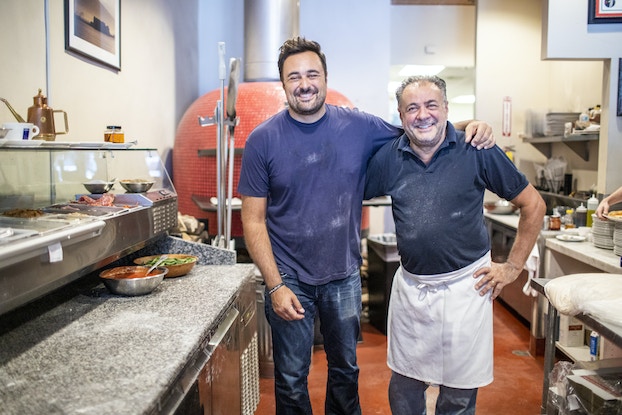 Family businesses have a big impact on America — they make up almost 60% of the economy's GDP and 63% of its workforce. — Getty Images/adamkaz

[Read More: Why You Should Consider Starting a Business Now]

In 1962, Sam Walton opened the very first Walmart store in Bentonville, Arkansas. The company’s success surpassed even Walton’s expectations, and Walmart has grown to be a retail giant.

Sam Walton died in 1992, and he left 50% of the company’s equity to his wife and children. His family manages these shares through the Walton Enterprise, a company set up to manage the family’s fortune.

S. Truett Cathy started Chick-fil-A in 1946, and the company is currently the third-largest fast food chain in the U.S., thanks to its unique franchise structure. Chick-fil-A currently has 2,470 locations across the U.S., and its sales are competitive with chains that have three times as many restaurants.

Throughout the years, the company has remained within the family’s control. S. Truett’s sons Dan and Donald Cathy currently serve as the CEO and executive vice president of Chick-fil-A.

The family continues to stay true to its southern roots, focusing most of its expansion across southern states. The Cathy family has expressed their dedication to preserving the legacy that S. Truett created.

Günther Quandt founded what would later become known as BMW in 1916. The company actually began as an airplane engine company before transitioning to one of the largest luxury manufacturers in the world.

Chick-fil-A currently has 2,470 locations across the U.S., and its sales are competitive with chains that have three times as many restaurants.

In 1972, Carnival was founded by Ted Arison with a single ship called the "Mardi Gras." The company struggled for the first couple of years it was in business. But eventually, Carnival made a name for itself as one of the most popular cruise lines in the industry.

Arison passed away in 1999, but his family continues to have an active role in the business. His children, Micky and Sharon, still own a large stake in the company. Micky currently serves as chair of the board of directors.

Most people are familiar with the broadcasting and cable company Comcast. Comcast was founded in 1963 by Ralph J. Roberts and the family still owns over 33% of the company to this day.

The company is one of the largest internet service providers in the U.S. Comcast also operates several TV stations, as well as Universal Pictures movie studios.

Roberts’ son Brian serves as chairman and CEO, and several members of the Roberts family currently work at Comcast.

In 1903, Henry Ford started Ford Motor Company in Detroit, Michigan. The company is currently the second-largest automaker in the U.S. and the fifth-largest in the world. In 2019, the company brought in an annual revenue of $156 billion.

Ford’s family still owns a 40% stake in the company and is still actively involved in the business. William Clay Ford Jr. serves as executive chairman, Elena Ford is the chief customer experience officer and Edsel B. Ford II serves on the board of directors.

Estée and Joseph Lauder founded Estée Lauder in 1946, and by 1960, the company had become one of the biggest names in the beauty industry. They had two sons who are actively involved in the business as well, and have been since the beginning.

Michael Dell started Dell from his college dorm room in 1984. Once the company proved to be a profitable venture, Michael Dell dropped out of school to focus on the business full time. The company’s success came from improving delivery times, cutting costs and providing exceptional customer service.

In 2016, Dell merged with the computer storage company EMC in a $60 billion deal, but the Dell family still owns a 75% stake in the company.

In 1946, brothers Theo and Karl Albrecht turned a corner thrift store into a low-cost supermarket called Aldi. Aldi is now a global supermarket chain with 10,000 locations.

Aldi is one of the biggest reasons companies like Walmart have struggled to gain a foothold in Europe. In 1979, the company acquired the supermarket chain Trader Joe’s as well.

When Theo Albrecht died in 2010, his sons Theo Jr. and Berthold inherited the family fortune. To this day, the family still owns 100% of the business.

Legendary investor Warren Buffett started Berkshire Hathaway in 1965. The company owns a number of other firms, including GEICO, Dairy Queen and Helzberg Diamonds.

Unlike some of the other companies on this list, Berkshire Hathaway doesn’t define itself as a family business, but Buffett still owns a majority share and voting control of the firm. Once he passes, the shares will be transferred to either his wife Susan or a family foundation.

CO— aims to bring you inspiration from leading respected experts. However, before making any business decision, you should consult a professional who can advise you based on your individual situation.

Want to read more? Be sure to follow us on LinkedIn!

CO—is committed to helping you start, run and grow your small business. Learn more about the benefits of small business membership in the U.S. Chamber of Commerce, here.

Get the one tech tool your startup really needs… for free.

Our FREE single sign-on app management system, COmpass, lets you access all your business apps in one place (with one password) and view key metrics from each of your apps on one screen. Spend less time remembering passwords and more time running your business with COmpass.

Brought to you by SquareStack