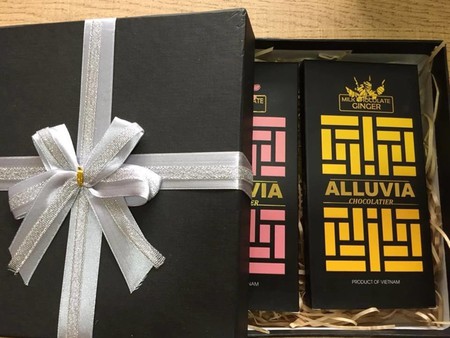 From coffee and tea to chocolate and even beer, Vietnam has plenty of local food and drink brands that have built up reputations good enough to go international.

Foreign food and drink brands may be loved in Vietnam, but these 11 brands are so popular locally that international brands can barely compete.

Vietnam is synonymous with the word ‘coffee’— over the past 20 years, the country has risen up the ranks and is now the second largest exporter of coffee beans in the world.

Trung Nguyen is the largest coffee producer in Vietnam and one of the most sought-after brands, both domestically and internationally, exporting to over 60 countries. They have hundreds of farms, distributors and coffee shops scattered around the country and their cafes offer a coffee experience akin to Starbucks in the States. 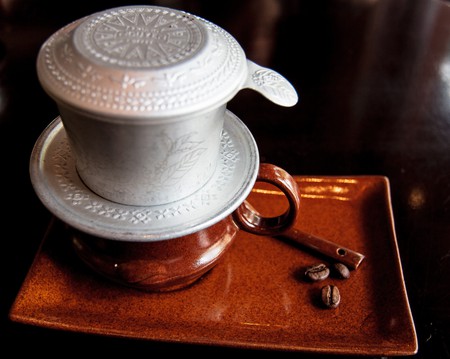 This beer may have colonial origins but it is now 100 percent Vietnamese-produced. 333 Beer was once known as 33 Beer (Ba Muoi Ba, in Vietnamese, which means 33) and was popular among American GI’s during the Vietnam War. Back then it was prepared as a rice beer, but after the fall of Saigon, the communist government changed the name to what it is now, to distance it from its colonial origins. Now it is made by Sabeco Brewery, which dominates the beer market in Vietnam. 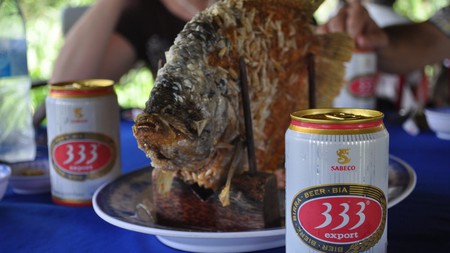 A beer in the Mekong

Marou is a Vietnamese artisan chocolate brand founded in 2011 by two friends who decided to combine their names in a creative way (Samuel Maruta and Vincent Mourou). Following domestic and international success, they have opened a gourmet dessert called Maison Marou café, just a five-minute walk from Ben Thanh Market in Ho Chi Minh City, which is akin to a mini chocolate factory. You can watch the artisans behind a glass window as they create chocolate magic: from chocolate-based drinks to desserts and beyond.

Founded in 1978, over the years Vinamilk has gained a reputation for being the most popular food brand in the country. In addition to milk, they make dairy products such as yoghurt, cheese, ice cream and even condensed milk — invaluable to Vietnamese people, as they love adding this to their cup of coffee every morning.

Uniben’s 3 Miền is the most popular brand of instant noodles in the country, satisfying the stomachs of millions of broke university students on a nightly basis. The name means “three regions,” which is how people normally divide the long stretch of Vietnam. Each region has a distinctive flavor that the noodles tries to replicate. 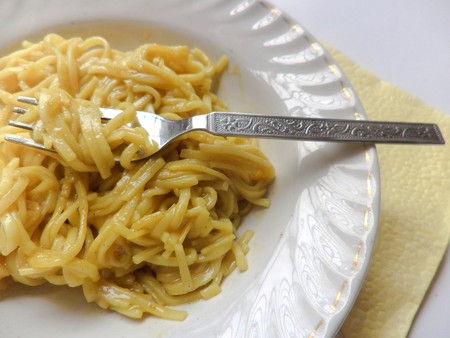 Highlands Coffee is the first private company started by a Viet-kieu (an overseas Vietnamese person), David Thai, who was inspired by Starbucks and wanted to open something similar in Vietnam. That he did. With over 80 cafes now in six different cities, Highlands Coffee is often mentioned as a favorite for locals to go enjoy a cup of coffee in a chilled-out environment. 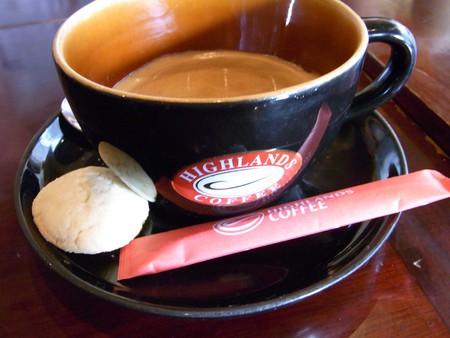 You may think this is yet another coffee brand on the list, but Phuc Long is known for its tea, rather than coffee – namely the milk tea and matcha latte. The products are a little pricier than usual, however it’s worth it as the venues provide a level of serenity that is hard to replicate elsewhere. The name is not pronounced the way you think — it’s more along the lines of “Foop Lam.”

Following the success of unbranded Vietnam-grown rice exporters, Ecotiger went ahead and introduced their rice brand ‘Ecorice’ to the Canadian, U.S. and EU markets. The company cooperates with farmers in the Mekong Delta province of Tra Vinh to grow organic rice using farming methods approved by these countries. Their vision is to get Ecorice to be a popular brand domestically as well.

Nutifood was established in 2000, and manufactures nutritional dairy food products such as milk powder and products for fetus growth that aids brain development and even height maximization. From the beginning, their products have proven popular, being continuously voted onto lists of top Vietnamese quality brands by consumers.

Because of health problems reported in Vietnamese children due to melamine in imported powdered milk, Ms. Thai Huong was driven by a vision to supply a daily glass of fresh milk to every Vietnamese child. Thus, she decided to build her own safe brand of milk, which has now become the largest turn-key dairy farm project in the world.

Alluvia is another popular bean-to-bar chocolate brand and behind it is a strong desire to put Vietnam on the map of the chocolate world. Their organically-grown cacao is sourced from a small village along the Mekong River, in the Tien Giang province where the alluvium in the soil gives the beans a unique fruity taste. Run by father-daughter duo Mr. Xuan Ron and Ms. Diep, this chocolate is another favorite of the more affluent locals in the country. The bars make for great souvenirs too. 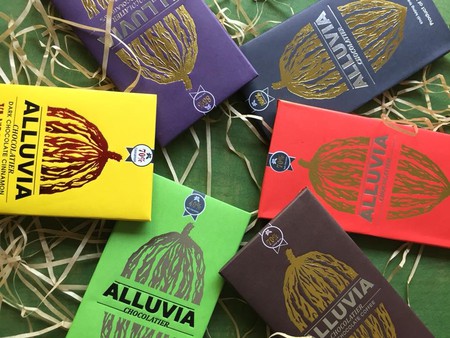