NYC is home to countless cuisines but aside from pizza and bagels, the next quintessential fare has got to be Chinese food.

From upscale options to old-school spots that have been around for a while there’s a Chinese restaurant out there for everyone. So much so that the options can definitely be overwhelming. We get that, so we’re here to help!

We put together a list of our top twelve favorite Chinese restaurants across New York City. And, because we’re extra nice, we even created a map (at the bottom of the article) showing their locations so you know exactly where each one is. Here are a few of our favs:

1. Birds of a Feather 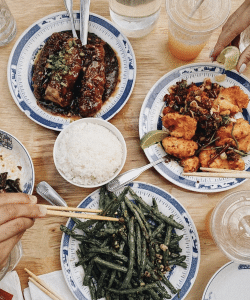 What: This Williamsburg spot has a large menu and gratuity is already included in the prices. Go-to items include their dan dan noodles and wontons in chili sauce, but you’ll definitely want to order a handful of things to share. 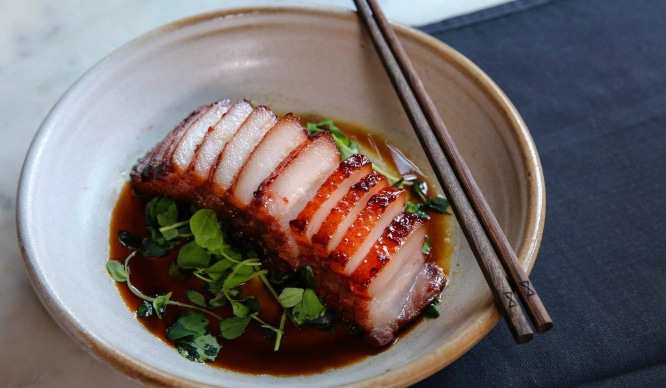 What: This upscale Chinese restaurant is located in a former two-story opera house that has a particularly chic vibe with dishes to match. Things you should try while there: the pork belly char siu, chicken liver paté, crispy sichuan eggplant, and squid ink noodles. 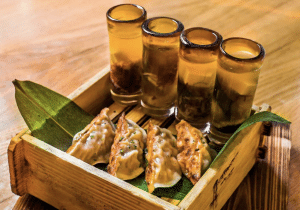 What: This restaurant, decorated with tons of potted plants, has an easy to share menu. And the way they serve their dishes makes them look almost too good to eat! 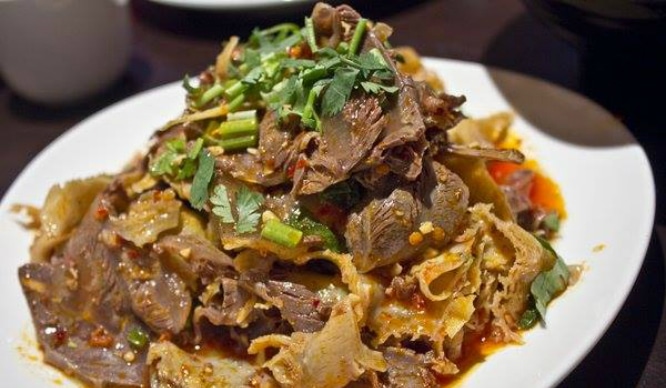 What: Critics say the chain’s best location is the original NY outpost on Third Avenue, and since that’s the only one we’ve been to we blindly agree. Their dan dan noodles are spicy but delicious, and the pickled vegetables are a must for the table. 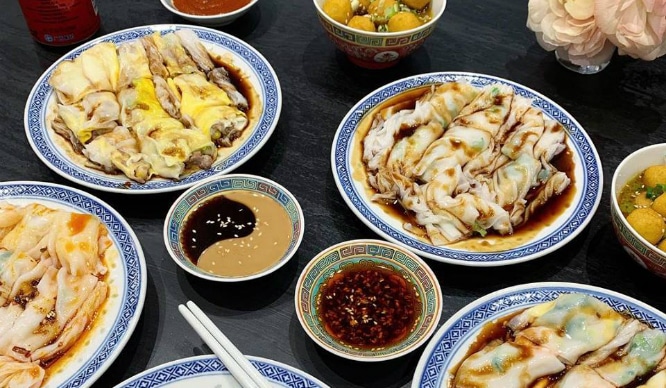 What: They’ve perfected a simple dish, the steamed rice roll. The soft rice rolls can be filled with anything you want from beef, to shrimp, to vegetables—or all of that in one if you’d like. You really can’t go wrong here. 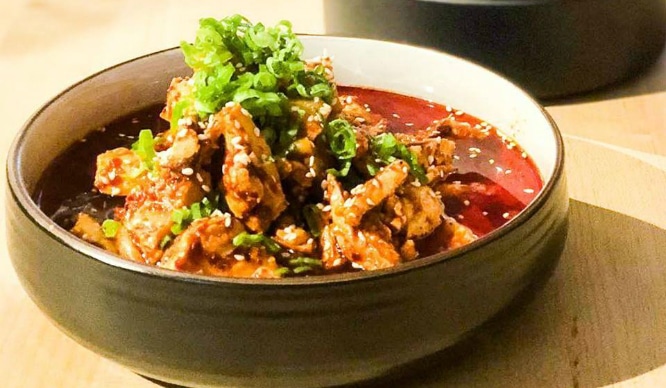 What: Known for their Chinese dry pot, this East Village eatery has over 50 ingredients for you to choose from! In addition to hot pot, diners can snack on smaller items like steamed egg custard. 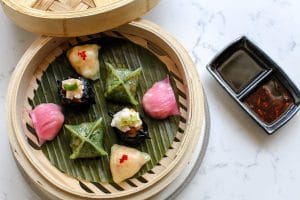 What: This Art Deco spot is putting a twist on all the usual menu items, such as Rosé Champagne shrimp dumplings and a special flaming peking duck that you can only order three nights a week. 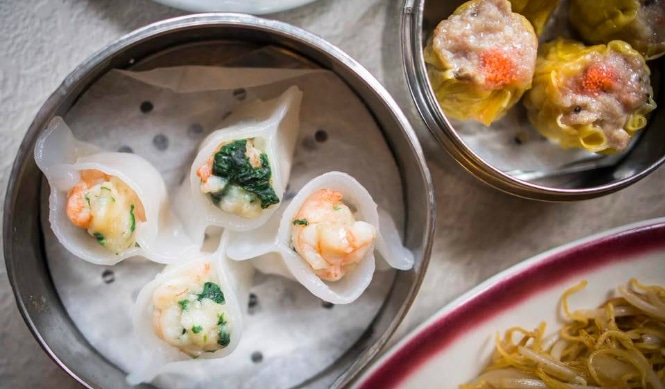 What: If you’re looking for dim sum Nom Wah Tea Parlor is where to go. It’s been around since 1920 maknig some of the city’s best dumplings. 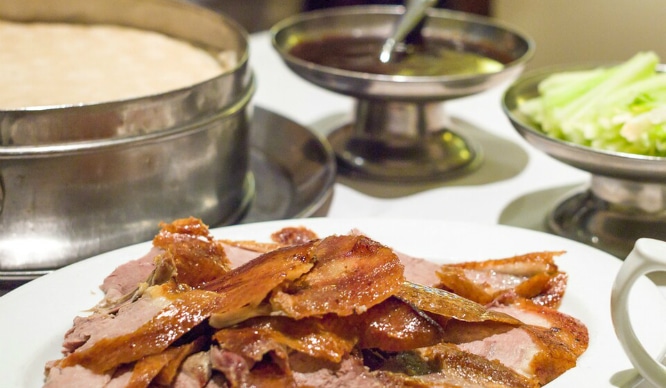 What: You can’t go to Peking Duck House without getting peking duck! Their prices won’t break the bank and their portions are large so you definitely won’t be leaving hungry. Their duck soup and chicken/beef with broccoli are really good, too. 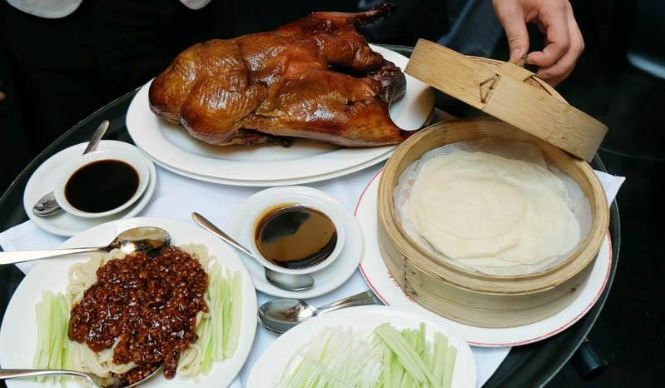 What: Serving up Beijing-style fare, Philippe Chow is a place meant to impress. Be ready to splurge a bit. 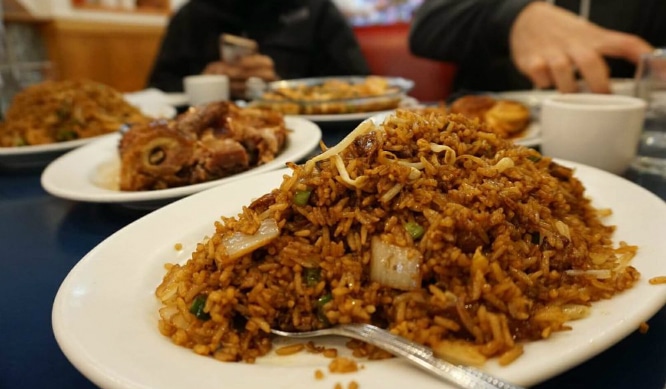 What: Located in Chinatown Two Bridges, Wo Hop is perfect for Chinese food at anytime of day…literally. They’re open 24-hours a day! 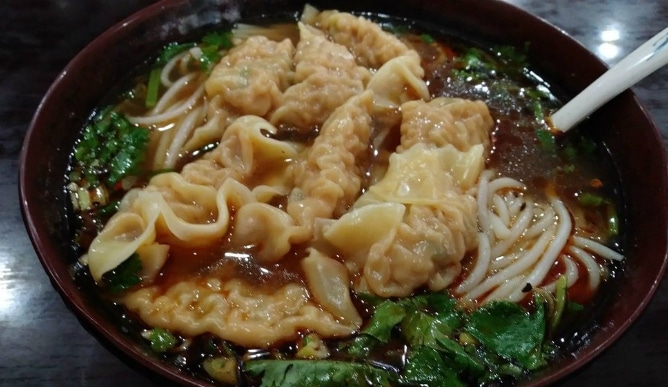 What: Yun Nan Flavour Garden is the perfect restaurant for take-out (and used to be mostly that due to its smaller original shop), but dining in is a wonderful experience now that there’s more space. The restaurant makes their own noodles, which are an absolute must-try and their menu item Crossing Bridge Noodles is one of their more popular dishes.