The victims were all believed to have been eating outdoors.

At least two people are dead and eight others injured after a car plowed into a Washington, D.C., restaurant during lunchtime Friday, authorities said.

Two people injured in the crash refused treatment at the scene, police said. 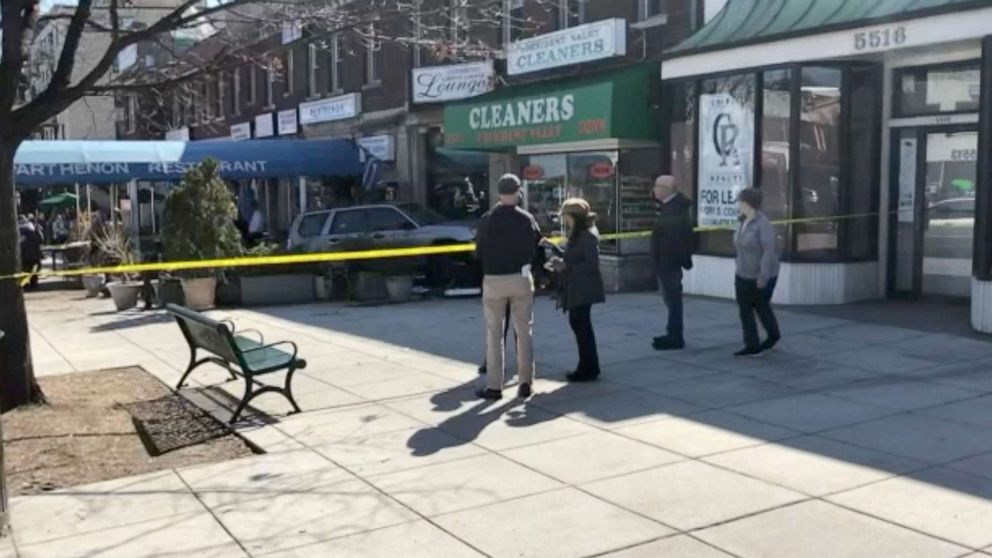 A car slammed into diners outside the Parthenon Restaurant & Chevy Chase Lounge in Washington D.C., March 11, 2022.

All victims are believed to have been sitting in the outdoor dining area of the popular Greek restaurant Parthenon on the sunny D.C. day when the SUV careened off the road, authorities said.

The victims range in age from about 30 to 80, according to D.C. Fire and EMS Chief John Donnelly.

The two women killed were identified by police Saturday as Terese Dudnick Taffer, 73, and Jane Bloom, 76, both of Northwest, DC.

"This is rare. … We haven't had an incident like this in many years," Donnelly told reporters during a press briefing Friday. "A car hitting a crowd of people is a very serious event. Obviously, which we see, it's a tragedy that results in a lot of injuries — serious injuries — so that's what we're dealing with right now."

The crash is believed to have been an accident, authorities said. The driver, described as an elderly man, was alone in the vehicle when he apparently lost control, D.C. Police Second District Cmdr. Duncan Bedlion said.

"There are no indications this was intentional in any form or fashion," Bedlion told reporters. 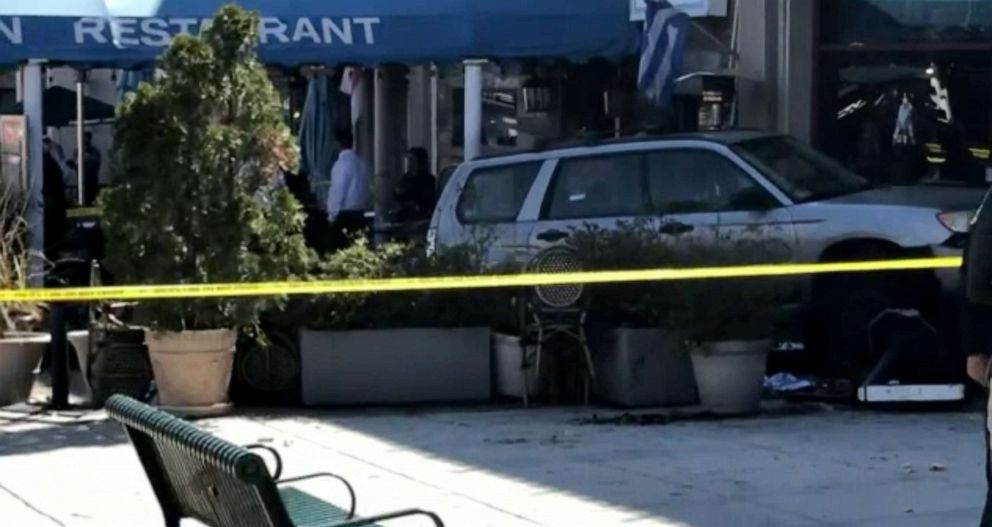 A car crashed into diners outside the Parthenon Restaurant & Chevy Chase Lounge in Washington D.C., March 11, 2022.

The man was traveling in a 2008 Subaru Forester through a parking lot "at an apparent high rate of speed" at approximately 12:17 p.m., police said in an update Saturday. After exiting the parking lot, the car eventually mounted the curb of the restaurant, "subsequently impacting seated patrons," before striking a barrier and stopping in front of the restaurant, police said.

The driver received treatment at the scene and is cooperating with authorities, Bedlion said.

No structural damage to the building has been found.

The Metropolitan Police Department of the District of Columbia is investigating.