Headings, paragraphs, blockquotes, figures, images, and figure captions can all be styled after a class is added to the rich text element using the "When inside of" nested selector system.

The rich text element allows you to create and format headings, paragraphs, blockquotes, images, and video all in one place instead of having to add and format them individually. Just double-click and easily create content.

When we think of ethnic foods, we tend to think of things like Chinese or Thai or Indian because of how foreign they are to we who’ve grown up on burgers and mac n’ cheese, but the truth of the matter is that ethnic foods are really just foods that come from a very specific ethnic background.

If you’re familiar with Cleveland, you probably know that Parma is a neighborhood home to a large German population. And that means that German restaurants are a bit of a staple around there – and you definitely need to give them a try. Here are the 6 best German restaurants in Parma that’ll make you feel like you’ve stepped right into Germany: 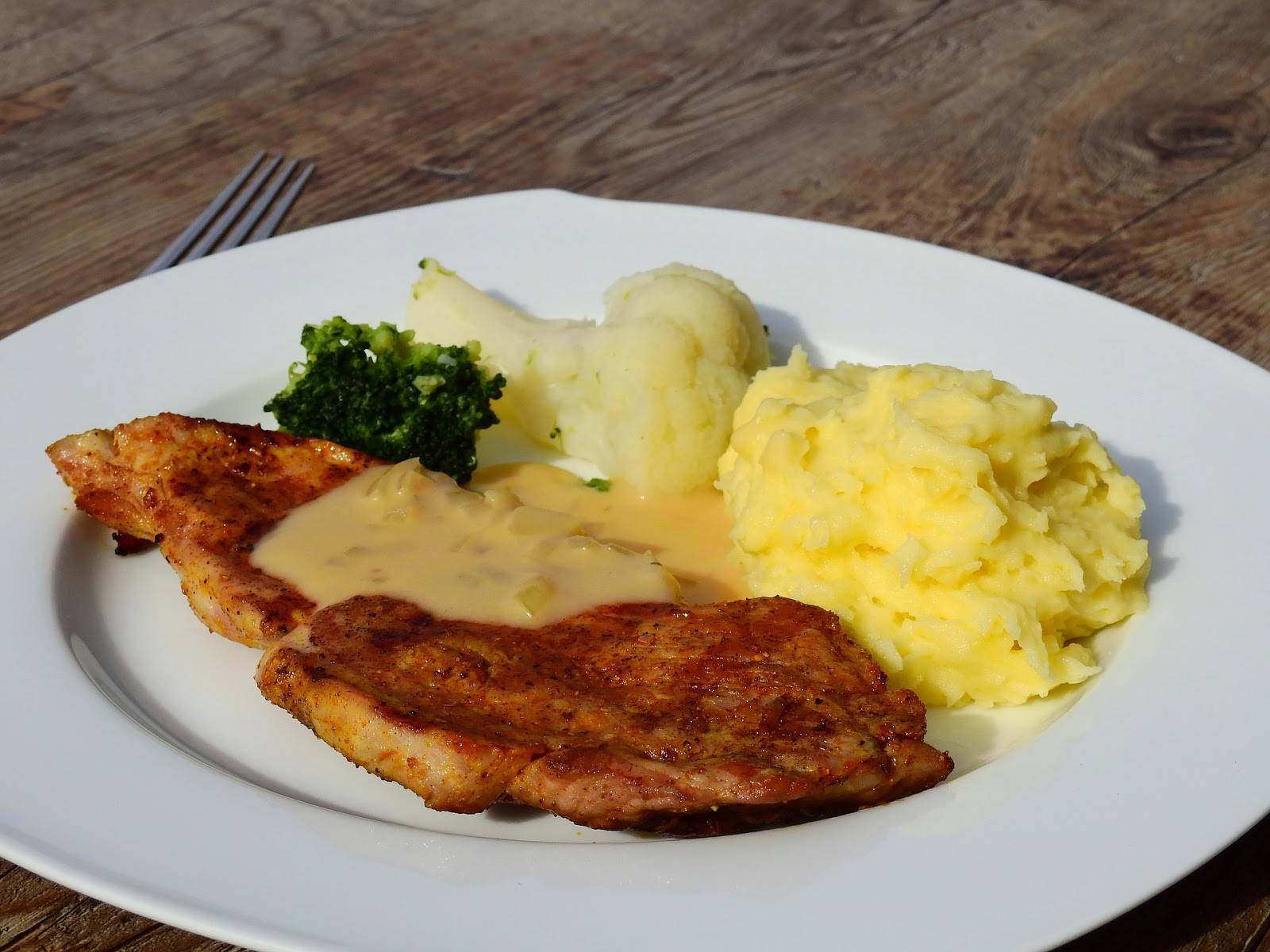 The schnitzel here really helps the place live up to its name, but that’s not even all they have to offer!

Cozy, warm, and packed full of some of the friendliest people you’ll ever meet, Das Schnitzel Haus is your go-to for authentic, homemade German food right in your neighborhood. They’re open for lunch and dinner every day of the week, so any time you get a hankering for some savory German classics, they are your place to stop.

The Djurin family opened Das Schnitzel Haus when they realized that the large German population of Parma was probably missing the taste of home. On their menu are some German favorites, including potato pancakes, goulash, schnitzels, bratwurst, spaetzle, and pierogies. Drop in for some warm food, great beer, friendly service, and an ambiance that will almost make you feel like you’re right in Germany.

“Holy Schnitzel! The first bite took me right back to Germany when I last visited in 2014, now I want to go back. Curry-wurst was a big thing back then and I thought I'd never taste it again, but they have it here as an appetizer.” – Yelp Review 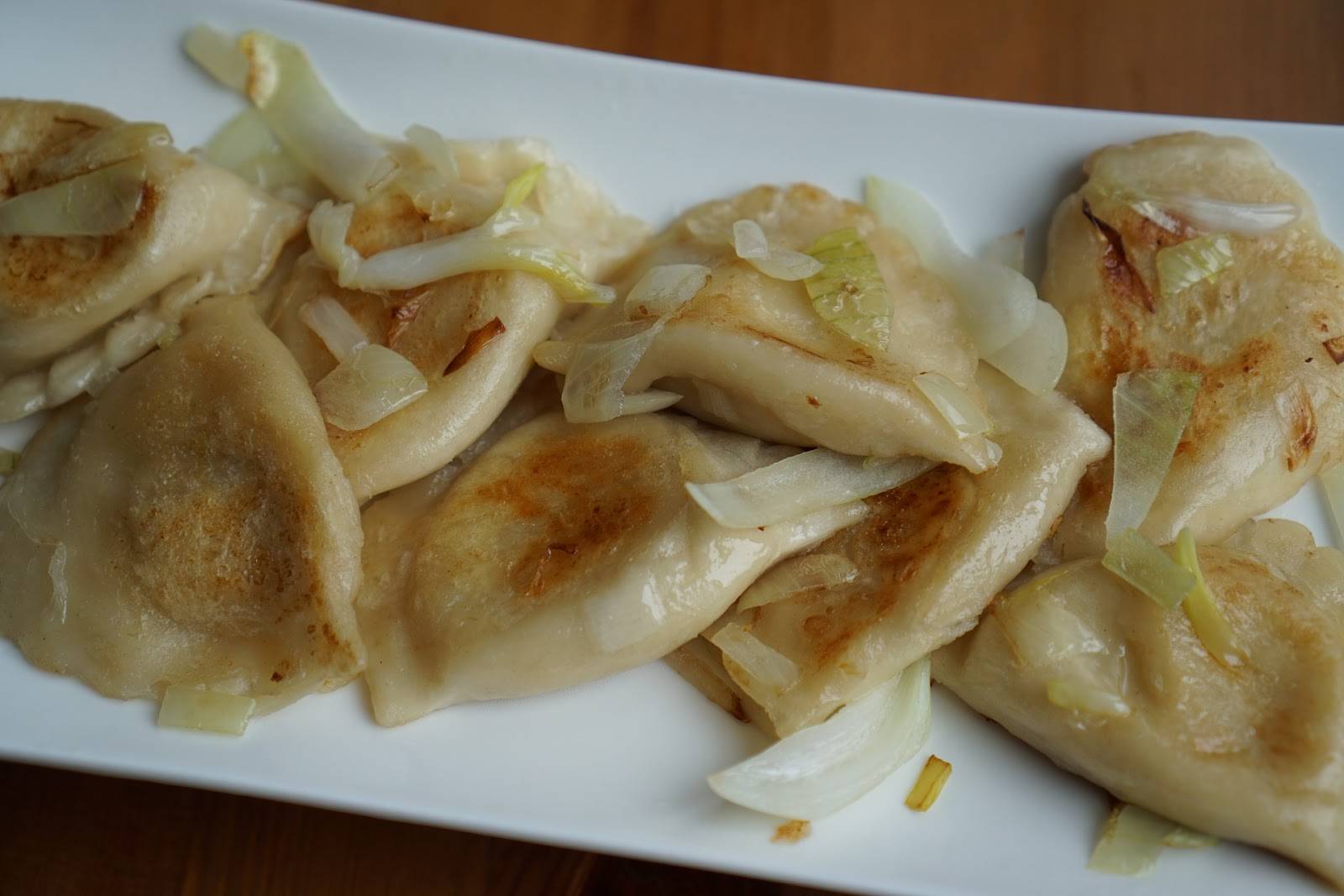 If you’re looking for a good, authentic German pierogi, Der Braumeister is exactly what you need.

For traditional German food and beer with a modern twist, you’ll have to check out Der Braumeister. Established in 1983 when Roy and Lydia Hoertz purchased a restaurant also previously run by a German family, this restaurant seeks to merge some of the classics that Roy and Lydia knew when they still lived in Germany with some elements of the modern world.

The kitchen is run entirely by women and an opa, and boy do they make some tasty food. They serve brunch, lunch, and dinner, and their menus all include some German classics (think bratwurst, pierogies, and schnitzel), as well as some American and American-German fusion (including some vegetarian!) options. That means that even if you're stopping by with a picky eater, there will be something there that everyone will like.

Because of Der Braumeister’s commitment to seeing the world through a modern lens while still sticking to their roots, you’ll find that a lot of the options on the menu take American classics and add a German twist to them – and you’re going to love it. As a local business, they also believe in supporting other local businesses, which is why you’ll find that they connect with several local farmers and vendors to get their ingredients and they even include local craft beers on their menu!

“Der Braumeister was fantastic. It felt like my German grandma was cooking for us. Super friendly and highly recommended!” – Yelp Review 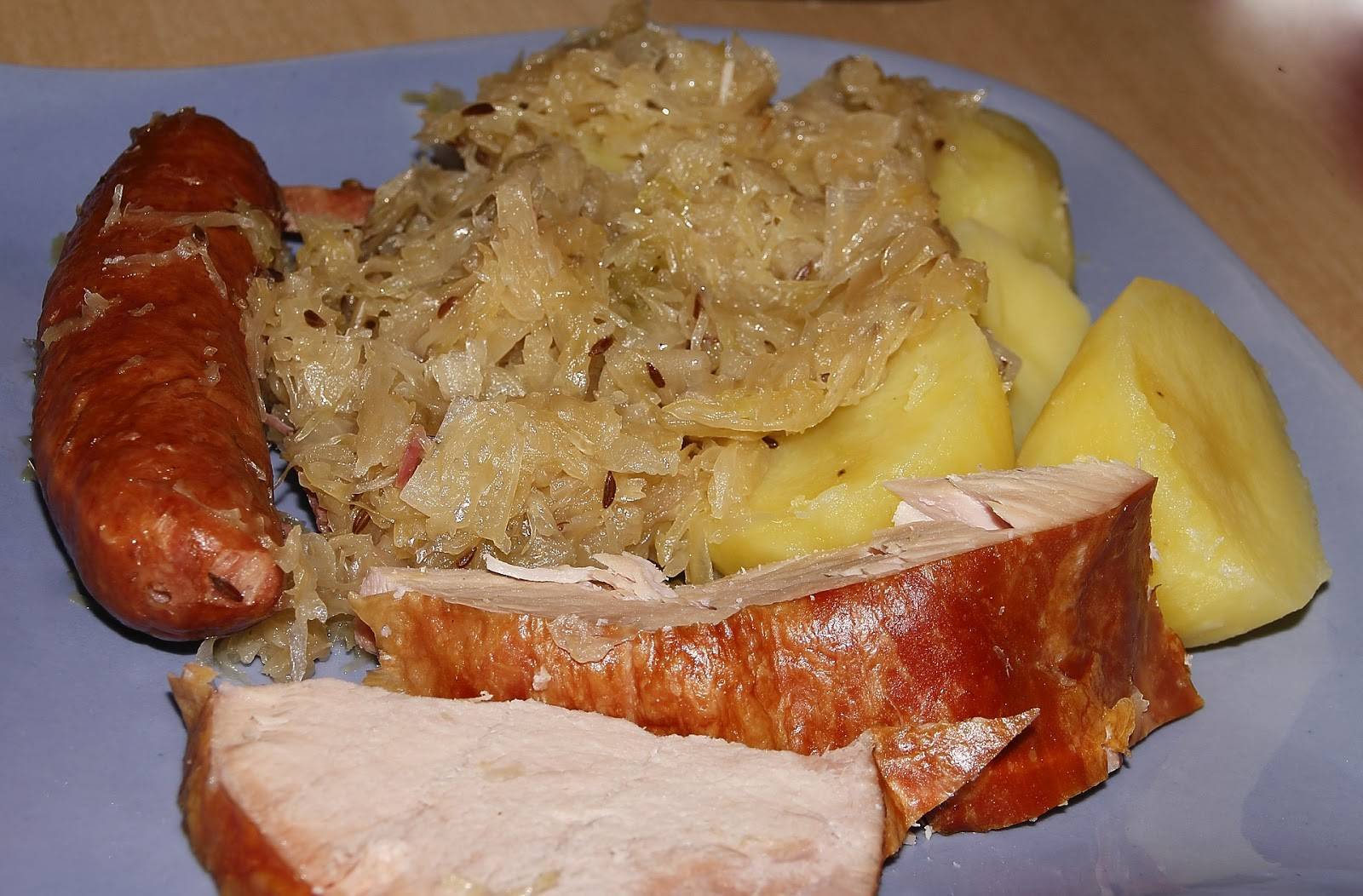 Whether you prefer it as a side or fried up into balls, there is no shortage of sauerkraut here.

While Donauschwaben’s isn’t technically a restaurant in its own right, they do have a restaurant that is open for lunch and dinner every day where you can stop by for some authentic German food. The society that put together the Center was established after a large wave of the Donauschwaben community emigrated to the United States following World War II. Today, they hope to pass on their heritage through this cultural center.

Donauschwaben’s membership is made up of people of all ages, and there are activities available for all of them to participate in. They practice their language, their songs, and even some traditional dances, and most importantly, they provide a taste of home to any Germans in the Cleveland community – as well as to anyone else who’d like to stop in.

Their menu is packed with Bavarian classics, such as chicken schnitzel, wiener schnitzel, and sauerkraut balls. They also have a bar separate from the restaurant, but because of their specific liquor license, you may need to be a member of the club in order to order drinks from there. Check with your server to find out for sure.

“Most people don't know that Donauschwaben's has an ‘every day’ restaurant available for lunch and dinner…now we do and we will definitely be back.” Yelp Review 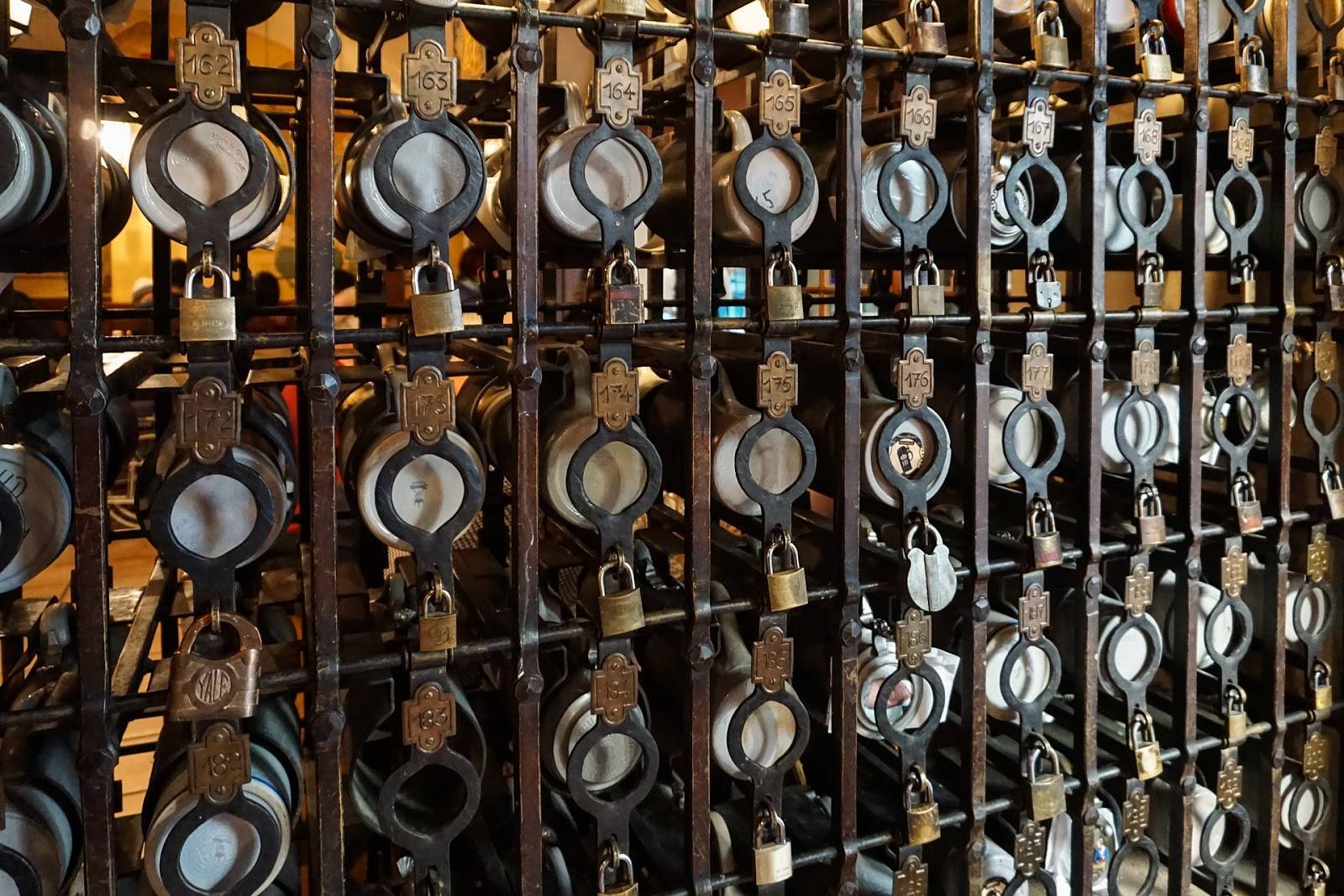 Since the Hofbrauhaus in Munich is a bit far away to book a reservation for tonight, why not go to the one right in Cleveland?

If you are at all familiar with Germany, you’ve probably heard of the famous Hofbrauhaus located in Munich. Germany’s a little far away to travel to for a night out, but luckily for you, Cleveland has its very own Hofbrauhaus that’s been modeled after the 400 year old one in Munich in neighboring Playhouse Square. The center opened its doors in 2014 to become the fifth Hofbrauhaus in the United States.

The rooms are all decorated in the same traditional fashion that the rooms of the original Hofbrauhaus have, and you can stop in any time to gather an authentic German experience that includes live music, food, and – most importantly – beer. Every day, you can hear live music played as you eat lunch or dinner and sip on a beer that’s been brewed right within the walls of Hofbrauhaus.

The Cleveland Hofbrauhaus seeks to bring together the old and the new every time you walk through their doors. They’ve combined the historic and famous Hermit Club with a newly constructed Biergarten, so you’ll see a combination of eras in the architecture as you walk the halls of this building.

“Hearty food, big beers and dancing – what else could you possibly want? This is a great scene for a large group! If you love authentic German food and beer then this is some place I would recommend checking out.” – Yelp Review 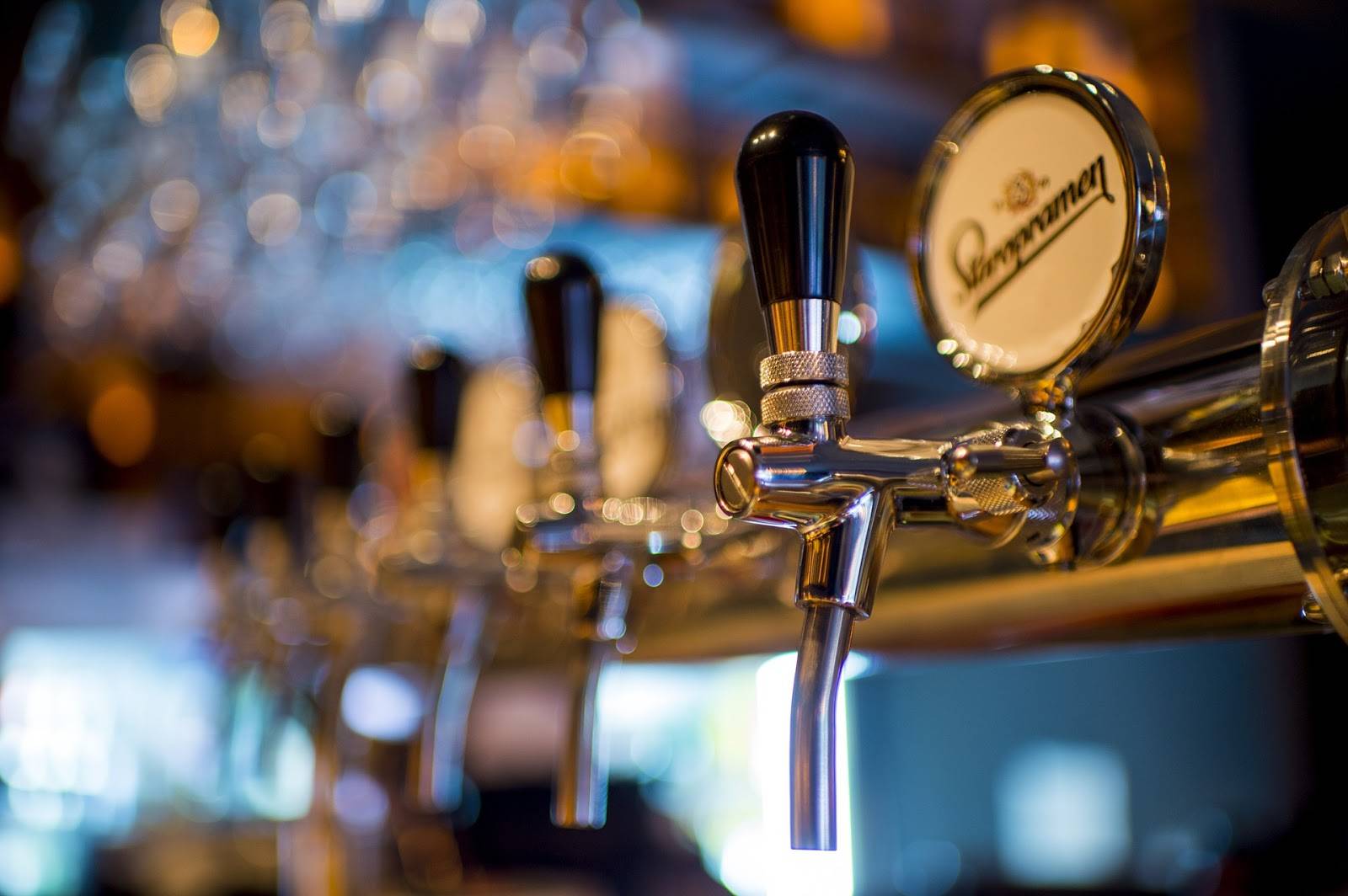 Whether you knew you needed these in-house craft beers, you absolutely do – and their food isn’t half bad, either.

When Hansa Brewery first began undergoing construction in 2013, it was the talk of the town for local Hansa fanatics. The owner, Boris Music, also owns and operates Hansa Import House, which has been a long time favorite of Easter European immigrants in the city since it began selling imported cheeses, meats, and beers over forty years ago.

So, when he first announced that he wanted to open up a brewery in the city, people were all for it. Today, the brewery is open and thriving. It contains 15 barrels of beer that are crafted in house, and you can also come by some of the most delicious German food at the Brewery’s restaurant if you’re willing to sit down and chat for a while.

With a combination of both German classics and traditional American food with a German twist (i.e.: burgers), you can’t really go long with the food here. Try some potato pancakes or some homemade German pretzels or a Hansa burger to satisfy whichever cravings might be plaguing you. And wash it down with a craft beer that will have you crawling back for more when next weekend rolls around.

“What an amazing surprise. Stopped in on our way though Cleveland and were so happy we did. Sat at the bar were served right away by the owner who described each beer we were interested in with samples.” – Yelp Review 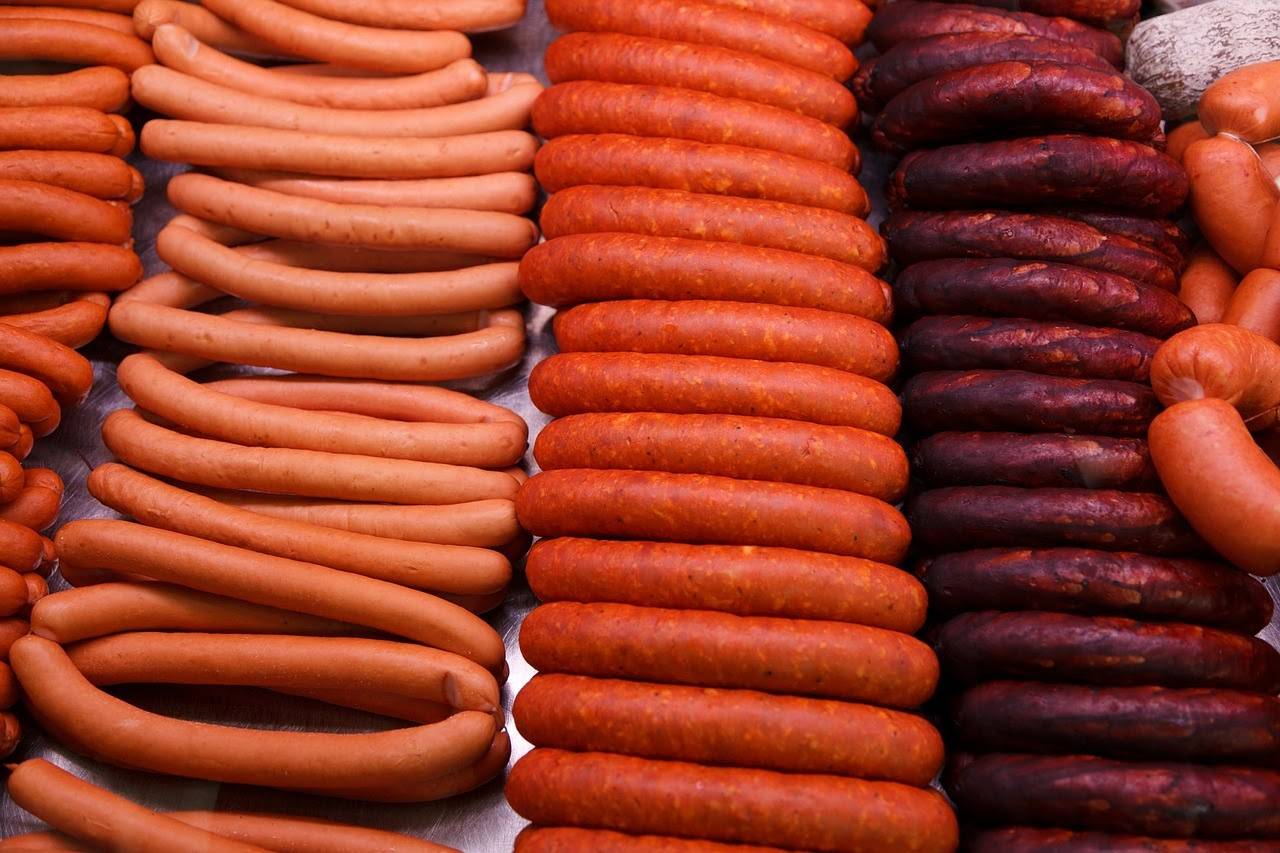 Once you’ve tried cooking up one of these freshly made sausages, you’ll never go back to buying it from the grocery store again.

Okay, technically this one isn’t a restaurant, but if you love fresh meat that you don’t have to do anything with besides slapping it on the grill, you need to stop by Old Country Sausage Kitchen. They’ve been open for over a decade by this point, and when it’s run by a friendly, honest German family, you know that you’ll be getting the best quality of meat for your buck.

Old Country Sausage Kitchen is home to the best homemade German sausages in all of Cleveland. They make anything ranger from cold cuts to over twenty different types of sausages, and their liverwurst has actually won awards! Because they make everything right in house, you can be sure that your sausages are going to be free of any fillers or preservatives that you would find in sausages you buy from any old grocery store. This is quality meat.

“Very friendly place, honest, and delicious sausages. Everything is made by the owner so you know the ingredients. No chemicals added. Best place in the market for home made sausages.” – Yelp Review

Maybe your mom made some store-bought bratwursts when you were a kid and you’ve been meaning to see what the real deal tastes like, or maybe you recently moved here from Germany and have been itching for a taste of home. Either way, these restaurants have everything you’re looking for in German food.