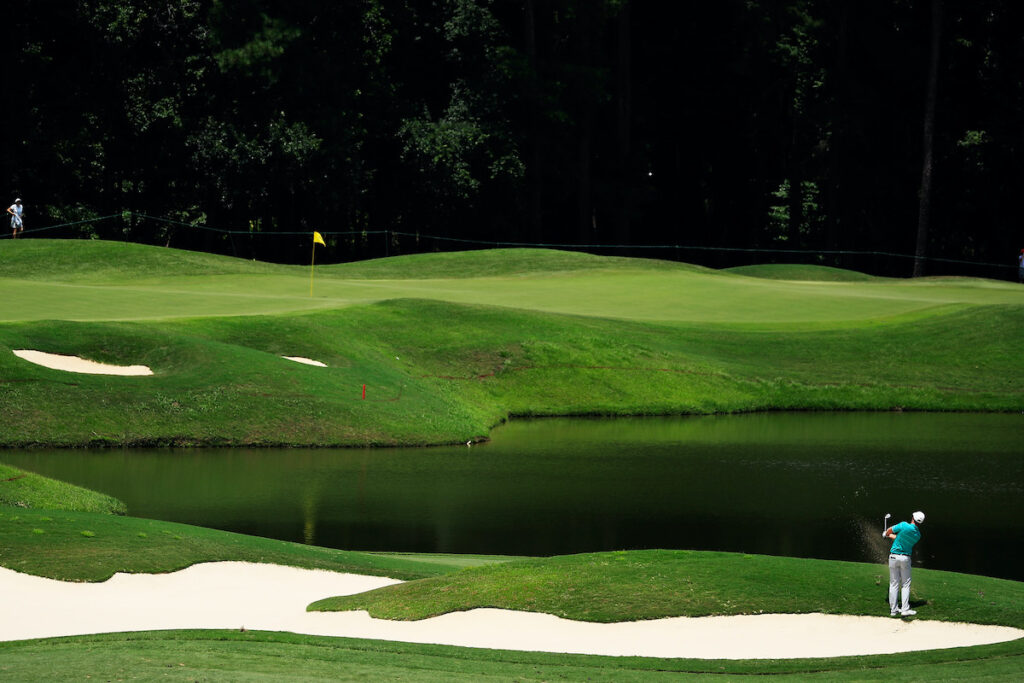 A golf trail is just that — a collection of courses that together promote a certain state to the world as a golf destination. Just about every state has them from California to New York, from Wisconsin to Florida, and every state in between. But there had to be a first — the granddaddy of them all — Alabama’s Robert Trent Jones Golf Trail (RTJ).

In 1980, the CEO of the Retirement Systems of Alabama, David Bronner, wanted to diversify the system’s pension fund while at the same time building the state’s tourism industry. Bronner recruited the help of legendary course designer Robert Trent Jones Sr. who was in semi-retirement to join him in his mission, and the result was the Robert Trent Jones Golf Trail.

At the time, RTJ was the largest golf destination project ever attempted. In all, golfers can play a total of 468 incredible holes over 26 courses and 11 sites across the state, all designed around the area’s natural topography.

The trail has become a true golf destination for presidents and celebrities as well as the average golfer with beautiful scenery, history, and resort-style dining and lodging.

Pack up the clubs and head to Alabama and take in these eight experiences on the unique Robert Trent Jones Golf Trail.

With a gorgeous sunset on the horizon, the stillness and tranquility of the moment enveloping you, and the lonely sound of a bagpipe playing in the distance makes you think you were standing on a Scottish moor, when in fact, you are only 20 miles from downtown Birmingham.

Welcome to the Renaissance Ross Bridge Golf Resort and Spa in Hoover where the Scottish atmosphere continues at the hotel with its soaring turrets and detailed exterior stonework. It resembles an ancient Scottish castle.

Inside, the resort hotel has 259 cozy and well-appointed rooms plus a 12,000-square-foot spa and a eucalyptus steam room.

As for the golf, many say that the 18-hole course at Ross Bridge doesn’t have a single signature hole besides 18. Ten of the holes play alongside two beautiful lakes and between the 9th and 10th holes, there is a stunning 80-foot waterfall.

2. The Resort Experience At Its Best Without Breaking The Bank

We just mentioned the resort hotel and spa at Ross Bridge, but that’s not the only resort experience along the RTJ. There are five in all.

Besides Ross Bridge, there is the exquisite Grand Hotel on the banks of historic Mobile Bay; gorgeous views of the course at Capitol Hill in Prattville; rooms with a view of the glimmering waters of Lake Saugahatchee at the Auburn-Opelika Resort and Spa at Grand National; and stunning views of the Tennessee River from the Marriott Shoals Hotel and Spa in Florence.

3. Tee Off At One Of The World’s Largest Courses

On the banks of the Tennessee River in north Alabama, there are two 18-hole courses that will really challenge you. Both are found at the aptly named Shoals.

The first is called the Schoolmaster. Named for President Woodrow Wilson who was responsible for acquiring the funding to build nearby Wilson Dam, the 18-hole course culminates in a dramatic view on the final hole of the river from high atop a rocky bluff.

The second is called the Fighting Joe. Named in honor of General “Fighting Joe” Wheeler (the only Confederate general to attain that rank in both the Confederate and U.S. armies), the course is the first in the state to break 8,000 yards. It was named the Top New Course in 2004 by Travel + Leisure.

Across the river from Florence is the town of Muscle Shoals which is famous for the music that has been made there. While in the area, be sure to tour the Fame Recording Studio where many legendary artists have recorded — like Wilson Pickett, Aretha Franklin, Etta James, and the list goes on and on. 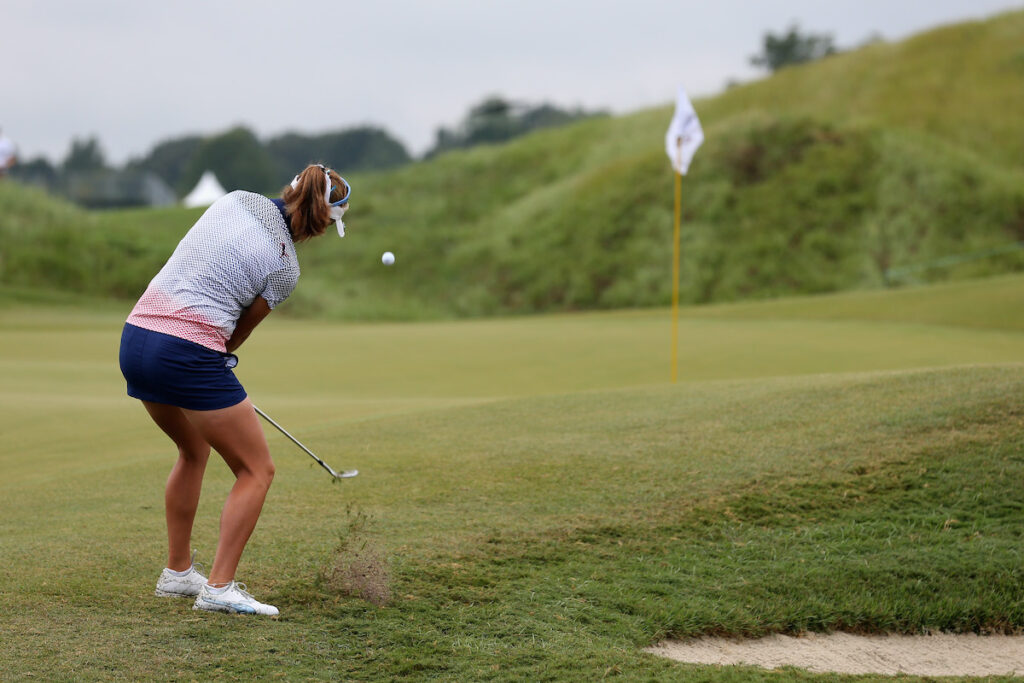 The scenery at Capitol Hill in Prattville — just north of the state capitol in Montgomery — makes it difficult to concentrate on your game.

Capitol Hill boasts three 18-hole courses, all of which have incredible landscapes. On the course called The Judge, your game begins at the first tee with a difficult but straight downhill run to the green. From the tee, the view is amazing as you look down the tall slope to a massive glimmering lake.

Throughout Capitol Hill, there are shimmering lakes, flowering azaleas and dogwoods blooming in season, and handsome Spanish moss-laden oaks lining the course. It’s enough to distract from your game if you’re not careful.

Two of the courses at Capitol Hill have been nationally ranked as being among tops in the game.

5. Play Where Presidents And Celebrities Golfed

Along the Alabama Gulf Coast on the banks of Mobile Bay, we find the Lakewood Club at the historic Grand Hotel Golf Resort and Spa.

The two 18-hole courses first opened in 1947 and have played host to President Gerald Ford, comedian Bob Hope, and the Reverend Billy Graham. The golf courses and resort have been named as one of Golf Magazine’s Best Golf Resorts in America on numerous occasions.

The courses are absolutely stunning with 200-plus-year-old oaks lining the fairways. The Azalea Course is aptly named. It is lined with brilliant flowering azaleas. The Dogwood course is a real challenge as it winds its way around marshes. The 17th hole is surrounded by three water features.

The Lakewood Club is open on certain days for certain guests. One day it may be Grand Hotel guests, the next day it might be RTJ Golf Trail card holders, while other days it may be Lakewood Club members. Be sure to check their calendar.

6. RTJ Has Eight Of The Top 10 Courses In The State

I think by now you can see why the Robert Trent Jones Golf Trail is a real gem in Alabama. Out of all of the 130 golf courses in the state, eight of the 11 RTJ sites have been ranked as a top 10 course in the state:

Besides the courses highlighted above, there are six more that complete the Robert Trent Jones Golf Trail:

Pro Tip: Non-Stop Golf Is Just A Card Away

Be sure to purchase an RTJ Trail Card. The card only costs $49.95. With the card, you receive discounted greens fees, advanced registration privileges, discounts on merchandise from golf shops, a subscription to the RTJ newsletter, and more.

You can reserve public tee times at any of the RTJ courses by visiting their reservation website. There is a special online reservation portal for RTJ Trail card holders.

The golf trail offers some great seasonal getaway packages throughout the year that includes lodging, meals, and tee times. Check out their offerings online.

For more exhilarating golf experiences around the world: