Halloween only comes around one glorious, but all-too-short, day a year. Lucky for horror enthusiasts, there are plenty of restaurants around the country that sport spooky vibes all year long, from the kitschy to the legitimately haunted. This Halloween season, take advantage of the fact that it's socially acceptable to feed your horror obsession and hit up these spots. — Katherine Martinelli 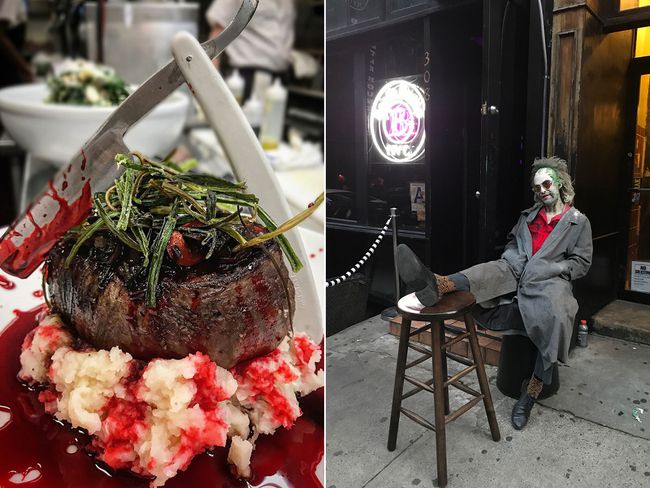 Though they are quick to point out they have no official affiliation with Tim Burton, Beetle House—now with locations in New York and Los Angeles—takes its inspiration from films like The Nightmare Before Christmas, Edward Scissorhands and, of course, Beetlejuice. When they first opened, they booked up months in advance with people eager to try dishes like “Edward Burger Hands,” “Veggie Corpse Burger” and “The Walking Steak.”beetlehousenyc.com308 E 6th St, New York, NY 10003; 646-510-47866356 Hollywood Blvd, Los Angeles, CA 90028; 929-291-0337. 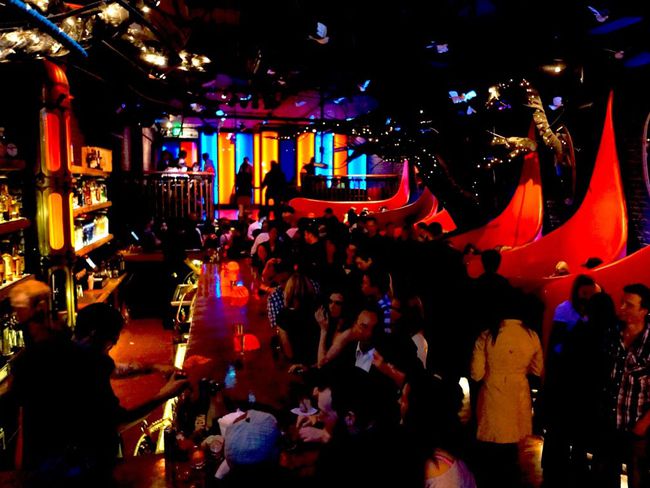 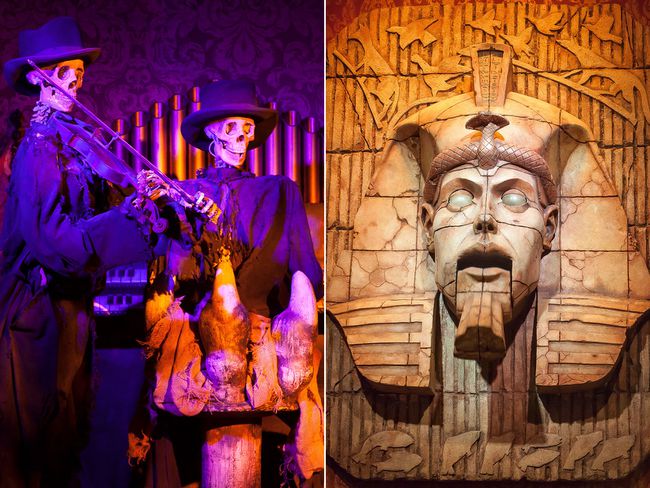 Billed as New York’s only haunted restaurant and bar, Jekyll and Hyde Club is the ultimate in spooky, kitschy dining with costumed waiters, secret doors, things that pop out at you and decor like a creepy explorer’s club. To truly enter an alternate state of being, try one of their house cocktails like “Death by Poison” or the “Alter Ego.”jekyllandhydeclub.com91 Seventh Ave. South, NY 10014; 212-989-7701 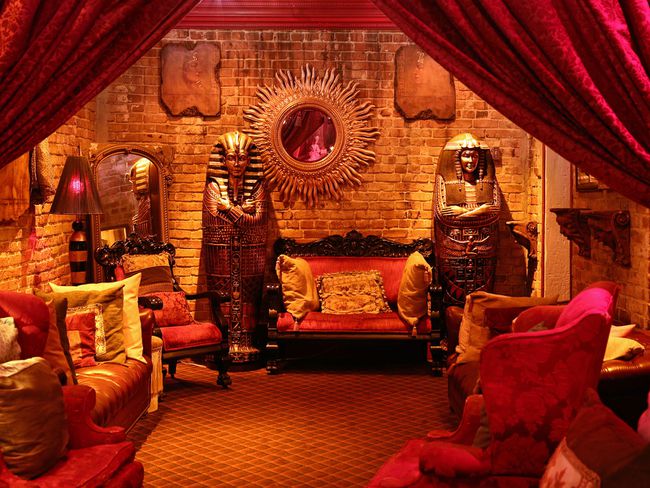 Plenty of restaurants claim to be haunted, but Muriel’s Jackson Square in New Orleans truly embraces its ghosts. Separate from the main dining and drinking areas, the Séance Lounge is decorated like the eighteenth-century bordello the building was once home to. This is where their primary otherworldly resident—Pierre Antoine Lepardi Joudan—purportedly prefers to hang out.muriels.com 801 Chartres St., New Orleans, LA 70116; 504-568-1885. 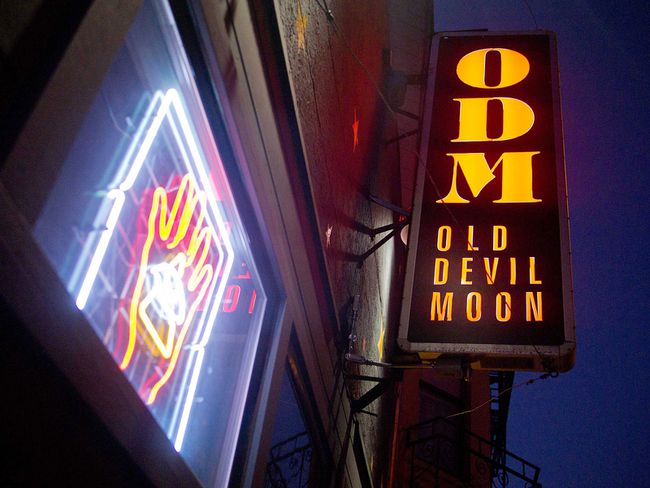 With a tagline of “Mischief Made, Spirits Raised,” this San Francisco occult-themed bar and restaurant channels New Orleans with a menu full of po’ boys, muffalettas and crawfish—not to mention a “Po’ Julep” cocktail on tap. Get your fortune told in between drinks and don’t miss the Ouija Board mural in the bathroom.olddevilmoonsf.com3472 Mission St., San Francisco, CA 94110. 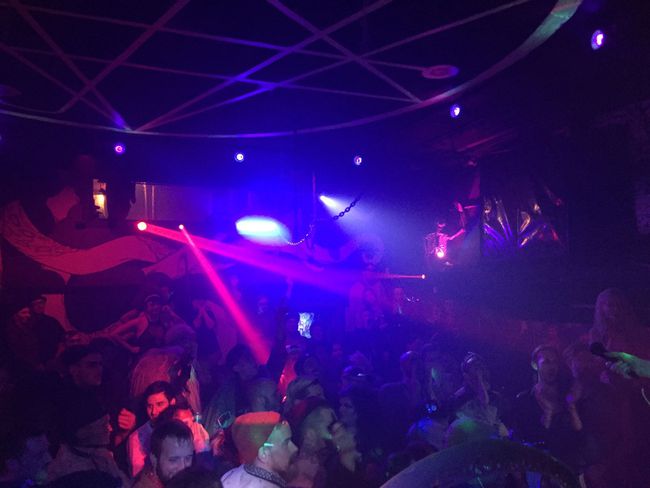 This Portland-based watering hole self-identifies as a “horror-themed dance bar,” and is decorated as such with skulls, tentacles, a coffin, and, of course, images of pulp horror master, H.P. Lovecraft. Expect burlesque shows, tarot readings, horror movie nights, lots of goth and new wave music and plenty of fog. Fuel your dancing with vegan sandwiches like “Hail Chick’n Seitan,” “Kale ‘em All” and the “Bunslawter.”thelovecraftbar.com 421 SE Grand, Portland, OR 92714. 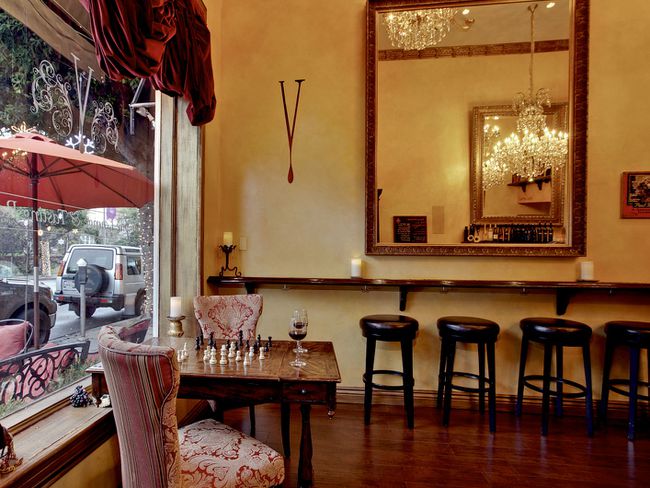 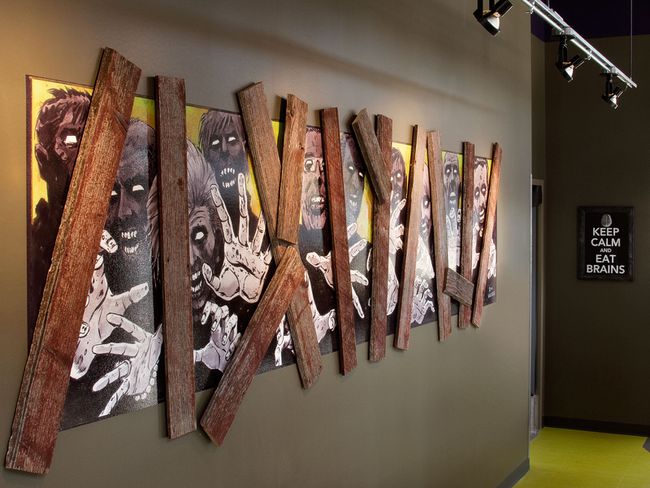 Claiming to be a “GOREmet eatery” in a “post-apocalyptic chic setting,” this Iowa-based mini chain with five locations is all about the burgers. Try “The Walking Ched,” “28 Days Later,” or “Mushroom Apocalypse” for a taste of their humorous approach to horror. zombieburgershakelab.com Multiple locations 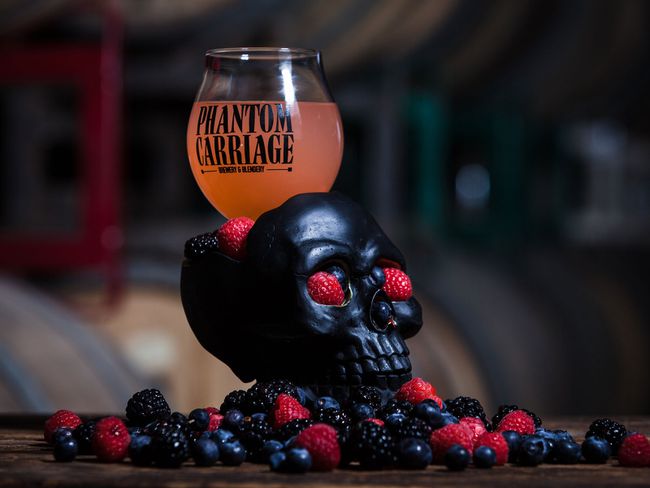 Named after a 1921 Swedish horror flick, Phantom Carriage Brewery has a definite Grim Reaper vibe. The Carson, CA brewery and café comes complete with skeleton decorations, events like horror movie nights and horror trivia, dishes like "The Slasher" and "Jar of the Living Veg," plus Crawling Eye beer to wash it all down. phantomcarriage.com 18525 South Main St., Carson, CA 90248; 310-538-5834.