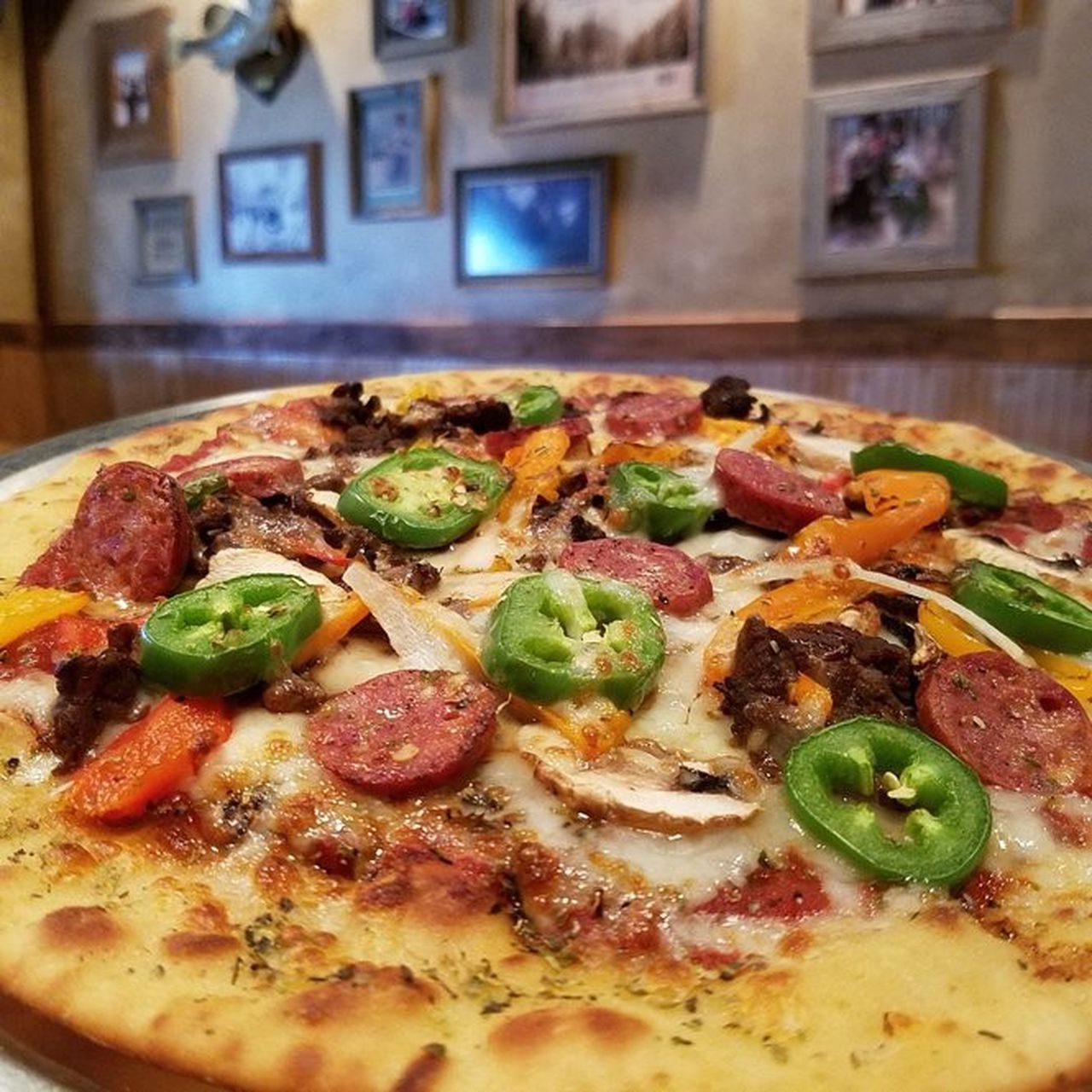 Daniels was the man who got Lawrence started with hunting as a kid. Which sparked a lifelong passion for the outdoors, and Hunt Club Burgers n Grill, the Madison restaurant Lawrence owns and operates with wife Violet Lawrence, grew from this passion.

Hunt Club entrees feature a variety of wild game meats. You can get burgers here made from elk, antelope, venison, wild boar or bison. You can get brats made from reindeer or rattlesnake. Sausages of pheasant or rabbit. You can get wild game on your nachos. In your sub sandwich. Recently, Hunt Club started doing wild game pizza, including one topped with elk sirloin and sausage, mushrooms, sweet peppers, onions, mozzarella.

The idea for Hunt Club came to Bo around 10 years ago, fittingly enough, while he was in a tree stand.

"Looking at the market with grass-fed beef and everything else and trying to eat leaner and healthier meat," Lawrence says. "With wild game, you can't beat it. It's the leanest of the leanest." 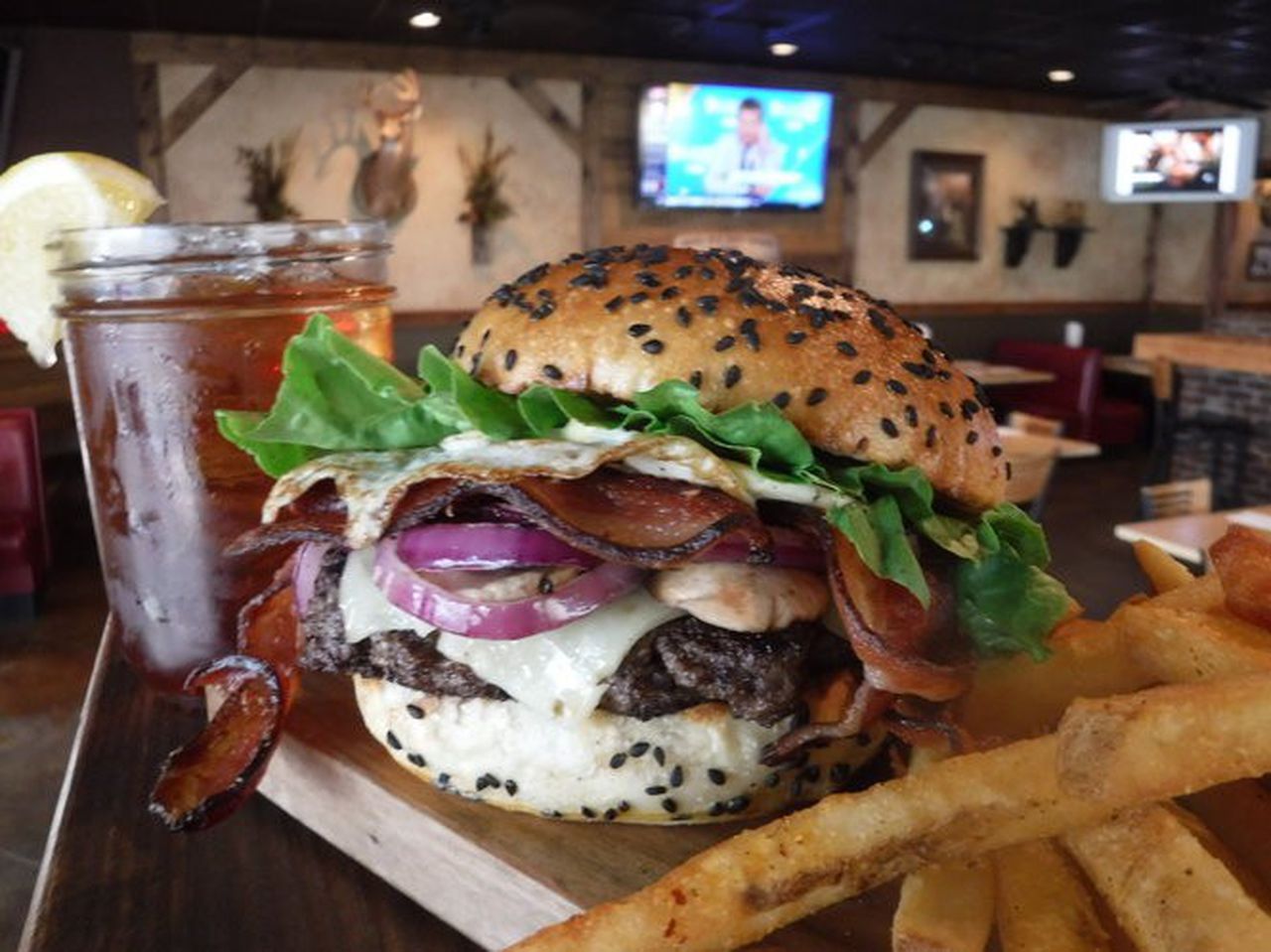 It's a formidable burger. And for $14.99, it should be. If that's too pricey for you, Hunt Club also sells Angus beef burgers started around $7.50. The menu includes several other more affordable options, including chicken wings (10 for $9.99) and Angus beef hotdogs ($6.99 and up). There's a sense of humor, too. The restaurant's mix salad is called a "Bad Hunter." Vegetarians can also check out the "Vegee" Wrap, stuffed with cheese, spring mix, fire roasted bell pepper, onion, sweet corn and black beans.

The wild game Hunt Club serves is all fresh, shipped overnight on dry ice from "anywhere from North Dakota to Dallas," Lawrence says. "It's hard work. You can't just call your local distributor and say, 'Hey, you got any game?' So you're constantly on the phone, constantly trying to find. It's pretty intense. Sometimes we don't have product. Antelope's hard to find."

"A chef really has to be really on their game, no pun intended. It goes from medium to dry in three seconds. So you've got to cook and focus on that meat. It's not an easy 'A.' Cooks back there'll get 15 burgers and they all cook different. Elk, venison, wild boar … all three cook different."

The Lawrences opened Hunt Club at 10871 County Line Road in September 2015. Pulling up to the restaurant it's impossible not to notice the gigantic yellow gun range next door, Last Resort Guns. "It's been a great combination," Lawrence says. The restaurant has played off the proximity, with a "Bullets-Burgers-Beers" event involving a timed shooting competition over at Last Resort with top scores announced afterwards at Hunt Club, during the burgers and beers part. Libations here include a solid craft-beer selection, including Dogfish Head Brewery offerings. 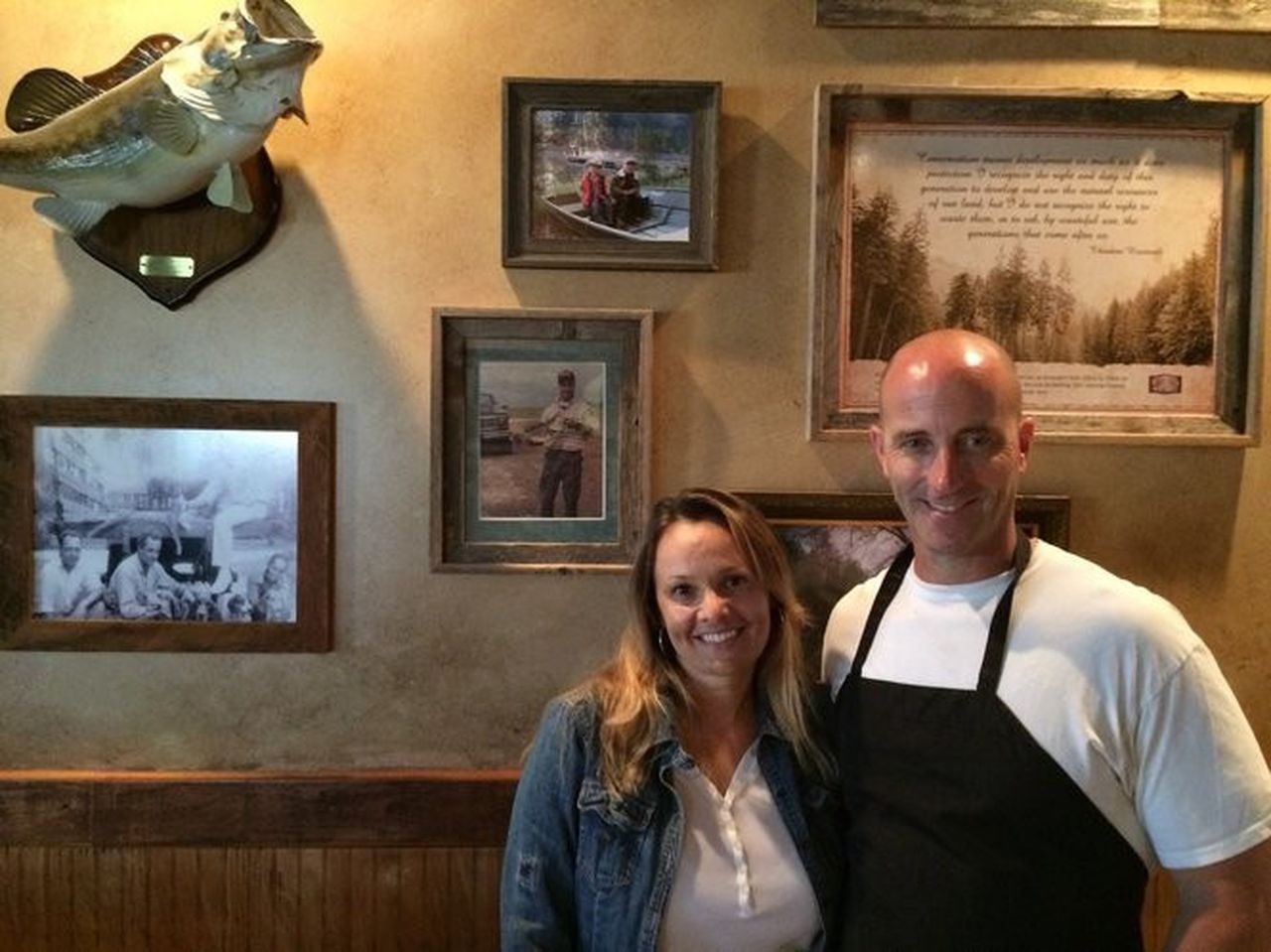 In addition to Lawrence's grandfather's rifle, Hunt Club's dining room is decorated with stuffed deer heads, fish and even a bobcat, all of which Bo hunted himself. "I wouldn't let him hang them in the living room  and said, 'You've got to find a place to put them,'" Violet jokes. "So he opened up a restaurant." Family photos, mostly hunting and fishing related, also dot the Hunt Club dining room walls and under Plexiglass, table tops.

This isn't the Lawrence's first Hunt Club. The couple previously operated two in Florida where they lived before moving to Madison. Bo also opened several Subway and Tropical Smoothie franchises. But after he suffered a major heart attack "I got out and we said time to take a break. Shut everything down, took a couple years off." Today he looks fit and well. From a certain angle he resembles "Mad Men" actor Jon Hamm with a shaved head. "We moved up here, was feeling good and it was time to get back at it," Bo says. He's wearing his black apron over a white T-shirt. 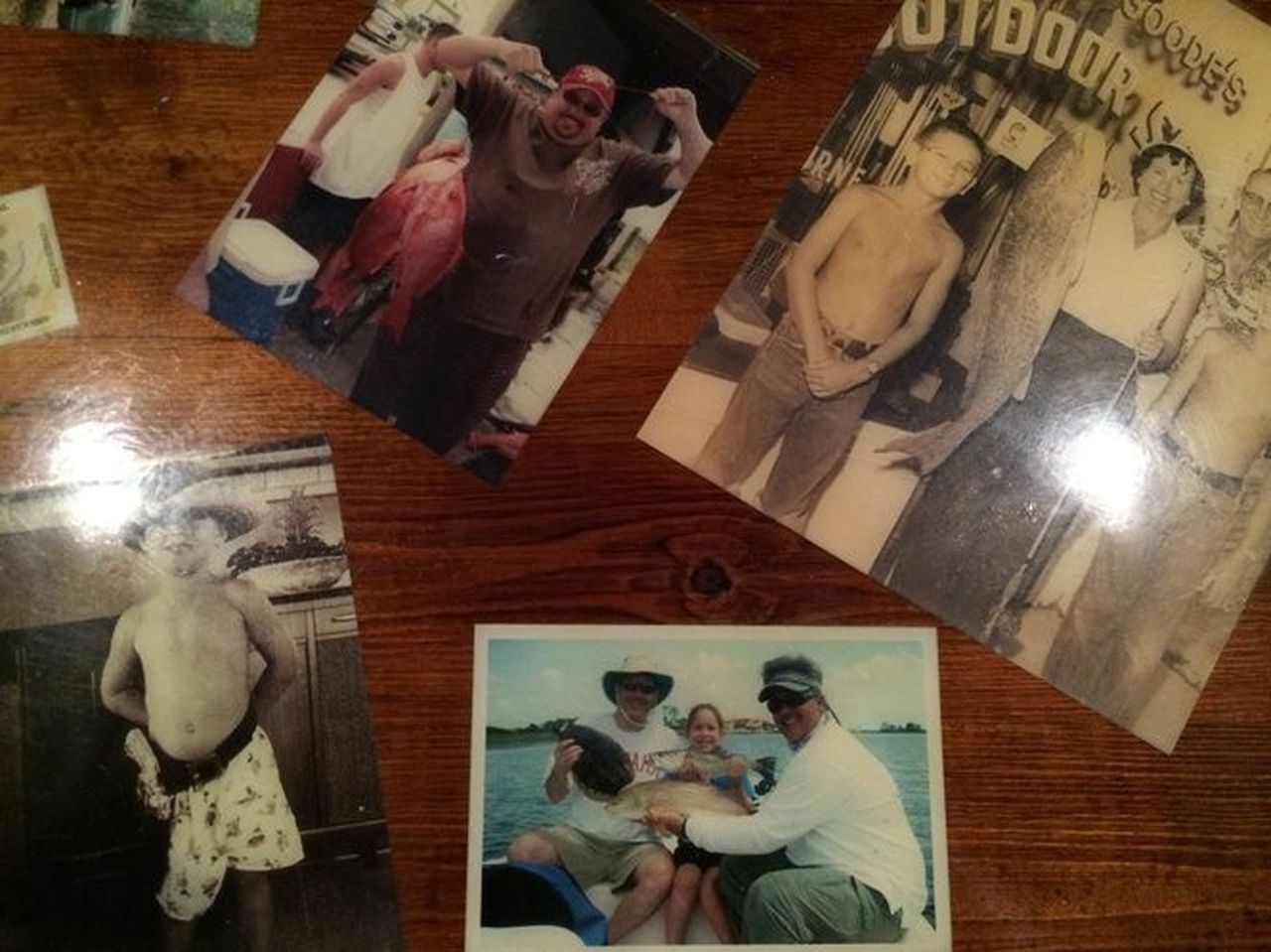 "You'll have corporate guys sitting here," Bo gestures toward a nearby booth, "and a group of hunters sitting at the next table and they'll start exchanging stories. It's really a hunt camp atmosphere and an experience." Things are going well enough with Hunt Club, the Lawrences are looking to expand and open additional Alabama locations, with Birmingham, Florence and Tuscaloosa mentioned as possibilities.

Violet, who's originally from the Chicago area and has a background in advertising and event planning, and Florida native Bo first met years ago at a restaurant through mutual friends.

Like many restauranteurs, the Lawrences spend many waking hours at their business. When they get some time away, their family has been enjoying North Alabama's mountains, hiking and camping. "We'll be kayaking down the Flint (River) and hear, 'Hey, Hunt Club!'" Bo says with a smile. "It feels like we've been here a long time even though we've been here less than two years."