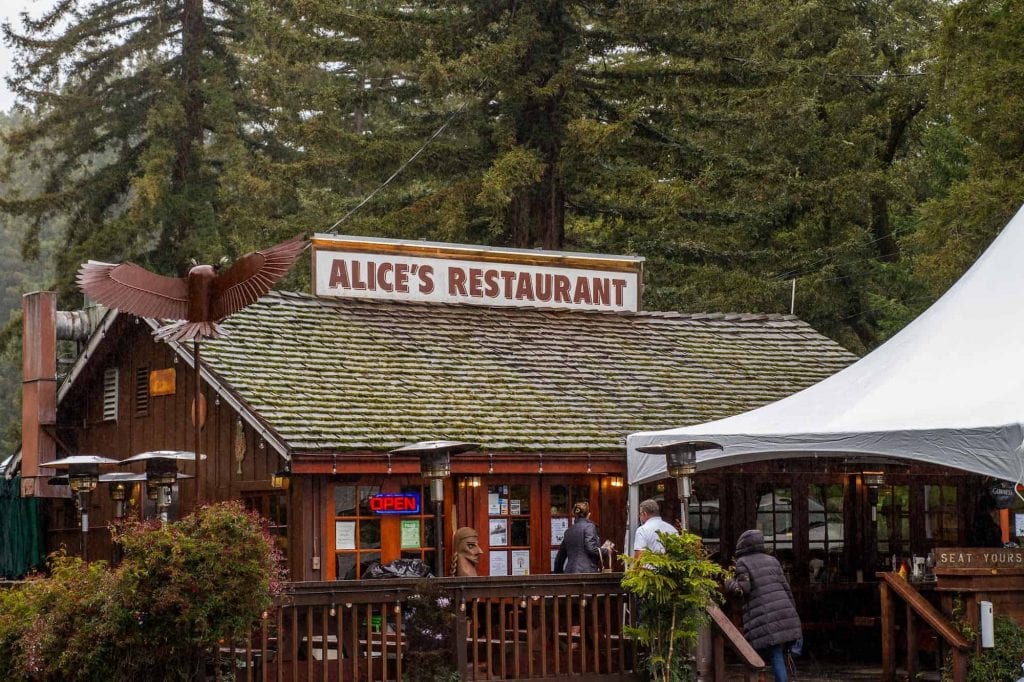 Cuisine with a long History

Within the redwoods are several restaurants with histories as interesting as the ancient trees. These eateries serve up some amazing cuisine that fits perfectly with the atmosphere. Each with their own distinct history and stories that go back many decades.

Alice’s Restaurant: “A Little Slice of Bliss Among the Redwoods”

Located in Woodside, CA, Alice’s Restaurant is named after the famous Arlo Guthrie song, “Alice’s Restaurant.” The building was originally built in the 1920s and served as a general store for an area called Four Corners to support the logging industry. It was turned into a restaurant in the 1950s, and then in the 1960s, Alice Taylor bought the restaurant and renamed it after herself and the Arlo Guthrie song.

A local family purchased the restaurant in the 1970s and kept the well-established name. In a rustic atmosphere, they serve a variety of down-home meals made with locally-sourced ingredients that attract families, motorcyclists, hikers, equestrians, Silicon Valley entrepreneurs, writers, musicians, locals, and visitors to the Santa Cruz Mountains. 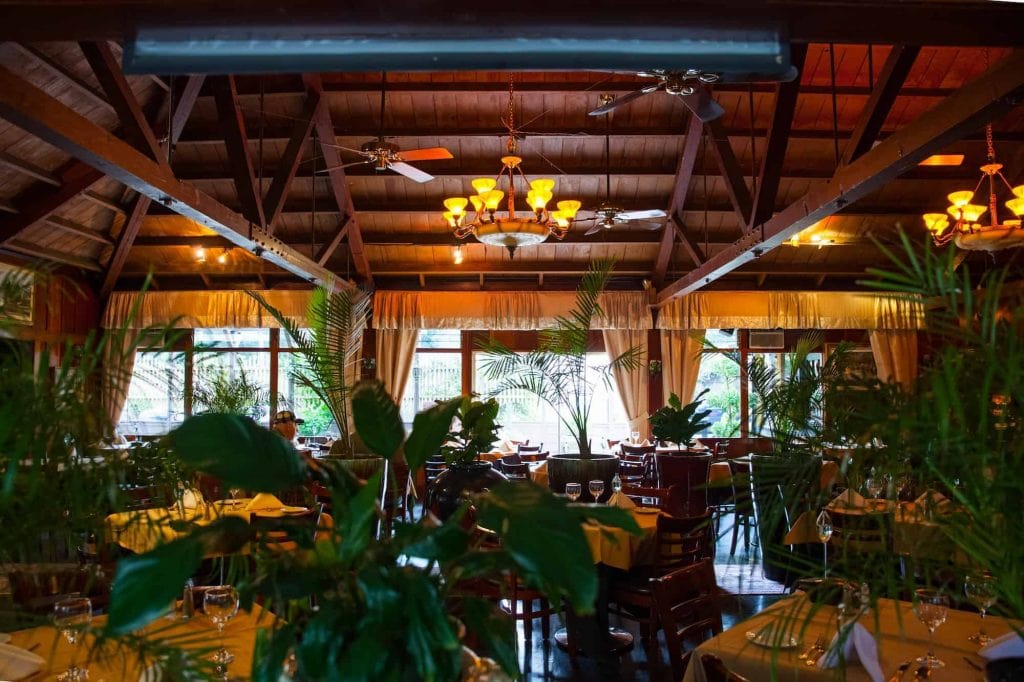 Inside Scopazzi’s Restaurant and Lounge | Photo by Matte Photography

The building that now houses Scopazzi’s Restaurant in Boulder Creek has a fascinating history. It was originally built in 1915 to serve as a boarding house named “Italia Hotel” for loggers, many of whom were Italian immigrants working in the surrounding Santa Cruz Mountains. A movie studio opened in Boulder Creek the same year and increased traffic to the town, which greatly benefitted the boarding house. During prohibition (1919–1931) it became a popular place to enjoy bootleg alcohol produced at local stills.

After Big Basin State Park started attracting people in the 1920s, the hotel changed its focus to serve travelers. The redwood dining room opened in 1924, and the establishment renamed to Locatelli’s Inn. In 1955 the property was sold to the Scopazzi’s, a family of Bay Area restauranteurs who converted the building from a hotel to a restaurant. In 1986 the restaurant business and the name were sold to the present owners, chef Paul Violante and front-of-house manager Talal Janbay. Now after over 100 years, Scopazzi’s is one of the finest Italian restaurants in the area.

The Tyrolean Inn: Authentic German Food in the Redwoods

The Tyrolean Inn Restaurant in Ben Lomond has been serving hearty German cuisine for more than 45 years. This quaint chalet is surrounded by beautiful redwoods and filled with Bavarian folk music, a warm fire, and friendly service. Considered the best German restaurant in Northern California by many, the family-friendly Tyrolean Inn offers a very large selection of authentic, delicious, affordable Bavarian and German food.

Enjoy your meal and authentic German beer on tap out on the patio under the redwoods, year-round. The inn also holds festivals throughout the year for Oktoberfest, Maifest, and Sommerfest with live German music.

Offering insight into adventures, ecotourism, food, guides, lodging, towns, wineries and more along the Santa Cruz Mountains. Discover the many historic downtowns, located in the foothills to deep in the woods. We also encourage and promote environmentally responsible outdoor recreation.