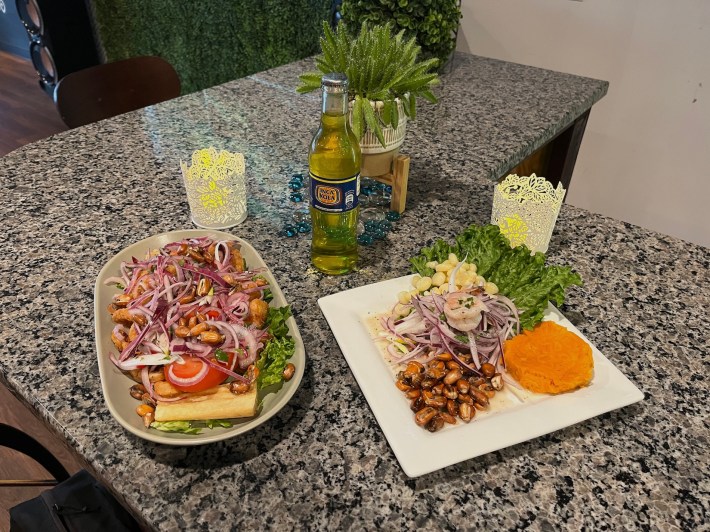 PORTAGE PARK — A father and daughter have opened a Peruvian restaurant in Six Corners, realizing a longtime dream and filling a void left by an eatery that closed during the pandemic.

Peru Criollo, 3938 N. Cicero Ave., offers authentic soul food from the Latin American country. The restaurant, which opened April 1, took over the Shilas Restaurant space. It features Peruvian murals painted by co-owner Diana Hoxsas and her brother, a well-known graffiti artist in New York who goes by the name T-KID.

Hoxsas, who has decades of experience in the industry and previously worked at a food service management company, said leaving her corporate job was “like a dice roll” but has proved to be worth it. She enjoys working with her father, William Hoxsas, she said.

“Because of the downfall of all these restaurants during those two years, there was an opportunity to see some sort of foreseeable future in the industry,” Diana Hoxsas said. “It seems to be fruitful. It’s a lot of work, but I’m happy.”

“We want to stick with tradition,” Hoxsas said.

At the helm of these dishes is chef Violetta Luz Caseres, who is 80 years old and moved from Peru to Chicago in 1980. She has nearly 40 years of cooking experience and has worked in Peruvian restaurants El Rinconcito Sudamerica in Logan Square and Taste of Peru in Rogers Park.

“At first I thought he was crazy,” Luz Caseres said in Spanish. “But then he found a space and he said, ‘Violetta, come see it and see what you think.'”

The team spent the past few months rehabbing the place and painting the murals, which are inspired by Peruvian culture, Diana Hoxsas said. She plans to add more art to the entire back wall. 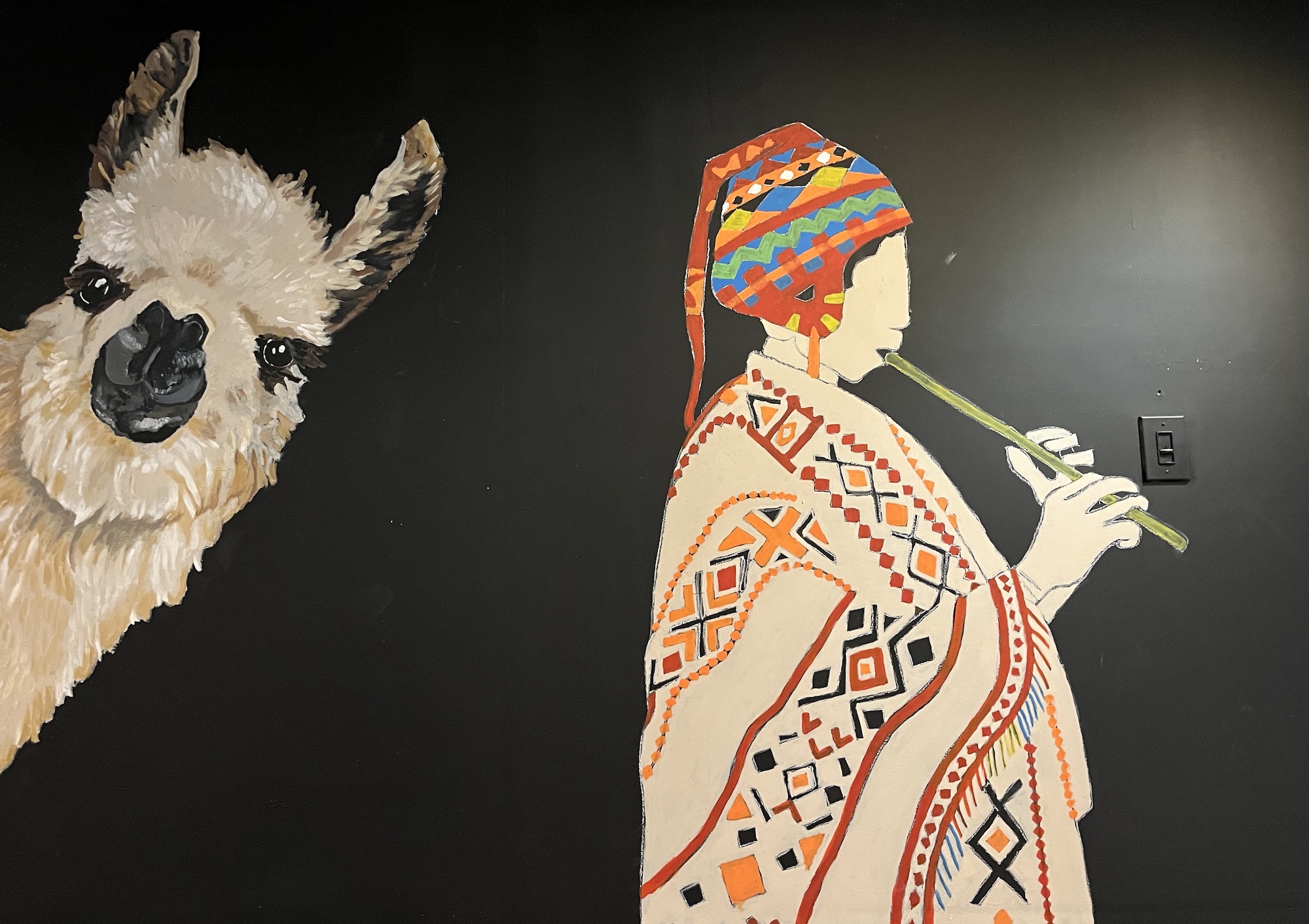 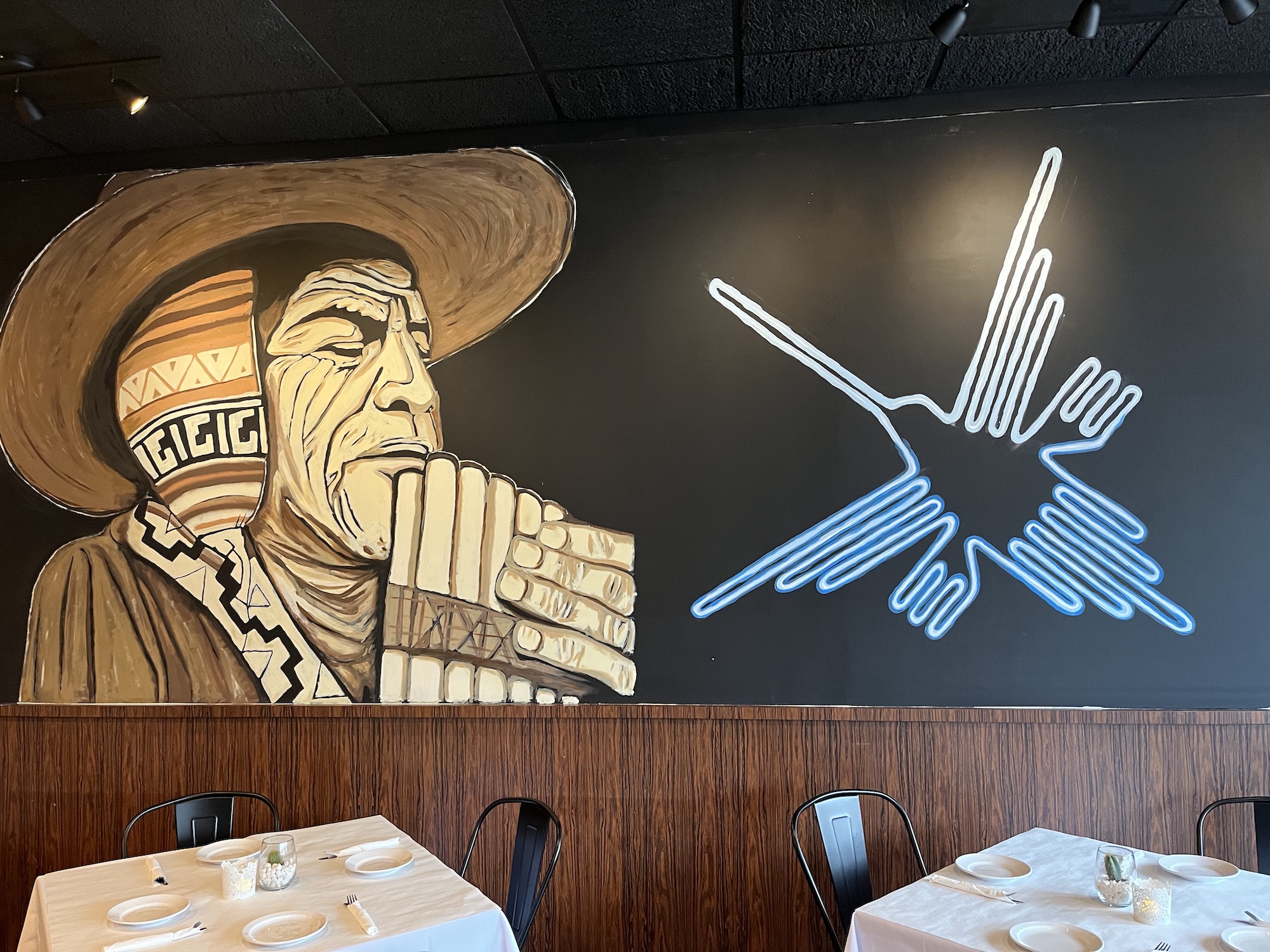 Luz Caseres said she is ecstatic to cook her home country’s food for the community. Her favorite menu item might be lomo saltado, stir-fried flank steak or chicken with potatoes, onions and tomatoes in an Asian-style sauce served with rice, she said.

“Lomo saltado is the signature plate of our country … and I also love Peruvian ceviche,” she said.

Diana Hoxsas’ husband also helps out at the restaurant, with the team tight-knit, fun and supportive, she said.

Hoxsas hopes to invite local musicians to play on the weekends and host community events such as soccer watch parties in the future.

“I’ve seen a lot of families come by, and they are very open to eating new foods and their kids are open, too,” Hoxsas said. “A lot of kids are picky eaters, but I’ve seen the opposite of that and that’s a big thing to me. … It’s like you’re making some sort of a difference.” 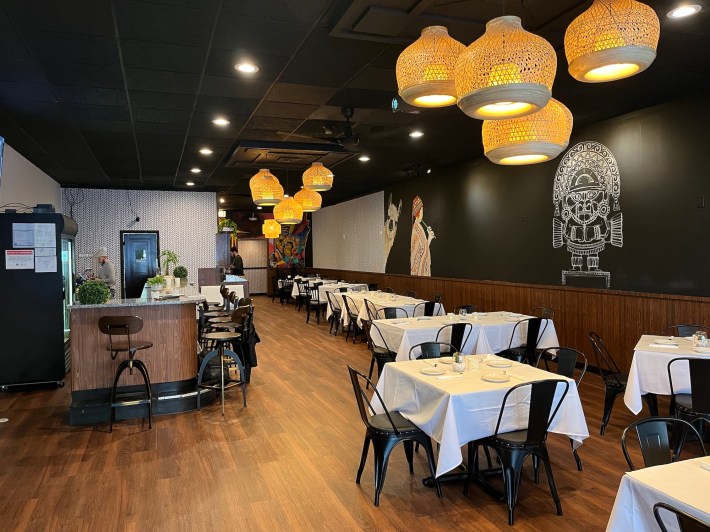 Click here to support Block Club with a tax-deductible donation.

Thanks for subscribing to Block Club Chicago, an independent, 501(c)(3), journalist-run newsroom. Every dime we make funds reporting from Chicago’s neighborhoods. Click here to support Block Club with a tax-deductible donation.

Listen to “It’s All Good: A Block Club Chicago Podcast”: