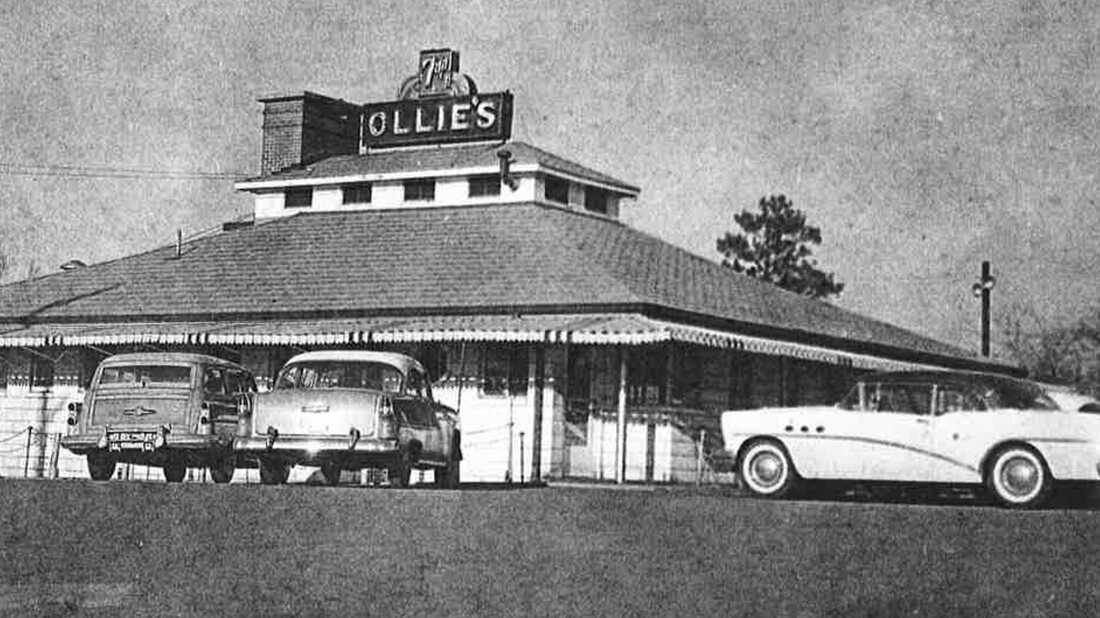 Forced To Seat Blacks, Ala. Restaurant Complied With History

At Lena's, a diner in Birmingham, Ala., the cashier hands a customer a plastic bag with food which he carries out of the restaurant. There's nothing noteworthy about it now, but that action — taking out the meal — is a faint echo of the Jim Crow South.

Fifty years ago Sunday, the Supreme Court effectively ended segregation in restaurants. Before that ruling, restaurants were segregated, but some white establishments would serve black customers take-out.

"Some restaurants would let you come in, go up to the counter and order," Booker says. "You had to have a certain kind of posture. You had to just stand there, couldn't just be looking around. And then, when your sandwich came, you took it and you left."

Booker grew up in Birmingham and was a teenager in the early '60s. He says the restrictions in restaurants and the downtown department store lunch counter stung.

"You may not remember all the other discrimination, but the fact that you couldn't go into Newberry's and sit at that counter and get you a banana split kind of bothered you," he says.

Congress banned such discrimination in the 1964 Civil Rights Act. Many restaurants complied — but not all.

Ollie McClung Jr. remembers that time. He and his father owned a restaurant, Ollie's Barbecue, a Birmingham landmark founded by his grandfather. McClung says it was the kind of place where white plumbers and electricians sat next to white doctors and bank presidents. Bible verses hung on the walls. McClung says the staff could take on a lunch crowd that often stretched out the door. 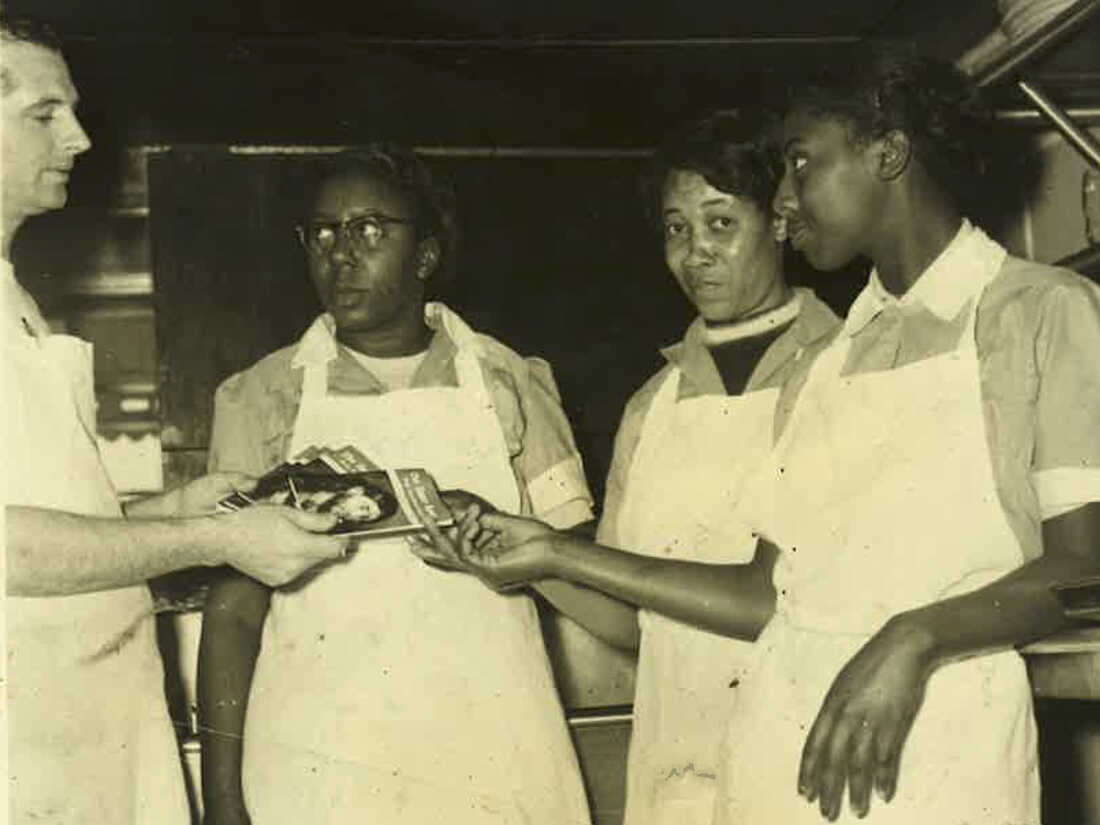 "We had wonderful waitresses," McClung says. "Many of them were with us 30 and 40 years. They never wrote anything down. In fact, that was one of the highlights of people coming in the place."

The majority of Ollie's employees were black, and McClung says they had some regular black customers, but as was the norm when segregation was the law, they were only served take-out. When the Civil Rights Act went into effect, McClung and his dad were concerned that seating blacks would drive away white patrons. So they sued.

At the time, Southern politicians often used a states'-rights defense to justify segregation. A three-judge panel in Birmingham initially sided with the family, but on appeal, the U.S. Supreme Court ruled unanimously against them. Southern politicians were up in arms about a decision they felt was unconstitutional.

"But I think amongst constitutional scholars there was simply, virtually no doubt whatsoever that the Congress had the power to do this," says Richard Cortner, a retired University of Arizona political science professor who wrote a book about the case. 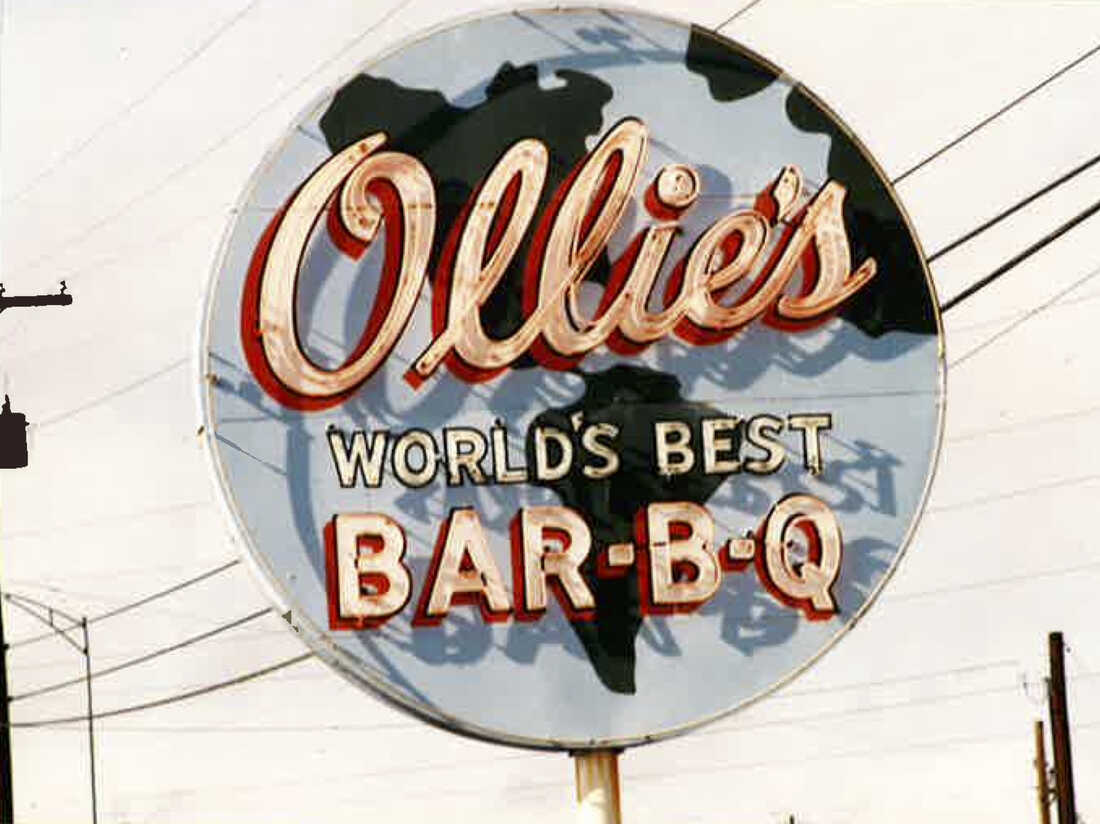 Cortner says Ollie's Barbecue was a local business, but the court says Congress can regulate local actions that in aggregate would have an effect on interstate commerce.

McClung says he and his father were disappointed by the ruling. Fifty years later, he feels much the same.

"Whether to have or not have segregation, obviously that has changed, but the decision at the time, no," he says. "Still think they got it wrong."

But they obeyed the ruling. McClung says the day after the decision, a group of black civil rights leaders came into the restaurant.

"But my waitresses, the black ladies who were waitresses, they were kind of like stand-offish," he recalls. " 'I don't know about this,' you know. I said, 'Go ahead and serve them like anybody else.' "

He says integration didn't hurt the restaurant, nor did it really increase their black clientele. That doesn't surprise Nathan Turner Jr. He grew up nearby and doesn't remember any black people going there, even after the court case.

"Just the fact that Ollie's pushed it that far, to take it to the Supreme Court, it left a bad taste, pun intended, in the mouths of a lot of black people in Birmingham," Turner says.

McClung closed Ollie's Barbecue in 2001 and sold the sauce recipe. The sauce is still on grocery story shelves around Birmingham — a reminder of the battle for the chance to eat that barbecue on equal terms.