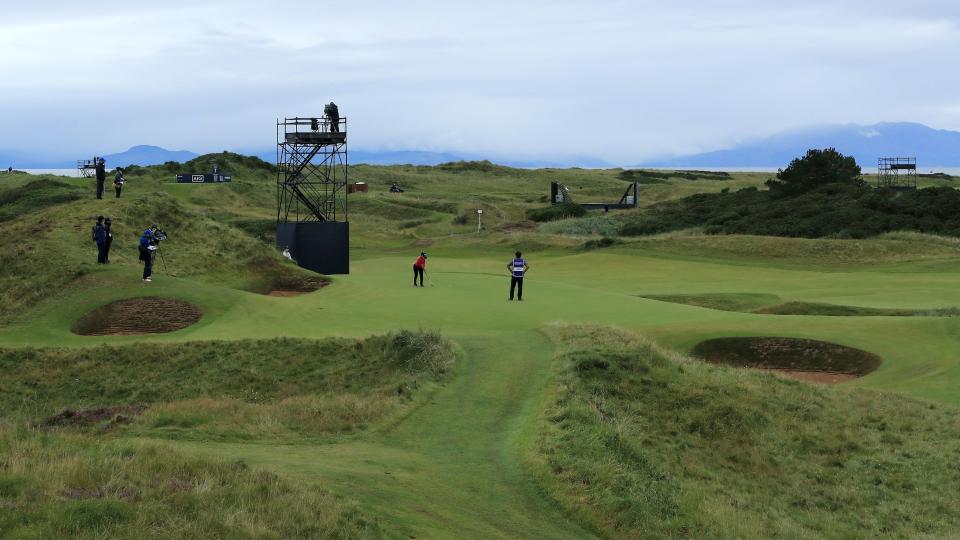 The Open Championship doesn't usually go this long between trips to St. Andrews. It has been seven years since the best golfers in the world stepped on the sport's oldest course to battle for the Claret Jug.

Now, they are back on the hallowed grounds in Scotland, and fans will be treated to a field that consists of 49 of the world's top 50 golfers as well as legends like Tiger Woods and Phil Mickelson.

After 2022, St. Andrews probably won't host another iteration of The Open until at least 2027. The honor will fall to other courses across the United Kingdom over the next handful of years instead, as the tournament has 10 courses currently in its hosting rotation.

So, where is The Open going in 2023? Here's a run down of the location of the major golf tournament over the next handful of years.

Where is the Open Championship in 2022?

The Open will be played at St. Andrews' Old Course in 2022. The course, which is located in St. Andrews, Scotland, is one of the oldest golf venues in the world, as games played upon the course date back to the early 15th century.

To give you some context about just how old the Old Course is, it didn't get its name until St. Andrews' New Course was built. That was in 1896.

Zach Johnson won the most recent Open Championship at St. Andrews in 2015, when he beat Louis Oosthuizen and Marc Leishman in a three-man playoff after shooting 15-under during the tournament. Oosthuizen won the event in 2010, recording a 16-under and winning by seven strokes, the second-largest victory at The Open ever.

MORE: Who has the most Open Championship wins?

The COVID-19-related postponement of The Open in 2020 threw off the hosting cycle a little bit. St. Andrews had been scheduled to host the event that year — as it had every five years since 1995 — but the event was canceled.

As a result, the R&A opted to move The 150th Open Championship to St. Andrews in 2022. That meant bumping a few other locations a bit further down the line, but The Open now has its schedule for the next three years figured out.

Here's a look at where the golf major will be staged in each of the next three years:

The major was most recently played at Royal Liverpool in 2014 when Rory McIlroy won his lone Open Championship and second major of the '14 season. He shot 17 under par during The Open in 2014. That was the second-best score recorded at the course during a major to only Tiger Woods' 18 under in 2006.

Royal Liverpool is a Par-72 links course that was established in 1869. The course was designed by Robert Chambers, George Morris and Harry Colt and plays to a length of 7,218 yards.

Like most links courses, Royal Liverpool dries out in the summer and is often affected by strong winds off the coast.

Royal Troon is another Scotland course that has hosted The Open over the years. The 2024 edition of the event will be the 10th Open held at Royal Troon and the first since Henrik Stenson earned a victory there in 2016 by notching a 20 under to take home the title.

Royal Troon's championship course is known as The Old Course, much like the one at St. Andrews. The course was first designed and built by George Strath and Willie Fernie in 1888 but Open champion James Braid helped to redesign it in 1923. Currently, the course is a Par 71 alignment that is 7,175 yards in length.

The Old Course contains within it both the shortest and longest holes in The Open history. The shortest — known as "Postage Stamp" — is just 123 yards but has a tiny green with which to work. Meanwhile, the longest is a Par 5 that can play up to a length of 601 yards.

The first six holes at Royal Troon run along the sea, making for a spectacular view on the broadcast of the event. However, it also means that wind can quickly become an issue for golfers.

Royal Portrush — a golf club based in Northern Ireland — has only hosted The Open on two occasions. The first was in 1951 when Max Faulkner won his lone Open Championship. The second didn't come until 2019 when Shane Lowry emerged as just the second Irishman to win The Open.

There are two courses at Royal Portrush but Dunluce Links is the one used for The Open. Changes were made to the course ahead of the 2019 staging of the event that made it a 7,337-yard, Par-71 course.

Royal Portrush is known for its 16th hole, which is nicknamed "Calamity Corner" (or just "Calamity"). It's a long, 236-yard Par 3 that plays uphill and is protected on the right by a ravine and on the left by several valleys, hills and hollows. It is considered one of the best and toughest Par 3 holes in golf.

The Open has been hosted at a total of 14 different courses throughout the tournament's history. Currently, it is held at 10 locations on a rotating basis, with St. Andrews hosting it roughly every five years and the other nine locations taking turns hosting the big event.

Below is a look at the 10 modern courses that stage The Open and when each last played host to the event.

And below are the four sites that have hosted The Open previously but no longer do.