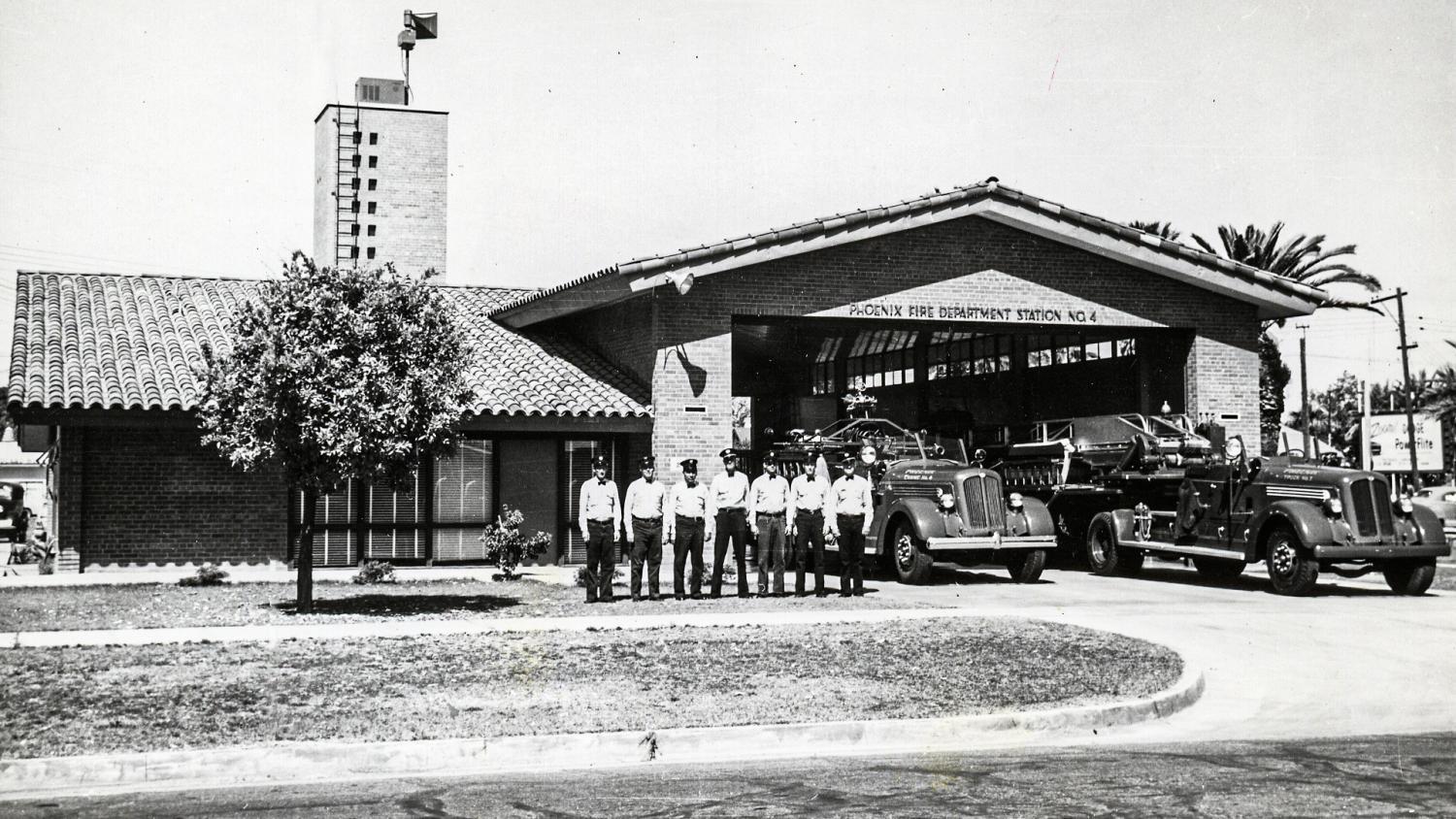 The original crew stands with the two trucks at Phoenix Fire Station No. 4 when it opened in 1951.

Phoenix is accepting proposals to turn an old firehouse into a restaurant next to Margaret T. Hance Park near downtown.

The restaurant will be the only business with direct access to the park, which is undergoing a multiyear revitalization project. The 4,700-square-foot building opened in 1951 as Phoenix Fire Station No. 4 and is eligible for historic designation.

Phoenix wants the developer to maintain the building’s original character and highlight historic elements — for example, reusing fire hoses as outdoor swings or turning the tower once used to dry fire hoses into an entryway art piece. Other ideas and drawings are included in the request for proposals packet.

Interested proposers must have experience with at least one adaptive reuse project, along with restaurant experience. A pre-proposal meeting will be held Aug. 3 and site tours will be held on Aug. 9 and 23.

During the first year, Phoenix will lease the building for nearly $10,715 a month, based on a market appraisal. 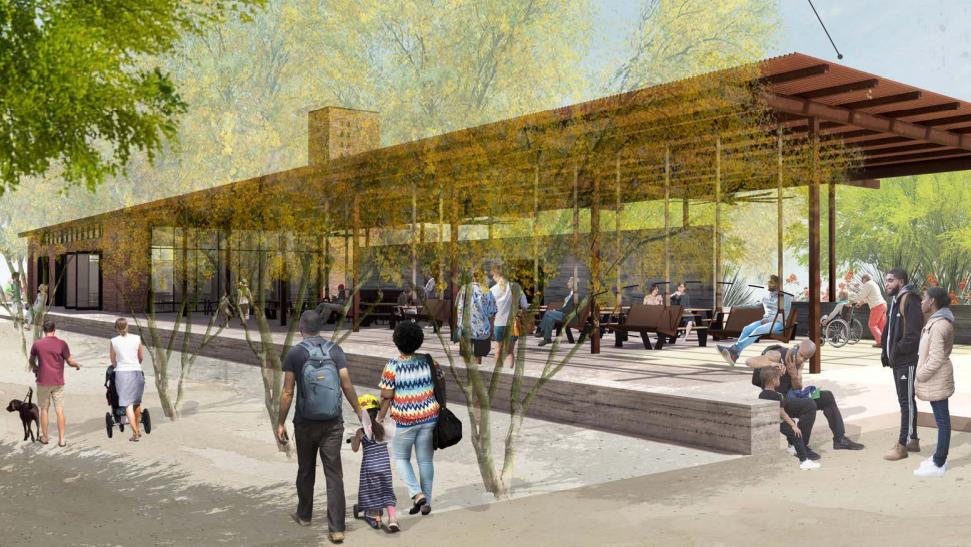