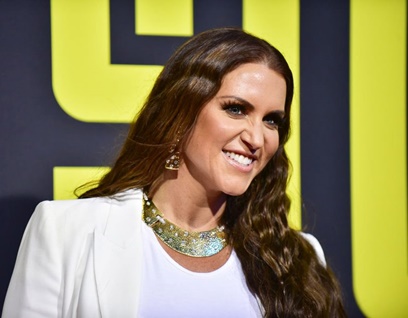 WWE has tasked three members of its new leadership team with "collectively filling the enormous shoes” of former WWE Chair & CEO Vince McMahon, but there is “optimism” about the future, according to Mike Coppinger of ESPN.com. WWE Chairwoman and Co-CEO Stephanie McMahon, EVP/Talent Relations Paul “Triple H” Levesque and Co-CEO Nick Khan are tasked with taking WWE into the future. There is “optimism that Levesque's vision — will lead to a product with an emphasis on quality in-ring work, edgier storylines and more creative control for talent," which is a "departure from McMahon's philosophy.” The new leadership trio “plans to look at each part of the business with a fresh set of eyes.” Now, the challenge is "to blend mainstream appeal with the in-ring credibility of the NXT Black and Gold brand that Levesque is revered for developing.” But WWE’s Bobby Lashley “isn't so sure Vince McMahon will be entirely removed from the inner workings of the business.” McMahon "remains the multibillion-dollar company's majority shareholder.” Lashley said, "It's not like Vince isn't going to be there anymore. He's not going to just let his baby that he's grown to this level just falter. So, he's still going to be there. He's just giving other people opportunities to keep pressing on" (ESPN.com, 8/4).

STRATEGY SHIFT? Lightshed Partners Partner Richard Greenfield said WWE had a direct-to-consumer service in WWE Network, but they have since shifted with their “content now being on Peacock, so you’ve seen companies make pretty dramatic changes, and I think you’re going to see a lot more of that” (“Squawk Box,” CNBC, 8/5).