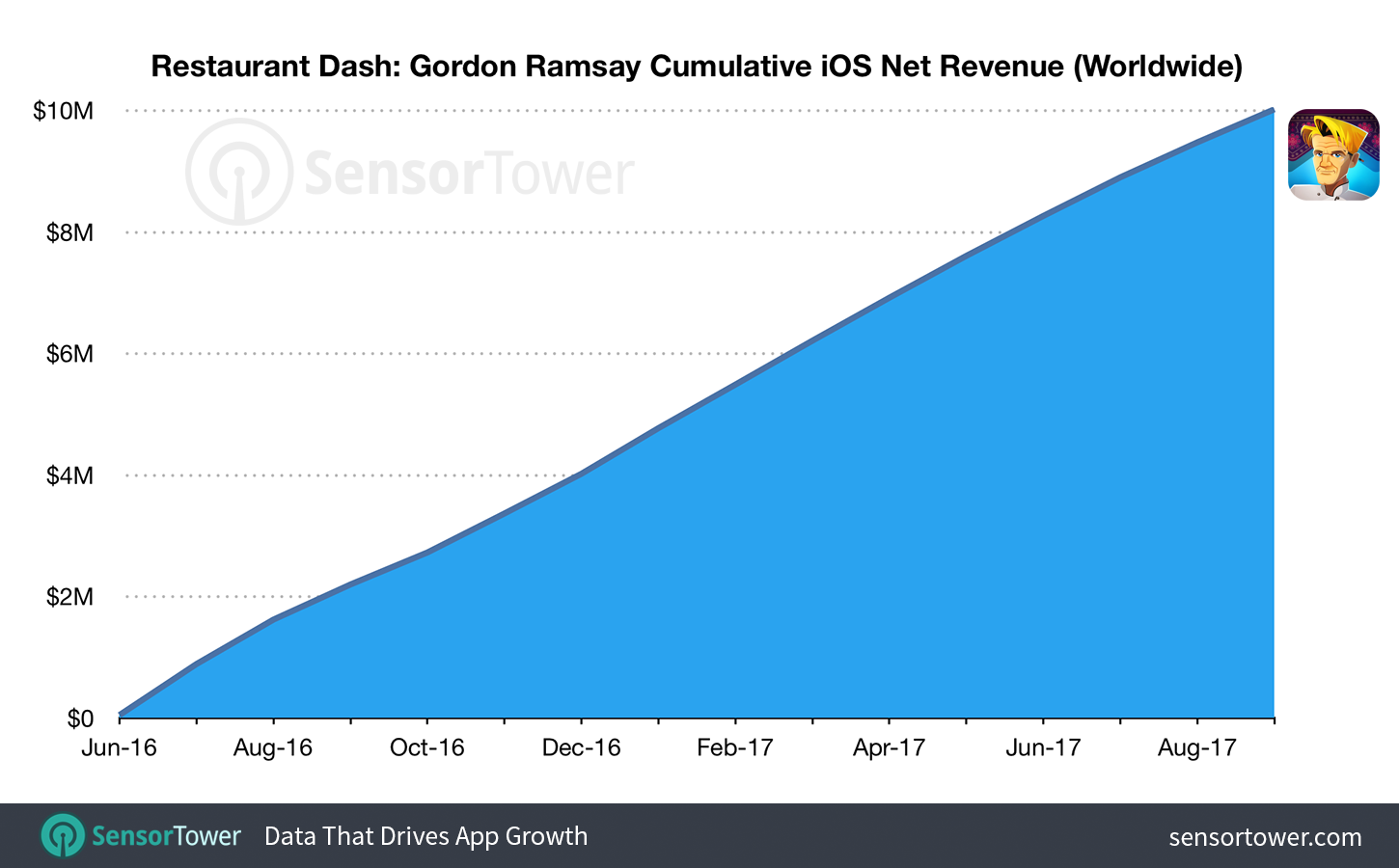 It turns out that Cooking Dash and the brash persona of master chef Gordon Ramsay were just the recipe Glu Games needed to bring consistently paying players to the table. According to Sensor Tower Store Intelligence data, Restaurant Dash: Gordon Ramsay has generated more than $10 million in worldwide net revenue on iOS devices since its June 2016 global launch. Along with Google Play spending, this brings Glu's revenue-to-date from the title to more than $17 million worldwide.

Sensor Tower estimates that Restaurant Dash: Gordon Ramsay is generating a consistent monthly net revenue of more than $500,000 worldwide on Apple's platform, with the majority of that coming from U.S. players at about 62 percent of the total. The game has seen a steady stream of updates since its summer 2016 release, including its most recent, an entirely new venue for creating vegetarian-only dishes, released late last month.