The hit series Sweet Magnolias on Netflix tells of three lifelong friends dealing with personal struggles in the small town of Serenity, South Carolina. It stars JoAnna Garcia Swisher, Brooke Elliott, and Heather Headley. The story is based on the book by Sherryl Woods, author of over 100 romance and mystery novels. She used her time living in between Florida and Virginia as inspiration for the small towns.

The show is filmed in the small town of Covington, Georgia, south of Atlanta. The town has also been used for the filming of The Vampire Diaries, The Dukes of Hazzard, Remember the Titans, and many more. Most of the Sweet Magnolias locations are in Covington. Other locations include a church in Decatur and a real school in McDonough.

The historic Antebellum home that Helen turns into the Corner Spa is a real place in Covington. The interiors were filmed elsewhere but the exterior is a law office at College Avenue and Oak Street. It’s not open to the public, but you can snap photos of the outside.

Downtown Covington features heavily on Sweet Magnolias. The square has a public park with war monuments, benches, and trees under the shadow of the courthouse. A number of scenes feature characters talking in this area. It’s a nice place to sit and enjoy a coffee while visiting! 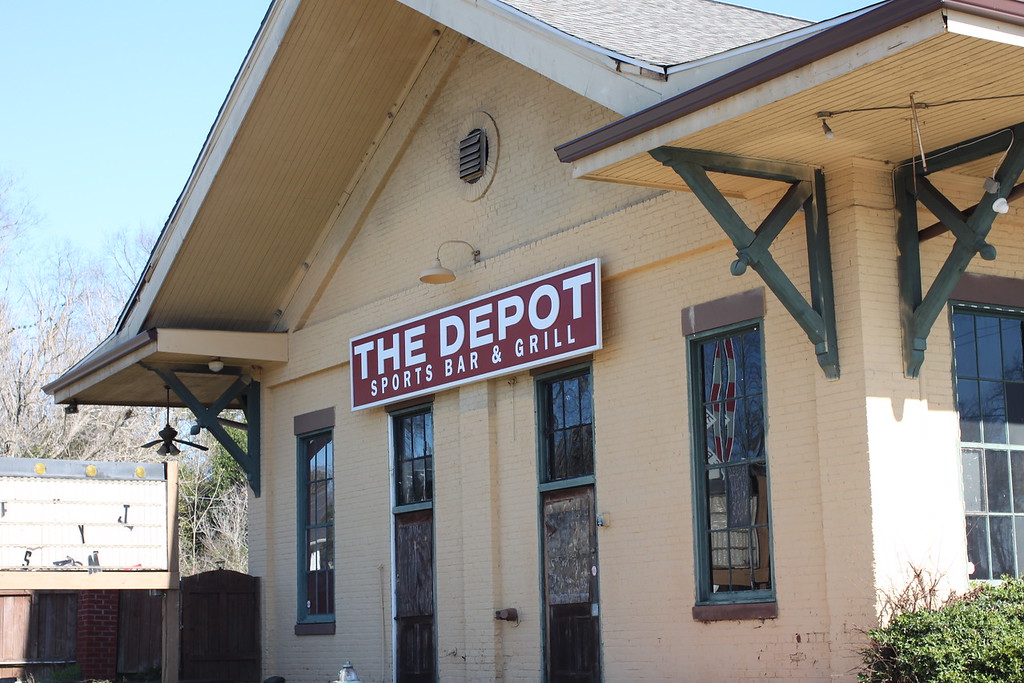 The second episode of the first season takes place at The Depot Sports Bar and Grill, a sports bar on the way to . The building itself is a real former railroad depot and sits along the active train tracks. It stands in as a pizzeria but is known for its wings and burgers! 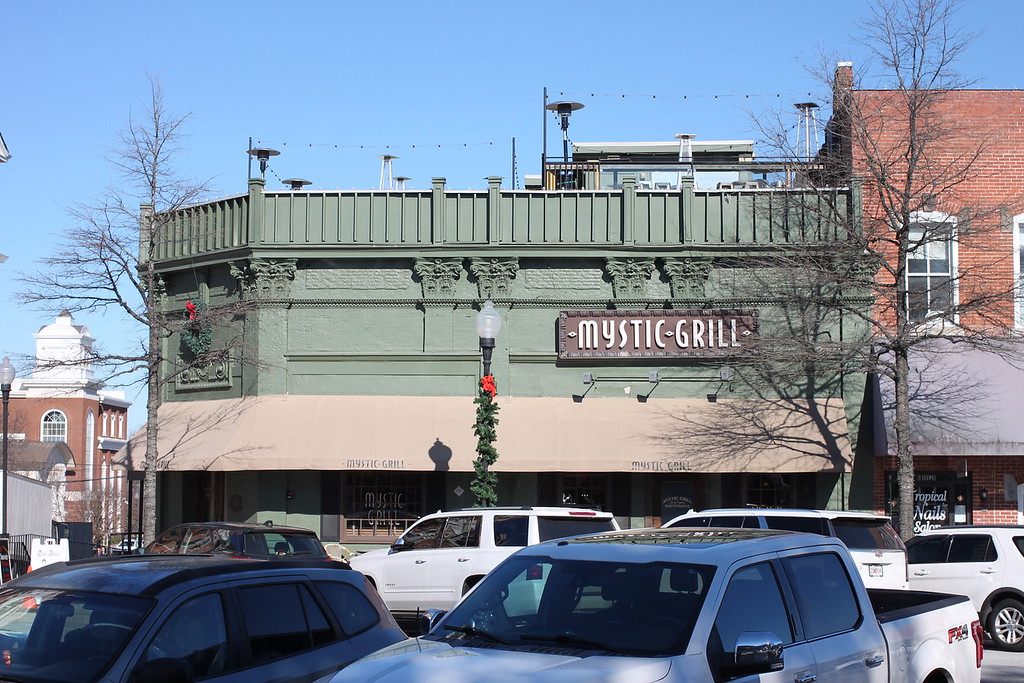 Mystic Grill was opened after being used for filming during The Vampire Diaries and has become a must-see for fans of the show. The restaurant was also used as Brooke’s restaurant in Sweet Magnolias. It continues to be a functioning restaurant, with dishes like burgers, fried chicken, and steaks, with dishes named after the town.

The Alley is the shop underneath the restaurant that sells souvenirs for all of the shows filmed in Covington, including The Vampire Diaries, The Originals, and Sweet Magnolias. Pick up your Serenity gear and check out the signed poster that hangs on the wall.

The historic courthouse is seen in the opening of the show and in the background of scenes. It was originally built in 1884 in the Second Empire architectural style. The project cost $30,000, a large sum for the day, but the building has stood the test of time.

In the first episode of Sweet Magnolias, the kids walk through Southview Cemetery. The historic cemetery is the burial ground for notable residents of Covington, including Civil War generals and Rick Arrington, a professional football player for the Philadelphia Eagles. The cemetery was also used as a location in The Vampire Diaries.

Looking for a place to stay during your trip? The Twelve Oaks Bed & Breakfast is popular with visitors, featured in television and film, with cozy rooms and daily breakfast. Hampton Inn Covington has amenities like daily breakfast. Rental houses are also a good option.