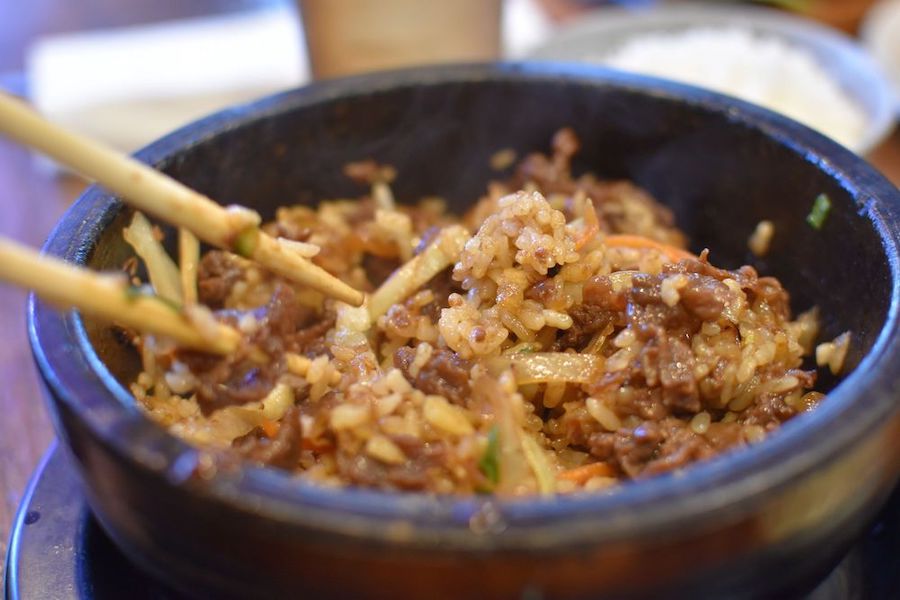 Where to Find the Best Korean BBQ Around Boston Right Now

Get your table-set grilling on at city favorites, plus an all-you-can-eat suburban secret.

Boston doesn’t exactly abound with Korean BBQ restaurants, but they’re out there—beckoning with grilled bulgogi, banchan side dishes, and bubble teas to wash everything down. Whether you’re taking a break from a backyard Broil King for the fun of barbecuing meats at a restaurant table, or just kicking back and letting the kitchen do the work, here are a few Korean standouts that’ll cure your need for ‘cue.

Not long ago, this Malden address housed an outpost of WOW Barbecue, which happens to bill itself as the first Chinese barbecue restaurant group in the area. Don’t worry: If you miss WOW, you can still visit the original location (now dubbed Wu Er by Wow Barbecue) in Brookline. As for this north-of-the-city spot? It has changed hands and concepts to become Emone Tofu, a Korean restaurant serving barbecue options like bulgogi and grilled eel. But now there are plenty non-barbecue, Korean-cuisine standards, such as bibimbap, gyoza, and of course, tofu soups bearing bowlfuls of kimchi, oyster, octopus, and more.

It may not be fancy, but Korean Garden is definitely an Allston institution for its Korean barbecue offerings, which are grilled at the table or come sizzling straight out of the kitchen, depending on the order. This simple, homespun place offers wine-marinated pork belly, soy-sauced chicken thigh, and mild or spicy bulgogi, among the options available for firing up. You’ll find many other choices too, including naengmyeon (long and thin buckwheat noodles) with sausage or chicken; shareable, sized-for-two plates such as boodae jungol, a casserole that includes ham and kimchi; and a variety of tteokbokki fish-cake specials. 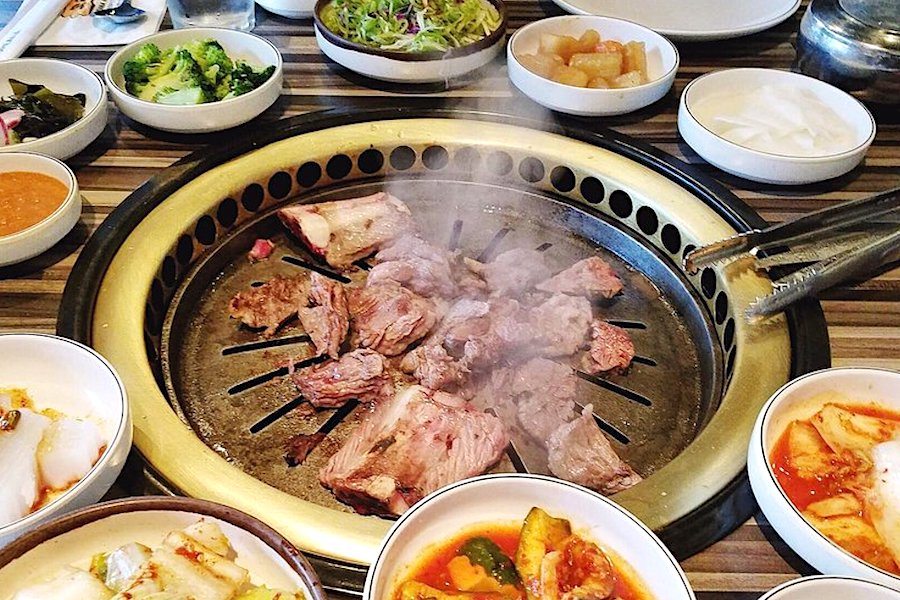 Although the COVID era has introduced some temporary patio seating to this Cambridge stalwart, we can’t wait to get back inside and put the tables’ built-in grills to use. Koreana’s many barbecue options include pork bulgogi with a chili paste marinade; beef tongue served with a sweet soy sauce and salted sesame oil; and shrimp or scallops in a house made teriyaki sauce. Besides all those flame-flicked favorites, though, discover a wide range of other Korean dishes, including oyster or kimchi scallion pancakes; charbroiled salmon (among other fish and meats); and a host of hot pot options—such as the gumbo-like “Seafood Delight,” overflowing with clams, monkfish, squid and more.

As the most contemporary restaurant on the list, it’s probably no surprise that Koy takes more modern spins on Korean cuisine. See: Buffalo chicken dumplings made with cream cheese and Sriracha, or a Philly cheesesteak-seeming “bulgogi dip footlong,” served au jus on a baguette with American cheese. You will, however, still find more traditional bulgogi on the small Korean BBQ menu, which also includes grilled pork belly and kimchi, plus bone-in short ribs brushed with soy sauce and brown sugar.

The suburbs have secrets. A fine tag line for a gossipy, Ryan Murphy-scripted cable drama, for sure. But also a truism worth considering when it comes to New Jang Su, the kind of outlying, under-the-radar Korean restaurant that earns a short trip from Boston. Blink and you’ll miss the spot, sited inconspicuously at a Burlington strip mall. But clear-eyed fans swear by its table-grilled barbecue, from the sliced squid to the marinated chicken to the thick-sliced beef spiked with black pepper. Bibimbap, seafood stews, and tempura appetizers are all a hit, too. 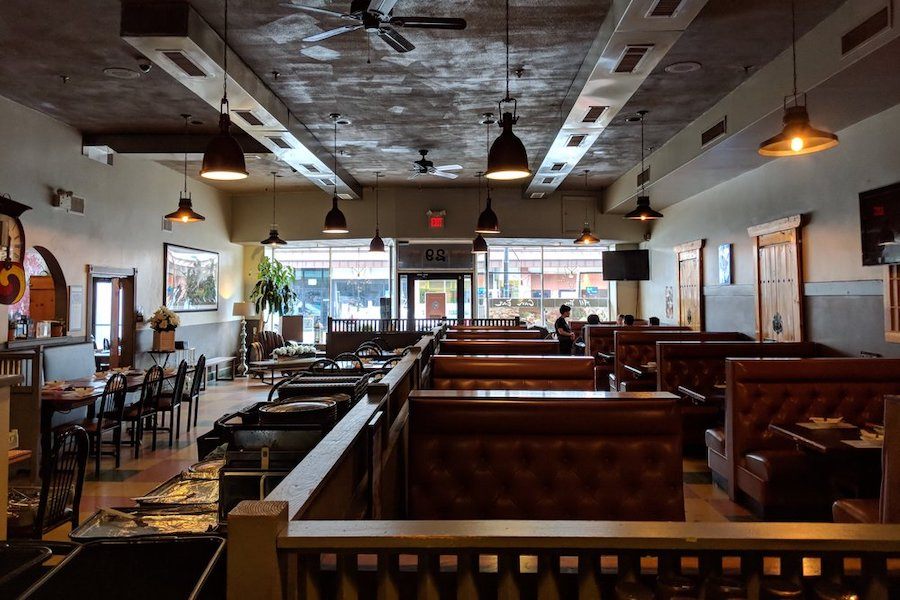 Hungry? Head to an all-you-can eat Korean barbecue spot in Medford. Sura, which has a sibling location in Rhode Island, specializes in “BBQ combo sets” that allow diners to choose their meat—from chicken teriyaki to baby octopus—as well as other accompaniments, for grilling at the table. Then, you’ve got two hours to gorge yourself on all the good stuff. Alternatively, there’s all-you-can-eat shabu shabu, so select your broth and other ingredients, and go to town. Either way, just leave room for desserts like the creamy coconut sorbetto, served in a shell.