Promoted as the foundation of future “borderless economy”, the Algorand platform and its ALGO token are dedicated to the cause of balancing security, scalability and decentralization at no expense of one another. 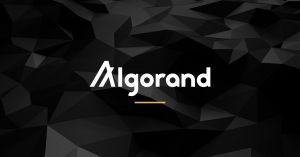 Algorand was born out of the ambition to solve the so-called “blockchain trilemma”, which posits that one cannot have full-blown decentralization, scalability and security on a single blockchain platform, unless at least one component is toned down to accommodate for the others. In other words, building strong decentralized platform, for example, should make it unavoidable to harm its security and scalability potential. The proposed answer to this challenge came in the form of the Algorand platform, which was launched in June 2019 as a global project seeking to promote the decentralization of digital economy based on open and permissionless access, instant verifiability, internally developed Pure Proof-of-Stake protocol, and transaction management system capable of scaling custom blockchain projects.

The core philosophy of Algorand revolves around the concept of “democratic” user participation. Instead of the mining-based Proof-of-Work algorithm that Bitcoin and other cryptocurrencies use, Algorand proposes its upgraded Proof-of-Stake and self-validating transactions. This Boston-based project was founded by Silvio Micali, an MIT professor and recipient of the Turing Award, an annual prize nicknamed the Nobel Prize of computing. Micali is joined by the rest of his team of blockchain experts and researchers. In June 2019, Algorand was listed following a public sale, with its booming prices eventually stabilizing after initial hype. The Algorand Foundation in charge of the project reported that the sale manage to raise some USD 60 million. 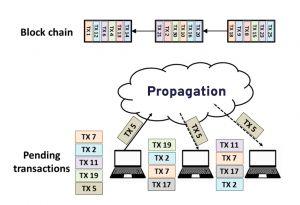 What Is Algorand Trying to Do?

Algorand project has set for itself a list of goals which rest on the successful implementation of its concept and technologies:

How Does Algorand Protocol Work?

Algorand runs on the blockchain which employs a decentralized Byzantine agreement protocol based on Pure Proof-of-Stake. The Algorand protocol has several features that should set it apart from similar competing solutions: 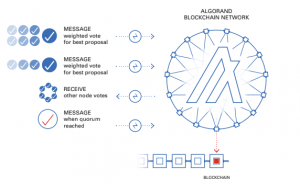 Based on the design of Algorand protocol’s Pure Proof-of-Stake, the whole concept of protecting its users from potential attacks does not rely on the fear of fines, but rather on making malicious actions of a minority of users altogether impossible:

At the same time, this approach is based on the user replaceability and the lack of any communication between them. Based on the requirement to have the user’s private key for the completion of the block certification procedure, malicious users cannot know who is actually relevant to the generation of the next block. As only the users are aware of their selection, potential adversaries will find that it is too late to target a particular user by the time they finally learn who was chosen as a participant.

Other Technologies and ALGO Availability

In addition to the already implemented technologies, the Algorand developers promise to introduce several new features that would fine-tune the existing capabilities of this platform:

As of September 2019, the Algorand currency’s market cap stood at USD 113 million, down from its historic high of USD 156 million in August 2019. At the same time, some 291 million tokens were found in circulation out of the total planned supply of 2.8 billion tokens.

ALGO tokens are available for trading on cryptocurrency exchanges such as Binance and others.