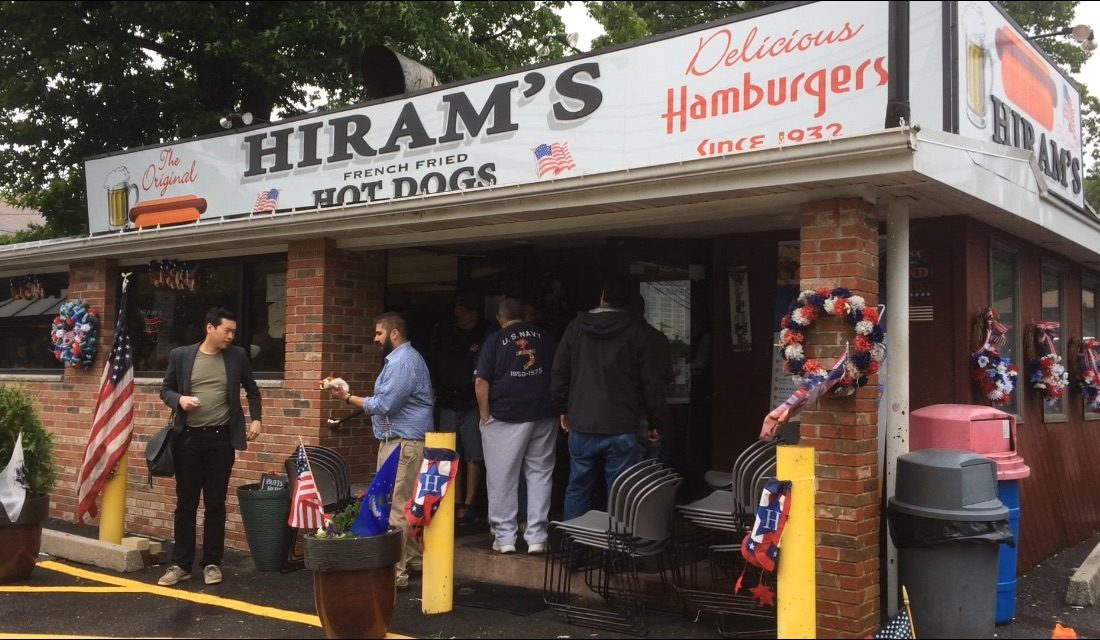 It shouldn’t take the occasional George Washington Bridge lane-closing scandal to route you through Fort Lee to discover what that town has to offer. The little-under-3-square-mile Bergen County community is packed with history and a rich food scene to explore, too.

Fort Lee was, at the turn of the last century, the motion picture capital of America. New York City was too expensive (even back then), and there was also the natural beauty of the Palisades for filming. Did you know that is where the term “cliffhanger” came from? In 1909, Champion Film Co., a forerunner to Universal Studios, built the first studio in Fort Lee.

Speaking of movies, in 1985, bored Fort Lee housewife Roberta Glass, played by Rosanna Arquette, ventures into New York City for thrills and adventure in “Desperately Seeking Susan” and ends up in a SoHo diner. Roberta found love there, but could have at least eaten better in Fort Lee today. For elevated diner food closer to where Roberta lived, try the family restaurant, Chillers Grill. 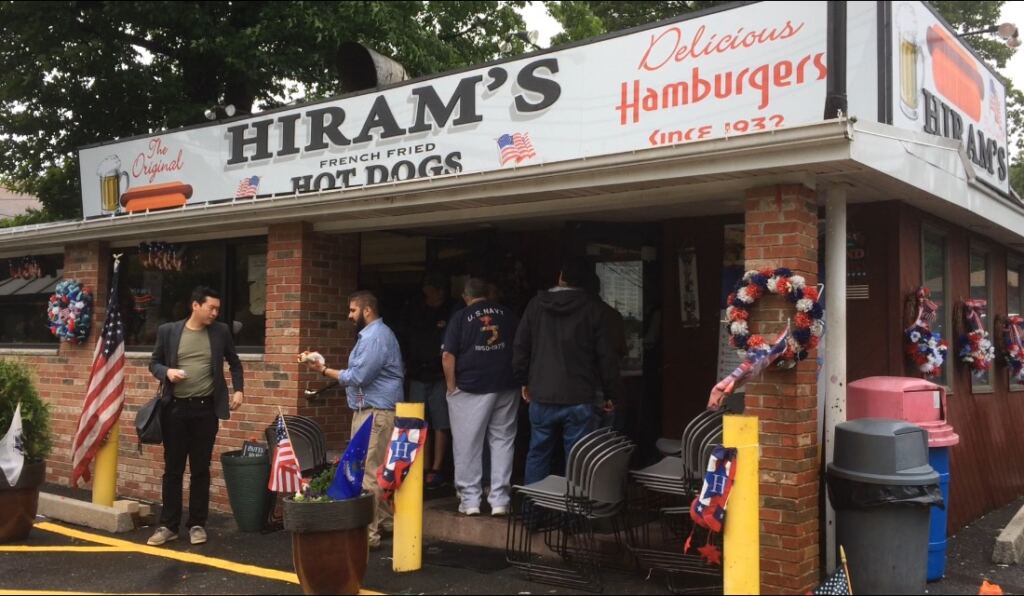 Fort Lee is named for a Revolutionary War general, Charles Lee, who was thought to be the one who would lead the Continental Army, a role that went to George Washington instead, creating a career lane closure for Lee. After a defeat to the Brits in November 1776, and Washington’s army ensuing retreat through present-day Fort Lee, Thomas Paine wrote his famous line: “These are the times that try men’s souls.” That line may also be relevant today, but Washington and Paine did not have Hiram’s Roadstand to stop at — a respite from trying times. One of the premier hot dog joints in a state known for its hot dog joints, Hiram’s has been open since 1932, and likely because the GW Bridge opened a year before. If you don’t like Hiram’s, you really don’t like hot dogs. It also was an Anthony Bourdain favorite, so if you don’t trust our opinion, you can at least trust his. And they have beer on tap, too.

Lee is the second-most common Korean surname, and although coincidental to the name of the general and the community, there exists a thriving Koreatown since before the beginning of this century. With a population that is nearly one-quarter of Korean descent and hundreds of Korean-owned businesses, Fort Lee could be a destination for exploring Korean cuisine alone. 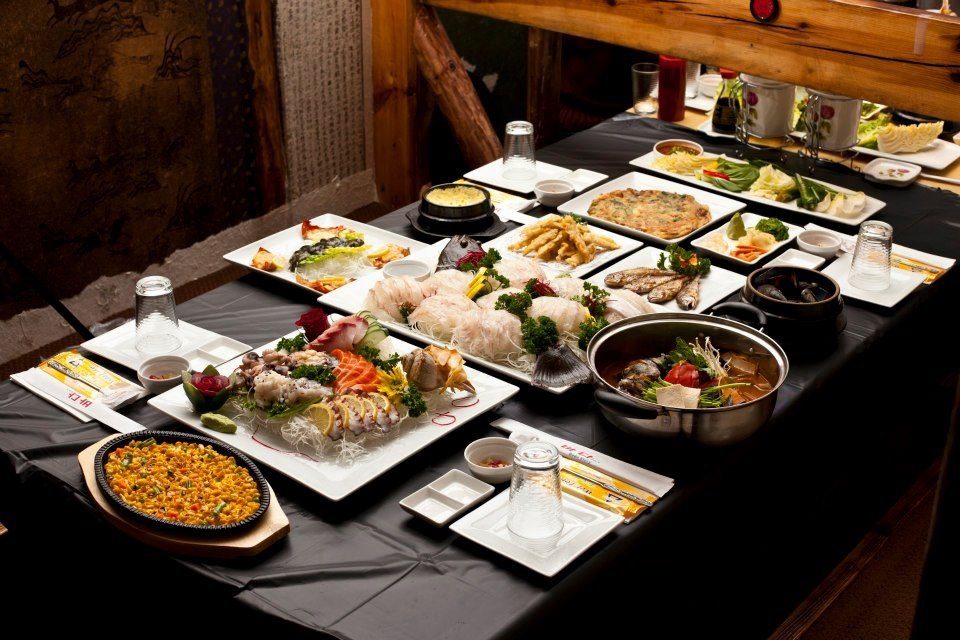 Have a craving for KFC? No, not that KFC. Korean fried chicken. Head over to Boom Boom Chicken. Bada Story, for Korean-style sushi and seafood, brings in some of its fish from South Korea. Sa Rit Gol is the eating and meeting place for locals, communing over classic dishes. Prime and Beyond, open since 2003, is a steakhouse and butcher shop, offering classic and Korean-influenced dishes and accompaniments. Speaking of movies again, Obaltan bears the name of what some consider the best South Korean movie ever made. Here, away from the main concentration of Korean establishments, you’ll find top-notch Korean BBQ. Dong Bang Grill and Taste 1080 are two other BBQ spots worth checking out. Hannam Chain is a Korean grocery store chain that originated in Los Angeles’ Koreatown. In the same plaza, you’ll find Café Trois, for a good breakfast and some Korean baked goods. 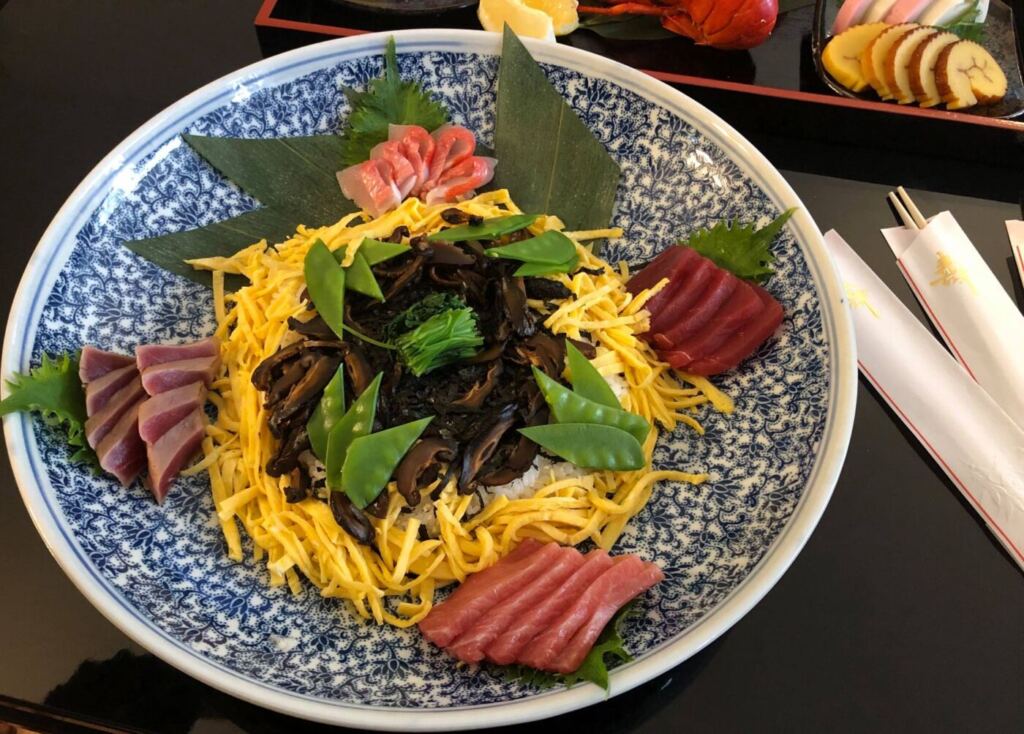 Other foods can also be found in Fort Lee. Menya Sandaime is an authentic Japanese ramen shop. Sushi Aoki is intimate to say the least, with only 10 sought-after seats. Sushi Kai offers a daily tasting menu in an elegant setting, and SOMA Sushi, only open since May, is already developing its own following for accessible pricing and dining room size, seating 90. Fudgarten’s tagline is “where life meets food,” but easier to understand is the popularity of this organic fast casual destination with well-sourced and well-made food.

Ventanas at the Modern, an American-Latin-Asian fusion spot, was named by Open Table as one of the Top 100 restaurants in America for a date (we assume to take one, not find one). Kuba serves real Cuban dishes with a dash of Asian flare. As this is New Jersey, there may be few towns without an Italian restaurant — or five. Baggio’s and Franco’s Metro are popular spots, not just for their pizzas but an array of pastas and other Italian specialties. While finding good Italian in most towns is not always difficult, finding Cajun seafood boil is, and Dancing Camaron has its customers two-stepping with joy since opening last autumn. 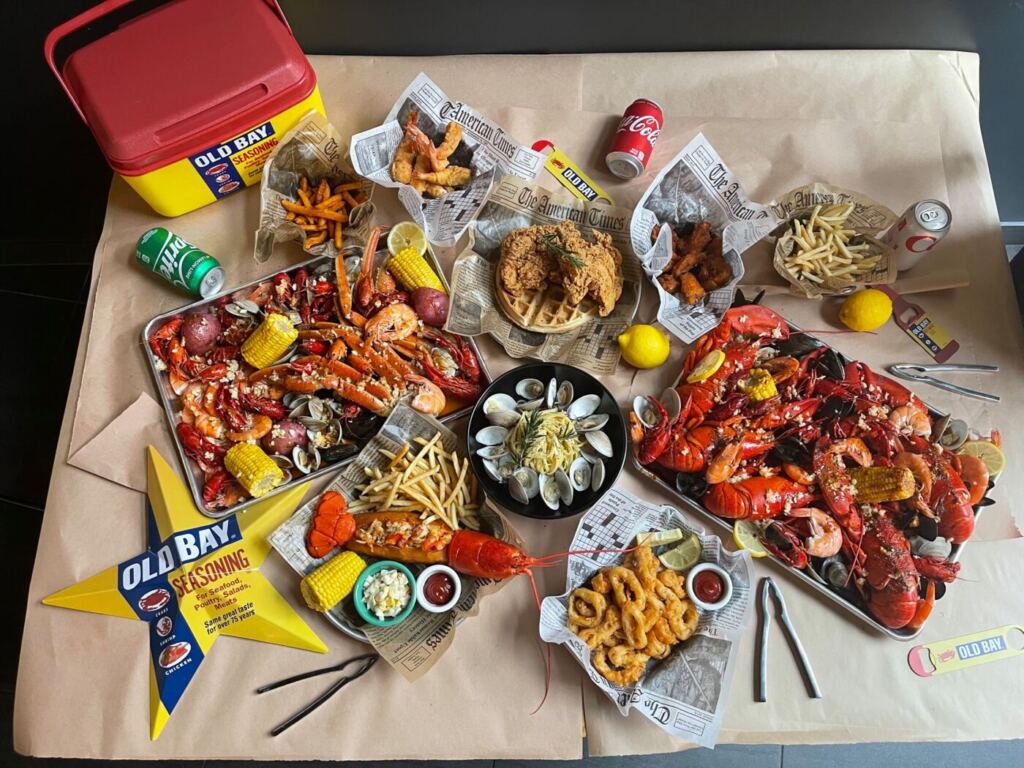 Speaking of movies just one more time, the Barrymore Film Center is scheduled to open this year. A 250-seat theatre and museum celebrating the history of Fort Lee’s role in film, there won’t be a restaurant, but a large box of popcorn and a soda seem like it may be a great local meal to have when attending future film events there.

Hank Zona writes regularly about wine, spirits and a range of other topics such as food and culture. He also has been running wine and spirits events of all sorts for over a decade.

Delivered to your inbox every other week on Thursdays, Jersey’s Best is pleased to offer a FREE subscription to Garden Statement, highlighting the most popular Jersey’s Best content.