This week, on the heels of the 50th anniversary of Chez Panisse, the American culinary icon Alice Waters opens Lulu in Los Angeles. Located at the Hammer Museum in Westwood, the project is the chef’s first new restaurant in 40 years and first-ever L.A. venture. “But I am just a cheerleader here,” Waters says. “This is David’s show.”

She’s talking, of course, about David Tanis, the New York Times food columnist and author of such seminal cookbooks as The Heart of the Artichoke. Tanis also served as Chez Panisse's Head Chef for nearly three decades. During his tenure, he played a pivotal role in shaping the restaurant’s loosely Mediterranean, rigidly seasonal idiom, and his gifts as a teacher helped establish the Berkeley landmark’s reputation as a utopian incubator for talent. Now, almost exactly ten years since he left his post at Panisse, he’s back in a professional kitchen. 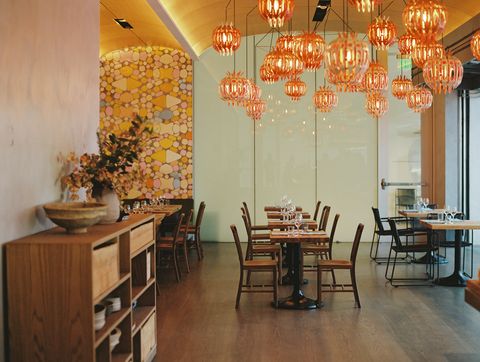 “It feels just marvelous,” Tanis says, fresh from a visit to the Santa Monica farmers market. If he’s nervous about opening a buzzy restaurant in a new city, he isn’t letting it on. “Every decade or so, I try to make a big change in my life.” This time around, he decided to relocate to Los Angeles from New York City to help Waters make her latest dream, Lulu, a reality.

At first, Waters envisioned an approachable meeting ground, a place where visitors could count on finding nourishing food, soundly sourced. Her goals grew loftier soon enough. “With Alice,” Tanis says, “nothing is ever a simple proposition.” 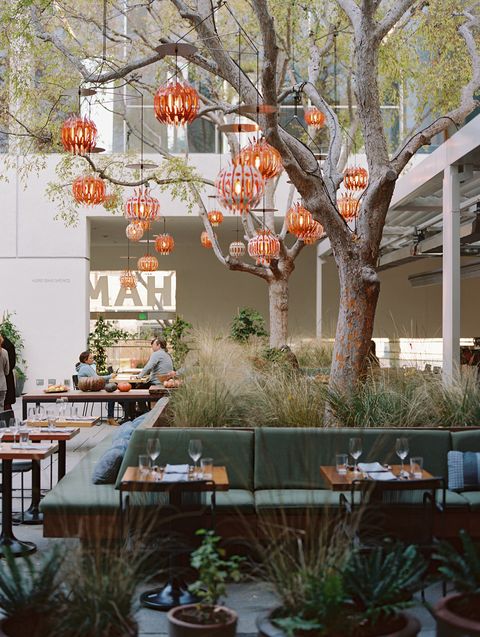 “We inherited a space that looked a certain way and decided to alter it to make a little earth friendly,” says Tanis.

Waters wants Lulu to serve, “in a small way,” as an engine for cultural exchange and a symbol for sustainability.

To take the measure, consider Lulu’s design, for which Waters enlisted Christina Kim—an Edible Schoolyard board member and the founder of the clothing line Dosa—and the set designer Sean Daly. Thanks to their efforts, most of the materials in the space are as local as the food. The reclaimed wood used to fashion the tables, signage, and drawers, for example, was harvested from a Bunya Bunya tree, the same variety that towers over the entrance of Chez Panisse. This one fell just two miles from the Hammer. 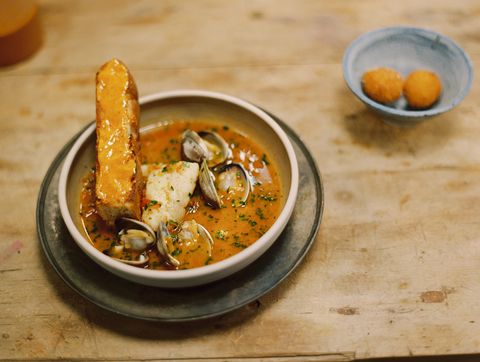 According to Tanis, Lulu’s menu is “definitely in line with our market-driven, fresh-from-the-farm agenda.”

“This is an industrial, urban setting that needed a bit more heart,” says Daly; his previous credits include designing the famed Capri restaurant in Marfa, Texas. “The soul of it was missing because the edges are so sharp.” But instead of starting completely from scratch, he and Kim pushed themselves to resist unnecessary waste. One element Lulu inherited from the previous tenant was easy for them to embrace: the tile mosaics and sculptural lanterns of the Cuban-American artist Jorge Pardo. The shelving that runs the length of the bar, meanwhile, is encased in an ethereal patchwork that Kim refers to as a “Zero-waste skrim.” An amalgamation of scraps Kim has kept from previous commissions, the fabric creates a kind of call-and-response with Pardo’s work. 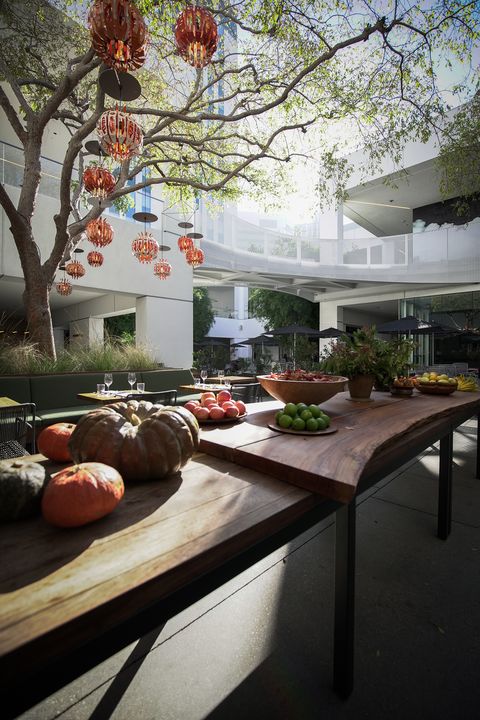 “To be honest, it always feels daunting to open a new restaurant,” says Tanis. This is no tiny thing and comes with interesting problems and not a little chaos, but I think we’re ready.”

Waters prompted Kim and Daly to create a space that could evolve over time as people interact with the venue. The team plans to host cooking classes and, in a very Panissian way, they’ll welcome a steady stream of artists and academics. Some will present their work, others will simply be fed. “Who knows, maybe we’ll do dinners after-hours for students, or Michael Pollan will come by after giving a lecture,” Waters says, arguing that there’s no way to predict the influence that these happenings will have on the young restaurant.

It’s why she wants to manage expectations: “I am careful about doing PR for the restaurants and creating the hype that can make people think they’re about to have the best meal of their lives," she says. "I just want the place to be what it is, and what it can be.” 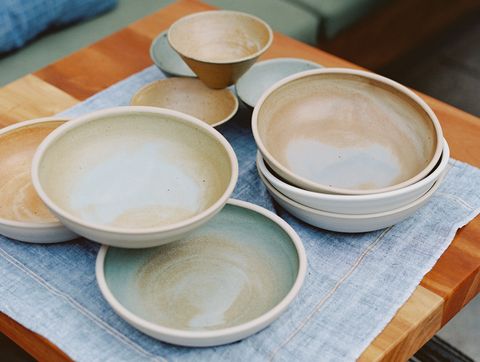 For Lulu’s ceramics, Kim and Daly commissioned Shoshi Watanabe, who is affiliated with both UCLA and USC. “It was important for us to build a connection to the world of academics,” says Kim. 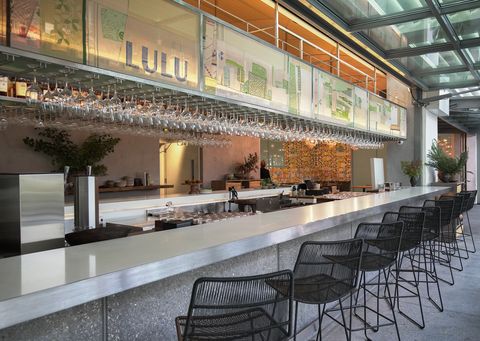 An amalgamation of scraps designer Christina Kim has kept from previous commissions, the fabric above Lulu’s bar creates a kind of call-and-response with the work of artist Jorge Pardo.

Ulla has written for WSJ Magazine, T, Eater.com, Saveur, and the Newyorker.com.