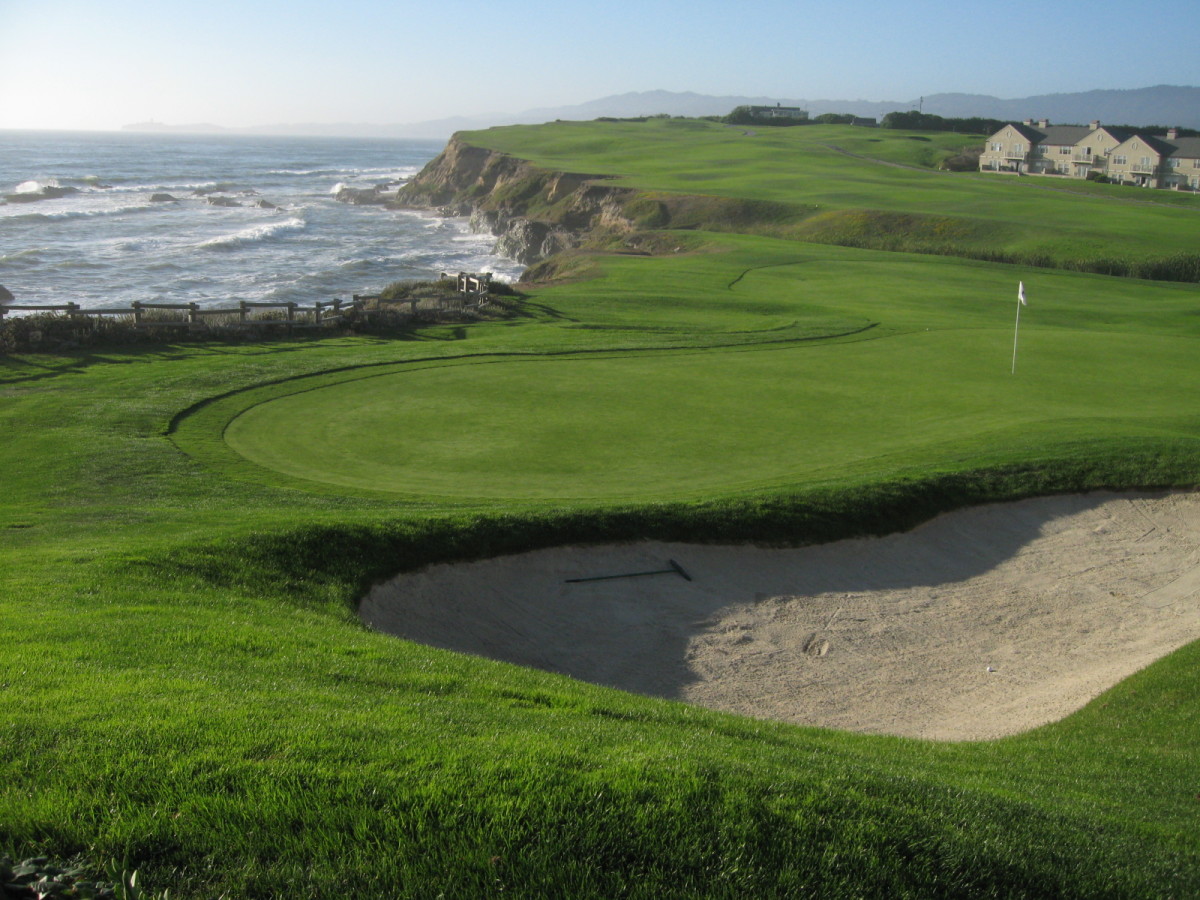 Patty Burness specializes in culinary & wine tourism & luxury travel. Get up close & personal with the best of her worldwide adventures.

What a course! Half Moon Bay

The San Francisco Bay Area has an amazing mix of public golf venues. Meant for both the experienced golfer and the duffer, all of these courses present the chance to get out on the links, savor the vistas, and shoot the best score you can—in spite of bunkers and hazards, undulating greens, trees, and other obstacles that may present themselves. 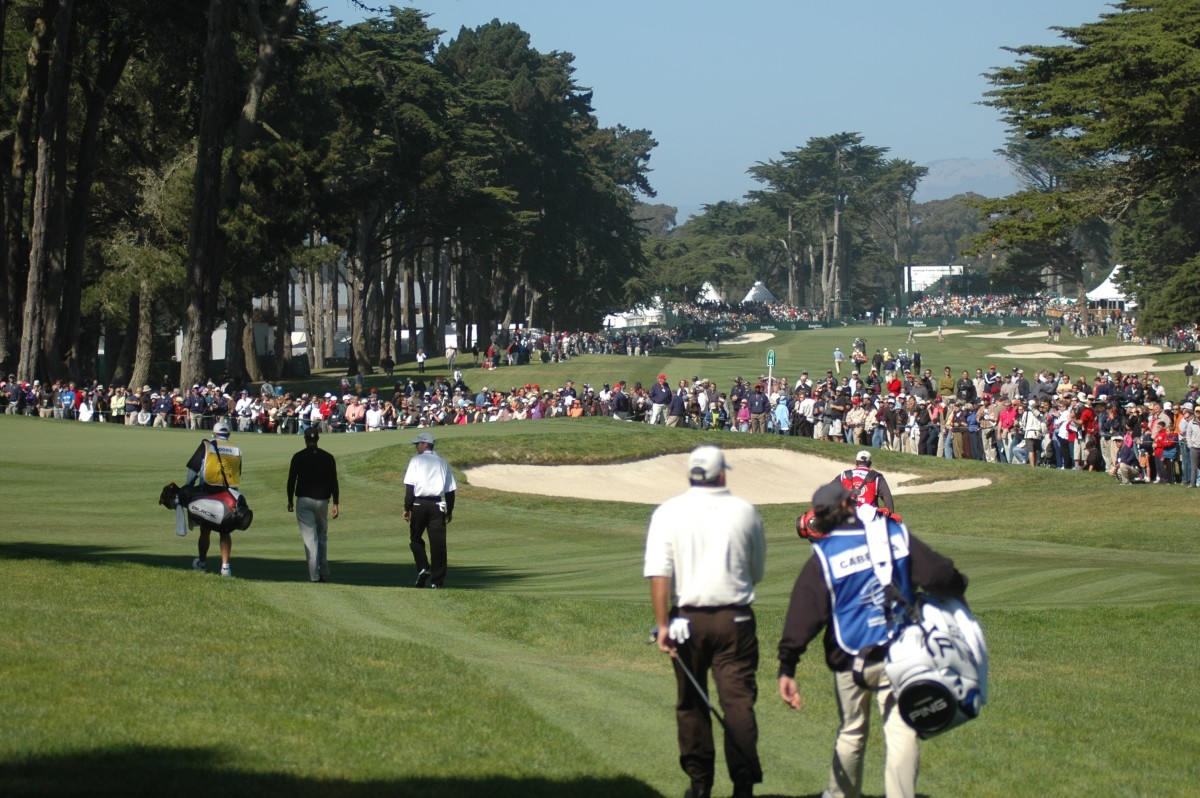 Want to play where Tiger played and battled into extra holes in a duel with John Daly in the 2005 American Express Championship? Then look no further than the shores of Lake Merced. There you’ll find TPC Harding Park, one of the oldest municipal courses in the United States. It opened in 1925, and it was named after former President Warren G. Harding. Ever since it opened, it’s been home to championship play.

This par-72 course is playable from a variety of tees. For men, the layout stretches from 6,405 yards to a muscular 7,169—enough space to tee it high and let it fly. Shorter hitters can play from the red tees, where the course measures 5,875 yards. There are a number of memorable holes, but the finishing stretch (14–18) is what most folks remember. It includes both massive (14) and drivable (16) four-pars plus a sexy three-par through the cypress trees topped off by a heroic carry over a corner of the lake at the finishing hole.

If you don’t’ have time for a full 18, try the Fleming Nine. It’s located inside the outer loop that comprises the championship course. But don’t be fooled: Fleming is a great test in its own right. The “little” course measures 2,165 yards from the back tees and 1,865 from the front. It’s as good a nine-hole experience as you can find. The opening hole is formidable—a tight dogleg four-par just over 400 yards. It’s followed by two more par-fours and an eclectic mix of one-shotters.

A friendly restaurant and bar await golfers after the finish as does a well-stocked pro shop. It’s easy to book your tee time online.

If exquisite scenery is what you’re after, then try Lincoln Park on the northwest tip of the city. The starter’s window is just a wedge shot from the intersection of 34th Avenue and Clement Street. The course is quite short (just over 5,000 yards), but don’t let that fool you. There's enough undulation and wind to make it interesting, and with small greens, a fair test awaits.

The course plays to a par of 68. While a number of the four-par holes are drivable, they are also tight. When you look at the last three holes on the card, you will blink in disbelief. Short course? The 16th and 17th are back-to-back three pars that stretch out over 230 yards each. The finishing hole is a narrow 383-yarder. Bring your game if you hope to score.

What makes this gem stand out are the views. They are world-class, which earns Lincoln Park the nod as perhaps the most scenic public course in the world. You’ll see the Transamerica Pyramid from the middle of the 7th fairway, downtown San Francisco from the 13th tee, and of course a spectacular view of the Golden Gate Bridge from the 17th tee. This is the type of course that people play then talk about everything they’ve seen instead of what they shot.

Lincoln Park isn’t the only local 18 with views. If you venture into the Golden Gate National Recreation Area, you’ll find the Presidio Golf Course, a layout that dates back to 1892. It was named a National Historic Landmark in 1962.

This is another par-72 course of moderate length (6,422 from the championship tees; 5,306 from the red markers) but with enough elevation change to make it a blast to traverse. Experience a bevy of beautiful views while you navigate a number of interesting holes, including a quartet of three-pars (Nos. 4, 7, 12, and 15) that are second to none.

You’ll appreciate the online booking, driving range, and practice area as well as the restaurant. Presidio has been rated one of the most environmentally friendly courses in the country and has implemented a drastic reduction in the use of pesticides in its turf management program. 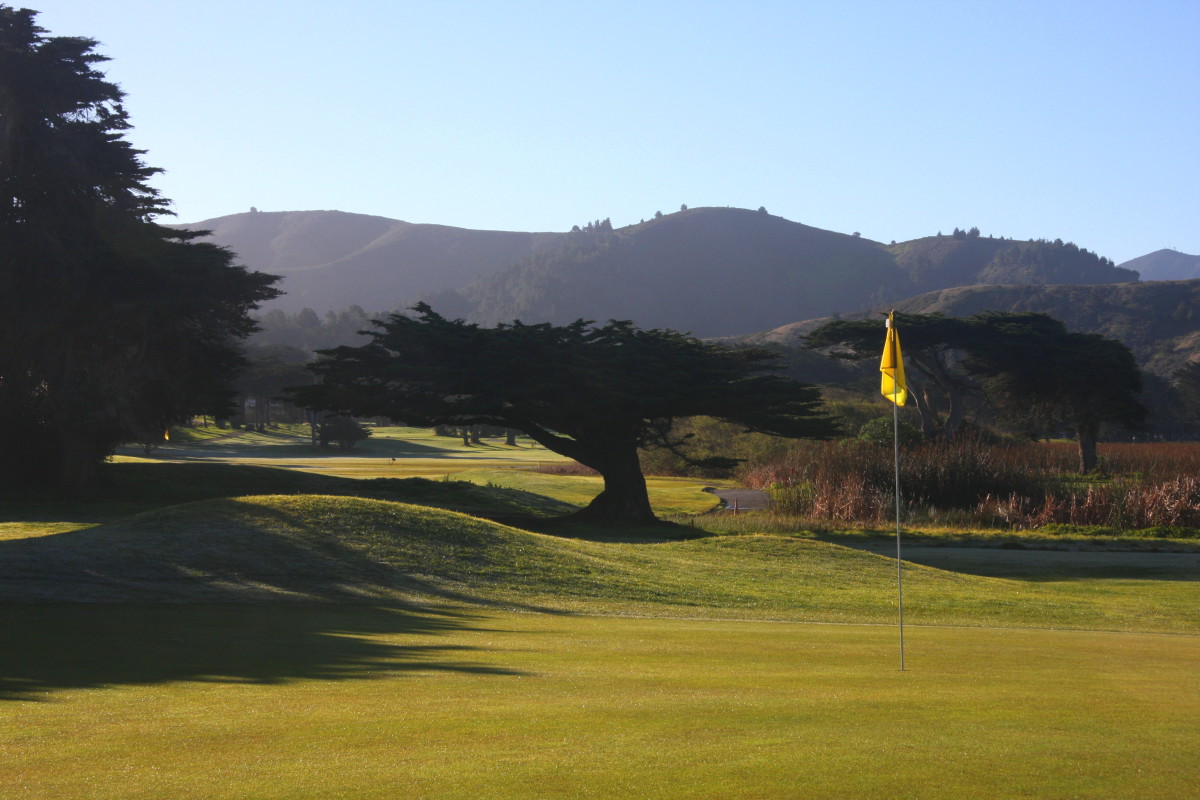 A View From Sharp Park

Just 10 miles south of San Francisco, you can find Sharp Park, a city-owned course designed by a man revered as the greatest golf architect of them all: Dr. Alister MacKenzie. He was commissioned by San Franciso’s Recreation and Parks Department to create a seaside links. He did that and much more when he designed and built Sharp Park. The course was opened in 1932, and it’s been the hub of civic life in the little town of Pacifica ever since.

The course measures a very playable 6,382 yards from the back tees (5,699 from the front set) and plays to a par of 72. Among the most noteworthy holes are the 1st (where a creek crosses the fairway at the 300-yard mark), the 3rd (which features a set of MacKenzie’s trademark camouflage bunkers), the 10th and 11th (which demand four-pars of 414 and 413 yards, respectively), the 14th (which borders Laguna Salada and also has a “deception bunker” protecting the green), and the 16th (which runs parallel to the sea wall that protects the course from the Pacific Ocean).

The course is a bit tattered at the edges, but a movement by the SF Public Golf Alliance is afoot to restore its legendary features. Golf architects come to the course from all parts, marveling at its raw beauty and the tantalizing restoration prospects. The course is a delight to play and is truly a good walk enhanced by the hand of a master architect. 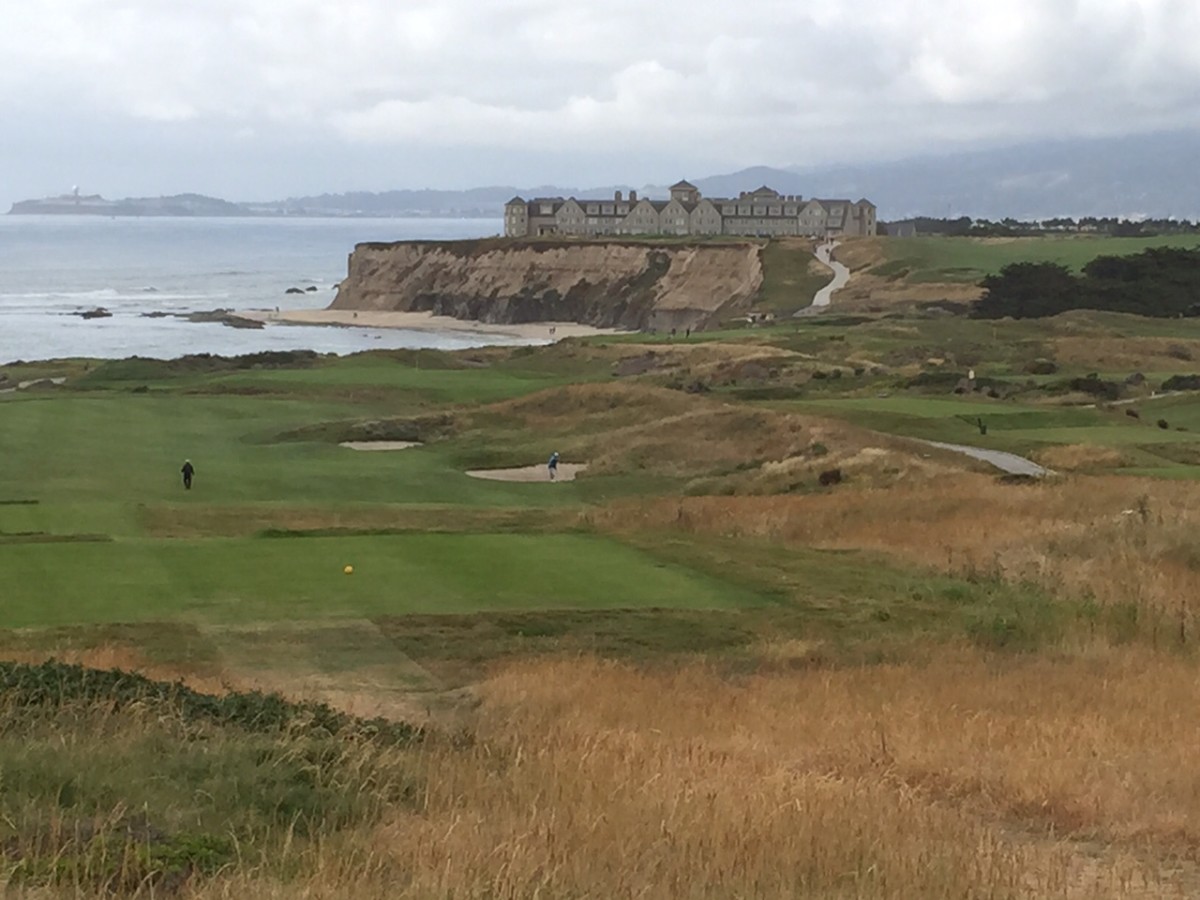 A View From the Ritz-Carlton Half Moon Bay Course

The Ritz-Carlton Half Moon Bay

If you head south from South Francisco to Half Moon Bay, you’ll find two terrific courses at the Ritz-Carlton Hotel. Each offers a first-rate golf experience (both par 72s). The Ocean Course (6,852 yards) is wide-open and essentially tree-less, evoking the feel and playability of courses in Scotland and Ireland. The last three holes finish by the shoreline and are a visual treat, especially the 16th, with its incredible downhill view of the grounds and the coast, and the 17th, a cliff-hugging three par that draws spectators from a public nature trail that runs along the property’s edges.

The Old Course is more traditional, and it too provides a strong finish; the 18th hole is a four-par measuring 413 yards, and it is second to none for raw beauty, drama, the scent of the sea, and an unforgettable vista. Stop by the fire pits just beyond the final green for a libation after you’ve putted out, and if you conclude at dusk, Mother Nature will finish your day in style. The hotel offers a number of dining options. Booking online streamlines getting a tee time.

You can find Poppy Ridge in Livermore across the bay from San Francisco. The course is owned by the Northern California Golf Association, and it provides a first-rate experience at reasonable rates (book online). The courses were designed by Rees Jones, who is best known for his work preparing U.S. Open sites.

Three varied nines are named after the grapevines that adjoin them. Set across 3,000 acres, each of the courses is a par 36. They play to similar yardages: Merlot to 3,593 yards from the back tees, Chardonnay to 3,513, and Zinfandel to 3,535. Pick any two, and you won’t be disappointed. No two holes are alike, and whichever two nines you play will more than fill the plate.

When you’re finished playing, check out the Grill and the Pro Shop in the Clubhouse.

The SF Bay Area Has It All

Golf is great in the San Francisco Bay Area, especially on its public links. Get a tee time and get out and enjoy the beauty of the area and the game of golf.

My in-laws rave about Bay Area golf. I've only played in San Jose when I'm down there. But can't wait. Great list. Sharing everywhere.