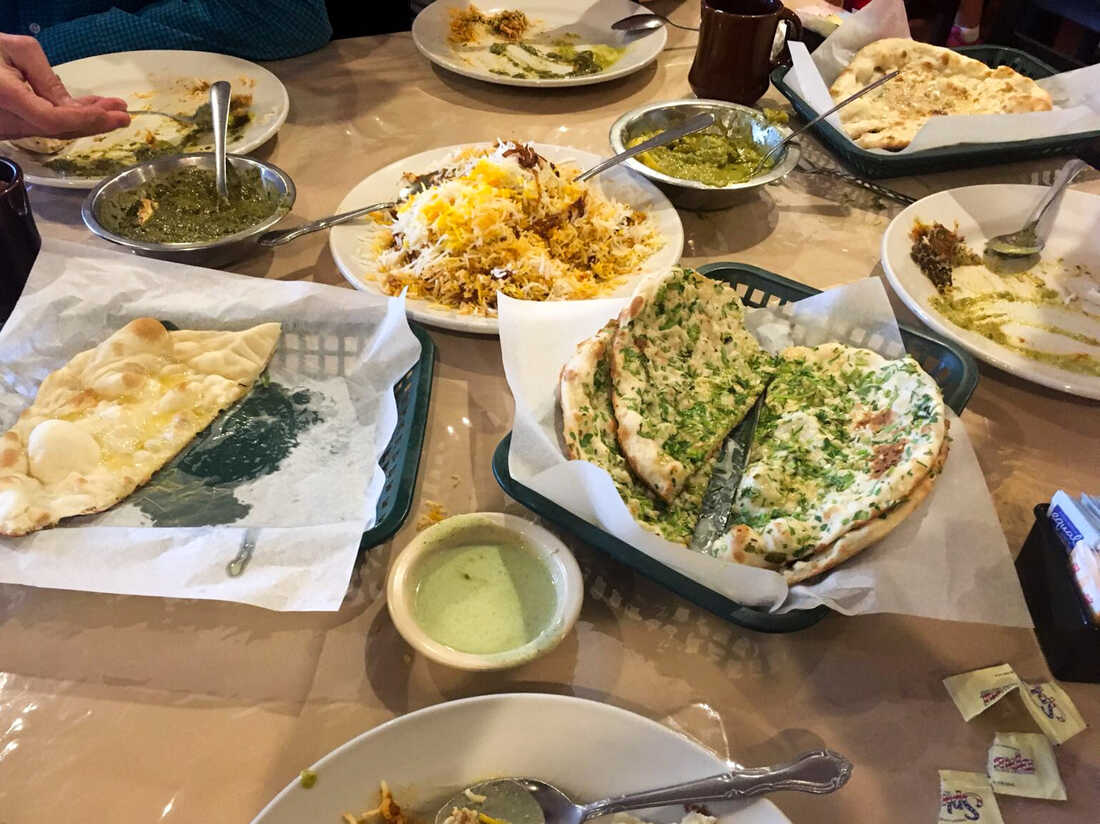 A Visit To Houston's Himalaya: Pakistani And Indian Food With Deep Texas Roots

Just off a Houston freeway, in a strip mall with an Indian tailor and South Asian grocery store, is a small restaurant with an out-size reputation. It's called Himalaya and its chef and owner is a Houston institution.

Chef Kaiser Lashkari is a large man with a bushy salt-and-pepper mustache. He's constantly in motion — greeting clients, inspecting steaming dishes carried by busy waiters, calling out to his wife overseeing the kitchen. He offers us food before we've even sat down.

"Let's feed you first, that's what we are all about, to put a smile on your face with good food," he says.

That food has made this humble eatery among the best restaurants in the city, topping the lists of every Houston publication and more recently, after a visit from Anthony Bourdain in 2016, the country.

Creamy chai is set on the table then vegetable fritters, and spicy samosas. "Just grab it Indian style with your hands," Lashkari advises. "No formalities. All fat-free, sugar-free, cholesterol-free and zero calories. Most of it is doctor recommended for weight loss." He is a gregarious host.

"If I was not a chef, I would have been a part-time stand-up comic I think," he says.

Lashkari grew up in Karachi, Pakistan, and studied medicine. He was three and half years into medical school when he told his parents, "This is not where my heart is," he says. "And they thought I had flipped my noodle. Because everybody, every Indian and Pakistani parent in the '80s, wanted their kid to either become a doctor, lawyer or engineer. Nobody had heard of being a chef. I broke my parents heart by not becoming a doctor." 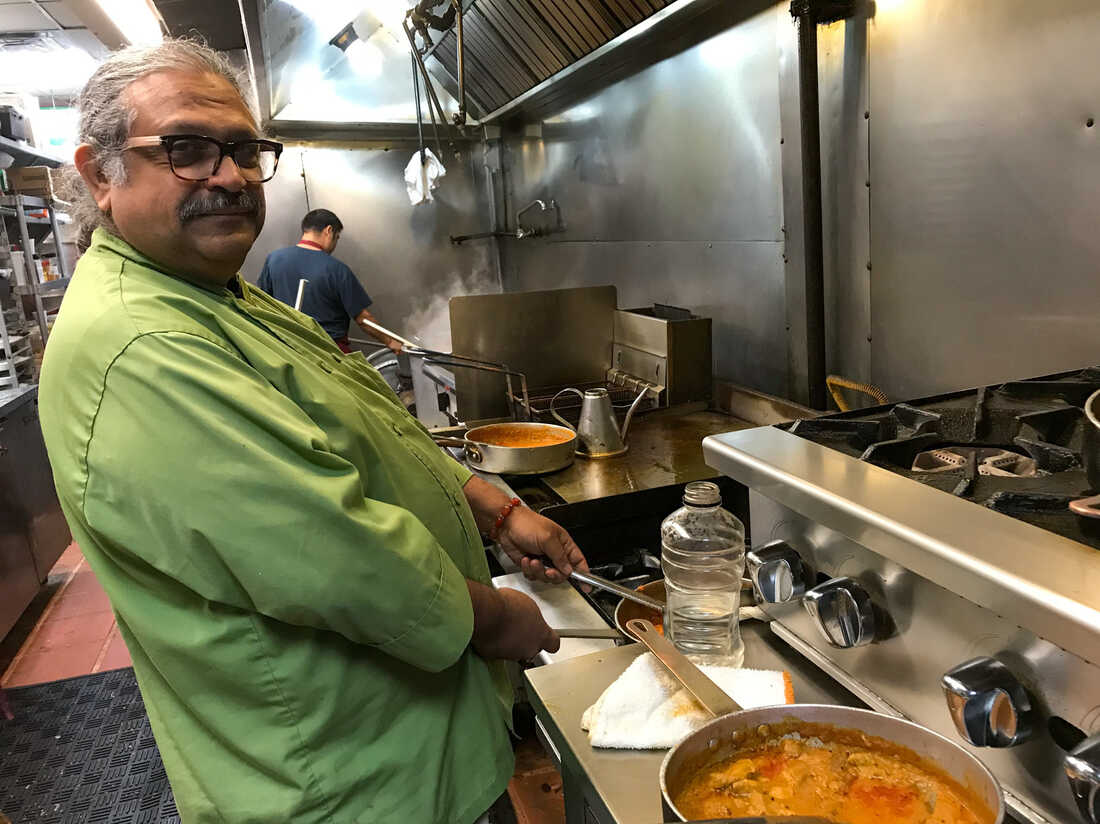 But Lashkari's heart was in cooking. He moved to America, got his masters' degree from The Conrad N. Hilton School of Hospitality at the University of Houston and settled in the city. At first, he was mostly catering Indian weddings, and then 14 years ago he gambled everything on this place.

"When we came here in 2004, I had 11 hundred dollars in the bank," he says. This was a Colombian restaurant that we bought over."

He kept a painting of a traditional Latin Market market scene, with a tiny cross perched on an archway. It dominates the whole wall.

"This is the story," Lashkari explains. " In Islam, you can't remove a picture that has a cross in it. That was my wife's understanding. … And she said. 'Don't ever remove this.' And this restaurant became very lucky for us. We, from being hand to mouth, we became self-sufficient, so this proved to be a lucky painting. Plus, this was a colorful painting and it was all we could afford at the time. So we want to keep it and we want to keep the cross as long as I'm alive and kicking." 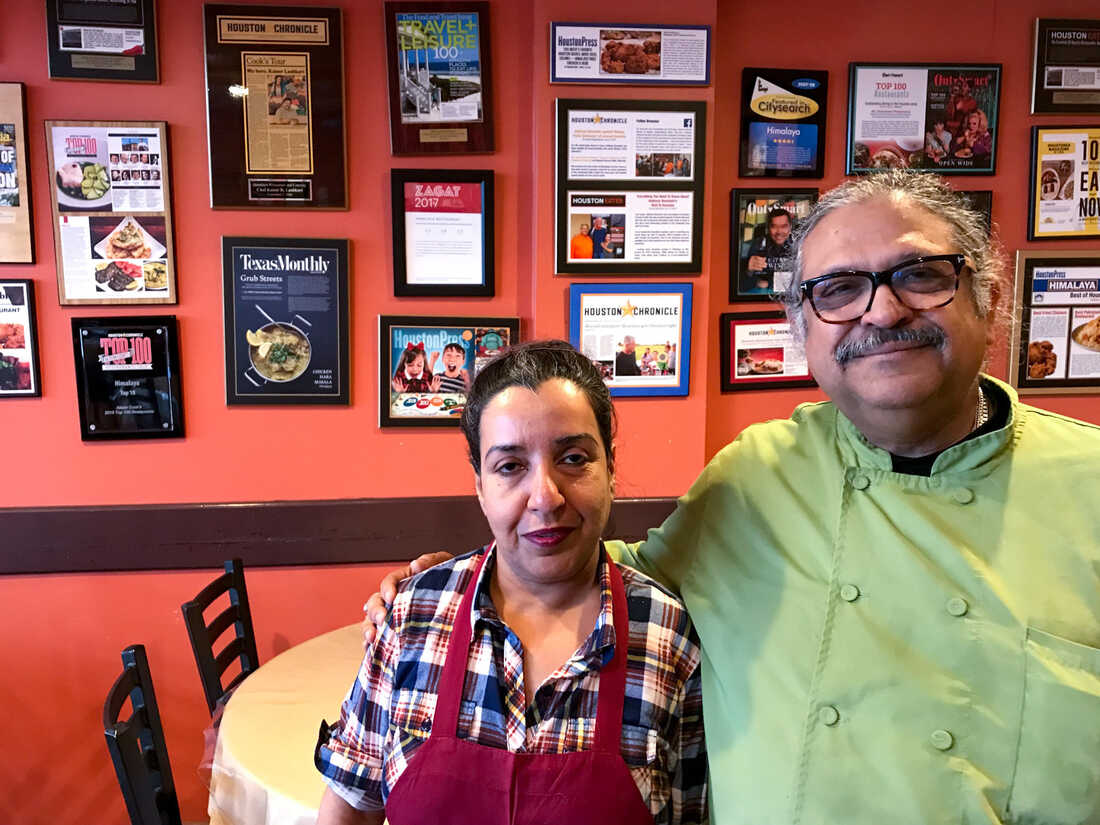 It's a sign of how so many communities have built Houston into what it is today — influencing each other, melding into something unique. Lakshari has applied that to the dishes he serves: His signature chicken curry, cooked in huge metal pots in his sweltering fragrant kitchen, is made with Mexican tomatillos and cilantro. It's incredibly delicious and we ate that along with the best sag paneer, an Indian spinach and cheese dish, that I've ever tasted.

"We do a lot of fusion right now," the chef says. "This restaurant is famous for its fried chicken. It's fried the Southern way, but the raw chicken is marinated with Indian spices. My white gravy is made with cashew nuts and almonds and coconut. So it looks like a white gravy of a chicken fried steak, but it's different." Think of it as Pakistani and Indian food with deep Texas roots.

When asked about talk that he's thinking of retiring, Lashkari paraphrases Al Pacino's famous line in The Godfather: Part III: "Every time he wants to quit the mafia business, 'they pull me in.' Every time I want to retire, some customer comes in and tells me how much he enjoyed the food. And there I am, back to the drawing board, trying to think of something new to make and put on the menu."