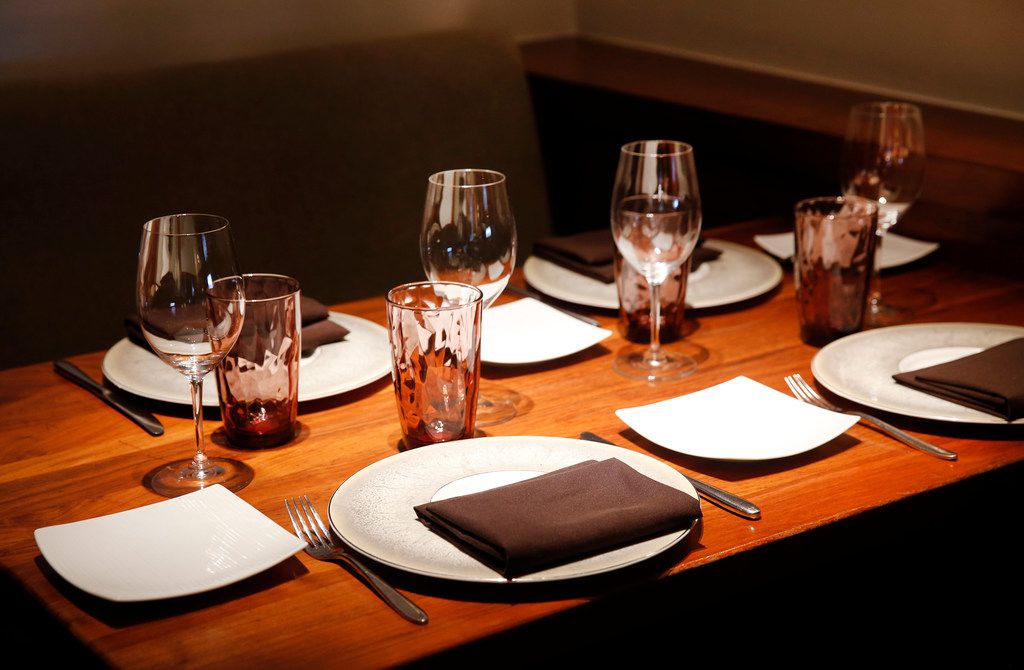 Another high-end Dallas restaurant is shredding the white tablecloths and going casual.

Abacus, the elegant fusion restaurant that launched Kent Rathbun's career, then nearly ended it, will reopen on Aug. 7 as Jasper's Uptown, an outpost of the Texas-style chophouse in Richardson that is owned by the same restaurant group.

The bar will be bigger: Double the size, to be exact. The dining room will be brightened up with new paint, upholstery and mismatched (though well-polished) chairs. The soundtrack will flip from eclectic jazz to pop and country. And in a couple of weeks, a new patio will open facing the parking lot, and lunch and brunch will be added to the dinner service.

The tablecloth is gone, but the Reidel stemware is still there.

Jasper's blue cheese potato chips, fried quail knots, hardwood-grilled pork tenderloin and other dishes will occupy about half of the menu. The rest will be holdovers from Abacus — including a short selection of sushi and the famous lobster shooters — though at generally lower prices. There are also a few new dishes that slightly tweak familiar menu items, such as a rib-eye cooked on the coals and lemon meringue crème brulee.

"This neighborhood has changed and fine dining has changed," Hyde said, sitting in the freshly painted dining room last week. "Millennials are now occupying the majority of the area. Now the menu is something that serves the majority of people who live here."

If there was ever a restaurant due for a reboot, it was Abacus. Once at the forefront of the Dallas dining scene, it began losing status and stars nearly 10 years ago, when it slipped to a three-star rating in a Dallas Morning News review that dinged it for "lacking creative vigor." In 2016, it earned one of those stars back – and then Rathbun left the restaurant.

Lately, Abacus has mainly been in the headlines because of the brutal legal battle that followed over the use of Rathbun's name. At one point, Rathbun began referring to himself as "the chef with no name," until the court barred him from using even that moniker, the Dallas Observer reported.

The lawsuits were settled in March 2018, and Hyde's restaurant group renamed from Kent Rathbun Concepts to the Abacus Jasper's Restaurant Group. It now operates three locations of Jasper's (in addition to Jasper's Uptown and Richardson, there is one in Houston; a Plano location closed last year). It also operates Hickory and Whitetail Bistro in the DFW Airport. Rathbun opened a fusion restaurant called Imoto in Victory Park last year.

The executive chef at Jasper's Uptown, Chad Bowden, was chef at Abacus for more than two years and had already begun adding Jasper's dishes to the electic menu. Hyde said most of Abacus' former employees, including all of its managers, sushi chef Tony Mateos and pastry chef Dulce Gonzalez, are back at Jasper's. 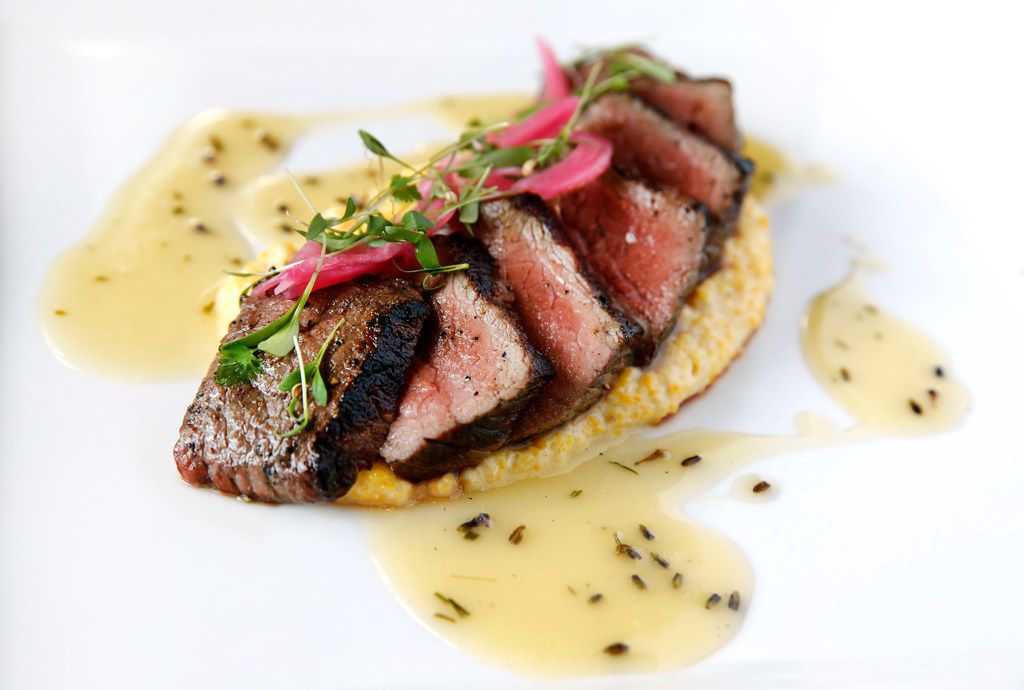 The wine list has also been retooled, with an emphasis on Napa Valley brands plus a smattering of more geeky selections (a supplemental list of Abacus wines is also available). Though prices are said to be lower, there are some staggering markups, such as 2017 Kim Crawford Sauvignon Blanc from New Zealand at $77. (Update: After publication, the price was lowered to $55).

Abacus' trajectory from a leader on the Dallas dining scene to half the menu in a comfortable neighborhood spot is one of the more extreme examples in the city's retreat from fine dining. The trend includes Stephan Pyles' Flora Street Cafe, which completed its transition to a more casual restaurant last month, and even Matt McCallister's Homewood, the triumphantly casual , four-star followup to FT33. Meantime, iconic formal restaurants such as the French Room and the Mansion are foundering.

"Creativity is wonderful," Hyde said. "But when it comes down to it, people want the basic food structure with some flavor profiles that are a little different from what they eat at home. And they want the dining experience: They want to be treated as if they are a special guest."

Updated on Aug. 14 to include the price change for 2017 Kim Crawford Sauvignon Blanc.