Healthybeat released a study on what the healthiest fast-food restaurants in America are and number one will surprise you.

The company chose ten meals from 20 fast-food giant’s menus and found the average amount of calories for all ten. They chose five of each restaurant’s best sellers and five random items. Coming in on top as the healthiest fast food restaurant was Little Caesars.

Coming in at number 20 as the least healthy fast food option was Pizza Hut. This may seem odd because one pizza chain was ranked as the healthiest option and one as the most unhealthy, but that’s what the numbers showed. Below is the full list of restaurants ranked from number one to number 20. 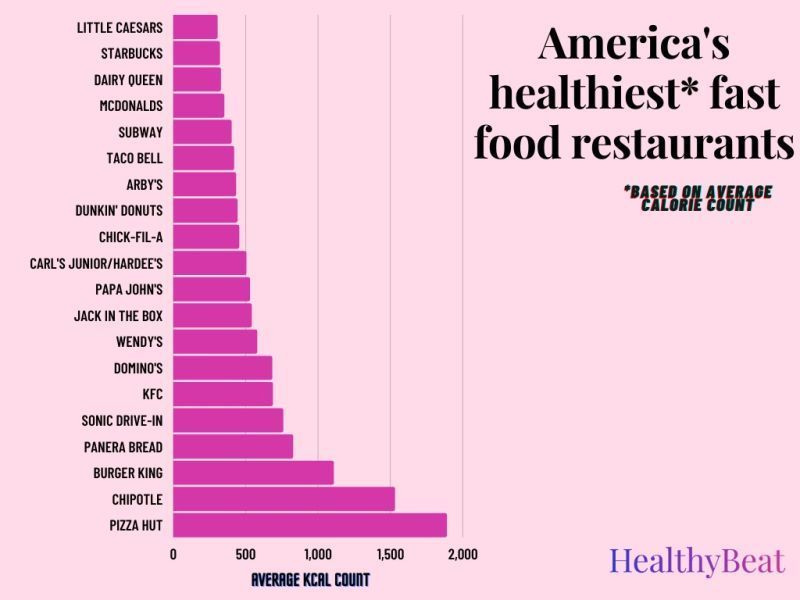 Remember, this isn’t to say that these are “healthy” fast food options, but if it makes you feel better then Little Caesars is the healthy restaurant.