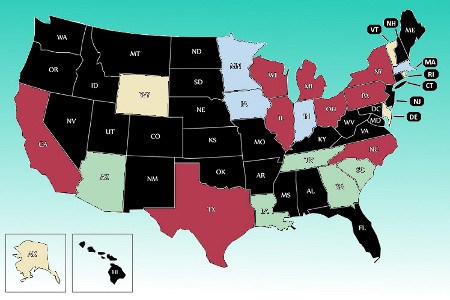 You might think that America’s Sun Belt states boast the largest numbers of golf courses. But that’s not exactly the case.

In fact, you may be surprised by the volume of courses in states where the climate is less hospitable. For example, New York and Michigan both have more courses than Texas, even though the Lone Star state boasts a considerably larger population than either.

In fact, while golf course numbers generally track with population figures, there’s a good bit of divergence. For example, frigid Minnesota ranks 21st in population yet counts 479 golf courses within its borders, while sunny Georgia (No. 9 in population) has just 396.

Now check out some of the more head-scratching figures:

It’s pretty easy to guess which state has the fewest courses – Alaska, with 24. Here’s the entire bottom 5:

Consider yourself lucky if your state has a lot of golf courses serving a small population.