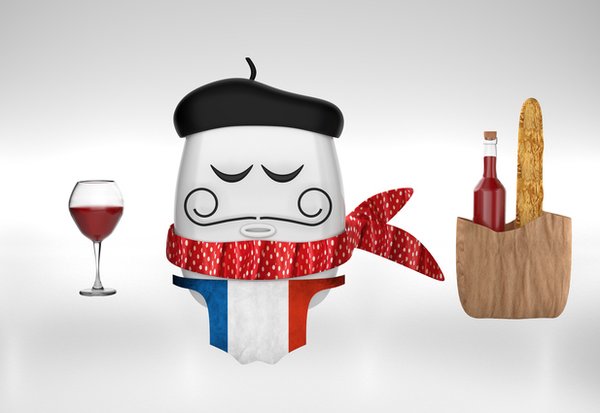 Ask George: Why aren't there more French restaurants in St. Louis, a city that was founded by the French? — Dave G., St. Louis

That's a question I've asked myself and others many times. Over the years, St. Louis has been home to some respectable French restaurants—but never very many at one time, a fact that holds true today.

And although the city has seen a recent uptick in authentic French pastry shops (La Patisserie Chouquette, Nathaniel Reid Bakery, Comme a la Maison), the number of French restaurants can be counted on one hand: Bar Les Freres, Brasserie by Niche, La Bonne Bouchée, Cafe Provencal, and Vin de Set. (Some might toss The Crossing and Parigi into that beret, but both are French-Italian hybrids.)

There's an Italian restaurant on practically every block in St. Louis. Why the paucity of brasseries, bistros, and French fine dining places? I used to think it was the assumption that French food was rich and heavy, which it was for a long time. The rise of nouvelle cuisine put an end to that, though, and then came the trend toward today's more casual dining style, which should have meant more bistros, right?

The question remained unanswered in my head, so I queried a few local restaurateurs, all experts in the field:

Paul Hamilton, co-owner of Vin de Set: "I think to this day French cuisine has a stuffy, sophisticated air associated with it and a style of dining that the average person is not familiar with. I think many people are still intimidated by Vin de Set because they don't know what the ingredients are in dishes with French names, i.e. vichyssoise, fricassee, etc. When we first opened, we didn't use any French menu names or terms when describing dishes, even though they were being prepared classically. We had so many comments that we weren't really a French restaurant that we ended up changing the names back to French. It's always been a dilemma."

Eddie Neill, co-owner of Cafe Provencal: "In days past, there was a group of bonafide, classically-trained French chefs who owned restaurants in St. Louis. Almost all those guys—and their restaurants—are long gone. Simplicity is at the heart of most French cooking. Americans—and that includes most American chefs—tend to overdo and over complicate everything. Anyone thinking of opening a French restaurant must keep that in mind. Most of the French food in France is amazingly simple."

Manfred Zettl, retired master chef, credited with the creation of Famous-Barr's legendary French onion soup: "French food has always been associated with fine, elegant dining and people don't want to go that route anymore. Today, it's all tapas, small plates, and eat-and-run. I hope that eventually the tide will turn back to actual dining."

Zoe Robinson, owner of three local restaurants, including Bar Les Freres: "I seriously don't know why [there aren't more], but I bet part of it stems from people remembering that classic French cooking was so stuffy and complicated. Sometimes when I mention to people that I have a French restaurant they say, 'I don't like French, it's too fancy and fattening.' That's not true anymore."