“Food, service and vibe,” Birnbaum says. “That’s what we think Catch is. We repeat it all the time.”

Catch Steak is a new-school steakhouse, where meals don’t have to weigh you down, the mood is festive, there are tableside presentations without unnecessary fussiness, and the quality of food remains high even though the room might be a total scene with celebrities, tastemaking influencers and big groups of party-hearty guests who have various dining preferences. The ambitious restaurant will be open for dinner seven days a week, with hours from 5:30 pm to midnight.

“We may do four or five, six, seven hundred covers, but we’re still doing everything the right way, the old-school kind of way,” says corporate chef Michael Vignola, who is charbroiling tomahawks and porterhouses on Montague broilers that can get turned up to 1,800 degrees.

But Vignola stresses that the menu at Catch Steak (which also has locations in New York and Aspen) is built around smaller cuts, which are cooked on one-and-a-half-inch solid steel plates above the custom-fitted broilers. 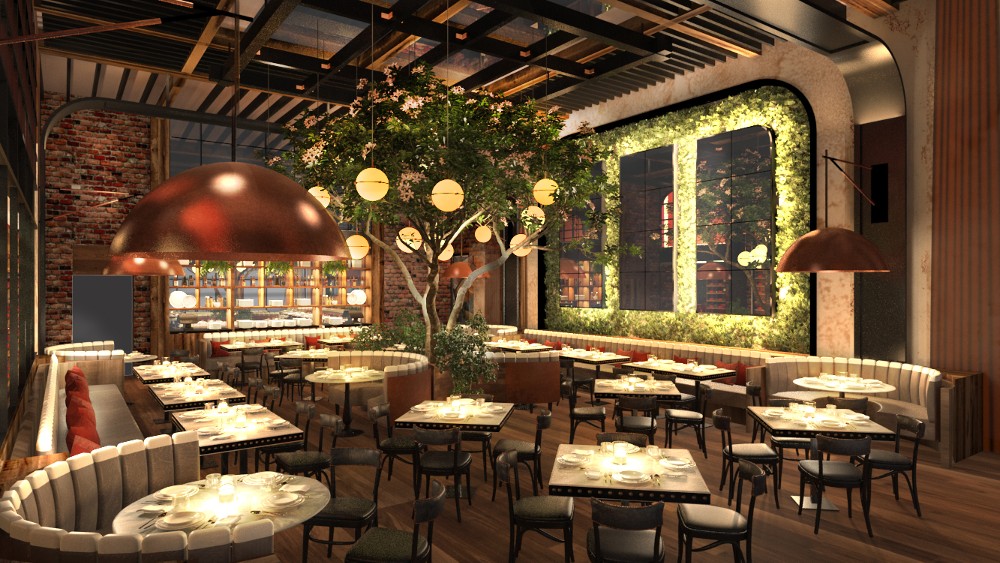 “Catch is a really modern approach to a classic steakhouse,” Vignola says. ”We kind of got away from that old-school mentality of the big burly cuts that are carved on a cart. Everybody really focuses on what they’re putting in their bodies now, and we understand that. So if you look at our menu, you’ll see smaller cuts. You’ll see the large-format cuts on the bottom. But on our core menu, nothing’s really over 12 ounces, and that’s really where we wanted to live. We really believe we can give you less if we’re giving you the best quality.”

Catch Steak has two butchers at Chicago-based supplier Allen Brothers that are hand-cutting beef for the restaurant.

“We’re only buying prime beef and only the top 2 percent of prime beef,” Vignola says. “Our meat is extremely trimmed down. There’s no ancillary fat, no extra gristle. It’s really focused and concise in the size and shape.”

At the same time, Vignola recognizes the importance of the traditional steakhouse flavors and textures that are built around grain-fed, corn-finished beef.

“I really wanted that classic old-school American mouthfeel that you get in a great steak,” he says. 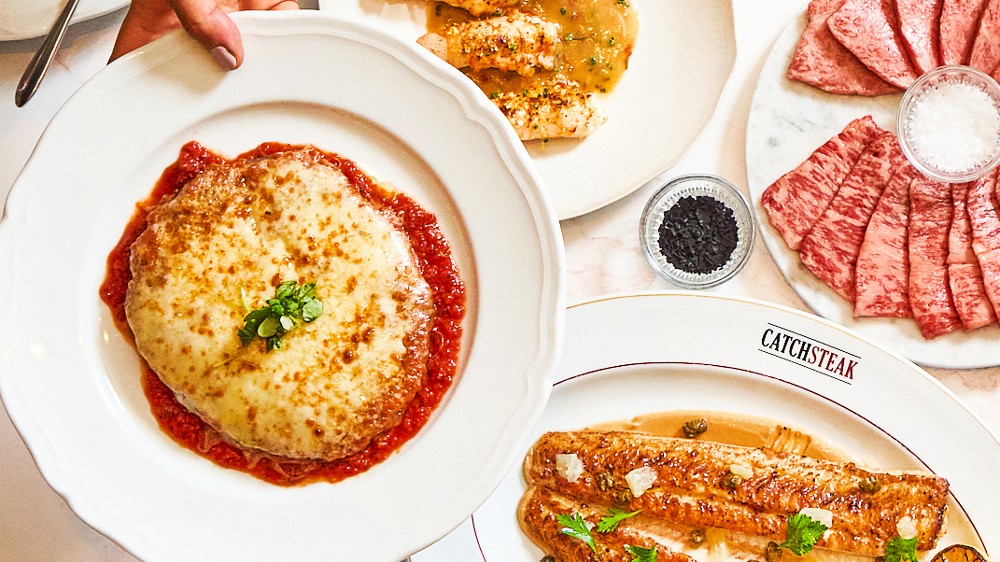 For those craving something different, there’s a chili-rubbed grass-fed New York strip. Catch Steak also serves coveted Japanese cuts, including snow beef from Hokkaido, olive-fed beef from Kagawa and true A5 Kobe beef from Hyogo, which can be ordered individually or as a flight of all three.

Non-steak options include chilled seafood, Dover sole, mushroom-crusted salmon, sushi rolls, spicy baked clams, roasted langoustines, sizzling shrimp, a soy-based vegetarian riff on chicken Parmesan (which both Vignola and Birnbaum highly recommend) and sides like a twice-baked potato that can be topped with osetra caviar. Vignola enjoys being in Los Angeles, where he can serve top-tier produce like California tomatoes that he pairs with Harry’s Berries strawberry jam.

Tableside theatrics include smoked cocktails that come out in lanterns, Wagyu sizzling atop hot rocks and baked Alaska that’s flambéed, of course.

For Birnbaum and his partners, including steakhouse king Tillman Fertitta (whose restaurants also include Mastro’s, Del Frisco’s, Morton’s and the Palm), the Catch brand is about putting the right concepts in the most optimal locations. 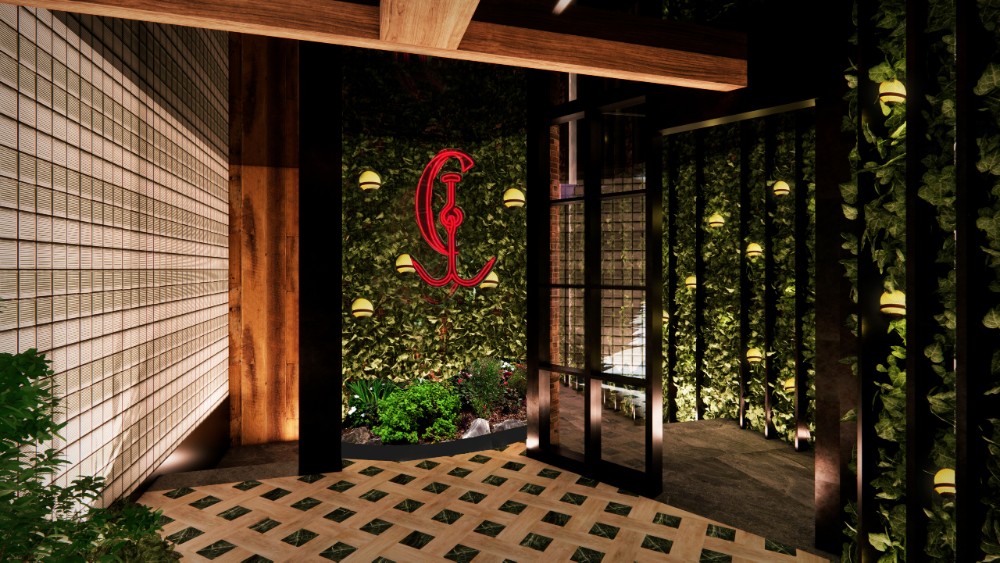 The seafood-focused Catch LA, for example, opened on a prime perch above Melrose Avenue in 2016. “The space dictated us to do it,” Birnbaum says. “If that rooftop where Catch LA is now wasn’t available, I don’t know that we would have ever come here.”

Catch Steak’s West Hollywood location was born after Birnbaum got a call during the pandemic and learned that the sprawling Fig & Olive space on Melrose Place was available. He already loved the building, the two-story layout and the beautiful patio. And then he learned that there was an adjacent parking garage, which had been used as an event space, that was also available.

“I’m like, wow, imagine we rip the roof off this and make it a retractable roof like what Catch LA has, which everyone loves so much and also, frankly, was a lifesaver during Covid because it became outdoor dining up there,” Birnbaum says.

So Catch Hospitality Group jumped at the opportunity to create a high-ceilinged, Rockwell Group-designed steakhouse with 13,000 square feet of space, a street-facing patio, a garden room, an indoor tree with lights at the center of the restaurant and a long entryway that will no doubt be featured in numerous Instagram and TikTok posts.

“It’s like the yin and yang of the entryways,“ Birnbaum says. “If the Catch LA or Catch Vegas or the Catch OG brand is more whimsical and floral and colorful, this is a more, say, subdued green and natural wood entryway. It still gives you the earthy vibe, but it’s not as whimsical. I would even maybe call it more sophisticated, or the more grown version of our brand, the steakhouse.”