Citizens Bank first launched Citizens Pay through a partnership with Apple in 2015, serving as the financing partner for Apple's iPhone-upgrade program.

The bank offers customers a deal that differs slightly from many BNPL fintechs — instead of customers breaking up a purchase into a set of interest-free payments that are usually spread out over four to six weeks, Citizens Pay offers a more traditional point-of-sale financing plan, which spreads the cost of a purchase out over time through monthly payments.

"We are not a financing or payment provider. We are a marketing extension for our partners," Gaurav Sethi, the chief strategy-and-product officer for the division, told Insider.

Citizens' focus on the retailer rather than the shopper might be the distinction that helps Citizens grow, while fintechs focused on attracting buy-now-pay-later customers are faltering. 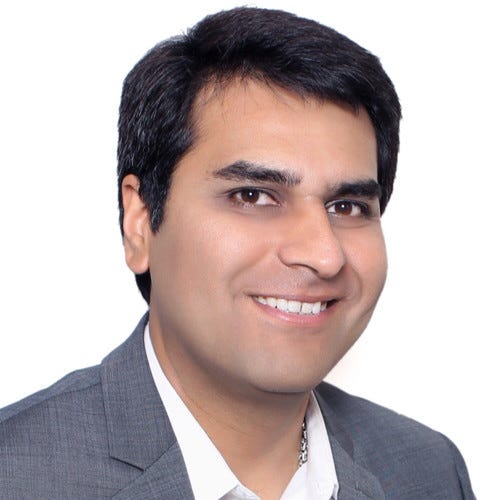 Gaurav Sethi is the chief strategy-and-product officer for Citizens Pay.

"It's not just a way to pay," Sethi, who previously worked on lending products at JPMorgan Chase before joining Citizens in 2019, said. "We enable upgrades every year, which helps Apple reduce the upgrade cycle, instead of every two years that the typical wireless providers offer up now."

Citizens touts its financing as a marketing tool and a key difference from both BNPL fintechs and other banks. Many buy-now-pay-later fintechs also see themselves as marketing partners first and foremost, though their primary focus is typically building relationships with consumers, not retailers.

Citizens also sees its status as a bank as an advantage, especially as some fintechs feel the squeeze as interest rates rise and underwriting standards tighten, making it difficult for them to invest in developing other products like savings accounts and debit cards that can help boost revenue.

Some analysts think that in order to survive, buy-now-pay-later firms will have to become more like the old guard of competitors they're seeking to challenge. Lisa Ellis, a partner and senior equity analyst at MoffettNathanson, a research institute, told Insider that while BNPL is an attractive feature, it can't sustain a fintech as its sole offering.

"All neobanks that are successful, or digital banks, have had a hook," Ellis said. BNPL "is just a new one of those kinds of killer features that are compelling enough that it gets people to sign up for it in the first place, but then that in and of itself isn't sufficient to sustain the level of engagement you need with consumers."

As e-commerce demand declines from its pandemic high and rising interest rates and inflation squeezes consumers, some BNPL fintechs are stumbling as questions surface about their long-term viability.

In May, Klarna announced it would lay off 10% of its approximately 7,000 employees, citing the war in Ukraine, rising inflation, volatility in the stock market, and an impending recession as key reasons for the cuts. Just a few weeks later, the Swedish fintech announced that it closed an $800 million round of new funding and a post-money valuation of $6.7 billion, a fraction of the $45.6 billion valuation the company received in June 2021.

Other fintechs are facing similar slumps in performance. Affirm's share price is down more than 70% since the beginning of the year, and the Australian BNPL-provider Zip called off a planned acquisition of rival Sezzle in early July due to "current macroeconomic and market conditions."

Over the long term, Ellis expects that successful fintechs will continue to build out their offerings to resemble other digital banks more closely.

Some fintechs have already begun rolling out broader banking offerings — Affirm's Debit+ card is in its beta stages, and the company launched high-yield savings accounts in mid-2020. Klarna holds banking licenses in several of its European markets. Afterpay execs have laid out plans for more closely integrating the BNPL provider with Cash App, a service from their parent company Block, which offers debit cards, direct deposit, and tax-preparation services. 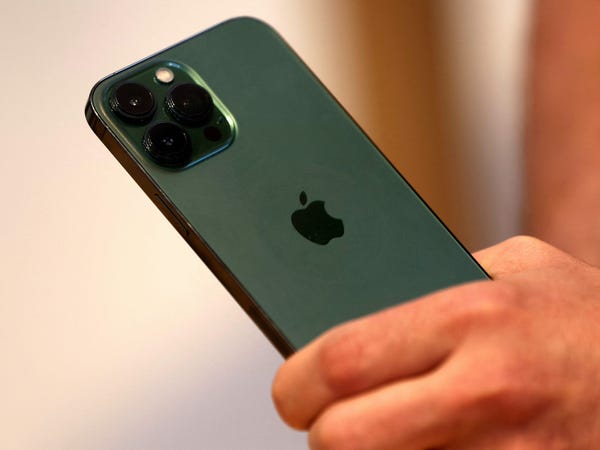 "We enable upgrades every year, which helps Apple reduce the upgrade cycle, instead of every two years that the typical wireless providers offer up now," Sethi said.

We are not bound by 'What can I sell to this customer?'

Even for items that aren't quite as pricey as a new iPhone or a Mac computer, Sethi says that financing can be a useful tool for retailers looking to sweeten their offers for shoppers.

Citizens Pay's other big-name partnership is with Microsoft, which offers the service to customers purchasing its Xbox gaming systems and other electronics.

While Microsoft's consumers aren't looking to upgrade their hardware as frequently as Apple's, its Xbox All Access product allows customers to bundle the purchase of an Xbox gaming system and two years of Xbox Game Pass Ultimate. The subscription service gives customers access to a catalog of games, and financing through Citizens Pay allows customers to spread out the cost in installments.

"If we focus all of our energy on, 'How do we be the best partner to our retailer?' then we are not bound by, 'What can I sell to this customer?' 'What is the next product?'" Sethi said. "We're really trying to optimize on what we can do for creating differentiated marketing solutions — and financing is one of them — for these retailers."

Citizens isn't the only competitor targeting merchants rather than shoppers. Bread Financial, formerly known as Alliance Data Systems, has recently expanded its traditional private-label credit offering to include white-label buy-now-pay-later offerings. Barclays, another legacy private-label and cobrand card player, announced a partnership with the fintech Amount in April 2021 that allows brands to offer white-label installment plans at their point of sale.

While Apple and Microsoft remain Citizens' biggest partners, the bank has expanded its roster of partnerships beyond electronics to include fitness equipment, healthcare, furniture, and home-improvement companies. The bank says the average ticket size for a Citizens Pay loan is around $1,500. By comparison, the average Affirm order value was $347 in May 2022, according to an investor presentation.

Sethi said Citizens' ability to offer an omnichannel solution is something merchants say is a must-have, especially as shoppers return to stores and e-commerce volumes recede from their pandemic highs.

"What they're looking for is something that's more sophisticated than just a widget at their online checkout," Sethi said of the newer Citizens Pay partnerships. "They needed something to work within their app or within their physical store just as well as on the website."