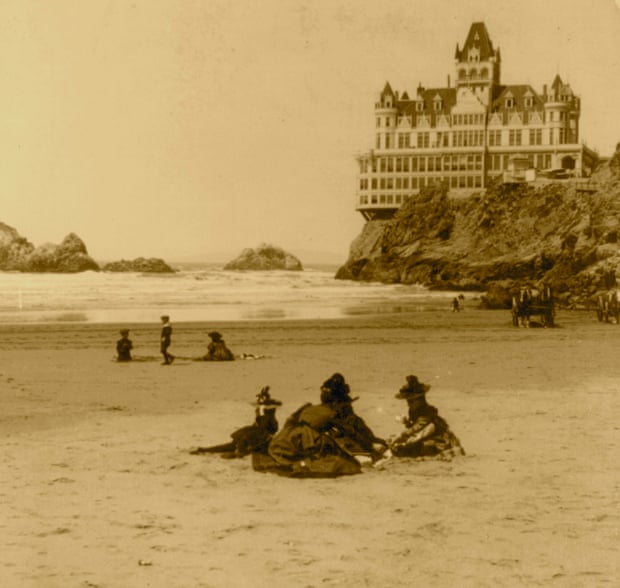 At the place where San Francisco drops into the ocean, a door is shutting on a vibrant chapter of the city’s history.

The longtime proprietors of the Cliff House, a 157-year-old iconic San Francisco restaurant with breathtaking ocean views once enjoyed by Mark Twain, announced this week that they would be forced to close by the end of the year. They cited both coronavirus restrictions and their landlord, the federal government, stalling on a long-term lease, as factors in their decision.

The Cliff House was not the first of the city’s beloved restaurants to close. In fact, it follows their neighbor, Louis’ Restaurant, the only other independent restaurant remaining on that oceanfront stretch of road, in shuttering for good during the pandemic.

But the loss of the Cliff House marks the end of an era for a place that has transformed over more than a century: from an elite resort for the wealthy, to a bustling destination for the everyman, to a semi-deserted yet magical reminder of civilization’s fleeting nature.

The Cliff House is perched on the cliffs just north of Ocean beach in San Francisco.

“When Louis’ closed, I just read story after story, memory after memory, of people who came to our restaurant and loved our restaurant and loved the area,” said Tom Hontalas, the owner of Louis’, which opened by his grandparents in 1937. “And now the Cliff House, it’s even more magnified because they were a much bigger operation. For a lot of people, especially San Franciscans, it’s going to be different.”

Today on the craggy cliffs known as Lands End, tourists and locals can get lost on trails lined with eucalyptus trees and emerge onto the ruins of Sutro Baths, a once-decadent swimming pavilion built in the late 19th century, to watch whales breach in the distance. At its height, the Cliff House was part of a bustling strip of cafes and storefronts that attracted visitors from across the country. At the bar, visitors would fight over tables with window views so they could sip on their cocktails and munch on their seafood as the sun set over the Pacific.

“There’s something about the place that draws you,” said John Martini, a local historian and former employee of the National Park Service. “Maybe it’s the classic American westering – keep moving west, keep moving west. This is as far as it goes. This is the edge.” 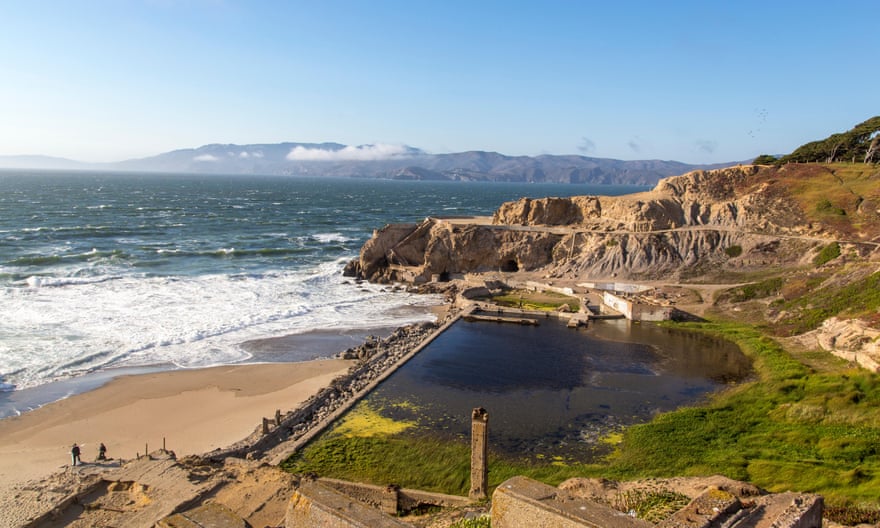 The Sutro Baths on Lands End was once a decadent swimming pavilion built in the late 19th century.

The first Cliff House – it would be rebuilt several times over its long history – was built in 1863 by real estate tycoon Charles Butler. The only way to easily access the resort, located six miles away from the developed part of the city, was by a toll road that Butler built, meaning the Cliff House began as a place only the wealthy could afford. Mark Twain visited twice, and after his second visit, wrote that the “wind was cold and benumbing. It came straight from the ocean, and I think there are icebergs out there somewhere.” 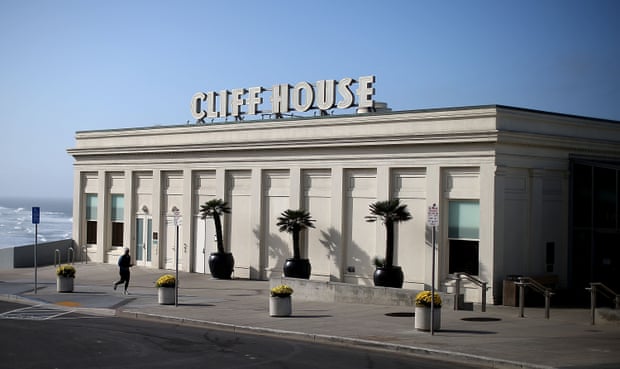 The Cliff House was first built in 1863. It would be rebuilt several times over its long history.

By the time Adolph Sutro, elected mayor of San Francisco in 1895, bought it in 1890, along with the surrounding areas, the clientele was no longer so elite. That was in part because it was more accessible. Sutro built his own steam train line to the Cliff House, and then another street car line to the Sutro Baths – the elaborate, glass-domed swimming pool – when the fare doubled on the original steam train line.

Up until his death in 1897, Sutro built up the area, which came to include concession stands, saloons and boarding houses, Martini said, evidence of which was all discovered after the National Park Service bought the land in 1977 and conducted an archeological study.

It was around this time that the most recent Cliff House proprietors – and the family of Tom Hontalas, the owner of Louis’ – entered the scene. Mary and Dan Hountalas, who ran the Cliff House for more than 47 years, are the last of a generation of Greek immigrant families that were part of that cliffside in its heyday, when so many storefronts and cafes crammed the strip that San Franciscans could no longer see the ocean. 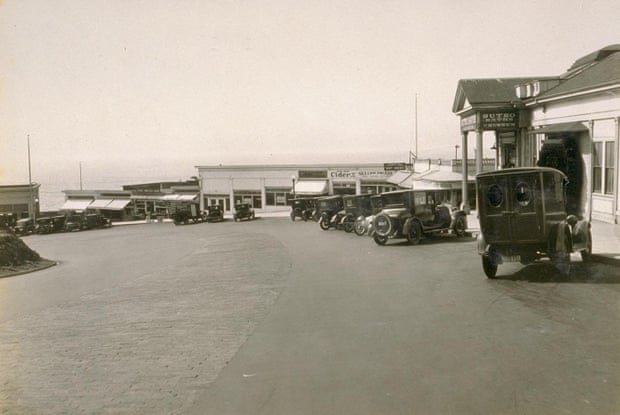 A view of Cliff House road from Bancroft library at UC Berkeley in 1925.

Dan Hountalas is a distant cousin of Hontalas. Hontalas’ grandfather, Louis, immigrated from Greece in 1906 at 11 years old. His older brother, who arrived before he did, opened a restaurant called the Cliff Cafe. Louis started working for his brother and then, in 1937, opened Louis’.

“Both our families had been on that hill for over 100 years,” Hontalas said. “It was all little cafes. For some reason, the little cafes were all run by Greek immigrants. I don’t know what led them to that hill, but I always thought it wasn’t a coincidence.”

The cliff essentially became San Francisco’s boardwalk, Martini said. In his research, he found shorthand for “going to the cliff”, which he originally thought was reference to “going to the Cliff House” – in fact, it just meant going to the beach.

Top: A view of the Cliff House in 1980. Bottom: Louis' Restaurant at Lands End.

Top: A view of the Cliff House in 1980. Bottom: Louis’ Restaurant at Lands End.

The area started to decline after the second world war. As Mark Twain pointed out, it’s cold out there – and with cars more readily available and roads better after the war, San Franciscans found other beaches to go to instead of the cliff.

And then, in 1966, a fire destroyed the Sutro Baths. Hontalas was eight, and remembers his aunt bringing him and his three siblings to watch the flames from above. In the end, all that was left was Louis’ and the Cliff House.

The ruins of the Sutro Baths remained, giving this place of magnificent beauty a haunting, ephemeral quality. It was a reminder that nothing lasts, here at the edge of the world. People loved it. After the National Park Service purchased the land, they would hold public meetings about what to do with the space. More often than not, people called for leaving the ruins as is, Martini said.

And at the end of most visits to the ruins or to the Lands End trail was a stop at the Cliff House, to warm wind-chapped cheeks over a hot toddy and chowder, or to Louis’, to refresh with a burger and a shake. When the National Park Service talked about closing Louis’ in 1992, Hontalas launched a postcard campaign and discovered that two-thirds of their clientele were local. “When you think of a national park, you think of Yosemite, you think of somewhere you drive to,” he said. “But this is in a city. That makes it really special. People actually live here and visit it every single day, just like we did when we went to work.” 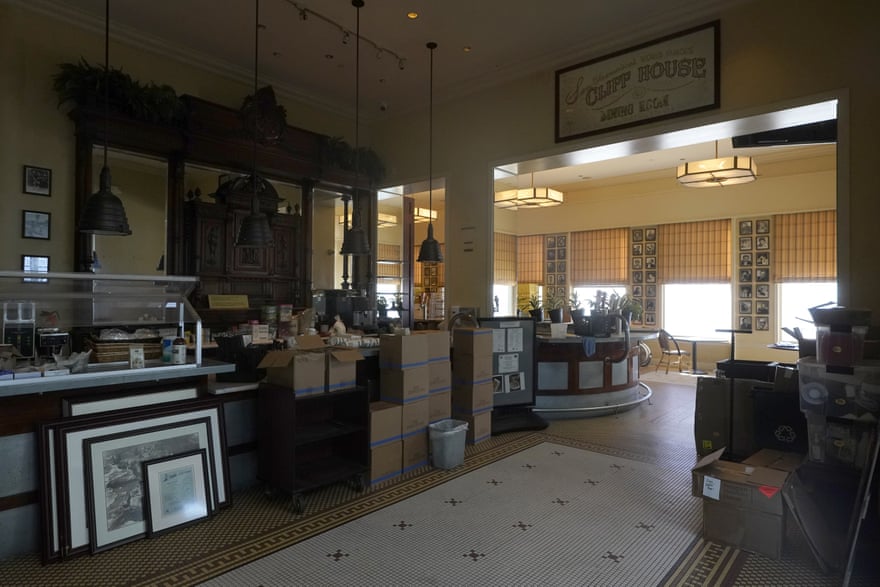 After serving tourists and locals for more than a century, the iconic Cliff House restaurant is prepared for closure.

As with every restaurant closure, there’s sadness and there’s anger.

But Hontalas says he can walk away now knowing that for three generations of his family’s history, he was part of what made this small corner of San Francisco special.

“From the early 1900s, those Greek immigrants – that is something that will never be there again,” Hontalas said. “And I got to be there for most of my life. That was nice. I got to hear a lot of nice things about the job that we did. And that makes me feel good. The rest is just going to be a memory.”