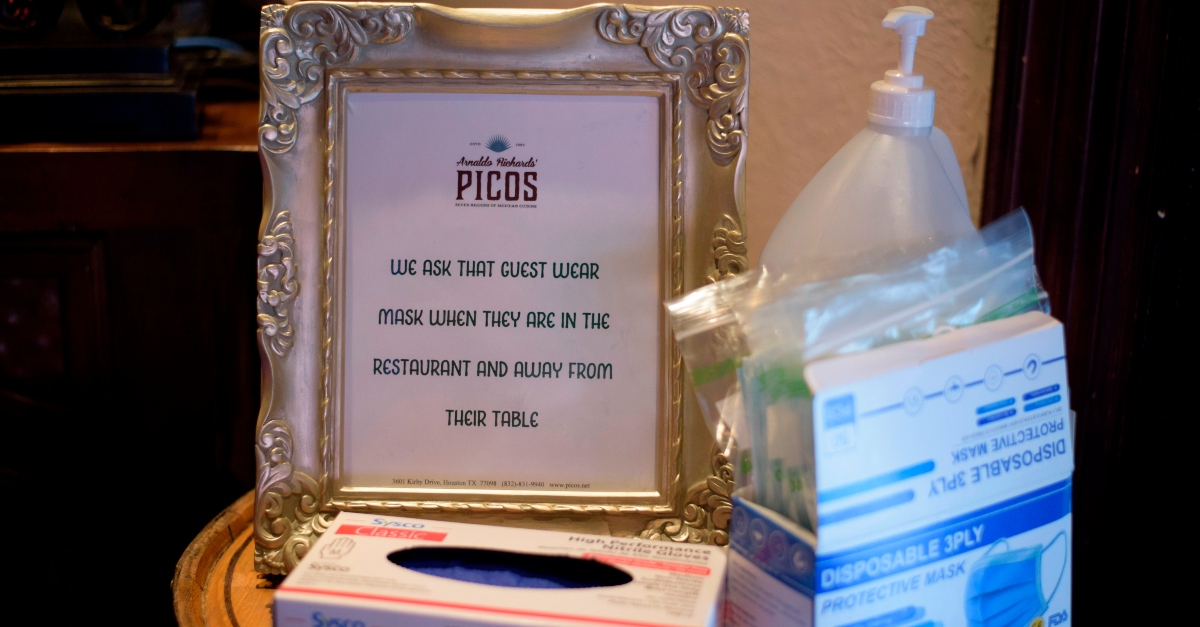 A co-owner of Mexican restaurant Picos in Houston, Texas says that people threatened to call Immigration and Customs Enforcement because the business maintained their mask rule after Gov. Greg Abbott (R) recently pulled back the statewide mask mandate.

“Being Hispanic, and going through that immigration process, and finally receiving your papers, and then for somebody to start threatening you after you’ve been through all that, that’s crazy,” co-owner Monica Richards told The Washington Post. “It’s just heartbreaking.”

Her story was first reported by The Houston Chronicle. She said what happened was “horrific.” She said threats to call ICE came in through phone, social media DMs, and emails.

“I never imaged that they would go that far,” she said. Richards said Pico had “always been by the book.”

Abbott’s decision to rescind the mask mandate left it up to Texas restaurants to decide whether to require staffers or customers to wear masks. Critics of the governor’s decision said it was too early to do so, especially as most Texans remained unvaccinated against COVID-19.

“U.S. Immigration and Customs Enforcement (ICE) conducts investigations based on credible, verifiable leads and evidence,” ICE officials said in a statement to Law&Crime. “Baseless or false reports are quickly discovered during the initial investigation phase and disregarded. Any attempt to misuse federal law enforcement to target an individual or business in retaliation for their COVID-19 safety protocols is not only irresponsible, but a gross abuse of taxpayer funding.”

Steve O’Sullivan, co-owner of the Houston Mexican restaurant Cantina Barba, reported getting similar threats regarding the agency before Abbott dropped the mask mandate.

“This has been ongoing through COVID,” he told the Post. “We’ve had threats of calling ICE. I had one guy just stand there and berate one of my bartenders and tell her ‘you’re an absolute idiot, you don’t know what you’re doing. If you think these masks are going to save your life, you’re stupid’ blah, blah, blah. Nobody wants to deal with that stuff.”

Have a tip we should know? [email protected]