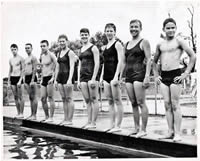 operated the club until 1928. At that time it was simply known as ‘The Country Club’.

In 1948 the Elks Club purchased the property, built a nine hole golf course, and operated it until 1970. At this time, Lakeshore Country Club was formed as a private, member-owned club. Another nine holes were created to form the existing championship 18 hole golf course.

Becoming a member of the Council Bluffs Country Club allows you the benefit of access to all Club amenities. Contact the front office at (712) 366-0525 for current membership information.

Come and see our history for yourself and become part of the Only Private Club in Council Bluffs.