Taste of Europe planned to eventually remove “Russian” from its sign to better reflect its menu. Threatening calls forced the owner to immediately make the change.

Example video title will go here for this video

ARLINGTON, Texas — Val Tsalko grew up inside Taste of Europe.

The original location was at Galleria Dallas.

It was a small gift shop, deli and bakery that sold food and products from all over Eastern Europe.

Tsalko’s grandfather opened the store after he immigrated to Dallas from Belarus.

In 2002, Taste of Europe moved to Arlington and in 2021, Tsalko took over his family business. 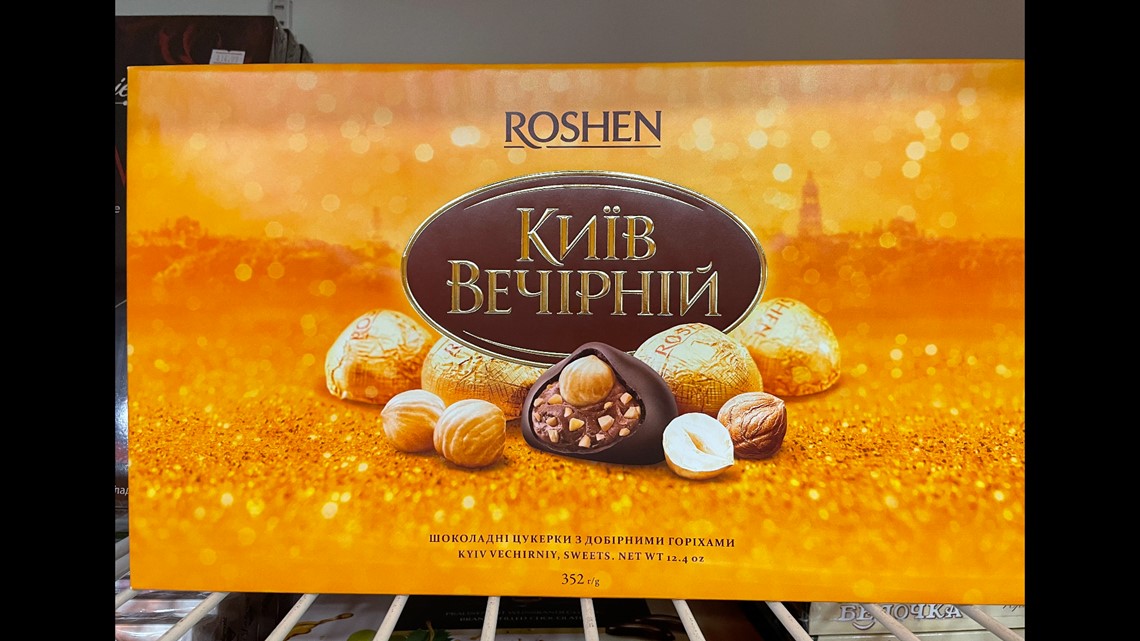 The restaurant serves food and sells goods from every eastern European country, but Tsalko’s family used “Russian” because it was a general geographic region that people easily recognized.

“I was born in Minsk, Belarus,” Tsalko said. “Not many people know where that is.”

Belarus is on Ukraine’s northern border.

Neither Tsalko nor his grandfather are Russian.

But as soon as Russia invaded Ukraine, the restaurant began receiving threatening calls and emails.

Tsalko immediately put black duct tape over the word “Russian” in his sign, hung a Ukrainian flag in his window, and put up a “Stop War” sign inside his dining room. 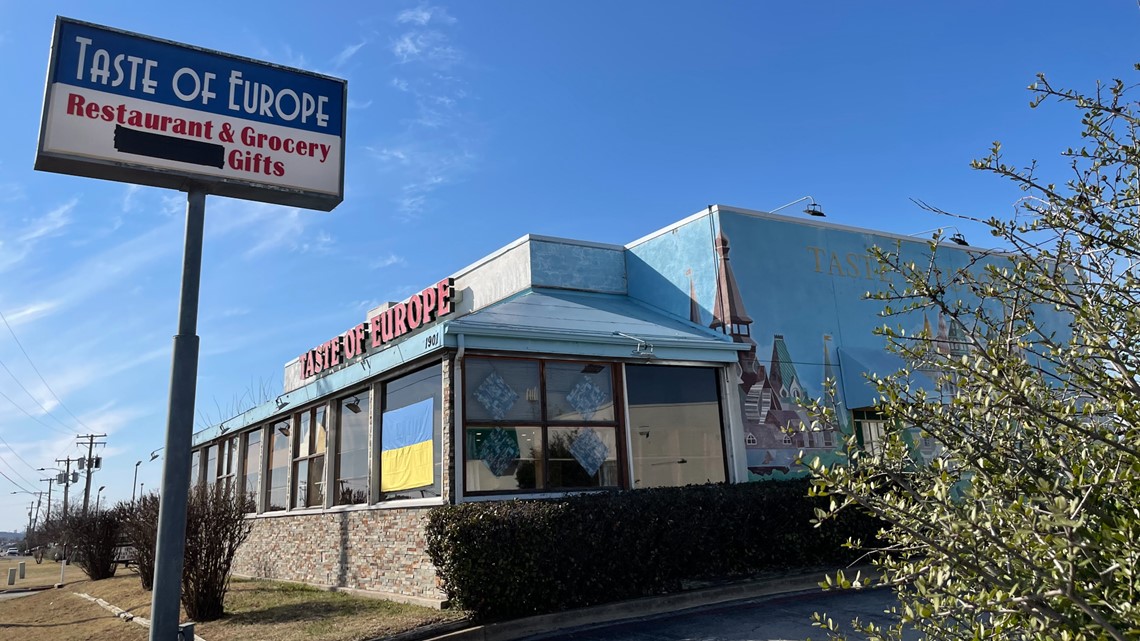 He’s tweaked his menu, too.

“We made it specific. Like, it’s a Ukrainian borscht instead of it just staying borscht and we put Hungarian in front of our goulash,” he said.

Tsalko had been planning to eventually remove the reference to Russia from his sign to better reflect their restaurant and the grocery items they sell.

But he expected the change to happen in the coming months or years.

“The plan was to remove all that anyway and start being really specific about the items, but this kind of escalated all that. So, we went real quick. The second it happened everything was out,” Tsalko said.

He said the threats are “still happening” but they’ve slowed since he made the change. 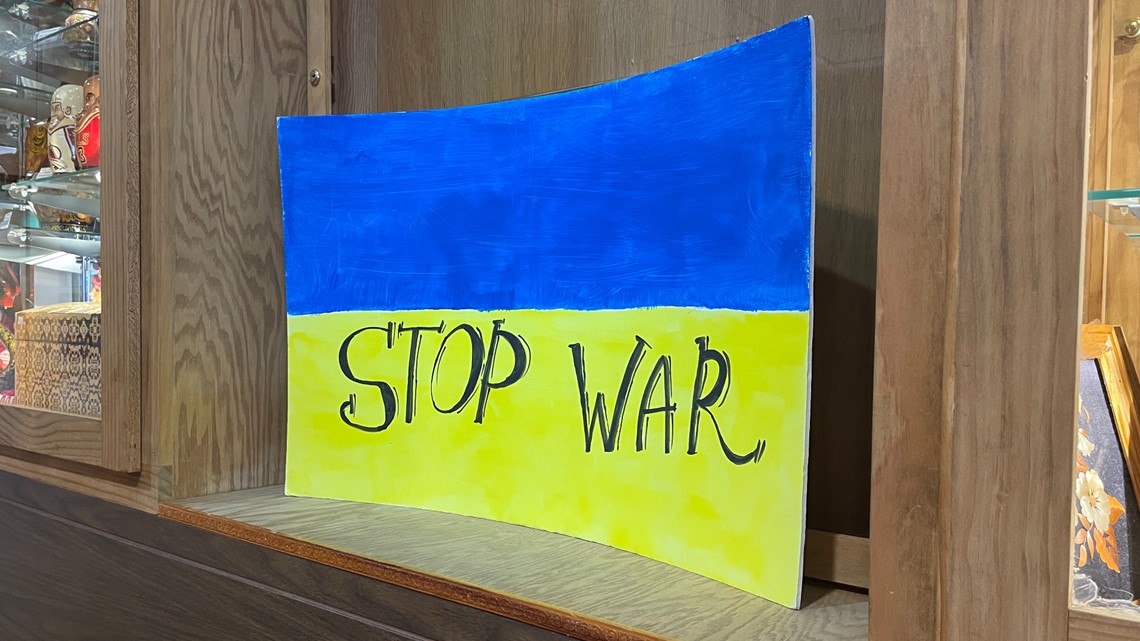 “We are on the side of Ukraine. We’re fully supporting them, and we hope the war stops really soon,” he said. “Everyone’s devastated, but we’re doing what we can here in Texas to help them out. I mean it might not be a whole lot, but we’re trying our best.”

Tsalko has a QR code at his cash register that customers can scan to link directly to a Ukrainian website taking in monetary donations to aid in the humanitarian crisis that is quickly escalating.

“War is terrible. The fact that this is happening really hurts,” Tsalko said.