Restaurants faced an identity crisis last year, uncertain about the viability of remaining static between four walls. This was especially true for the Michelin three-starred The Restaurant at Meadowood in St. Helena, Calif., which, after revamping their service and style to weather the pandemic, met a shocking and devastating fate in a wildfire.

In September, it completely burned down in Northern California’s Glass Fire, which made the famed restaurant’s future unclear. But executive chef Christopher Kostow, who also runs Napa Valley’s The Charter Oak and Shenzhen, China’s Ensue, was determined to keep it alive, brick-and-mortar location or not. Kostow—the third-youngest chef to ever receive three Michelin stars—mourned the loss and then regrouped in the spring, moving The Restaurant at Meadowood (TRAM) to The Ojai Valley Inn for a two-month residency.

Now, with a reopening of the St. Helena location planned for the winter, Kostow and his team are hitting the road for an international pop-up tour, cooking their acclaimed California cuisine in limited engagements at restaurants across North America.

Kostow said this summer and fall tour, known as The Restaurant at … Tour, seemed like a logical next step for TRAM, which still needs to perfect its next-gen techniques, revisit its culture, and “gain inspiration from these restaurants and the cities that they inhabit.” 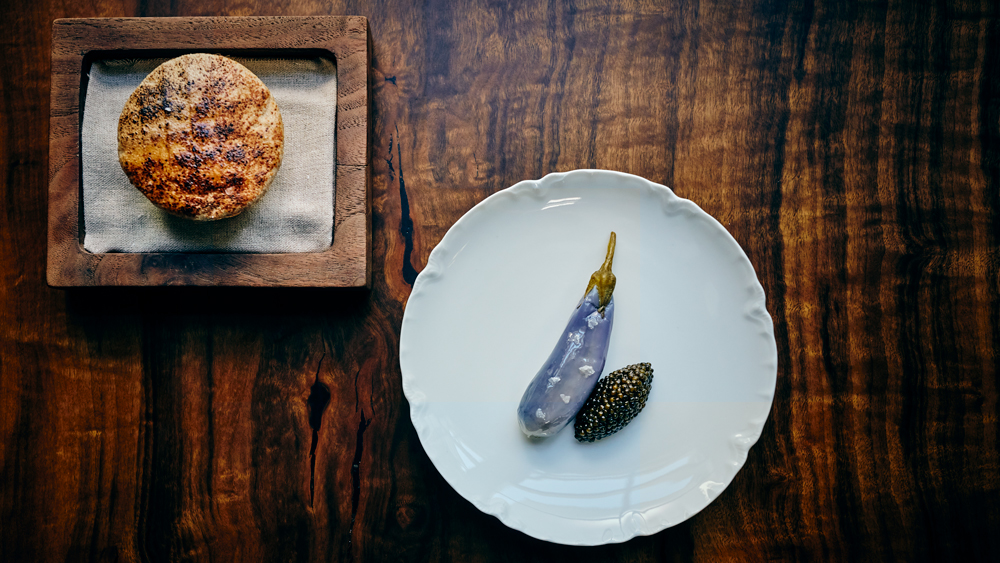 “Coming out of COVID and coming out of Ojai, there’s things that need to be accomplished in terms of execution, in terms of R&D, in terms of building up the larder,” he said. “And with anticipation of the end-of-year reopening, we had this chunk of time. The best way to use it, seemingly, was to call up our friends and go pop up, one night at a time, in their restaurants.”

He said he chose the restaurants and chefs to partner with on this tour based on their “approach and perspective,” which have long inspired him and his team.

“[These chefs] all earnest and honest and authentic in what they do,” Kostow said. “It wasn’t about picking the fanciest places or the most famous places. It was about working with people whose cooking we really, really respect.”

On Friday, July 2, Kostow and his team completed their first pop-up, at Atomix in New York with Chef Junghyun Park. It sold out instantly. The 14-seat restaurant was an ideal initial stop for Kostow, he said, because the setting was “manageable” and “controlled.”

The rest of the schedule is as follows:

More stops could be added between now and the winter, depending on how construction advances on the St. Helena’s location.

Kostow is joined on the road by chef de cuisine Jacqueline Dasha and one of his two sous chefs. While they continue to work on things in California, Kostow said, the pop-ups give the chefs a chance to workshop and showcase new TRAM dishes in real-life scenarios, which is essential. Anything presented on the road may appear in one form or another at TRAM in the future.

“When we do events like this, we’re not trying to recreate TRAM,” he said, although they will travel with some produce grown on their 3.5-acre, on-site organic farm. “At each dinner, we’ll probably have two to three completely new things. But they may not see that dish again until that season the following year, just by the nature of how we cook.” 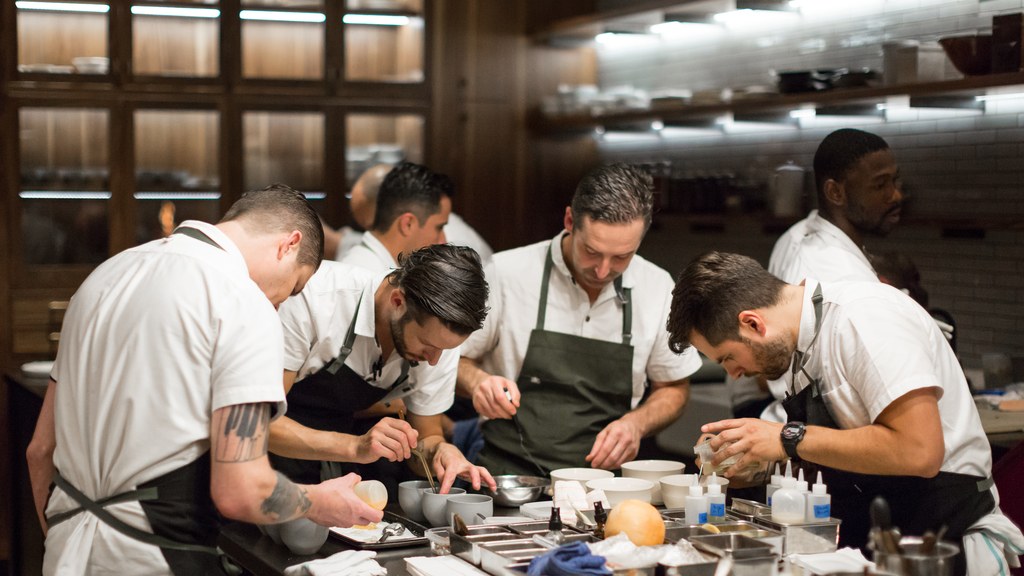 When TRAM reopens this winter—first in a temporary location and then in a permanent one on the property once construction is complete—Kostow said it is going to be vastly different than it was when it closed.

“It’s still going to fall in the same world of high-end, vegetable-forward sort of restaurant, but for us, there’s a lot of things that we’re looking to change,” he said. “We’re revisiting everything from R&D processes to how we want to function and operate culturally, in terms of communication and teaching, which is something we’re always analyzing.”

The new venue will also allow for different presentation options. He said the pace and cadence of the meal are going to be new, experimental.

“We never did any over-the-top, crazy tableside stuff, but we always did cool, engaging stuff, and that will very much continue,” he said. “We want to create a really dynamic experience, something that’s really high energy and really fun and hopefully executed at a really high level.”

Updates on “The Restaurant at… Tour” and information on how to get tickets are available here.