Double-Doubles coming to Florida? 10 things to know about In-N-Out Burger 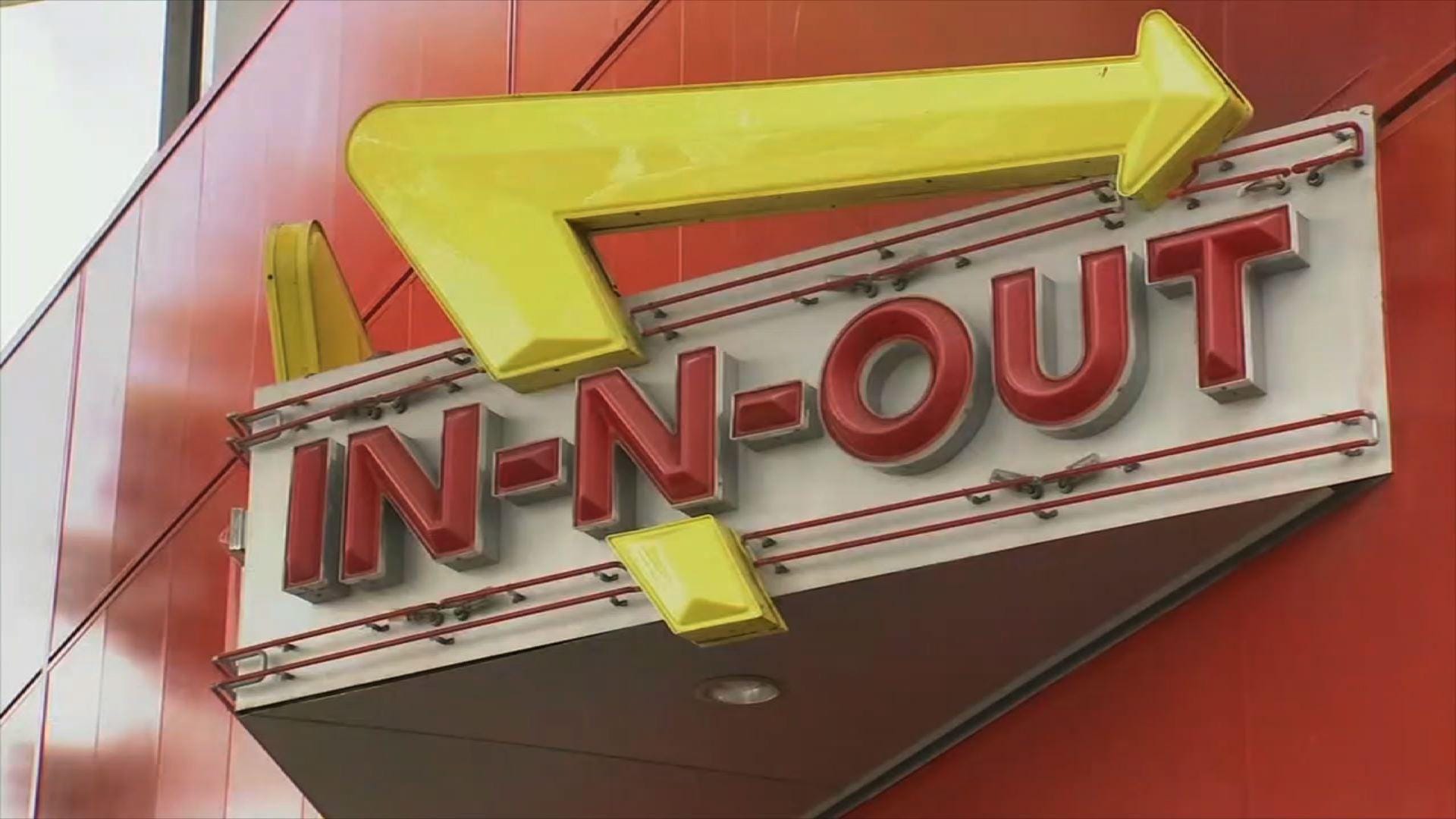 San Francisco temporarily shut down an In-N-Out hamburger restraurant's indoor dining, because it didn't comply with a rule to check the COVID-19 vaccination status of customers. In-N-Out called the rule "intrusive and offensive." (Oct. 20)

With the news that the state's chief financial officer is trying to entice In-N-Out Burger to leave California for Florida, let's take a look at what Floridians should know about one of California’s most iconic restaurant chains.

In-N Out Burgers in Florida? CFO trying to entice them from California

Is it called In-N-Out Burger or In and Out Burgers?

First off, let's get the name straight. The company with the little menu and the big yellow arrow is In-N-Out Burger, with an "N," singular.

How old is In-N-Out Burger?

In-N-Out Burger has a long American history. It was founded in 1948 by newlyweds Harry and Esther Snyder in Baldwin Park, California.

And they have their own historical milestone: they were the first drive-thru burger place. The Snyders opened their restaurant with a new innovation: a two-way radio speaker that allowed people to drive up, order. and get their food without ever leaving the car.

The original place has been demolished, but an exact replica was created in 2014 with all the same 1940s equipment.

In-N-Out Burger has remained a family-owned business since it began. After Harry Snyder died in 1976, Esther helped her sons Rich and Guy when they took over. In 2010, Harry and Esther's granddaughter Lynsi Snyder became the sole owner of the chain and, incidentally, the youngest female billionaire in the U.S. In-N-Out Burger was founded in 1948, but new blood has recently taken over. Meet Lynsi Snyder, the new head of In-N-Out.
She's a Millennial, who has been married 4 times and escaped kidnapping twice.

Why is In-N-Out Burger so popular?

In-N-Out Burger has achieved nearly cult-like status in California and the Southwest for its fresh ingredients, customer service, emphasis on family values, and a dependable menu of fewer than 15 items: burgers, cheeseburgers, fries, soda, milkshakes and the signature two-patty Double-Double.

In-N-Out Burger has steadfastly refused to follow the trends other companies have chased. They do not offer breakfast or a chicken sandwich, and there are no seasonal changes. The few changes that come are decades apart.

Once in a generation, something new might officially be added to the menu. In 1958 they changed from bottled drinks to fountain. Animal Style burgers came in 1961.  Milkshakes came along in 1975, Dr. Pepper in 1996, and Snyder added sweet tea in some locations. And that's pretty much it. The ongoing battle of who makes the best burger is on! On the West Coast, everyone love In-N-Out Burger, so most East Coasters are dying for a taste! Turns out, that won't be happening any time soon.

In-N-Out Burger stayed close to home in Southern California for decades. They didn't even open a location outside of California for 44 years, finally bringing one to Las Vegas in 1992. The company currently has 378 burger shops in Arizona, Nevada, Utah, Texas, Oregon, and Colorado, but the owners have said repeatedly they have no plans to move farther east.

“Take Texas. Draw a line up and just stick to the left. That’s in my lifetime. I like that we’re unique. That we’re not on every corner. You put us in every state and it takes away some of its luster,” Snyder said in a 2018 interview with Forbes.

The main reason is the company's insistence on quality and fresh ingredients. The locations don't use freezers, microwaves or heat lamps, and they must be located within trucking range miles of the company-owned distribution centers in California and Texas where the ingredients and ground chuck are prepared, which somewhat limits the options.

Because some areas in California have been requiring that restaurants check customers' COVID-19 vaccination status, and In-N-Out Burger has refused to do so.

One location in Fisherman's Wharf in San Francisco, after ignoring multiple warnings to enforce the mandate from the city's Department of Public Health, closed temporarily and reopened later without indoor dining.

"We refuse to become the vaccination police for any government," Arnie Wensinger, the chain's chief legal and business officer, said in a statement.

Patronis wrote Lynsi Snyder this month, agreeing with her stance and then extolled Florida’s pro-business climate and how it loves business owners, entrepreneurs and employees. He offered to help Snyder explore relocating In-N-Out Burger to Florida.

"My motto is 'Florida is for Winners,' and I have no doubt that your team can win here in the Sunshine State where we remain free and open for business,” Patronis wrote.

Snyder has yet to respond to Patronis’ overtures.

In-N-Out Burger has regularly stuck to their guns when it comes to expressing their core beliefs. In 2018 the company came under fire for donating to Republicans, which spurred a boycott, although it was later pointed out they also had donated to a PAC supporting Democrats. In-N-Out Burger also prints Bible verses on some of their packaging, a practice started by Rich Snyder and expanded by Lynsi Snyder.

"It was my Uncle Rich who put the Bible verses on the cups and wrappers in the early ‘90s, just before he passed away," Snyder told The Christian Post. "He had just accepted the Lord and wanted to put that little touch of his faith on our brand."

Why are there crossed palm trees in front of In-N-Out Burger?

Harry liked them. One of his favorite movies was " "It’s a Mad, Mad, Mad, Mad World," which features a search for treasure under four crossed palm trees, and in tribute since 1972, "because each In-N-Out store is Harry's treasure," as the In-N-Out Burger website says, most locations have a set in front.

Does In-N-Out have a secret menu?

It's not that secret — it's on their website — but there are some off-menu items you can order.

You also can order your fries well-done.

And, the most famous:

Which ones don't? Beyoncé has been known to chow down on a cheeseburger. Kylie Jenner admitted it was one of her pregnancy cravings. And it's become a thing for stars such as Adele, Brie Larson, Miley Cyrus, Anna Kendrick and Julia Roberts to post photos of their In-N-Out celebrations after Grammys, Emmy, Oscars awards ceremonies.

C. A. Bridges is a Digital Producer for the USA TODAY Network, working with several newsrooms across Florida. Local journalists work hard to keep you informed about the things you care about, and you can support them by subscribing to your local news organization. Read more articles by Chris here and follow him on Twitter at @cabridges