Be the first to know about the latest food news. Sign up to get story alerts from Lily delivered straight to your phone.

Welcome to the weekend! I hope you’re hungry. 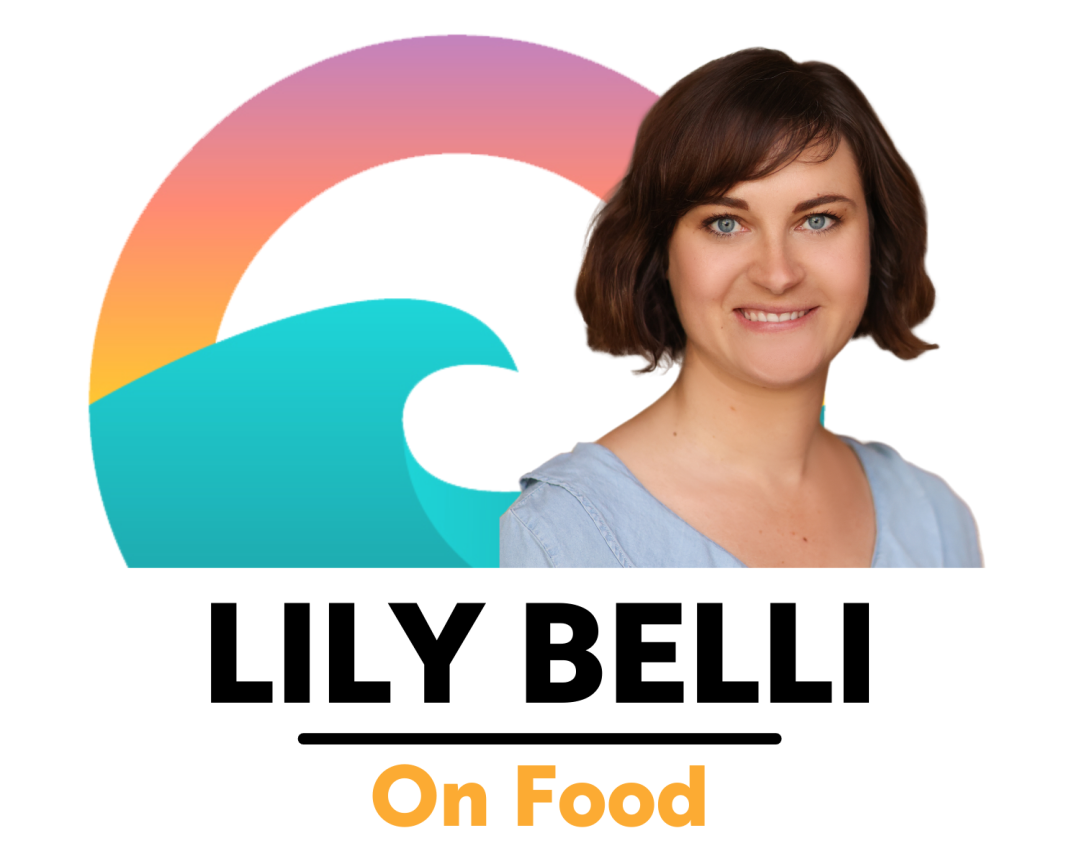 It’s my pleasure to announce yet another restaurant opening this week. Achilles by the Sea opened Sunday in Santa Cruz inside the old Taco Bell location at Soquel Avenue and Morrissey Boulevard/Avenue. I was impressed not only with its tasty, heart-shaped falafel, but also the two owners’ kindness and enthusiasm.

In beer news, Westside brewery Humble Sea keeps making headlines. Just weeks after the opening of its full-service restaurant, the Humble Sea Tavern in Felton, the brewery expanded to Capitola in the form of a unique partnership with East End Gastropub as its in-house brewer.

Read on for food news …

Hot on the heels of the opening of the Humble Sea Tavern in Felton last month, the Westside brewery continues its expansion with a partnership with the East End Gastropub. Earlier this month, Humble Sea became the official in-house brewery at the Capitola restaurant, located off of 41st Avenue. There will be eight rotating taps of fresh beer. “It’s going to be like Humble Sea East Side, but with way better food!” says Lee DeGraw, marketing manager for Humble Sea. The partnership is the first of its kind in the county.

The relationship between the two local businesses goes way back. Humble Sea co-owner Taylor West was a manager at East End’s sister restaurant, West End Tap & Kitchen, and the brewery held one of its first major events there when it was just starting out. The new partnership aims to offer an outpost for Humble Sea fans in Capitola and South County who might not want to drive over to its Swift Street outpost.

The restaurant, whose menu is a mix of upscale pub food like pork belly bao buns, pizzas and burgers as well as Prince Edward Island mussels, pork chops and pasta, also offers a local-focused wine list, but Humble Sea has “carte blanche” with the beer list, says chef Geoff Hargrave. “We’re super excited about the colab and very happy to have their beers here.” View the menu at eastendgastropub.com. 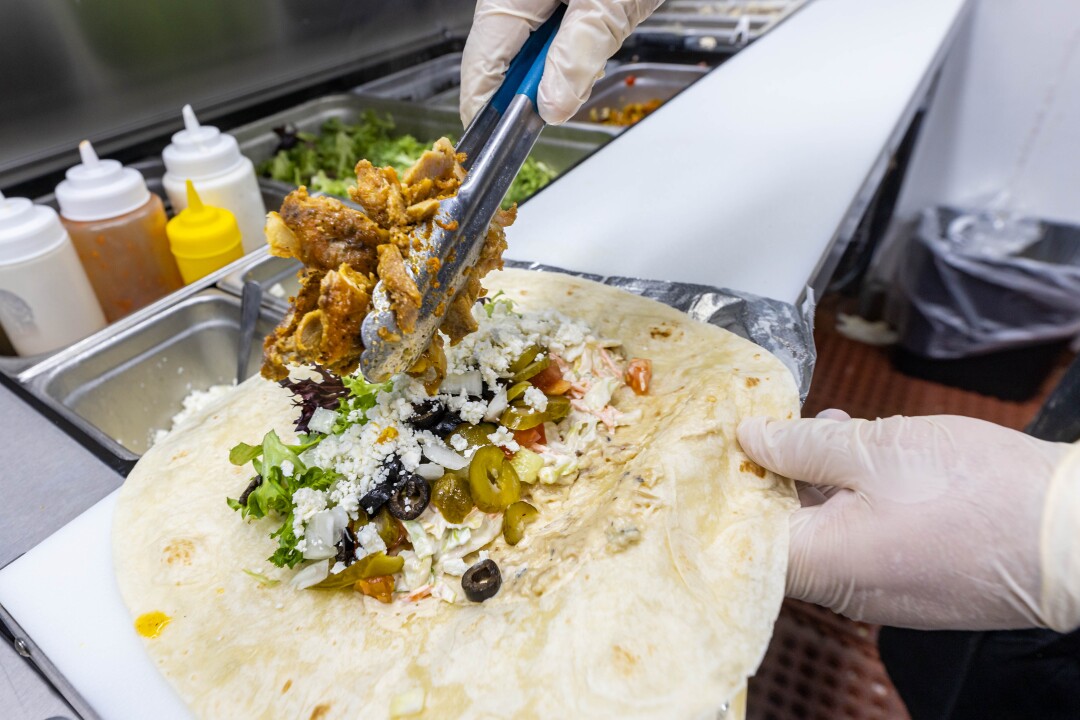 At Achilles by the Sea, guests can customize each order with protein, style and more than a dozen toppings and sauces.

Last Sunday, Achilles by the Sea, a new Mediterranean fast-casual restaurant, opened inside the old Taco Bell at Morrissey Boulevard/Avenue and Soquel Avenue in Santa Cruz. The building is almost unrecognizable, partly because of the major facelift it received. The whitewashed walls are accented with bright teal trim, crowned by a logo featuring a Trojan-like Achilles carrying a surfboard, an original design created by Mackenzie Lowry Design and hand-painted by local artist Tina Somers. The other reason is an atmosphere of excitement and conviviality that radiates through the line and out the door.

The epicenter of these good vibes are owners Elias Stanom and Diaa Altali, who goes by “D.” Stanom cooks in the open kitchen, assembling gyros, plates and wraps while spits of shawarma rotate slowly behind him. Altali mans the register, and it’s clear that one reason for the line is the warm welcome he gives each customer and the care he takes to explain the menu options. Stanom occasionally chimes in with a clarification, or rushes up to the counter to offer a plate of heart-shaped falafel samples to the hungry patrons.

This is the second restaurant for the business partners, both of whom are originally from Syria. While Altali has lived in America for a number of years, they met when Stanom immigrated to San Jose in 2014, and opened the original Achilles in Santa Clara in 2018. Both strongly believe that ensuring each customer feels like family is central to the success of their business. The recipe works — in 2019, the Achilles restaurant in Santa Clara was awarded the No. 9 spot in Yelp’s list of Top 100 Places to Eat in the U.S. due to the quantity of five-star reviews left on its site. Stanom and Altali give credit to their employees, many of whom have been with them since the restaurant opened. “If you get good food and people treat you right, like family, you’re going to come back,” says Stanom.

Four years ago Stanom started surfing, and began coming to Santa Cruz three or four days a week. During these trips, he and Altali fell in love with the area and the people. They even decided to close their restaurant on Mondays so they could spend more time on this side of the hill. Says Stanom, “I feel I belong here. I feel like even if I’m not doing anything, just being near the ocean and the water, I love it.” 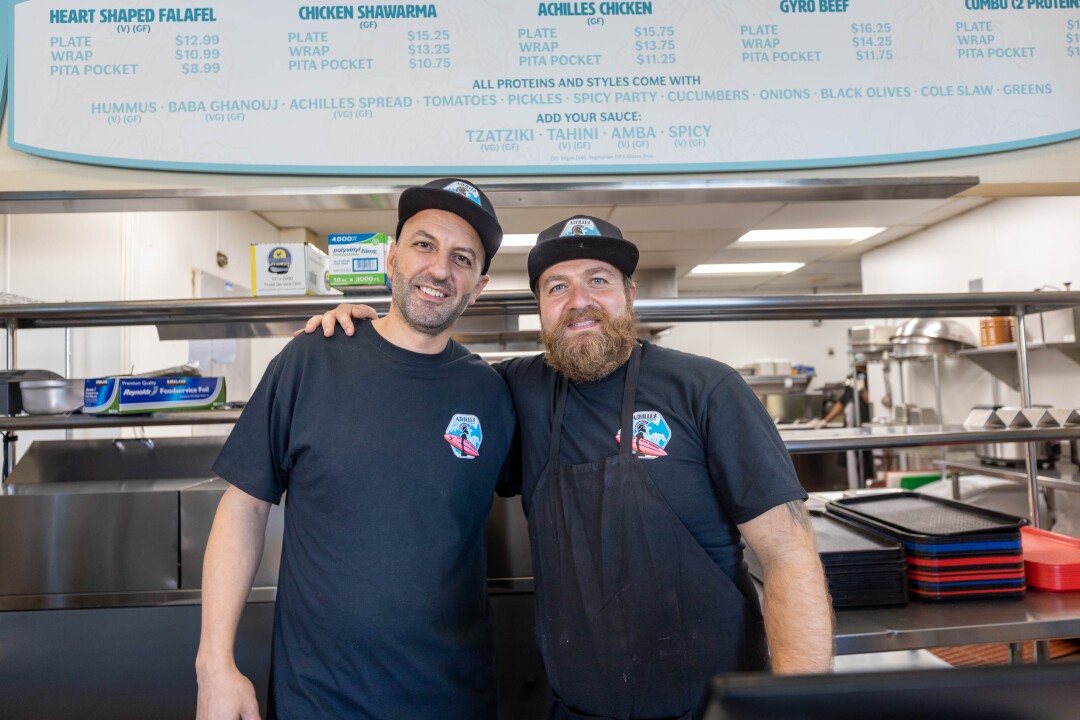 That love finds its way into their food; the signature dish is their heart-shaped falafel. Stanom explains that he uses only fresh ingredients, never dried, and he molds each falafel to order before frying them to a dark brown. The heart shape was Stanom’s idea. “I think life is very simple. People complicate it, but it’s all about love.”

The menu is set up so guests can customize their order by choosing their protein as a plate with rice and salad, a gyro, or a wrap, adding toppings like hummus, baba ganoush, chilis, olives and cucumbers and finishing it with sauces, including tahini, tzatziki, spicy sauce and amba. Prices range from $8.99 to $17.75 depending on the number of proteins and the style of plate. They also have a number of side dishes, including dolma, labneh and waffle fries, and an impressive selection of brightly colored Turkish delights and baklava to tempt you on your way out.

The falafel is the best I’ve had — light and fluffy on the inside with a satisfying crunch on the outside. Eating it with the creamy tahini sauce is a must. I was excited and ordered “the works” for my plate and was given a generous mountain of 11 different toppings. I couldn’t finish it, so next time I’ll be more restrained — but I will always add the garlicky hummus and creamy baba ganoush, both of which were delicious. If you go, I suggest adding a fresh, hot pita to your order so you can swipe up every last drop. The chicken shawarma in the wrap was tender and the spice blend was flavorful. The spicy sauce we added brought the heat, and kept me coming back for more. We rounded out our meal with a side of crispy waffle fries, dolmas and a mango lassi from the beverage fridge.

Stanom and Altali are offering 15% off to first responders who come in uniform, to show appreciation for their service. “We have a soft spot for our first responders. They were on the front line during COVID, so at least we have to give back to them a little bit,” says Altali. 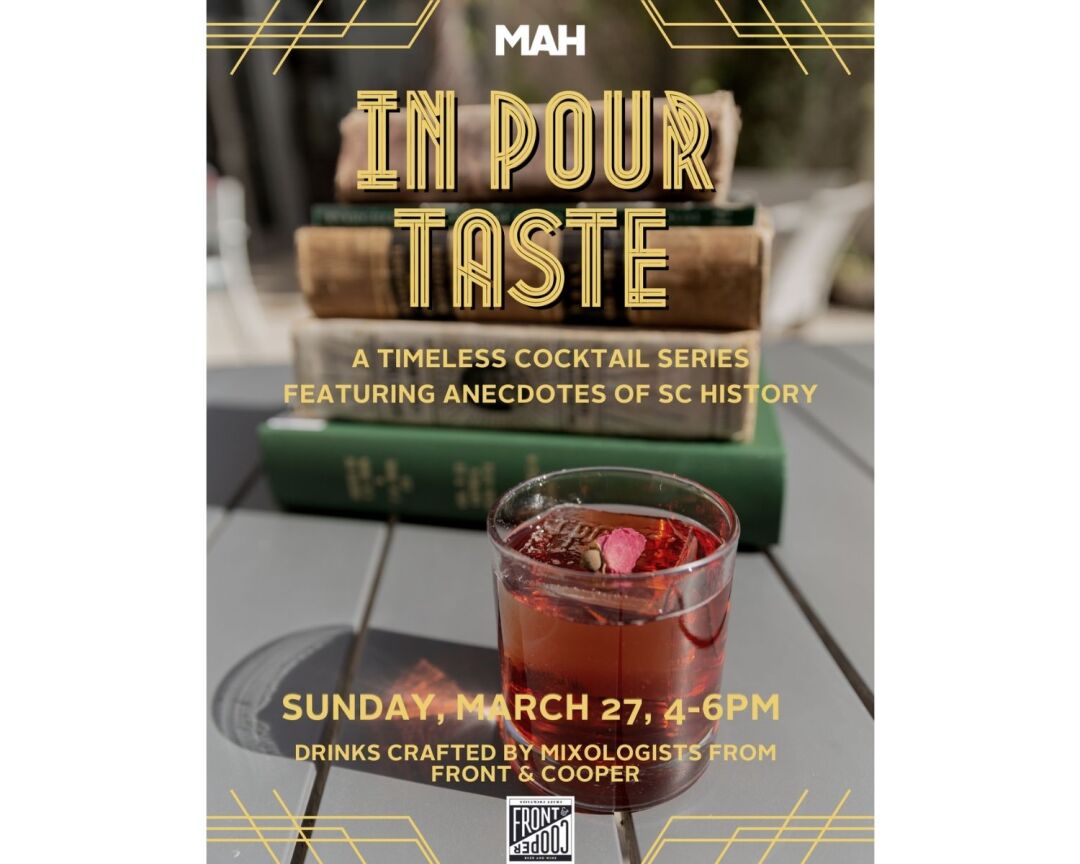 The MAH’s In Pour Taste series kicks off Sunday.

Lovers of history, take note: The MAH hosts its first In Pour Taste event this Sunday from 4 to 6 p.m. Enjoy two cocktails or mocktails inspired by historic Santa Cruz figures while guest speaker, author and historian Traci Bliss discusses the California Gold Rush, followed by a history-themed trivia game with prizes and a visit to the museum. This is a recurring event, and future historic themes include the Prohibition era, the Hawaiian princes who brought surfing to Santa Cruz, and local Venetian Water Carnivals. More info at santacruzmah.org/events. Get your tickets on Eventbrite.com.

Staff of Life market in the East Lake Village Shopping Center in Watsonville is celebrating its first birthday this Wednesday. The community is invited to come celebrate with beer and wine, bakery, deli and BBQ tasting, and beauty and wellness samples. Admission is free, although there is a $3 fee for a wine glass for alcohol tasting. All the proceeds go to the Pajaro Valley Chamber of Commerce. Register on Eventbrite.com.

Sparkling wine isn’t always fancy. In fact, it’s one of the best wines to pair with fried foods. Try it yourself on Thursday from 5 to 8 p.m. when Chubbs Chicken Sandwiches pops up at Soif Wine Bar in downtown Santa Cruz. Soif is offering a special flight of sparkling wines to pair with Chubbs’ menu. No registration necessary, just come hungry. 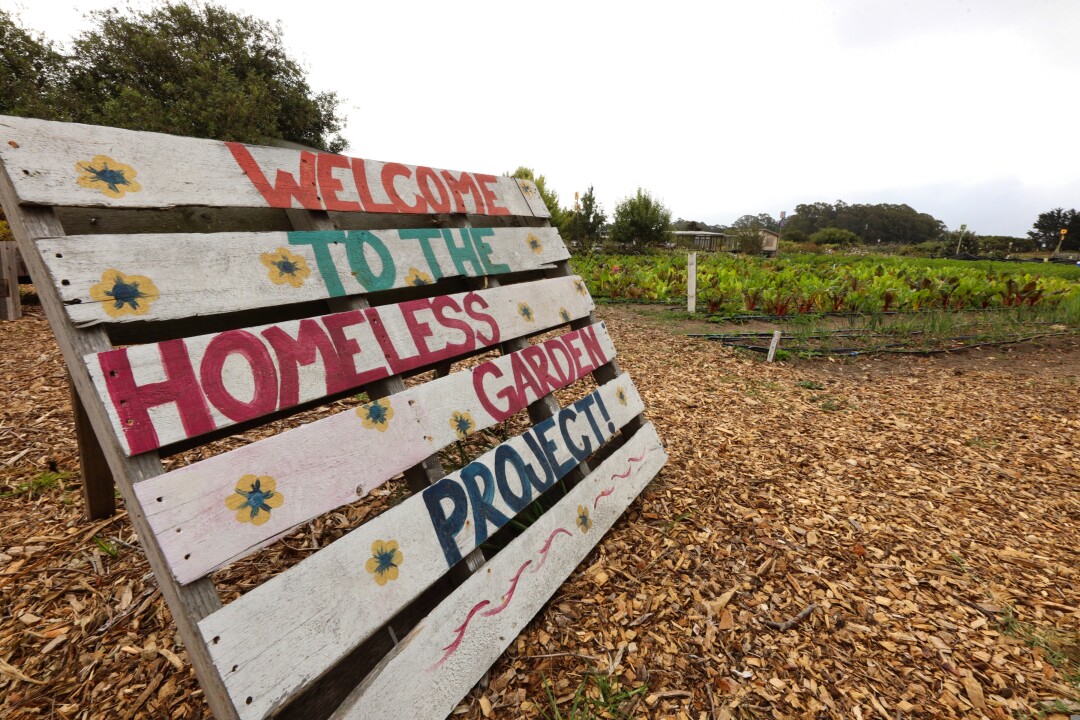 The Homeless Garden Project’s Sustain Auction Reception and Fundraiser is coming up on Saturday, April 23. The auction includes one-of-a-kind offerings and experiences, including a private lunch cooked by chef David Kinch of Mentone, Manresa and the Bywater, birdwatching with local author Jonathan Franzen, lunch with tech innovator Guy Kawasaki, as well as vacations in Ireland, Yosemite and Napa. While you bid, enjoy a reception with bites from La Posta, wine and live music by Bob Burnett at HGP’s beautiful farm on the edge of the Santa Cruz’s Westside, near Natural Bridges State Beach. Proceeds from the event benefit the nonprofit’s storied transitional employment programs. Tickets are $100 per person via Eventbrite.com.