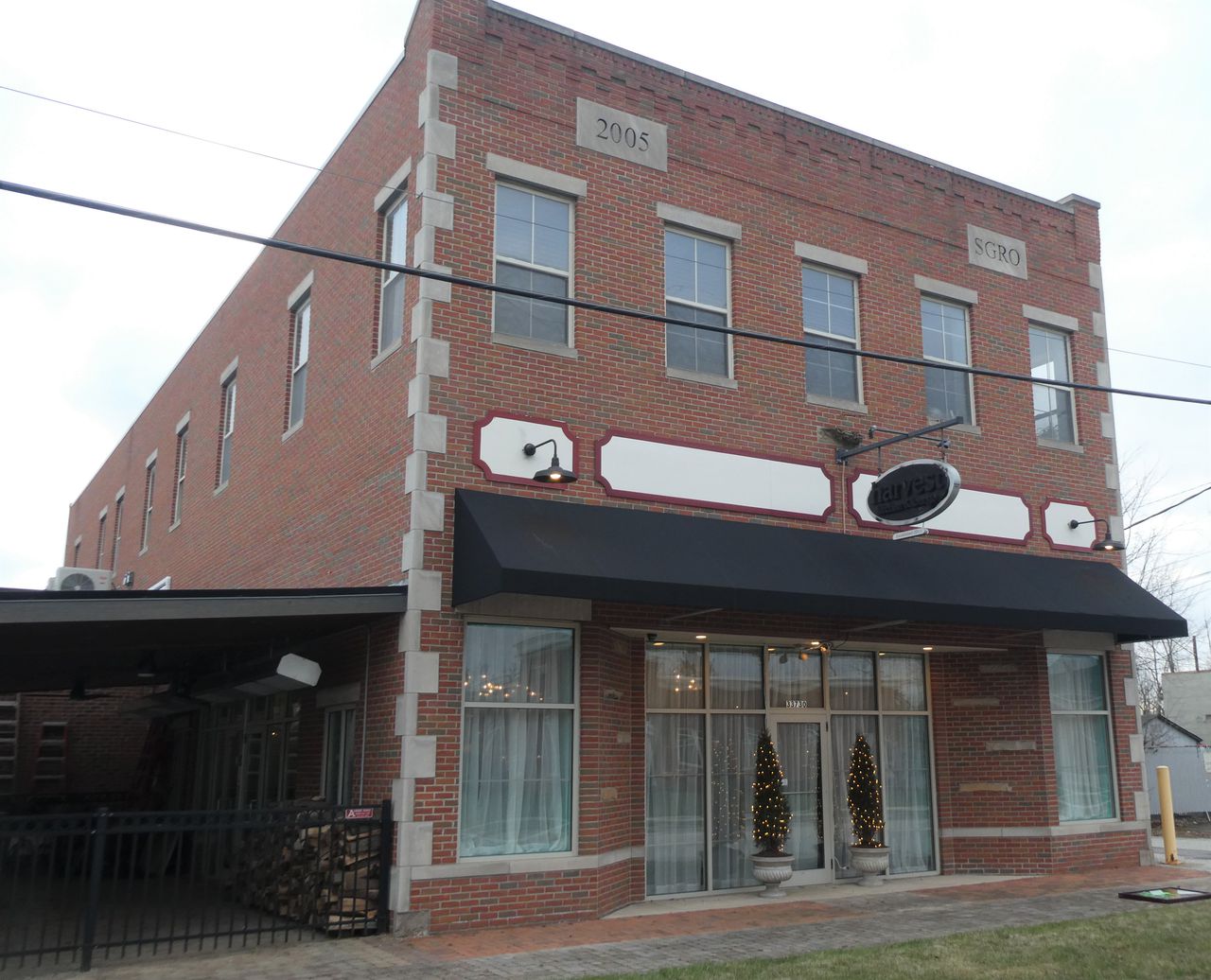 SOLON, Ohio – Izzy Schachner and Jay Leitson, co-owners of the new Elle Restaurant and Lounge, believe the upscale eatery will fill a need in the city.

“What used to be here (Harvest Kitchen and Lounge) was considered to be the only upscale place in the city,” Schachner said. “I talk to my customers at 56 Kitchen a lot, and consistently over the years, they were saying, ‘We’re missing a nice place to go,’ and that they have to leave Solon to get that type of experience.

“So we were listening, and then we started talking to the landlord and we thought about it, and we’re like, ‘You know, why not?’ So Elle became an upscale version of our 56 Kitchen with a complementary menu.”

It’s housed in the space of the former Harvest Kitchen and Lounge, which closed in 2019.

“We are trying to make Solon more of a dining destination, and we feel that Elle Restaurant and Lounge will go a long way in making that happen,” Leitson said.

Schachner and Leitson are also co-owners of the 56 Kitchen restaurants in Solon and Mayfield Heights. They’re part owners of Birdigo, a fast-food, takeout-only eatery that opened in July at 32975 Aurora Road.

Elle, Birdigo and 56 Kitchen – in the Solon Square shopping center at 33587 Aurora Road – are all within one-half mile of one another.

“We’ve decided to make this part of town our home base,” Schachner said. “We open restaurants that are more complementary to each other, rather than competing with each other.”

Elle Restaurant and Lounge is located in the space of the former Harvest Kitchen and Lounge, at 33730 Bainbridge Road in Solon. (Ed Wittenberg, special to cleveland.com)

Elle is a very different concept from 56 Kitchen – which Schachner described as a casual, sit-down restaurant featuring salads and other American-style foods – and Birdigo, which specializes in chicken and custard.

“Our chef (at Elle) is classically trained, and he’s Italian, so we’re focusing on the Northern Italian and French cuisine,” Schachner said.

Head Chef Patrick Capuozzo and his team will be making everything from scratch, Schachner said. Capuozzo was trained under Chef Michael Symon at Lolita, served as executive chef at Parallax and was also chef at the Flying Fig – all in Cleveland.

“Patrick is the most talented chef I’ve ever worked with,” said Tonya Fiala, Elle’s general manager who previously worked as manager at 56 Kitchen in Solon.

Fiala said the restaurant’s opening night was “a lot busier than anybody anticipated.”

“Our staff is prepared,” she said. “We’re very excited.”

In another nod to the restaurant’s French-Italian theme, the name Elle translates to “she” in French and is similar to “ella,” the Italian and Spanish word for “she.”

Schachner and Leitson described the vision for Elle as an homage to the strong women in their lives who taught them so much about life.

“Both Jay’s family and mine have been in the restaurant business for years,” Schachner said. “Both of us have a history of amazing women who not only raised their families, but fed communities of families from their restaurants.

“Therefore, it is very important to us that Elle symbolizes and embodies their accomplishments.”

Schachner and Leitson, who have been business partners for almost 10 years, also run a catering business called Café 56 Catering, based in Highland Hills. 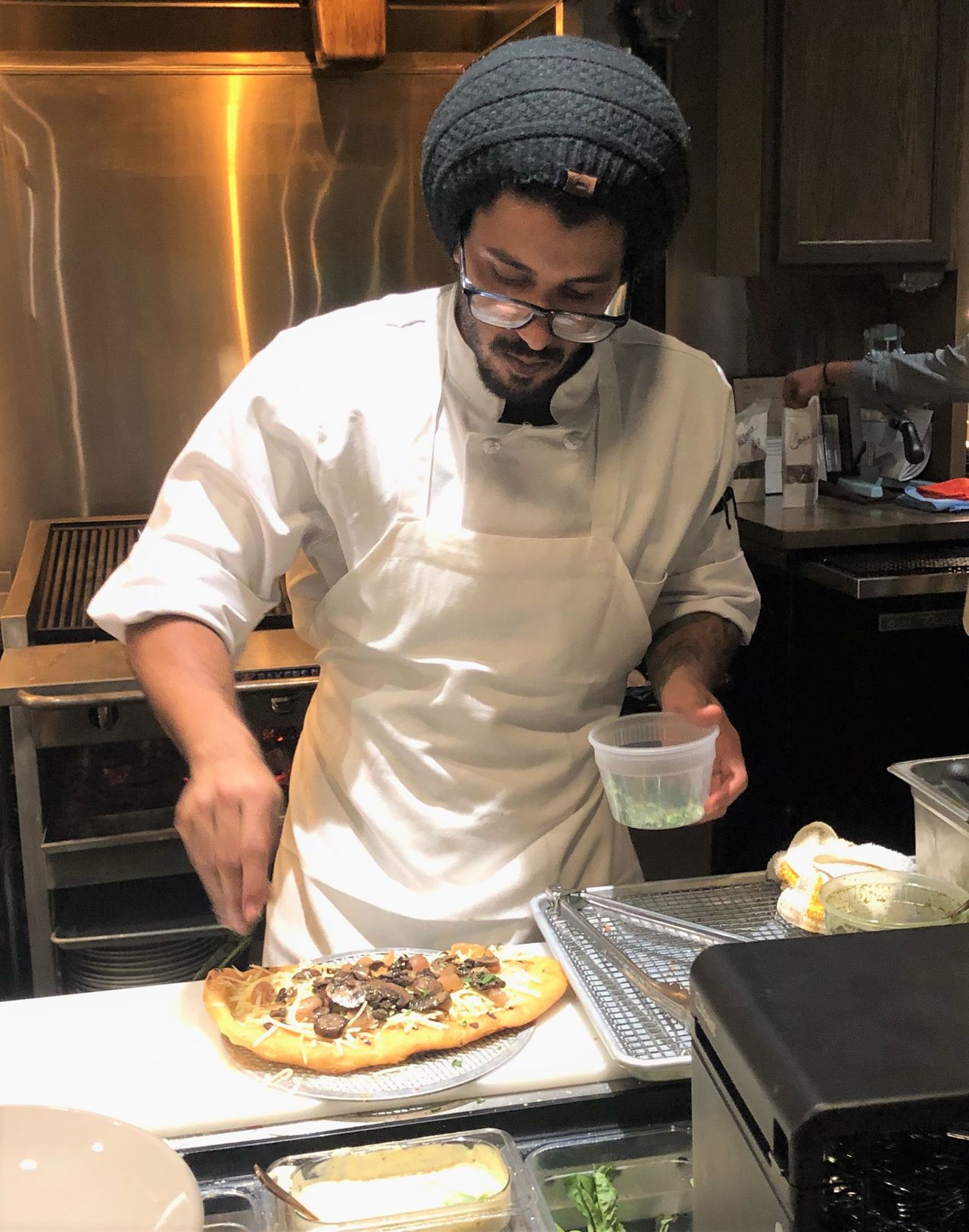 Cocktails, beer and wine are available at the bar.

The restaurant seats about 100 inside and will have a heated patio for outdoor dining that will likely seat 30 to 40 more. City Council approved a site plan for the patio in April, but it’s not finished yet, Schachner said.

Elle was expected to open this past summer, but construction was delayed by supply-chain issues related to the coronavirus pandemic, Schachner said.

“Just like everybody else, we were part of that bottleneck in the system,” he said. “It’s just been one delay after the next.

Schachner said it’s not easy to open a restaurant “in a normal time,” so doing it in the midst of a pandemic has been much more challenging.

“We felt like we’re either going to be the smartest people when this is all over or the dumbest people,” he said. “We were hoping to position ourselves for when the vaccines take hold and life kind of goes back to the way it was … that’s really what we were thinking.

“It’s because of the unbelievable support that we got from both the city of Solon and from our customers – and the loyalty and dedication of our staff at the 56 Kitchen – that we thought maybe we can duplicate that for the city and give them the thing they’ve been asking for over the last few years – an upscale restaurant.” 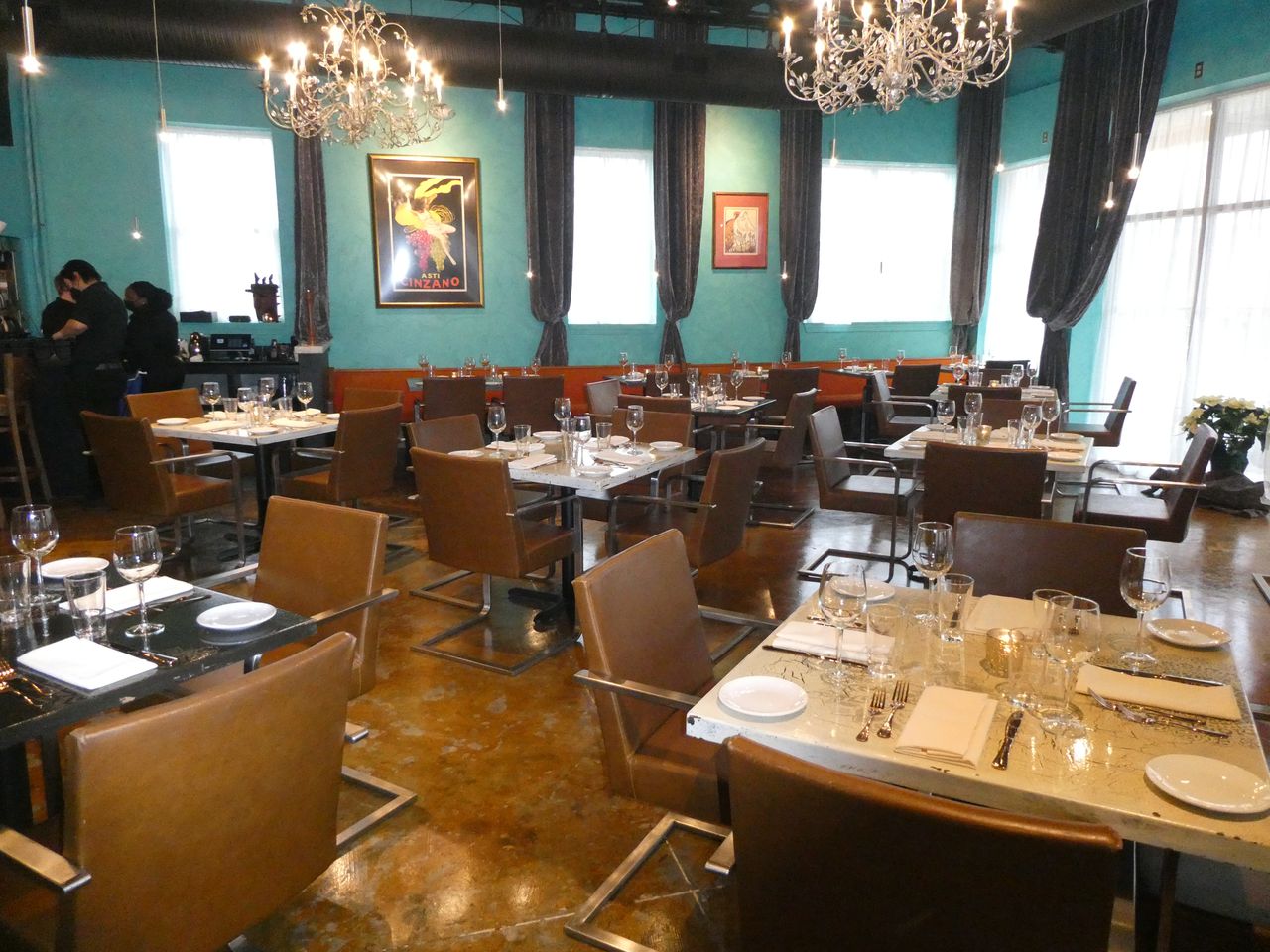 Hours for Elle are 4-9 p.m. Tuesday through Thursday and 4-11 p.m. Friday and Saturday. Fiala said it may stay open later some Fridays and Saturdays, depending on business.

Reservations are recommended and can be made either online at ellecle.com or by calling 440-656-3553.

“With everything that’s going on, I hope that customers are supportive and understanding with the situation,” Schachner said. “Something may not be available because we couldn’t get it in, and it’s not just with our restaurant. It’s in general with all restaurants and small businesses now; we’re all struggling.

“Just realize that we’re all trying to do our best. We all want to just do something good, and so if we’re not doing it, help us out. Let us know; talk to us. That’s how all of us are going to make it through this.”