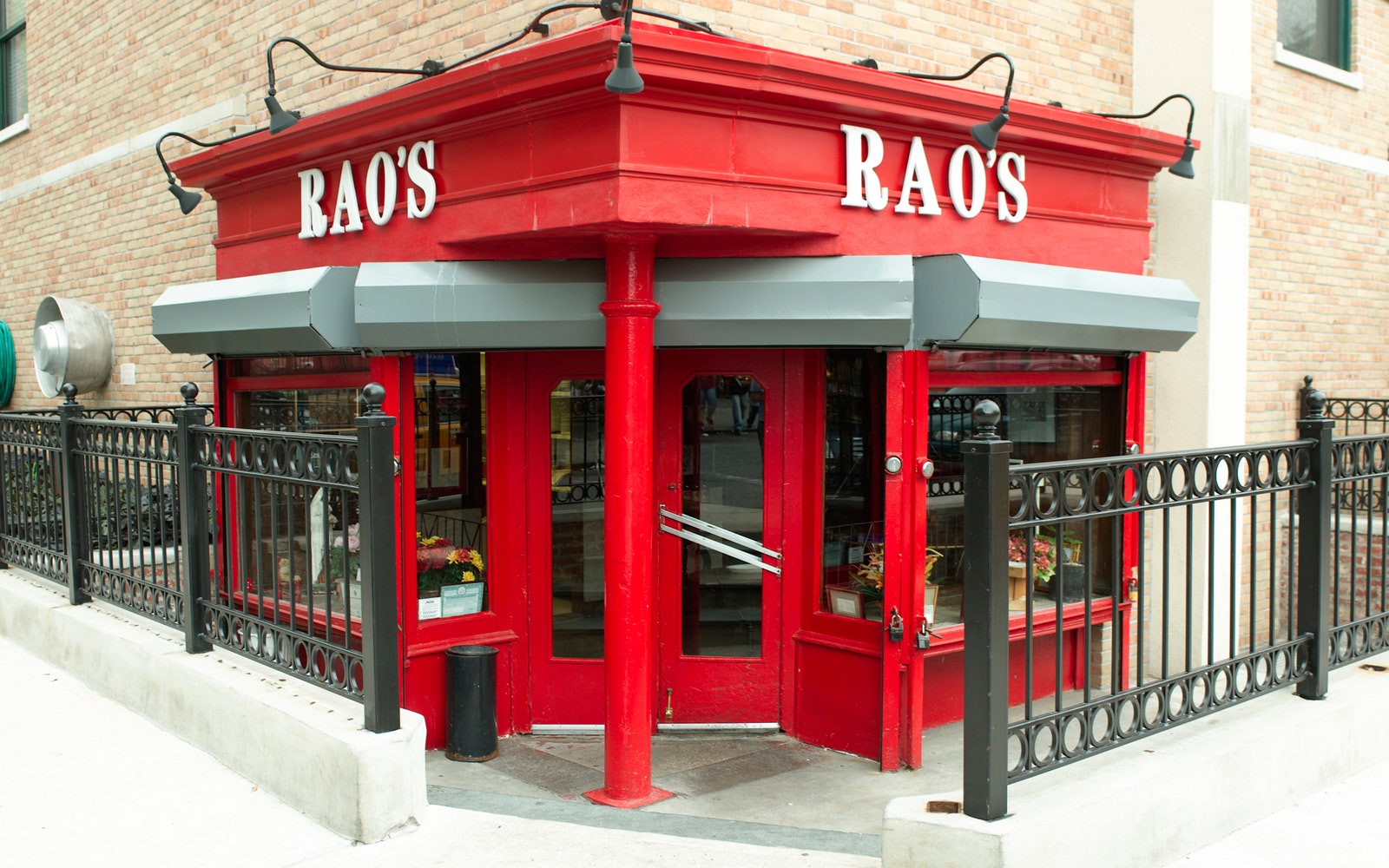 Getting a seat at Rao’s is like buying a time-share. Since 1896 the tiny Italian-American restaurant has been serving up family-style lemon chicken and seafood salad beneath strings of Christmas lights on a corner in East Harlem. But after New York Times food critic Mimi Sheraton gave it a three-star review in 1977, Rao’s enacted a notoriously strict reservation system to preserve its devout community of regulars. Now table assignments are made in weekly, monthly, or annual increments, and only a rare few get inside. Forget being somebody—you need to know somebody to get past co-owner Frank Pellegrino Jr. (His father, Frank Pellegrino Sr., was nicknamed Frankie No for his stalwart ability to turn away celebrities and regular folks alike.) After decades of gossip about what exactly goes on inside those red doors, we sat down with Frank Jr. to set the record straight.

Photo by JOHNNY MILLER/Courtesy of Rao's

Just getting a table at Rao’s is tough enough. How does someone manage to get their photo on the wall?
Regulars will bring in someone who is notable and then it’s a matter of, “Hey, send me a picture, sign it, and I’ll put it up on the wall.” People don’t bring in photos as much as they used to, but they do send me electronic photos, and I print them out. We pay homage to the people up on the wall: We very rarely take down anyone’s photo.

Let’s talk menu. Are all of the “family” recipes really from your family?
That’s one of the most beautiful things about the restaurant. Every dish is a family recipe that has been passed on from generation to generation, including the sauce that we sell in the markets. They all come from my Grandmother Paulina, Aunt Anna, and Uncle Vincent, and are recipes that were brought over from Italy. My dad and my aunt collaborated together on pretty much all the staple dishes, and now my chef Dino [Gatto] is involved. The recipes themselves evolve but their origins remain tried and true.

Speaking of the Rao’s jarred sauces, do you ever use them in the restaurant to save time?
We always make the sauce at the restaurant fresh, but I can assure you it’s the same recipe. Of course it’s scaled different, but the mechanics are all the same. That recipe came from my great-grandmother, my aunt Anna, and my dad, and it changes over time. It’s that same human touch—I’ll use the structure of the recipe but put a dash more salt or this much less oregano—and it becomes a rhythm, a routine, second nature.