The crazy way restaurants come up with calorie counts

Answers to questions posed from several restaurant groups and grocery stores about how to properly list calorie counts have been revealed by the Associated Press. Sean Dowling (@seandowlingtv) has more.

This month, we’re taking at look at five great places to go for Italian food in the Knoxville area. Heads up: That means you’ll be seeing a lot of restaurant names ending in vowels.

Note that the eateries that follow exclude businesses that focus primarily on pizza. That’s a whole other category we covered just a couple of months ago. For the best of the rest (which are presented below in no particular order), read on. And as always, I generally prefer to feature local businesses over national chains.

This was one of my earliest visits in the Grub Era, and although I haven’t been back since, it’s not because I was dissatisfied with my original visit. The combination of inventive menu, expert preparation, good service and upscale but comfy atmosphere led me to award high marks across the board. These days, the menu will start you out with the likes of fried artichoke hearts or baked clams and move on to an eclectic selection of entrees that includes Neapolitan lasagna, cannelloni and Fettuccine Alfredo prepared with your choice of five different proteins. You’ll also find separate entree categories devoted to spaghetti, veal, chicken, sausage and seafood.

I included this Market Square eatery in my first five great column back in March, which focused on downtown restaurants. I would be remiss in omitting Matt Gallaher’s latest venture from this list as well. The selections are comparatively narrower than what you’ll find in similar Italian kitchens, but the antipasti, secondi and contorni sections of the menu showcase seasonal cuisine inspired by Italy’s Emilia-Romanga region. The prices are a little steeper compared to others of its ilk, but Emilia’s farmhouse-feel ambiance and impeccable service make it a must-dine for fans of Italian cuisine.

Several Italian restaurants in Knoxville have longevity in their genes, and Cappucino’s (a member of the Copper Cellar family of eateries) is one of them, as it celebrates its 40th anniversary this year. The dining areas successfully blend quaint farmhouse features and upscale flair, setting the stage for a multicourse Italian experience. Try traditional or chicken meatballs from the antipasta selections or relish a first-course taste of wild mushroom ravioli made with heirloom tomatoes, pine nuts, garlic sherry cream, goat cheese and truffle oil. Heartier selections include a choice of chicken or veal prepared a la piccata, marsala or cappuccino.

This institution might be considered the patriarch of the local Italian-dining family thanks to its 80-year history. The Kingston Pike landmark is one of the few restaurants to have received two official visits from yours truly – one in 2003 and the other just a few weeks ago, as I deliberately started retracing some of my earliest Grub steps. Naples deserves to be on this list, too, offering a tempting array of Italian classics. Their homemade gnocchi soup is a staple, while traditional pasta dishes like spaghetti, manicotti and eggplant Parmesan complement specialty items like chicken saltimbocca, shrimp scampi and veal picatta. You should always save room for dessert at any good Italian eatery, and Naples’ dessert selections are no exceptions to that rule. 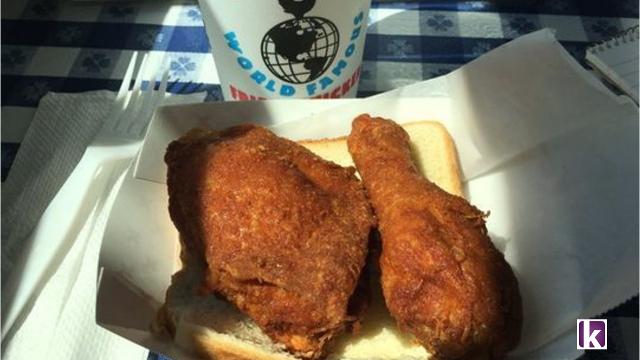 Local entrepreneurs have built a world of dining experiences along Sutherland Avenue.

This Sutherland Avenue restaurant flies under a lot of people’s radar, and that’s a shame, because with 20 years of experience under its belt, it’s considered a favorite among its constituency of loyal patrons. The fare is a little more mainstream than what you’ll find at similar restaurants, but you can’t go wrong with Mama Savelli’s Chicken Surprise entrée – tender chicken tossed with artichoke hearts and sun-dried tomatoes and served with a white wine lemon cream sauce. Their strombolis and calzones are also worth a try if you’re in the mood for something a little more on the doughy side.