Imagine going from $7,000 in sales per week in your opening year to $70,000 a week in just year two. Oh and let’s throw in a global pandemic and months-long mandatory shut down for good measure. How is it possible? Let’s just say it takes a lot of hard work, a supportive community, and a little hope.

As a well-known symbol of luck, hope and longevity in Japanese culture, cranes have come to represent resilience and optimism in the face of disaster. When chef and partner Pepe Moncayo opened his Spanish kaiseki in early February 2020, it was unlikely that he knew how aptly named his first U.S. restaurant would become. Just five weeks after opening Cranes in the heart of Washington D.C., Moncayo and his team were forced to close their doors and navigate the unknown during the start of the COVID-19 pandemic.

Thankfully, navigating the unknown is not an unfamiliar concept for Moncayo. He started his career in Spain, where he worked his way up through some of the world’s best restaurants, including landing chef de cuisine at Dos Cielos, a two-star Michelin restaurant in Barcelona. Despite his success in Spain, Moncayo’s decision to move across the world to Singapore came from asking himself a seemingly innocuous question, “What’s next?”. In 2013, Moncayo opened his first restaurant there, Bam!, uniquely combining Spanish and Japanese cuisine. This culinary blend came naturally to Moncayo, inspired from his travels across the Asian continent. “It’s not a concept that I created, to mix these two cuisines, but rather something organic that happened from my experiences,” he explains.

Open a Restaurant in America, They Said. It Will be Fun, They Said

The same question that took him to Singapore, eventually brought Moncayo to American shores, after he was approached by investors to open a Spanish kaiseki in Washington D.C. As we’ve learned through having the pleasure of meeting and working with Moncayo, a common thread in his decision-making ethos is that he is not focused primarily on personal gain. This held true for his decision to make the move to D.C., as his primary motivation was for the benefit of his family, not his potential career success. He wanted his natively Singaporean wife and three children to experience life abroad and in 2018 they made the jump. 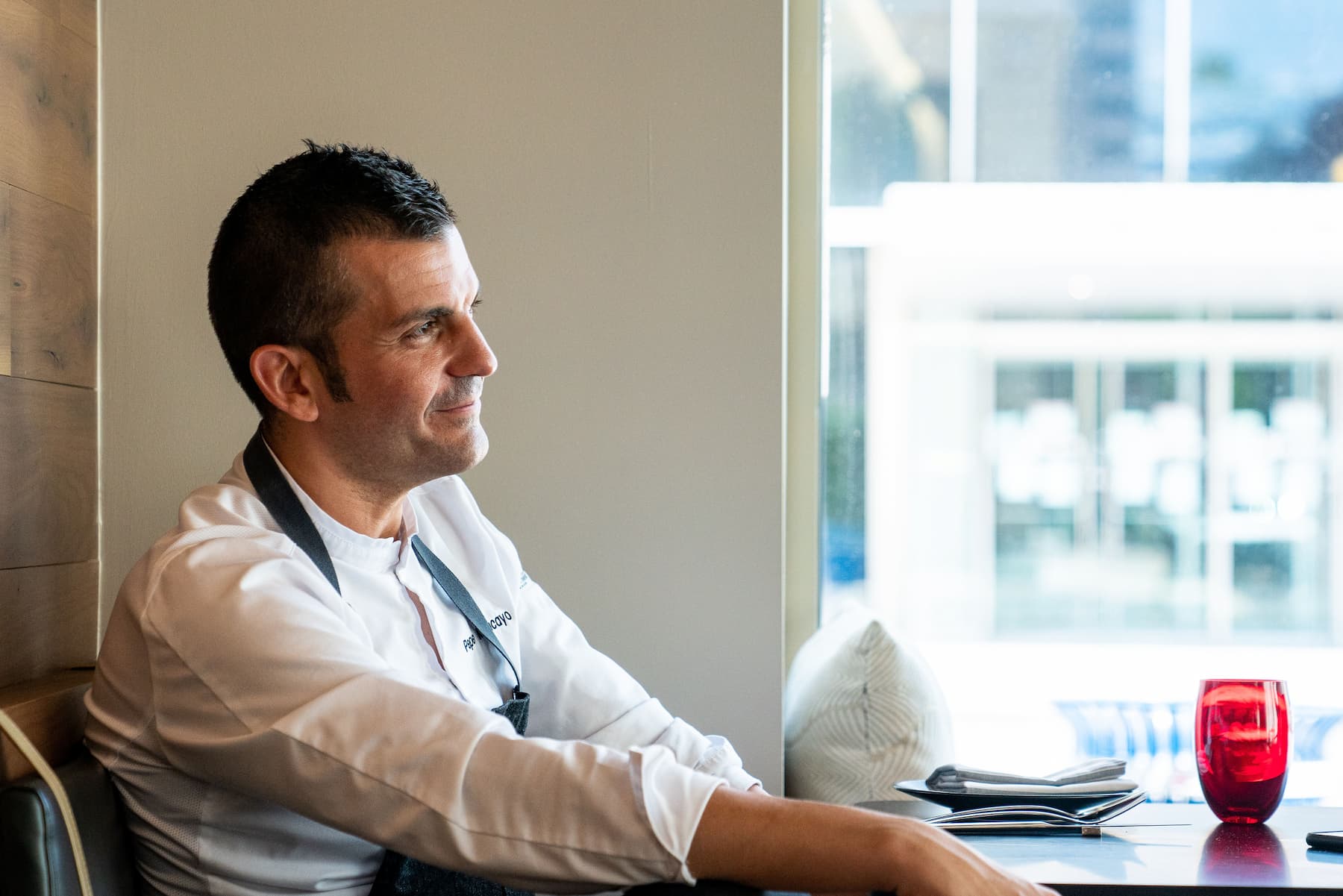 Despite his seasoned experience with opening restaurants in Singapore and Spain, opening a restaurant in the U.S. proved to have more unknowns than Moncayo expected, including 14 months’ worth of building and construction alone. (In our opinion, the wait was worth it as you can see how unbelievably beautiful the dining room and open kitchen are).

When his team was forced to close their doors five weeks after opening, they looked at their options for keeping the spark of their new venture alive. Due to their location in a touristy and not residential area, delivery wasn’t really an option, and as the pandemic droned on and labor shortages impacted the industry overall, Moncayo and his team navigated these rapidly changing challenges with humility and grit. Finally, during a lull in the fall in 2020, Pepe had time to pause and reflect on the last seven months, realizing what he had for restaurant management tools were not working. Thankfully, he remembered meeting Mark Prysler who introduced him to MarginEdge just three days before the initial shutdown and was blown away by the product's features and capabilities. “At first, I was skeptical because I was looking for tools before I opened the restaurant, and I don’t know why I didn’t bump into MarginEdge. I guess I wasn’t lucky enough to know someone who could’ve recommended it to me. I had some other tools that were ok, I guess, but nothing compared to what MarginEdge offers,” Moncayo admits.

When Life Gives You Yuzus

The silver lining of the pandemic for Cranes, if there is one (we’re optimists, I tell you!), is that with his dining room closed due to pandemic restrictions, they were able to make short order of inputting their recipes and product mapping into the MarginEdge system. This has given his entire team from the kitchen staff to his finance guy (as Moncayo lovingly calls him) total insight into the pulse of their restaurant.

For example, his team knows that Moncayo is very aggressive about meeting his goals and that they need to consult the [me] budget tracker before making purchases towards the end of the month. Their two-screen Toast Kitchen Display System also allows his kitchen team to use the [me] Recipe Modules during service, showing incoming orders and recipes side by side at each station in the kitchen. Finally, his finance guy loves being able to dive deep into the sales metrics and tweak recipes to optimize plate costs. With [me], all this is possible where it wasn’t before.

Moncayo even admits he was able to get a better price from one of his meat vendors just last month, “I have a meat supplier that I buy a lot of stuff from. He offered me something and I said, ‘Why don’t you come down on the price for this?’ He said, ‘Why Pepe, you don’t consume so much of it?’ and so I told him, ‘Wait, one second.’ I opened MarginEdge, put in the keyword for this specific piece of meat that I’m buying and showed him that I bought 90 pounds of this meat over the July period. He said, ‘Oh, 90 pounds, really? Sure!’ And I was able to get a better price.”

Written in the Stars (The Michelin Kind)

The extra time that the Cranes team had during the fall didn’t last forever and as things were picking up in February of 2021, the Michelin guide folks quickly caught wind of Cranes’ greatness and awarded the restaurant it’s first star in March. “We were building up more and more each month, by March we were already up like 40 percent from when indoor dining reopened in January. Then the Michelin star came and the light at the end of the tunnel turned into a meteor that hit me in the face.” 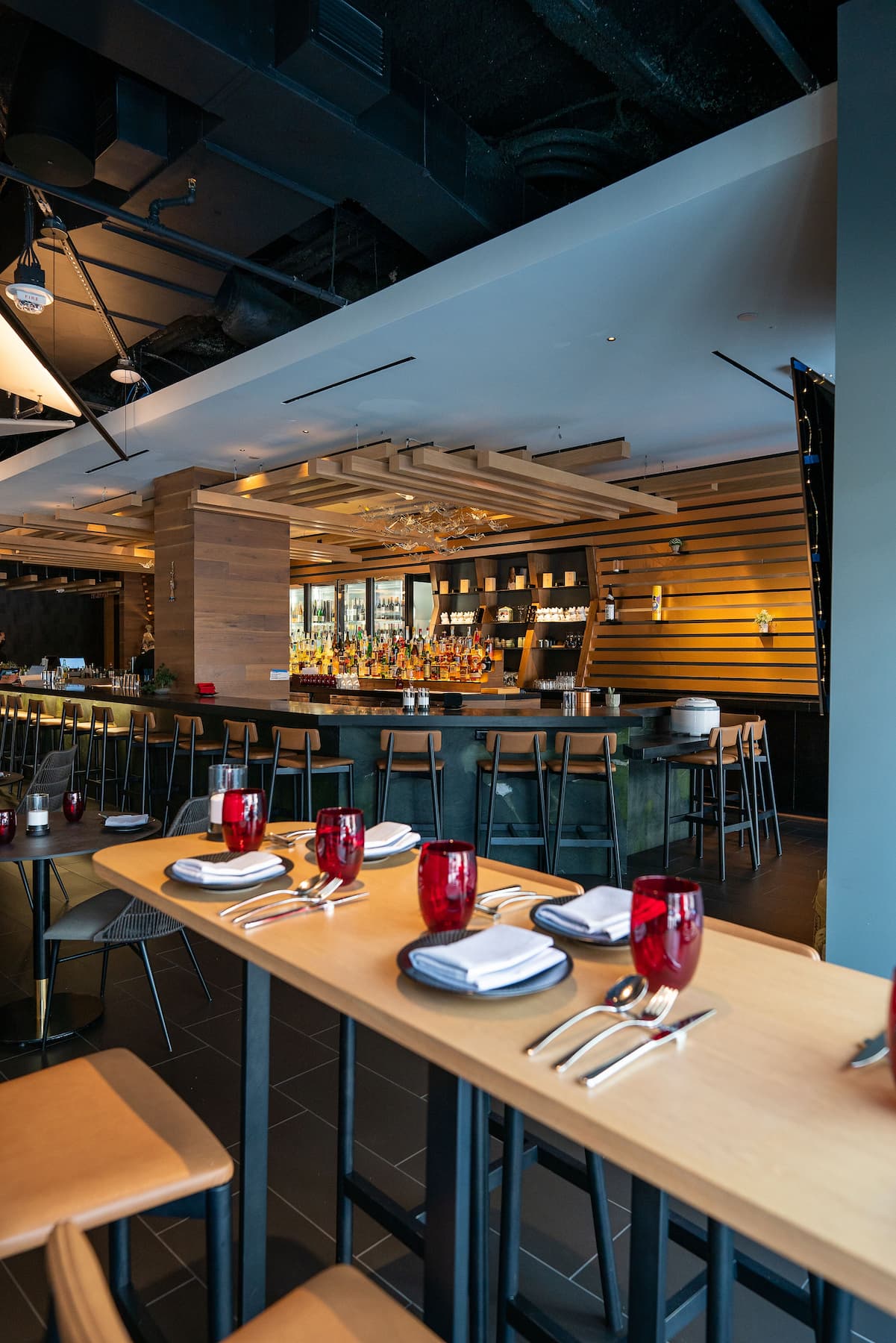 As you can imagine, reservation requests skyrocketed, and Pepe knew he needed more staff to meet the increased demand. Thanks to the industry-wide labor shortage, he was faced with yet another unknown to navigate. Once again, Moncayo made the decision of what to do next with humility and temperance. He decided to keep things small and sustainable, focusing not on the sales, success or profitability of his restaurant, but the quality of service for its guests. “As a chef I believe service and hospitality are much more important than the food. Food is just one part of the experience,” he explains.

Just in case you weren’t convinced of his modesty enough already, Moncayo believes Cranes’ success came not only from the efforts of himself and his hardworking team, but also from federal support, the support of their landlord and to different people in the industry, like MarginEdge. “They provided free services to us for a few months through the pandemic until we were actually able to make some cash. They helped me like I was a full-paying customer and that’s an example of many people in the industry supporting each other. I know that I am privileged because there are many people who have had to shut down.” In a way, choosing the name Cranes could not have been more fitting, as Moncayo’s story is one of hope, resiliency and luck during a time of tragedy for our industry.

So, what’s next for Cranes and Moncayo? A second star? A second location? After a year of being forced to hold back, it can be daunting to try to plan forward. For now, Pepe says he is in paradise. Even with keeping his reservations at a sustainable lower volume, [me] enables Moncayo to track Cranes’ success, keeping him aligned with his business goals. “I can track and get a real feel for all the finances of the restaurant by the minute, and that’s super important,” he explains.

“For the first time in running a restaurant I really feel that I know exactly what’s going on in all the finance and organizational parts.” And even though he’s hesitant to admit it, [me] has become a part of his morning ritual before he even gets out of bed. “One of the first things I do in the morning before I wake up is look at MarginEdge on my phone. Every day at 6 or 7 o’clock in the morning we receive a daily sales email, so even before I put a foot on the floor out of bed, I’m already looking into our data,” he confesses.