Nebraska sits smack dab in the middle of the Flyover States, most typically viewed from 35,000 feet above by people jetting from one U.S. coast to the other. Golfers trapped in aisle seats on those rides are missing out, and many of them might not even know they are soaring past the best modern layout in the country.

Down below, the Cornhusker State has some of the best sand-based golf in the world. For players who crave firm, bouncy, seaside-style layouts with fescue grass, a huge swath of Nebraska offers ideal conditions even though the state is about a thousand miles from either the Atlantic or Pacific oceans. 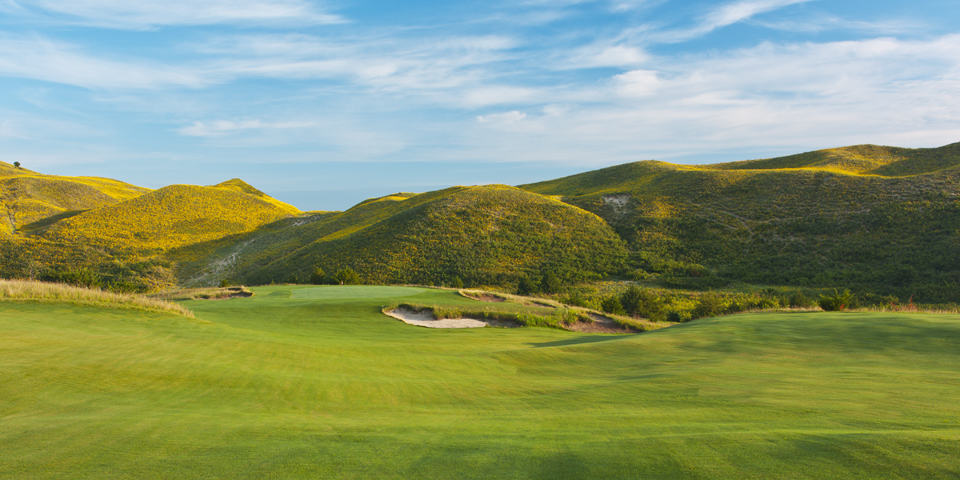 But the state has become a top destination for golfers in the know. It’s all thanks to the Sand Hills, a prairie region of some 20,000 square miles that is home to dunes that climb more than 300 feet and are ecologically different than other grasslands in the Great Plains.

Several top modern course designers have taken advantage of all that sand, which is not great for farming but is perfect for drainage and links-like playing conditions. Combined with wide-open views in what is often described – fairly or not – as the middle of nowhere, the rolling topography has produced what might be considered an unlikely four courses among the top 200 Modern Courses in the U.S., as judged by Golfweek’s nationwide panel of course raters.

Golfweek ranks courses by compiling the average ratings – on a points basis of 1 to 10 – of its more than 750 raters to create several industry-leading lists of courses, including that state-by-state list for private clubs and the popular Golfweek’s Best Courses You Can Play list for facilities that allow non-member tee times.

Tops on the private list in Nebraska is Sand Hills Golf Club, which was designed by Bill Coore and Ben Crenshaw and opened in 1995. The naturalistic layout near Mullen is also the top-ranked Modern Course – a list for layouts built in or after 1960 – in the United States.

So perfect was the land for Sand Hills Golf Club, Coore has said the problem wasn’t finding 18 great holes but limiting the property to only 18. The land was dotted with fantastic golf opportunities, Coore has said, forcing the designers into choosing a routing that worked best while ignoring dozens of potential all-world holes.

Course architect Tom Doak likewise was given stunning terrain for Dismal River Club’s Red Course, also near Mullen, which ranks No. 2 among Golfweek’s Best private courses in the state and No. 35 in the U.S. among all Modern Courses. Omaha Country Club is No. 3 among Nebraska’s private courses, with Dismal River’s White Course at No. 4 and ArborLinks in Nebraska City at No. 5. 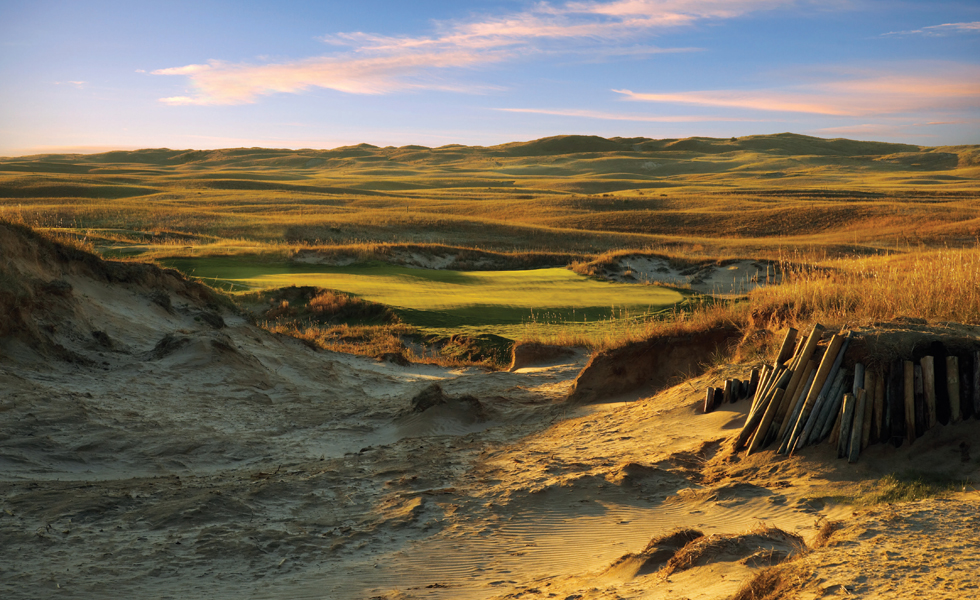 And public-access golfers have great options in Nebraska, too. The Dunes Course at The Prairie Club in Valentine – designed by Tom Lehman and Chris Brands in the Sand Hills – is No. 1 on Golfweek’s Best Courses You Can Play public-access list for the state, and it ranks No. 108 among all U.S. Modern Courses.

Wild Horse Golf Club in Gothenburg – laid out by Dave Axland and Dan Proctor – is No. 2 among Nebraska’s Best Courses You Can Play and No. 133 among all Modern Courses. Bayside in Ashland is No. 3 in the state for public access, followed by The Prairie Club’s Pines Course at No. 4 and Quarry Oaks in Ashland at No. 5. 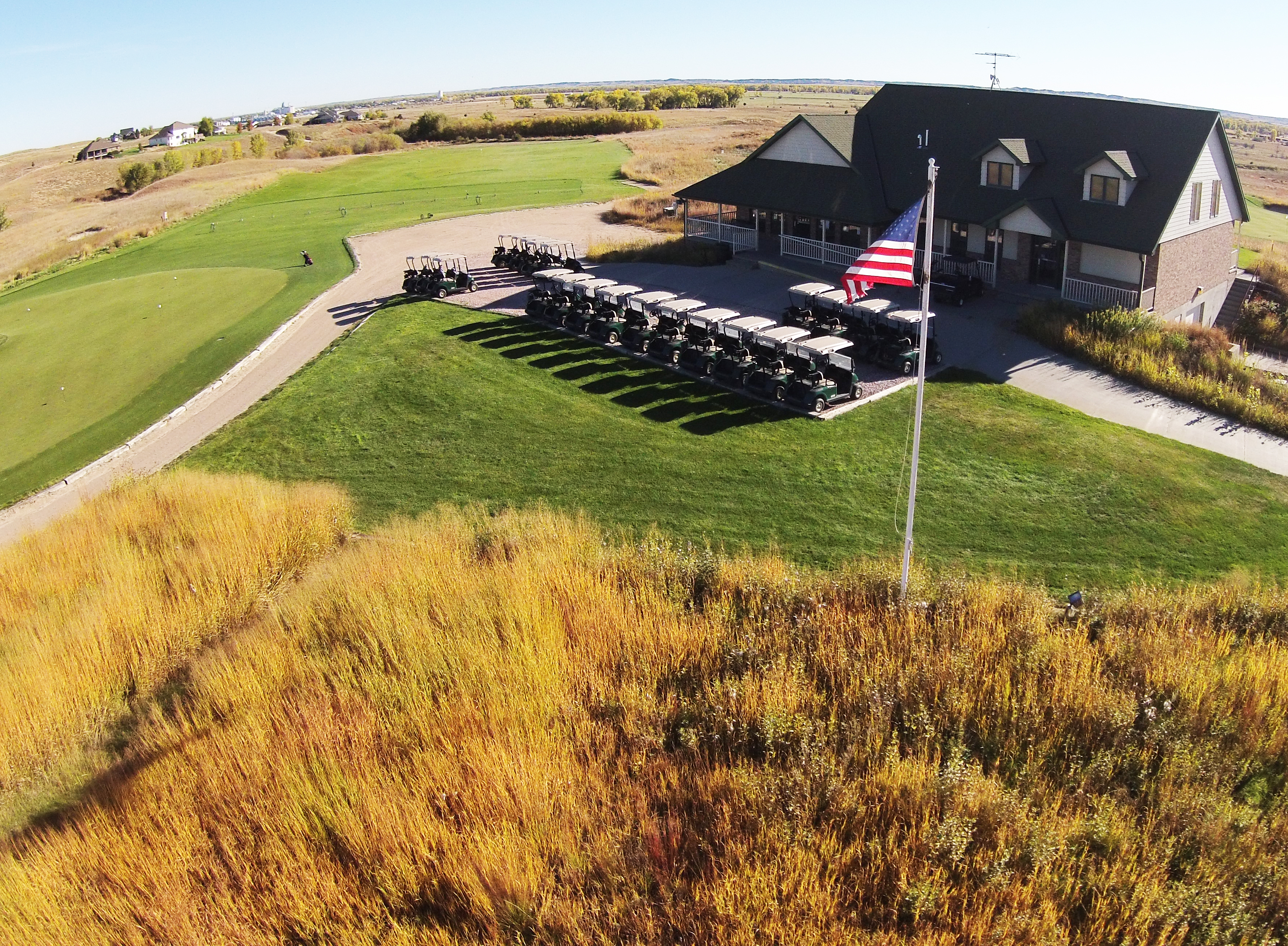 It all makes for what some uninformed golfers might find to be a surprisingly strong golf state. Golfweek in 2020 averaged the ratings of the top five public-access courses and private courses in each state to compare best spots for course architecture, and Nebraska ranked No. 14 among all states for elite public-access golf courses and No. 15 among all states for private courses.

These elite courses also have changed Nebraska from a flyover state for golfers to a must-play destination for well-heeled players in private jets. So if your commercial travel plans include a leg across Nebraska, remember to ask for a window seat and keep an eye out for what you most certainly are missing down below.

Golfweek’s Best Courses You Can Play in Nebraska