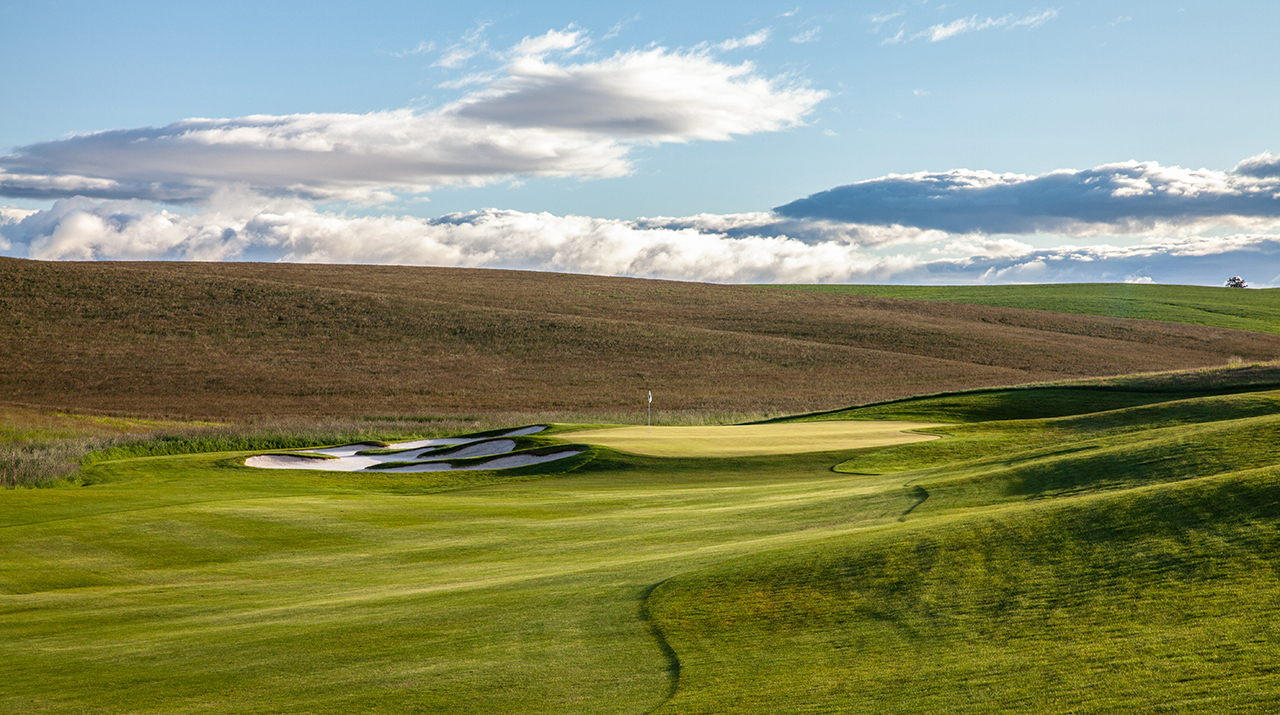 Wide-open skies or lakeside charms? Those are two great choices to have when considering the best two public-access golf courses in Idaho. Best of all, you can sample them both within half an hour’s drive of each other.

No. 1 on that list for the Gem State is Circling Raven (pictured atop this story) in Worley in far western Idaho, not far from Washington state line. A Gene Bates design that opened in 2003, Circling Raven sits next to the Coeur d’Alene Casino Resort Hotel, with the mostly wide-open course rambling across 620 acres surrounded by native prairies, wetlands, woodlands and wheat fields. Waving yellow grasses stretch toward mountains, and the long views and big skies do their best to steal attention from the course.

The No. 2 public-access course in Idaho is only 30 miles from Circling Raven, but it plays as if it’s in a whole other realm. In fact, instead of waving grasses and big skies, the layout at Coeur d’Alene Resort requires players to take a boat. 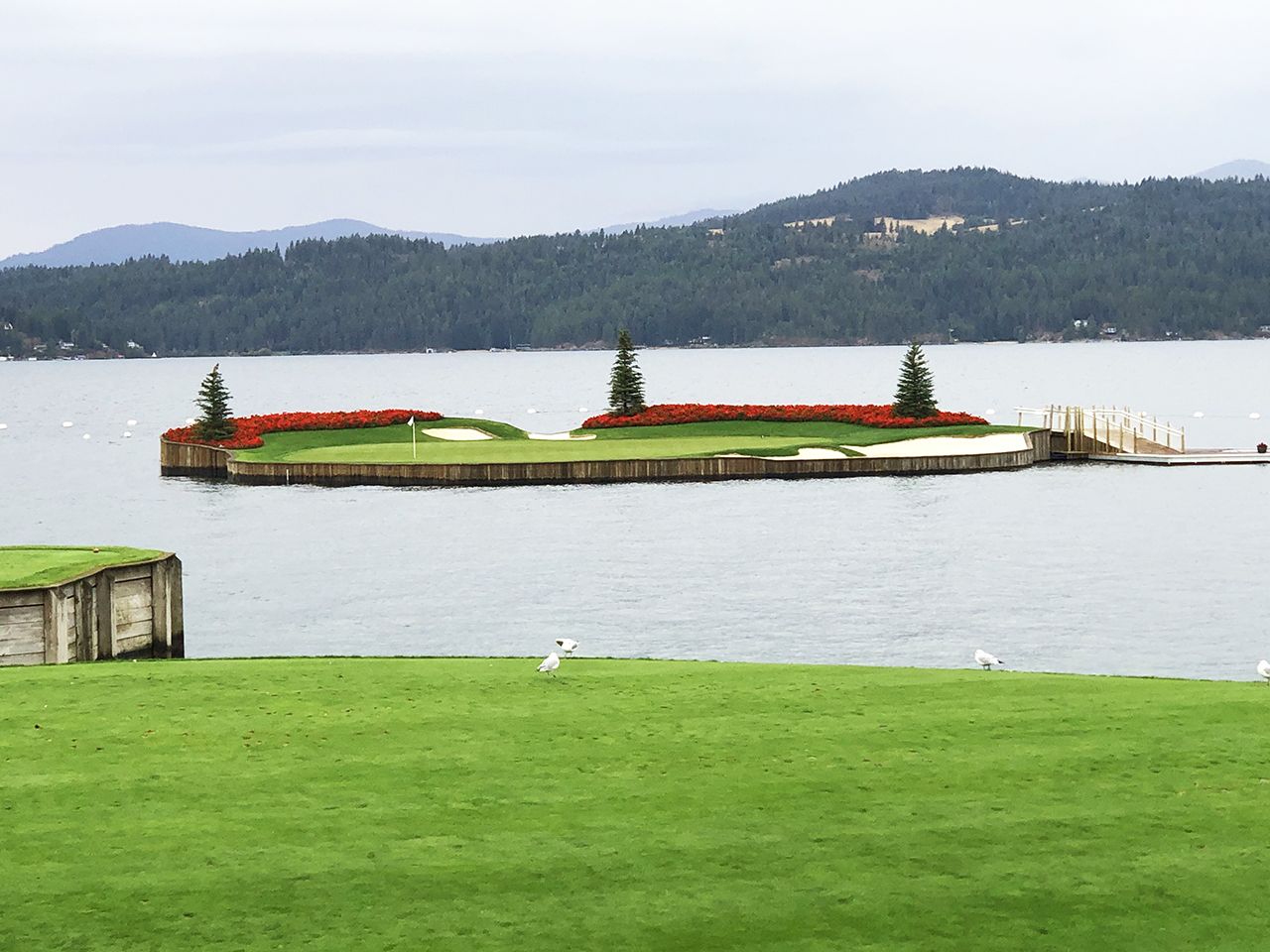 No affiliated with Circling Raven or the tribal casino to its south, the layout at Coeur d’Alene Resort – located in the town of Coeur d’Alene – was built by Scott Miller and features one of the most dramatic holes in the game with the par-3 14th. The green sits atop a manmade, floating island that can be moved to various distance off the tees via a system of underwater cables. The floating green weighs more than 4 million pounds and is 55 yards wide, complete with bunkers, trees and flowers. Players take a boat named Putter to the green after teeing off, then return on the boat after putting out. 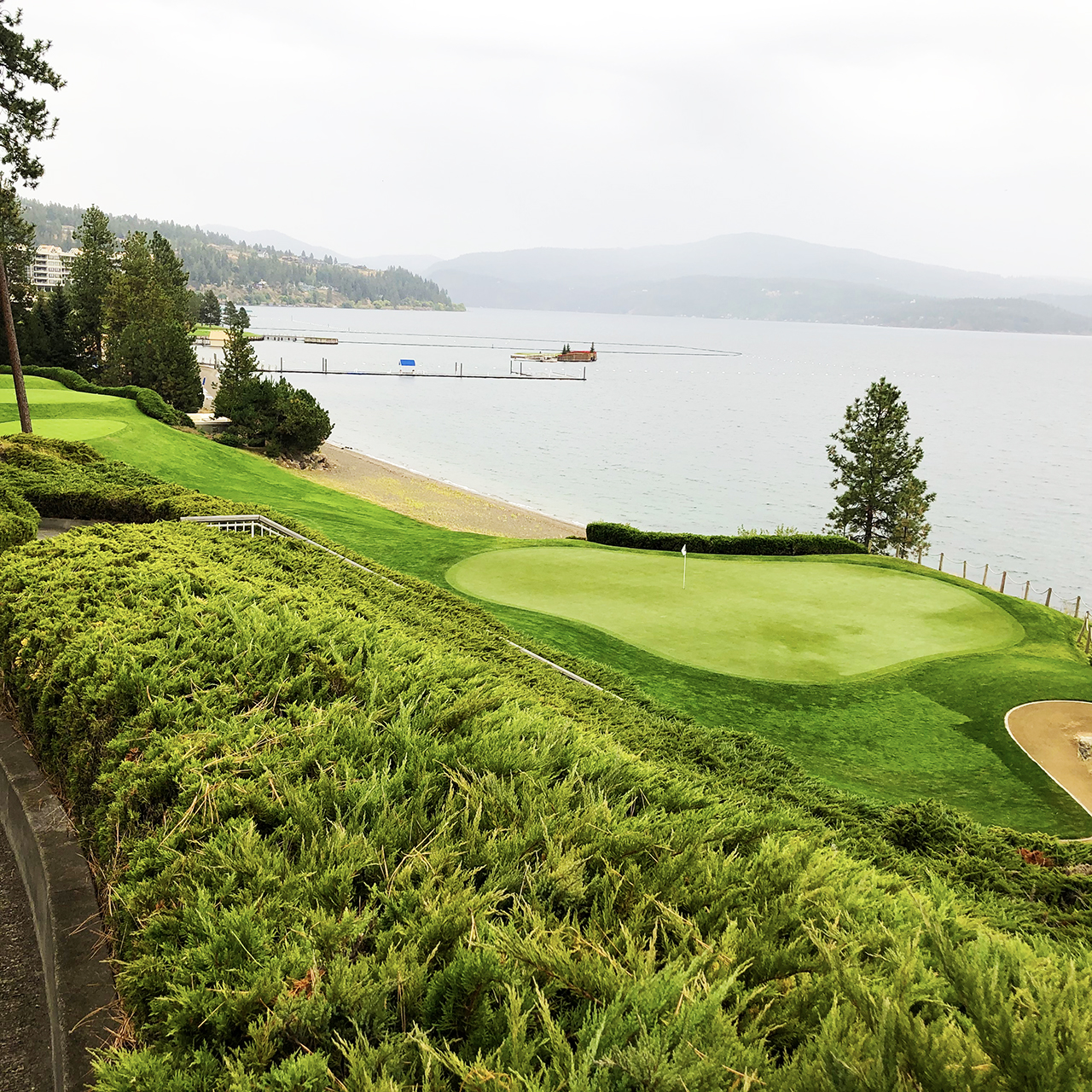 And while that floating green steals much of the spotlight, the other 17 holes provide a fun, extremely playable romp up and down hillsides through towering trees and along the shore of lake.

The No. 3 public-access course in Idaho is BanBury in Eagle, followed by No. 4 Jug Mountain Ranch in McCall and No. 5 Falcon Crest in Kuna.