Missouri presents one of the best opportunities in the United States to play one state’s top two public-access golf courses within an easy 30-minute drive of each other.

It’s easy: Just head to Branson, not far north of the Arkansas state line. Big Cedar Lodge has the top two courses – Ozarks National and Buffalo Ridge – on Golfweek’s Best Courses You Can Play list for 2020 in the state, and No. 3 is less than half an hour away at Branson Hills Golf Club.

Golfweek ranks courses by compiling the average ratings – on a points basis of 1 to 10 – of its more than 750 raters to create several industry-leading lists of courses. That includes the popular Best Courses You Can Play list for courses that allow non-member tee times. These generally are defined as courses accessible to resort guests or regular daily-fee players.

No. 1 in Missouri is Ozarks National, built by the design duo of Bill Coore and Ben Crenshaw and opened in 2019. The course takes advantage of the mountainous terrain with holes playing atop and along several ridges. With long views from atop the hills and no adjacent development, it’s one of the most scenic mountain courses anyone could hope to play. It also ranks No. 33 on Golfweek’s Best 2021 list of top resort courses in the U.S. 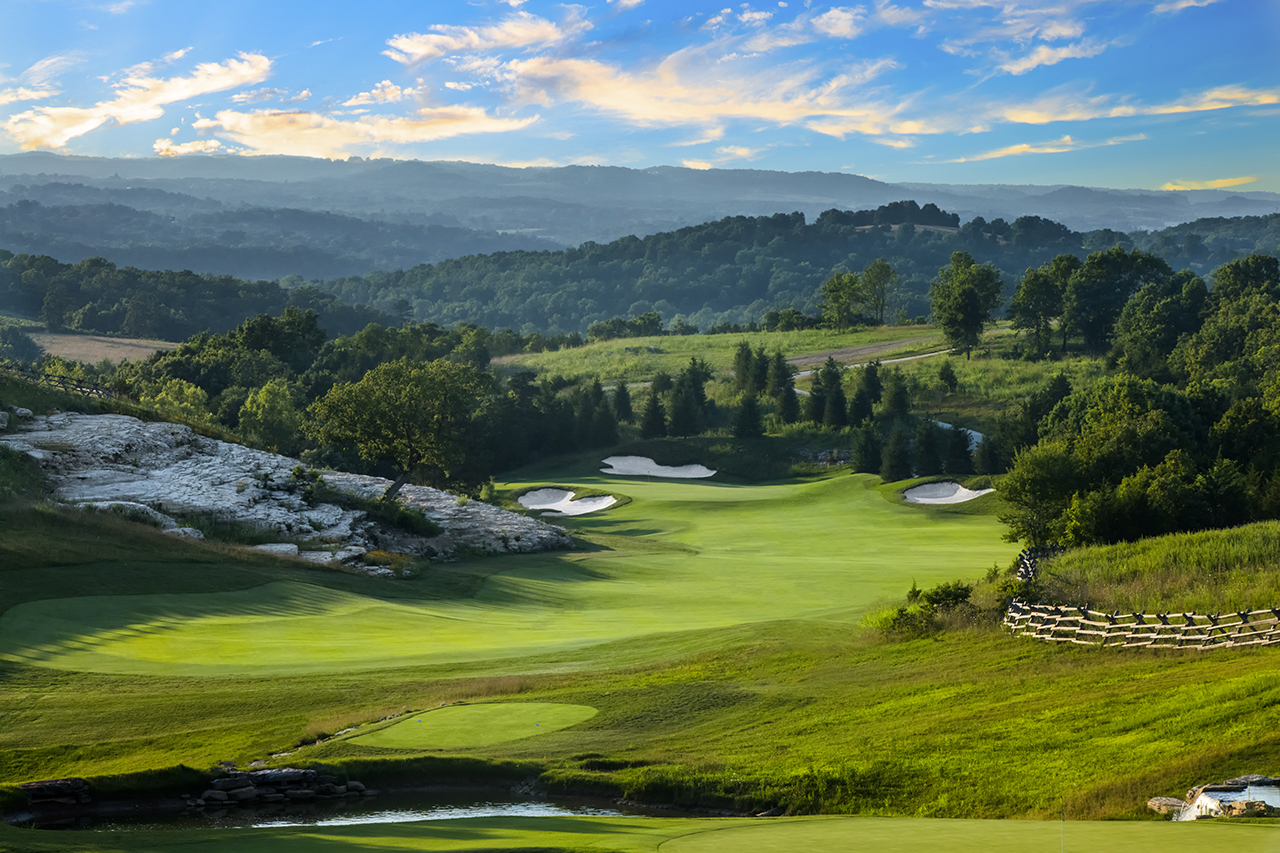 Minutes away is No. 2 Buffalo Ridge, which Tom Fazio redesigned in 2015 and that plays tighter than Ozarks National through the mountainous terrain. It ranks No. 63 among top resort courses in the U.S.

Also at Big Cedar Lodge and just across the parking lot from Ozarks National is the new Tiger Woods-designed Payne’s Valley, which is sure to appear at some point on the Best Courses You Can Play list in Missouri but which hasn’t received the minimum number of ratings to be included in the Golfweek’s Best rankings. The island-green, bonus 19th hole at Payne’s Valley, which sits beneath giant rock walls, has become a social media darling since the layout opened in 2020. 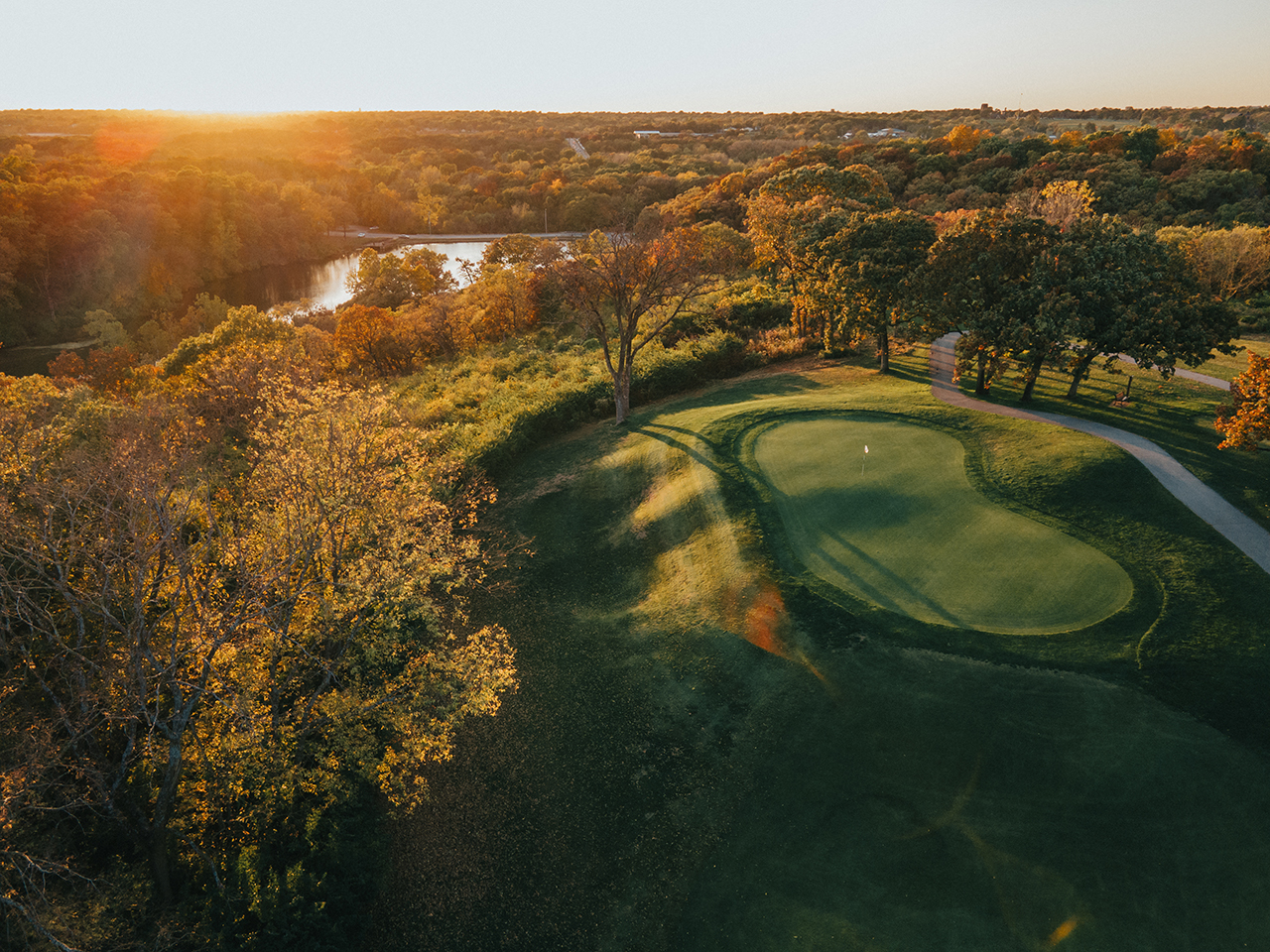 No. 3 in the state is Branson Hills, another mountain layout that was designed by Chuck Smith with consultation by former PGA Tour player Bobby Clampett. Swope Memorial in Kansas City is No. 4 in the state, and Old Kinderhook in Camdenton is No. 5. 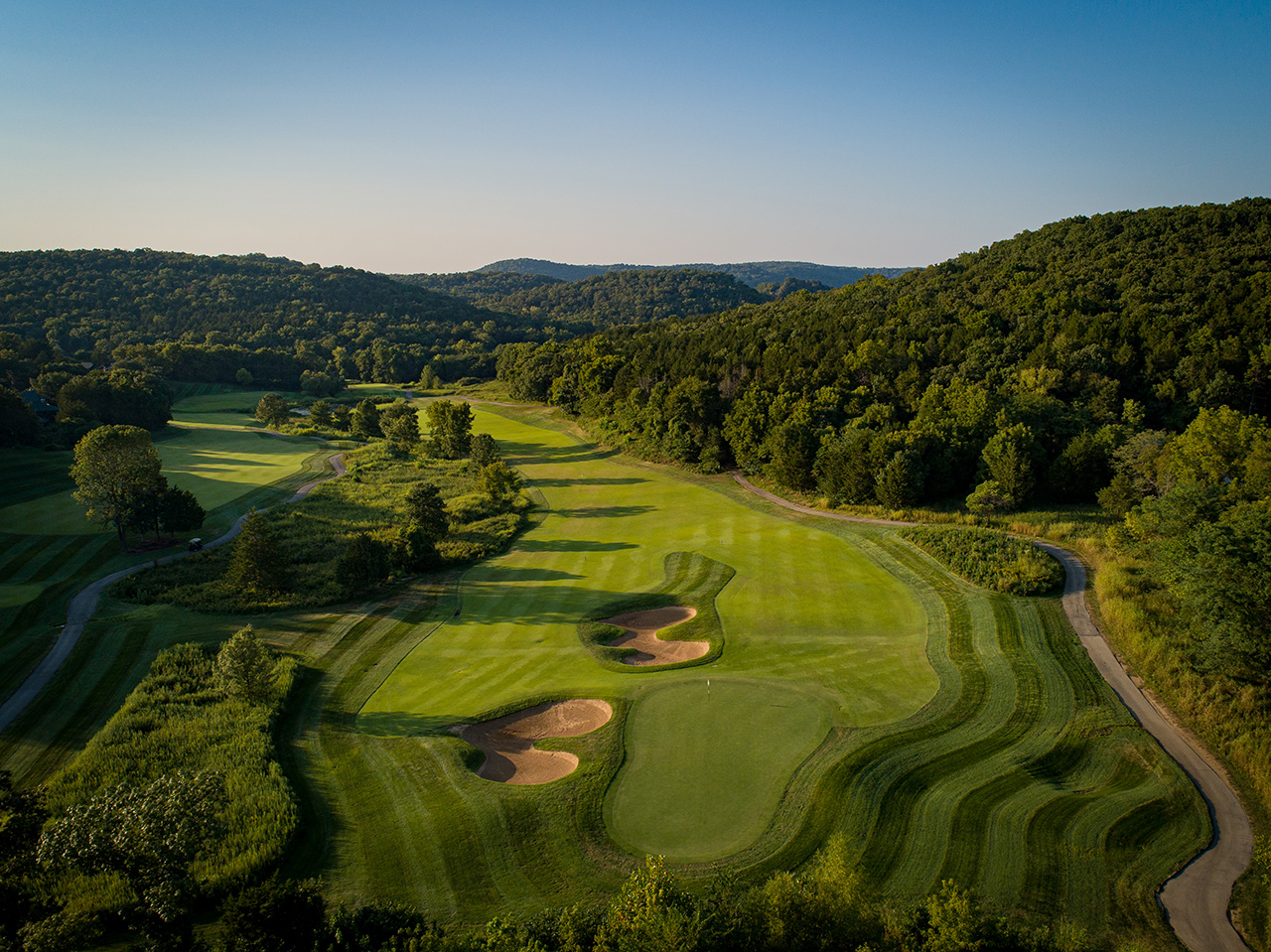 Golfweek’s Best Courses You Can Play in Missouri