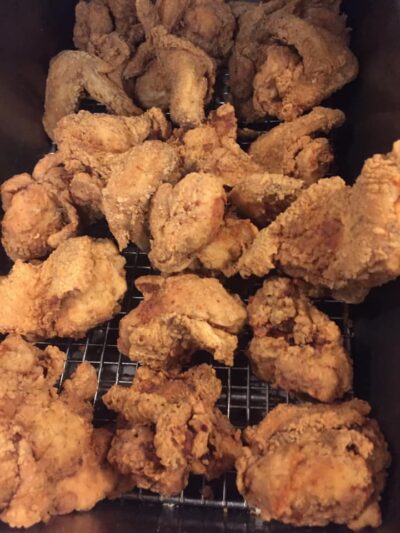 You should arrive early if you wish to discover what makes the fried chicken at Martin’s Restaurant stand out from the crowd. The Montgomery meat-and-three is one of the rare places that serves the pulley-bone cut of chicken, and it goes quickly.

You might be thinking, the pulley bone? It’s the part of the breast that holds the y-shaped wishbone, which helps ensure the surrounding meat stays succulent when cooked. It’s what is known as a “butcher’s cut,” the kind of extra-delicious portion that professional meat cutters like to save for themselves and aficionados hunt down.

The cut-up birds you get from groceries and restaurant suppliers usually are divided into legs, wings, thighs, and halved breasts with the wishbone removed. Martin’s processes whole birds for its famous fried chicken, making a perpendicular cut to the breast that segments the pulley bone from the rest.

Regulars at the family-owned restaurant, which dates to the early 1930s, know to ask for the pulley bone when they order. There’s only one per bird, and it’s usually the first to run out.

Any piece you get, however, is a special treat. The outside is crisp and slightly spicy but grease-free, and the meat is moist and flavorful. The recipe dates back to the beginning at Martin’s, and the current owning family continued to use it when they bought the restaurant in 1939.

Fans and numerous food publications call it the best fried chicken in Alabama, and it graces the “100 Dishes in Eat in Alabama” list by the state tourism department.

But Martin’s is not all chicken. Meat options on the daily changing menu include fried catfish, pork chops, meatloaf, and turkey with dressing. 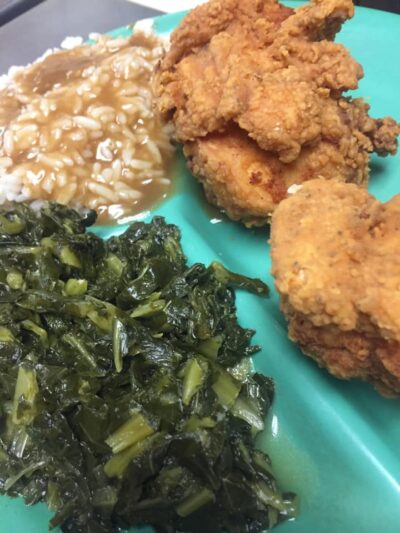 The restaurant, which is open from 11 a.m.–7 p.m. on weekdays and for lunch only on Sundays, also is known for its cornbread muffins served by the basket. Entrees ($12 at lunch, with $16 dinner specials served after 2 p.m.) come with a choice of three sides such as turnip greens, lima beans, candied yams, squash casserole, and mashed potatoes with gravy.

Save room for dessert. Martin’s makes its own pies, including chocolate, coconut, lemon, and butterscotch meringue, pecan, apple and sweet potato.

The restaurant is run by Maryanne Merritt, whose father, David Smith, bought it from founder Alice Martin and decided to keep the original name. His wife, Mildred Smith, later took charge. Merritt, who practically grew up in Martin’s, took the reins after her father’s death in 1997.

One of Montgomery’s oldest full-service restaurants, Martin’s boasts that it serves Southern cooking done right. But if you want a pulley bone, don’t dilly-dally getting there.