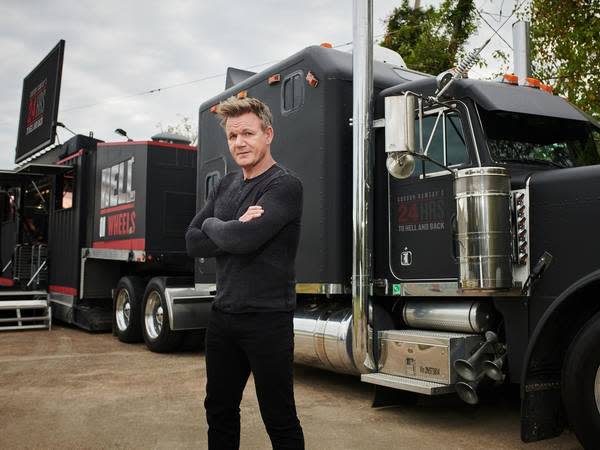 WATERBURY, CT – Though the weather may be getting colder, things were apparently heating up in one Connecticut restaurant's kitchen this week while celebrity chef and television personality Gordon Ramsay was in town.

On Wednesday and Thursday, Ramsay took control of Vasi’s Restaurant in Waterbury for an episode of his Fox TV show "24 Hours to Hell and Back," The Republican-American reported.

While the acclaimed chef is probably most well-know for his heated temper on the FOX reality cooking competition "Hell's Kitchen," Ramsay is also known for his work attempting to save failing restaurants in front of the camera on his show "Kitchen Nightmares," which ran from 2007 to 2014.

In that show, Ramsay would spend a week with a restaurant while attempting to fix its shortcomings. "24 Hrs to Hell and Back" features a similar premise with one major difference: as the name suggests, he only has 24 hours to turn things around.

According to the Rep-Am, eyewitnesses present during the filming of the show said Ramsay did not hold back on his signature attitude, at one point ripping into owner Vasili Kaloidis. They also said two waitresses ended up running out of the restaurant in tears, forcing Ramsay to chase after them.

As part of the show's format, Ramsay first entered the restaurant in disguise, posing as a patron before confronting the kitchen staff.

According to their website, Vasi's is a restaurant and bar on Watertown Avenue that specializes in Italian-based food with a Mediterranean flair.

"Here at Vasi's Restaurant we offer an extensive variety of dining options which include a lunch, dinner and late night menu with the occassional entertainment offered in our lounge," the website reads.

The current menu listed on the website offers items such as bruschetta a la romano, clams casino and buffalo wings for an appetizer, pasta dishes including fettuccini alfredo and linguini & clams, and entrees such as chicken parmigiano and a New York strip steak.

This wasn't Ramsay's first rescue mission in Connecticut. On "Kitchen Nightmares," he visited restaurants in both Stamford (season 2) and Bridgeport (season 4). Both places are now closed.

Referring to the experience as "slightly stressful" but "pretty damn cool," the Diorio's GM said Ramsay ate dinner at the restaurant two nights in a row, and was "very nice" to all the staff and herself. She also said he was satisfied with his meals and said "everything was delicious."

According to the show's website, "24 Hours to Hell and Back" is an eight-episode series in which Ramsay goes "through hell in order to bring failing restaurants back from the brink of disaster – all within 24 hours."

You can read the full Rep-Am story here.

Update your settings here to see it.