Every week I blog about the NYT crossword, I look forward to Thursday, as part of the Turn, as we like to call it here at HAFDTNYTCPFCA. It's a chance to see how tricksy our constructor friends can get (although they don't go as crazy as Puzzle #5 at the ACPT, typically). So, while I think this theme is pretty snazzy, I was somewhat disappointed today. But only a little.

The concept here is standard two word phrases where each word can be parsed as the sound something makes, then is clued by those two sound making somethings. I probably could have done without the = part of each clue. It took away from the trickiness.

So as an example, you get a cell phone, which often rings, and bubble wrap, which definitely pops, together making RINGPOP. Or, even better, a lightsaber and impatient fingers creating HUMDRUM. The revealer is apt (apt!), at 57A, SOUNDMIXING. 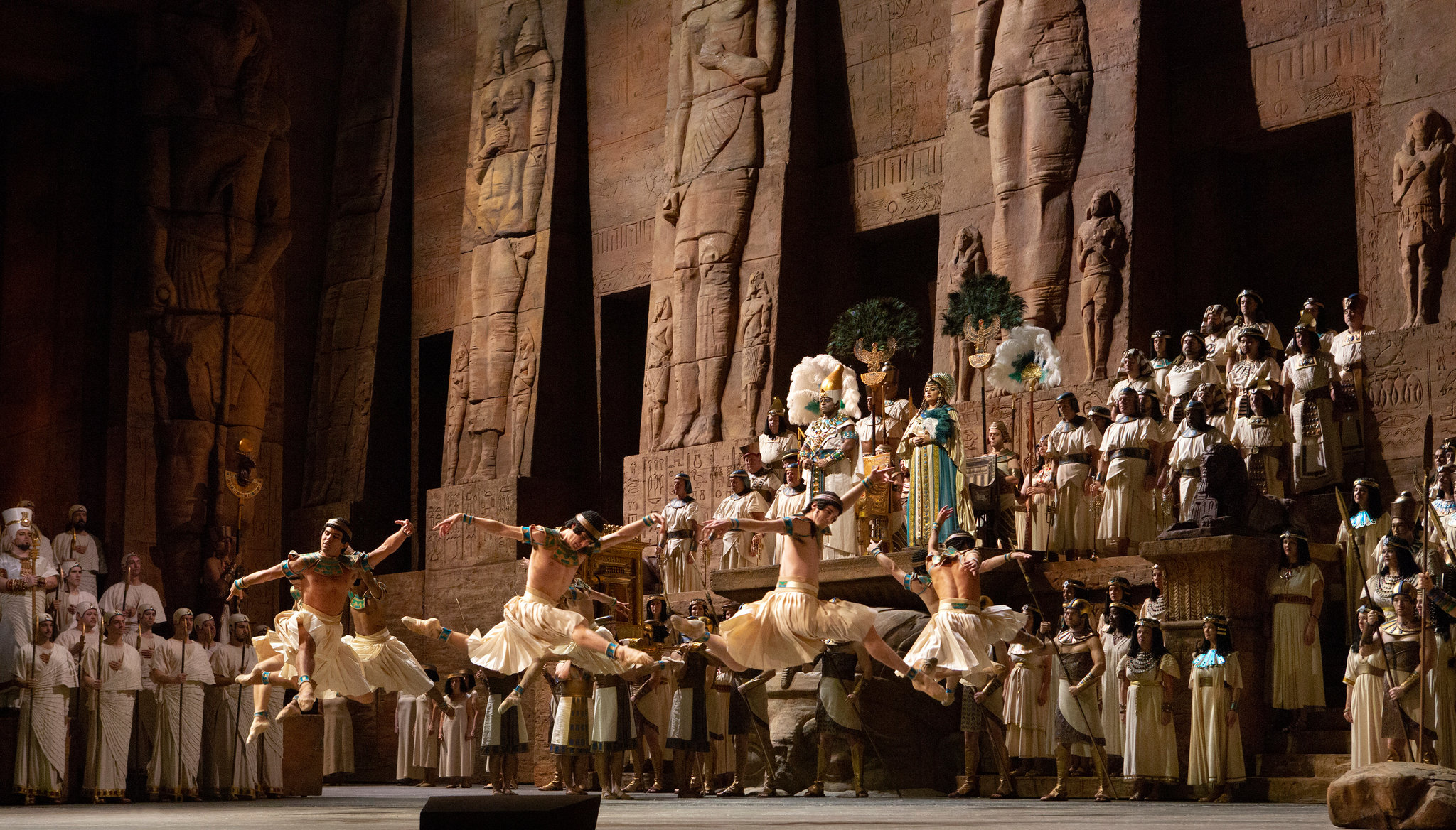 AIDA
For fun clues, we get a few like 60A: It's often included in a good deal (ACE) and 62: Watch it! (VIDEO). In the down clues, there are a couple of QMCs like 2D: A key to what's underneath? (DOWNARROW). This is very nice, but I so wanted DOWsingrod (one letter too many). Also 32D: United way? (PLANERIDE).

I appreciate three word phrases in eight letters, which comes up twice, symmetrically, with COZYUPTO and IMALLOUT.

I almost had another Natick moment (a square where the letter is a guess in both directions) at the crossing of ABE and BAIDU, but B was the most likely answer.

A quick solve for a Thursday at 5:43. Looking forward to the themelesses tomorrow and Saturday!