The restaurant Carbone, in New York's Greenwich Village, is a modern incarnation of the old-school New York City red sauce joint: think The Sopranos, but with a glam filter. From my vantage as someone who's spent years in the NYC hospitality industry, I think Carbone does virtually everything right, from the service to the spicy rigatoni. And over the past near-decade, the celebrities have come to agree with me.

On any given night, you might see Justin and Hailey Bieber or Rihanna and A$AP Rocky entering or leaving the dark-paneled dining room. Plenty of Kardashians and Jenners have eaten there: Kim, Kourtney, Kendall, Kylie—take your pick. So have Drake, Adele, Jennifer Lopez, and Travis Scott. When Kanye West took Julia Fox there on their “first date" (or was it performance art?) back in January, the place entered the popular consciousness as a celebrity hotspot.

But the truth is that as soon as it opened in 2013, Carbone was the talk of the town. I remember that era vividly, as I was working for a boutique concierge firm headquartered in the Flatiron District. "Every concierge in the city was waiting by the phone at nine o'clock in the morning 30 days out to try to book," my former colleague Steven Zangrillo, who worked as a hotel and real estate concierge, tells me. "Oh, and everyone lied about going there—people would call and say they'd been there just last week and wanted me to get them in again, but when I reached out to my contact at the restaurant, she'd say she'd never heard of them in her life."

Helmed by Queens-raised chef and restaurateur Mario Carbone, along with partners Jeff Zalaznick and Rich Torrisi, Carbone is a moody, nostalgic ode to midcentury Italian-American culture. The restaurant is owned by Major Food Group, which operates locations in New York, Miami, Las Vegas, and Hong Kong, as well as a handful of other restaurants both in the U.S. and internationally. Its wildly popular previous establishments were built on small, pared-down spaces with singular daily offerings, but Carbone was physically bigger and much more traditional in format.

“It was the first time in our company’s life where we were handing out menus for people to order from,” Carbone tells me. “It felt giant. The idea of having it be full all the time was certainly not something that we were expecting, by any means—it was just [about] filling this huge restaurant to do enough business to warrant this [expansion] for the company.” 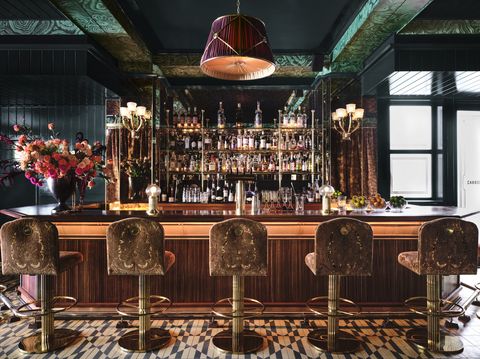 “Huge” is a relative term; in New York it holds a completely different meaning than, say, a Cracker Barrel off of an Indiana highway. Carbone is intimate but never feels cramped, which is impressive given its location. According to Carbone, there were some naysayers in the beginning, namely critics who were wary of three young guys taking a crack at something very old-school New York. But the restaurant's concise selection of elevated Italian-American classics won them over.

"The perception was that it happened very quickly, but for us [our growth] took time," Mario explains. "For me, the real turning point was The New York Times granting us a really beautifully written three-star review—it planted a flag in the ground saying, 'We're here, we're not going anywhere, this is real,' and it was based [on] merit. As three New Yorkers who grew up reading The New York Times, that was a big moment for us." 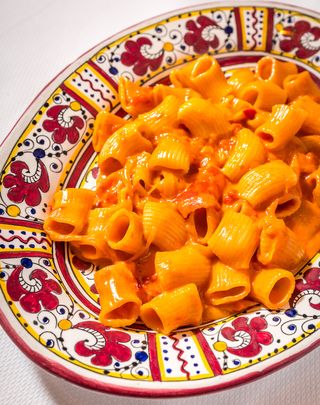 But how did it get on Rihanna's radar? Though I can't claim full New Yorker status myself, I've been here for 13 years, and so I know better than to lose my shit around a celebrity or any other breed of Very Important Person. The full-body cringe is real when I finally work up the nerve to ask Mario what he thinks of his restaurant's A-list regulars.

Unsurprisingly, Major Food Group maintains a strict no-name-dropping policy, which is all he really tells me. One can only assume that Carbone hits all three of the factors one might want if one were a celebrity looking for a dinner place: discretion, location, and group psychology. If a spot is good enough for J.Lo, fellow A-listers are sure to follow. (It helps that both Carbone's NYC and Miami locations are so dark you can barely see—useful for anyone looking for privacy for an evening.)

Personally, I understand the appeal. The glamour, the sense of nostalgia, the service, the classic cocktails, the possibility of sitting next to an Obama, as I did on one of my first visits years ago: it all adds up to a vibe. I think the key is that none of it has been forced. If you snag a table, you'll see exactly what I mean. In the meantime, you can always make Hailey Bieber's pizza toast (or any of these Carbone-approved recipes), turn the lights way down, and pretend you, too, are dining next to Rihanna. 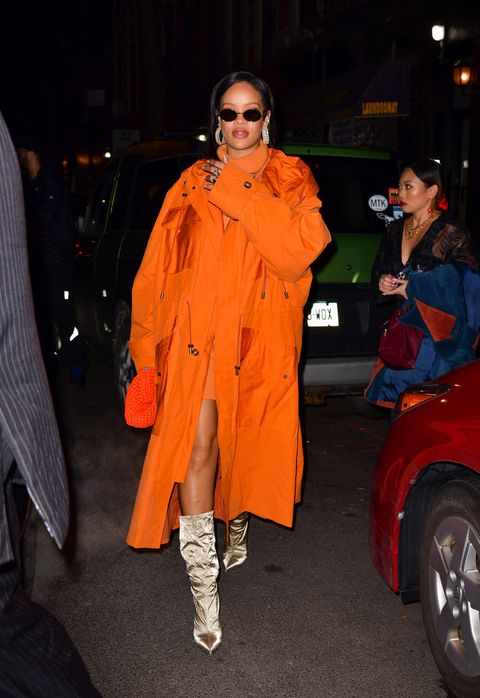