Before he became a celebrity chef, the late Anthony Bourdain was known as the man behind Les Halles, a popular New York City restaurant. 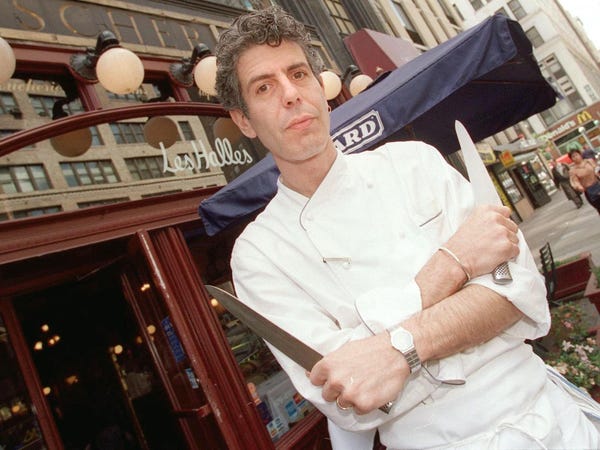 Anthony Bourdain became the executive chef at Les Halles in 1998. The Park Avenue restaurant was also the inspiration for his 2007 memoir, "Kitchen Confidential: Adventures in the Culinary Underbelly," before it closed in 2016. The newer Financial District location closed in 2017, according to The New York Times.

For this weekend only, however, the Park Avenue restaurant is operational again featuring a prix fixe menu of some of Bourdain's classic dishes.

The pop-up is in conjunction with the upcoming release of "Roadrunner: A Film About Anthony Bourdain," which is in theaters from July 16. The documentary gives viewers a look into his career, family life, and how he interacted with both people and experiences throughout his life.

The chef-turned-TV travel show host died by suicide in 2018.