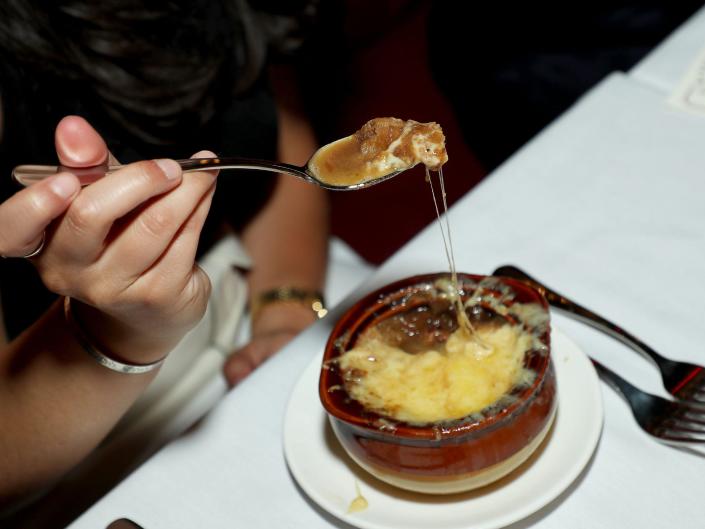 The food was delicious and the atmosphere was familiar at Les Halles.

Before he became a celebrity chef, the late Anthony Bourdain was known as the man behind Les Halles, a popular New York City restaurant. 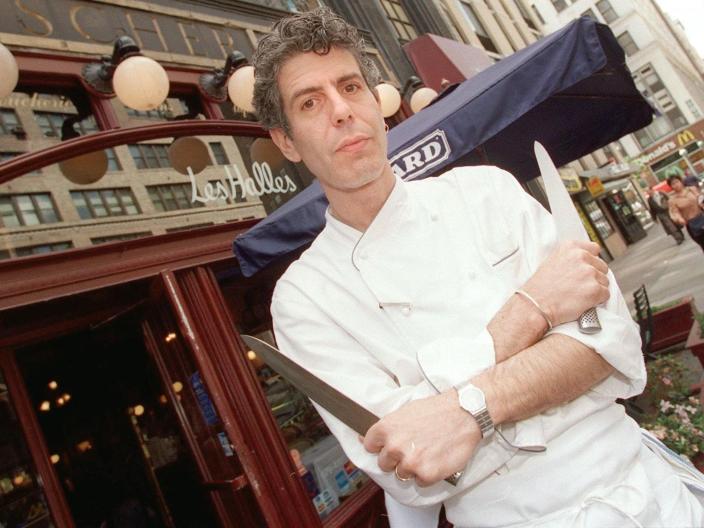 Anthony Bourdain became the executive chef at Les Halles in 1998. The Park Avenue restaurant was also the inspiration for his 2007 memoir, "Kitchen Confidential: Adventures in the Culinary Underbelly," before it closed in 2016. The newer Financial District location closed in 2017, according to The New York Times.

For this weekend only, however, the Park Avenue restaurant is operational again featuring a prix fixe menu of some of Bourdain's classic dishes.

The pop-up is in conjunction with the upcoming release of "Roadrunner: A Film About Anthony Bourdain," which is in theaters from July 16. The documentary gives viewers a look into his career, family life, and how he interacted with both people and experiences throughout his life.

The chef-turned-TV travel show host died by suicide in 2018.

When Bourdain died in 2018, fans left notes, photos, and flowers at Les Halles' shuttered restaurant locations as a memorial. 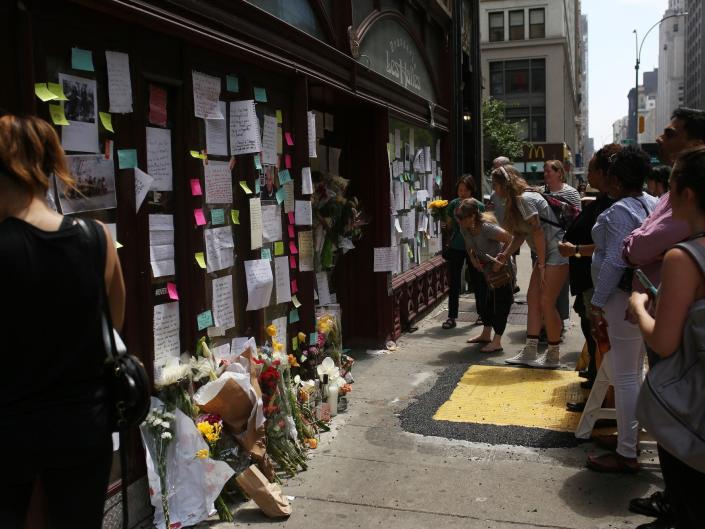 A makeshift memorial at the closed Park Avenue location of Les Halles to honor Bourdain in 2018.

Even though both restaurants were closed at the time, people treated them like shrines to the "Parts Unknown" host.

Some left notes thanking him and others left bouquets of flowers.

The space is set to open as a new brasserie in the fall, but from July 9 through July 11 it's operating as a Les Halles pop-up. I dined there on Thursday night for a press preview. 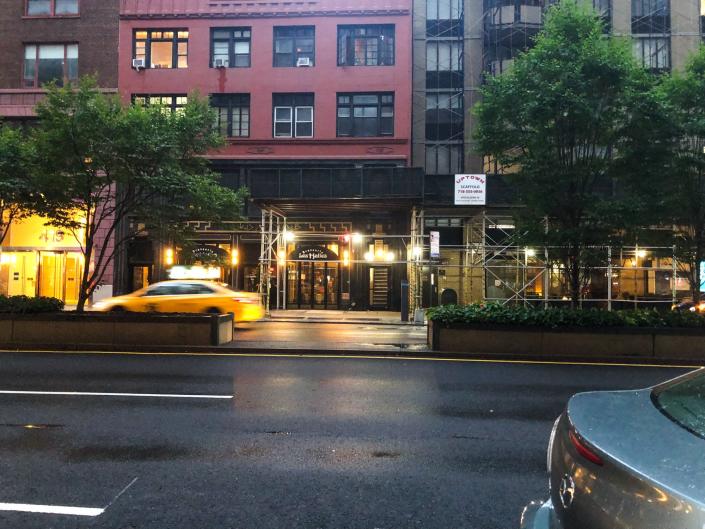 It was nice to see "Les Halles" posted on the Park Avenue building again.

Reservation site Resy and Focus Features — the producer of "Roadrunner" — collaborated with Philippe Lajaunie, the restaurant's original owner and cofounder, and Jose de Meirelles, its original executive chef and cofounder, to bring back Les Halles for one weekend.

As part of the press preview, Insider dined there for free.

From the moment I walked in, I was immediately reminded of the one time I ate at the Park Avenue brasserie. 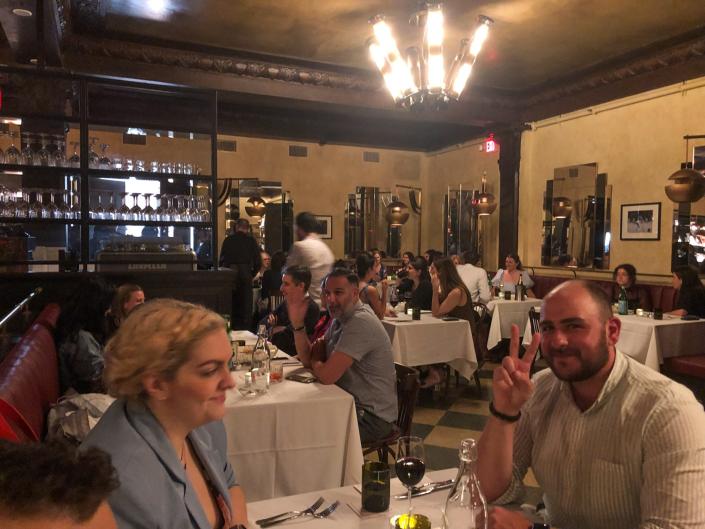 The red leather benches, gold detailing, and white tablecloths brought me back to a family meal enjoyed in the same space many years ago.

As it filled in with diners, it felt less like a press event and more like a Saturday night dinner crowd packed with people who shared admiration for Bourdain.

The $95 prix fixe menu is a collection of appetizers, a main course, and dessert. 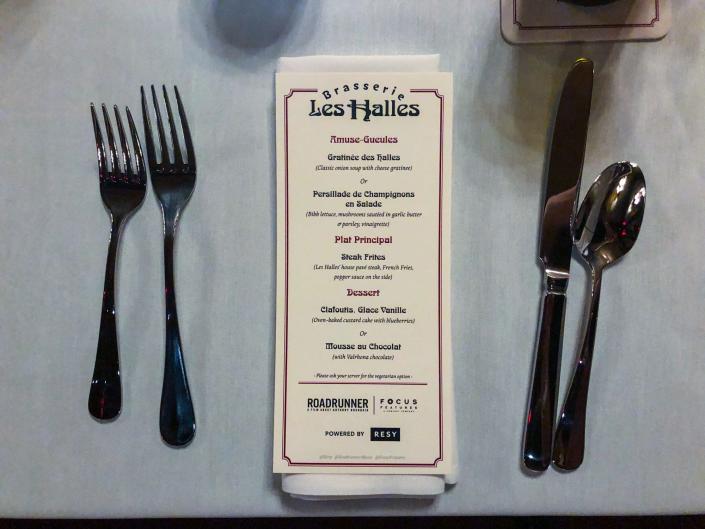 Diners have a choice of appetizer and dessert and can indulge in steak frites for their main course.

For those looking to relive the days of Les Halles, you can set a notification on Resy's website or its app for a chance to attend the currently fully booked event if a spot opens.

I chose French onion soup as my appetizer. 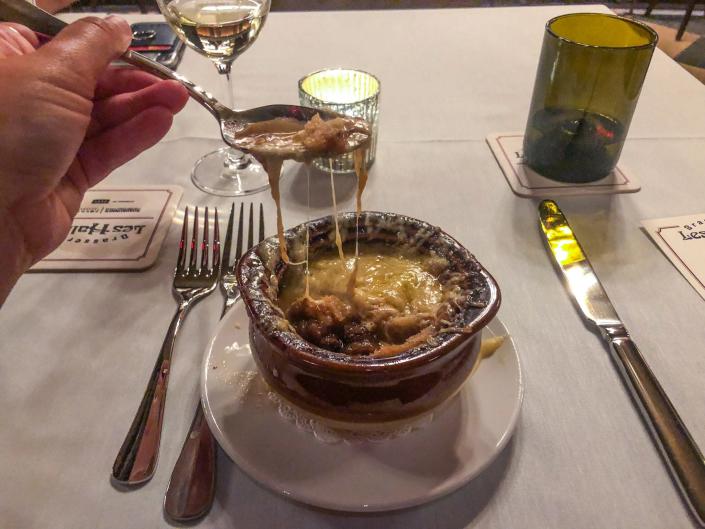 Look at that cheese pull.

Guests have a choice of gratinée de halles (onion soup with melted shredded cheese on top), or a salad with sautéed mushrooms. There was no question in my mind that I was going with the soup.

The cheese was melted and had a slightly hardened top layer. As soon as I broke through with my spoon, steam started escaping and I was able to get the thin, flavorful broth onto my taste buds.

It was savory and flavorful and had large chunks of pancetta inside which added to the burst of decadence I got when I took a bite.

Admittedly, there wasn't as much burnt cheese around the edges as I would have wanted — in my opinion, that's one of the best parts of this classic soup.

The main course is a large serving of steak and French fries. 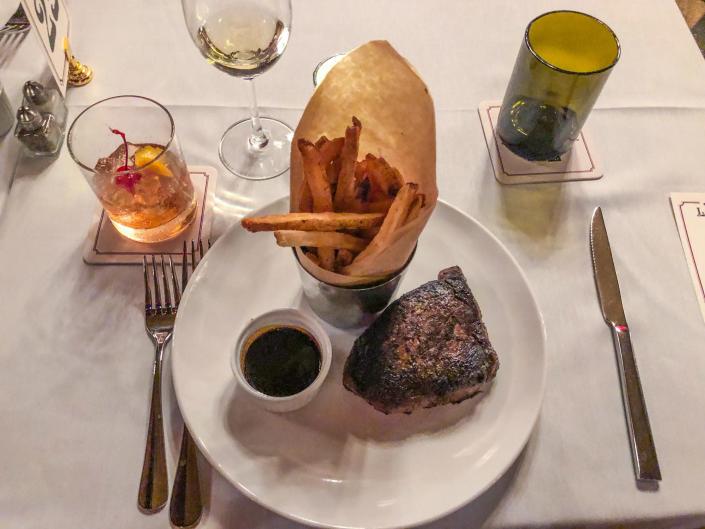 The steak was filled with flavor and the fries were perfect.

Talking about the pop-up, the film's director Morgan Neville, said in a statement emailed to Insider that although both Bourdain and Les Halles are gone, "for these few brief days his restaurant will re-open and we can come together and eat like it's 1999. Steak frites like Tony used to make them."

This dish really did feel like a celebration. It was a generous portion of pavé steak cooked to perfection with a crusty, peppery exterior. The fries were hot, soft in the middle, and sturdy on the outside.

Unfortunately, everyone at my table of five agreed that the au poivre sauce was just too black-pepper heavy in an unenjoyable way. But the flavors of the steak were enough that I didn't feel a sauce was completely necessary.

We weren't asked how we wanted our meat cooked, though, so if you're not someone who prefers medium rare, I'd recommend you speak up beforehand and let your server know.

Resy confirmed in a press release sent to Insider that a vegetarian option would be available upon request. 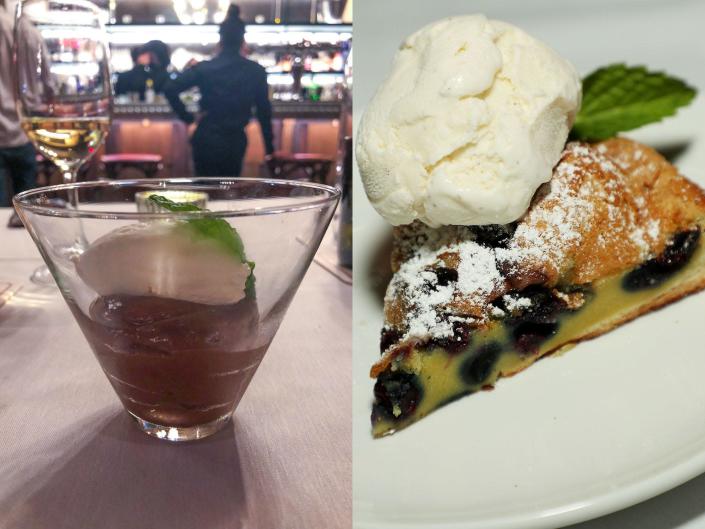 I went with the mousse.

Like the true chocolate lover that I am, I opted for the mousse.

It was rich, thick, and had a whipped texture. The sweetness was complemented by a welcome bitter flavor that's true to form in quality chocolate, and the mint leaf — which, yes, I ate in one bite — added a layer of freshness to the dish.

A dollop of whipped cream sat on top of the chocolate mound and was thicker than I expected it to be, but in a good way.

A table mate who ordered the custard cake said the ice cream scoop was delicious but didn't have much to say about the actual cake.

Diners can order cocktails for an additional charge. 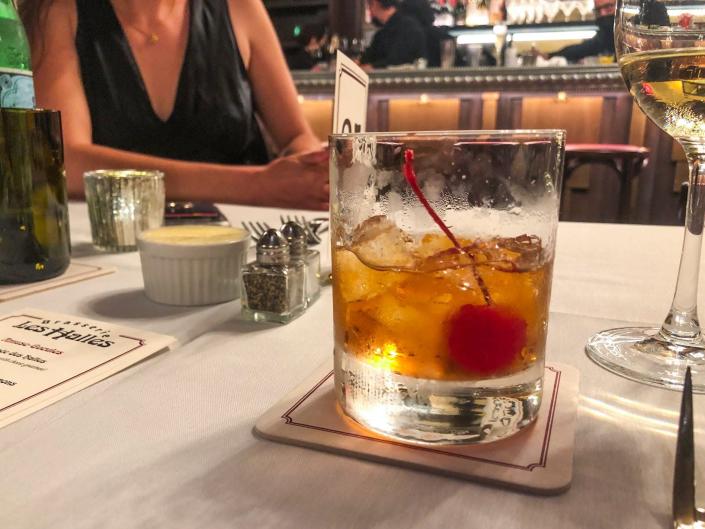 The cocktails were flowing.

Diners can also choose from a selection of wine and beer, which also incur an additional charge.

The restaurant was lined with photos of Bourdain, which was a heartwarming tribute to the late chef. 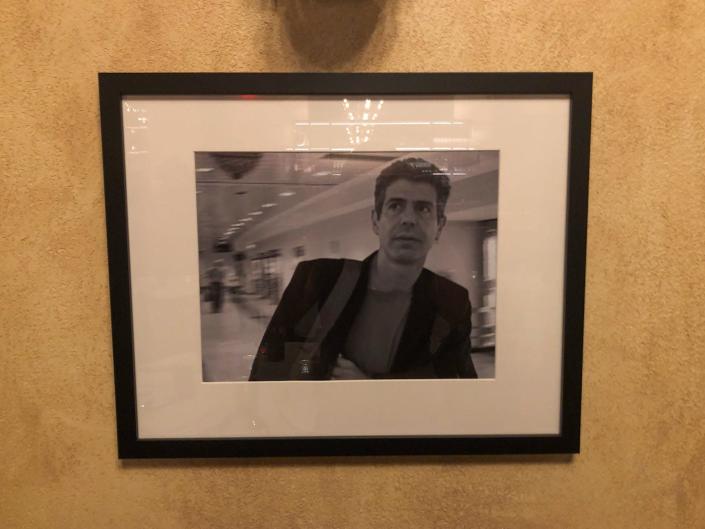 Everyone was there to honor Bourdain.

"It'd take volumes to explore how much Tony meant to Les Halles — how many young cooks he inspired, careers he launched, people who loved him for his no-nonsense social commentary," Lajaunie said in a statement sent to Insider.

While the pop-up honors Bourdain's culinary legacy by serving his food, it also aims to highlight the documentary, which Lajaunie and Neville said is about raising awareness of mental health.

"We don't act because we don't know," Lajaunie said at the preview, referencing how many of the people closest to Bourdain were unaware that he was struggling with his own mental health.

"Keep your eyes open," he continued, "for people who need you, the right word at the right time, a smile."

Read the original article on Insider