It’s no secret that TikTok has the power to skyrocket a small business — and that’s exactly what happened to one Dallas-area restaurant.

Angie Winners Kitchen is an African restaurant in Grand Prairie that’s seen a surge in customers, and it’s thanks to Jessica Serna’s video, which has amassed so far more than 1.3 million views on TikTok and more than 2.6 million views on Facebook.

“I was so happy, I was amazed,” says restaurant owner and chef Angella Adibu.

Serna is a travel and lifestyle blogger based in Dallas, also better known as MyCurlyAdventures on TikTok and Instagram. She’s built her platform over the years with travel content from all around Texas and the country. On her social media platforms, she features many small businesses from around the state.

The TikTok video about the African restaurant went viral last year, but has most recently gone viral on Facebook in the past month. In the video you see Serna and her husband Ismail Mpiana eating different meals at Angie Winners Kitchen during the buffet the restaurant has every weekend.

“I have loved having TikTok for the ability to showcase local businesses. It’s been amazing to hear the stories of people who have sold out because of a video that we’ve done or have gotten customers from all over, even out of state,” Serna says. 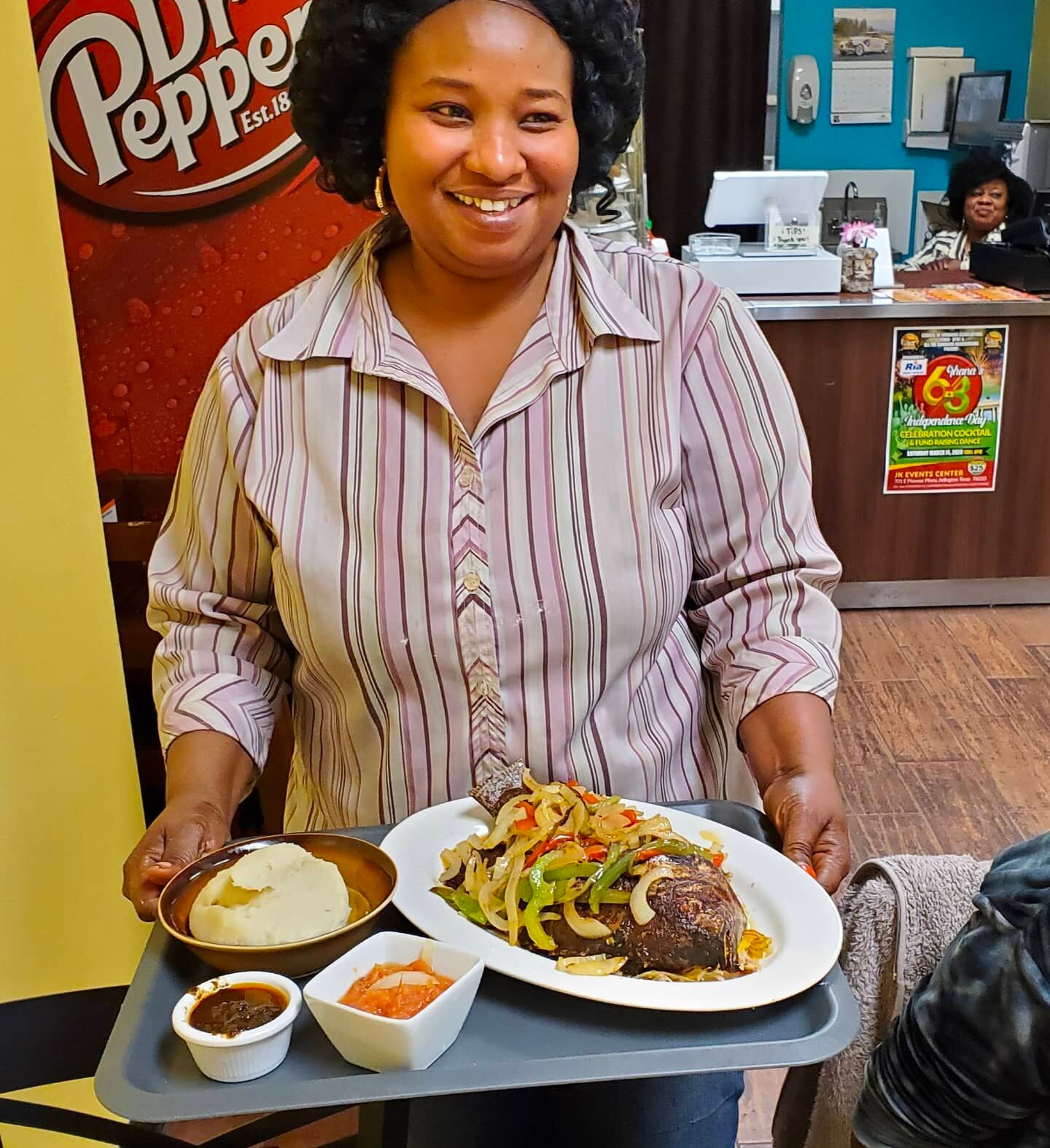 Adibu has been overwhelmed by the support and business she’s received at her restaurant and says she’s seen a lot of new faces this month, some customers even coming from other cities like Austin and Houston.

She’s always loved food, and has a lengthy track record to back it up. Adibu went to culinary school at Benkum College in Ghana where she studied food and nutrition. She graduated in 1997, then went on to study for a year at a pastry school in Ghana. She moved to the United States in 2002, and graduated again from culinary school in 2012 at Robert Morris University in Pennsylvania.

Before the viral video, she had no idea what TikTok was, and she initially found out about it because of her kids— their friends were calling them and going up to them at school saying they saw their mom on TikTok.

That’s when she downloaded the app and took a look for herself.

“Because of that video, people are coming in and saying, ‘I want to try fufu, I want to try red sauce,’” she says.

Fufu is the most popular dish customers have asked for in the past month, she says, it’s also what Serna and Mpiana are seen eating in the viral video.

Fufu is made with starchy ingredients, like cassava, yams, or plantains, mashed together to form a dough-like texture, often served with West African soups and stews.

Adibu is constantly featuring new items on her menu and is always thinking of the next thing, even if it’s not specifically West African food.

“I think all Africans, our food, is the same. But the way that we cook it and the flavor has a slight difference,” she says. “For example, Nigerian jollof rice and Ghanaian jollof rice is the same process, but the rice is different. Ghanaians, we use Jasmine rice, and Nigerians use parboiled rice.”