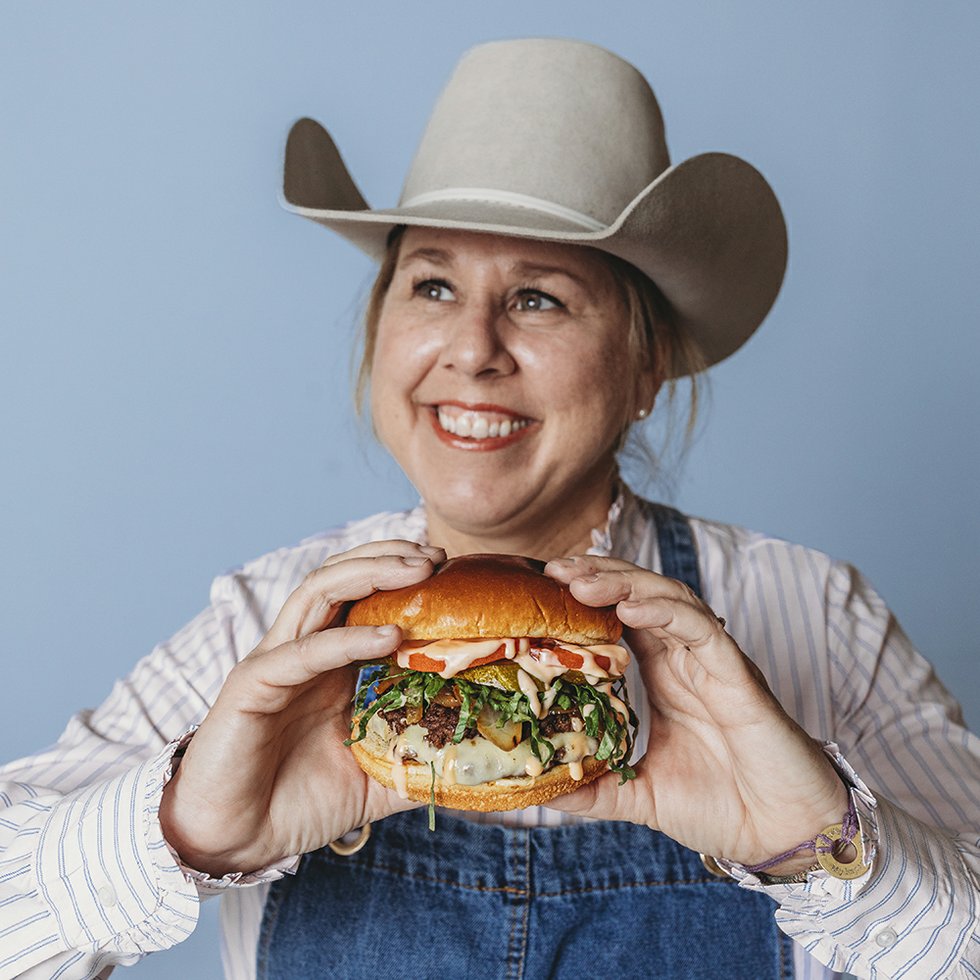 This spring, when Gigi Howell opens the doors to her new burger joint on the far west side of Fort Worth, it’ll mark a reunion of sorts.

Not far from where her burger spot will soon open, just a building or two over actually, was where Howell spent much of her time as a kid: Margie’s Italian Kitchen.

“My parents met there while they were both working there,” she says. “My mom was a hostess; my dad was a busboy. We spent so much time there, I grew up thinking Margie was my grandmother.”

Her roots in the area run deep. Decades ago, Howell’s ancestors settled in — and helped develop — the area, known to many as Westland. Spend a few minutes with Howell, and she’ll tell you about how her grandfather started driving a truck when he was 12, chopping, then delivering firewood all over Fort Worth. She’ll tell you about how her family was instrumental in building many of the homes in Westland, and she’ll show you photos of the area when it was packed with people and businesses.

She’ll also tell you how her strong connection to the area has led her right back to it. This spring, Howell will open JD’s Hamburgers — a good ol’ fashioned burger joint that’ll double as an homage to her family. Occupying a space that started out as a carhop, at 9901 Camp Bowie West, it’ll be just a few feet from Margie’s. After years of working and living in other parts of North Texas, Howell will be home.

“My goal is to help bring the area back to what it was once,” she says. “The area is surrounded by people and development. You’ve got Montserrat, Montrachet, Skyline Ranch, the Walsh development, plus Lost Creek — the area’s packed with people. But they have to go so far west or so far east to get to a fun place to hang out with their families. That’s what I want to do with JD’s — give them a place to go.”

The restaurant — which Howell is opening with business partner Bourke Harvey, along with Joanna and Brendan Bennett and Holman Harvey — is named after her grandfather, J.D. Jimeson, a long-haul truck driver, whose entrepreneurial spirit and strong work ethic have inspired Howell throughout her life.

“No slight to everyone else in my family,” she says with a laugh. “But I just wanted to honor him in the best way I could. What he did in his life, how hard he worked, and what he sacrificed to take care of his family have stayed with me.”

“You notice a theme?” she says. “This place will be all about family. I learned to cook by watching the ladies in my life cook, namely my mom and grandmother. They’re why I do this.”

Anyone who knows Howell knows about her passion for food and family. At 49, she has spent most of her life working in Fort Worth restaurants, going back to the old Celebration at Hulen and Camp Bowie. After Celebration closed (the Dallas location remains open), Howell migrated to Rockfish, Park Hill Café, and finally to Reata, where she was hired as a server and, eventually, worked her way up to guest services manager.

Most recently, she played an instrumental role in the success of 203 Café, a Reata spin-off located in the City Center building downtown. She helped hammer out the menu, train the staff, and run the restaurant. It proved to be a good training ground for her own spot, JD’s, although she won’t be leaving 203 anytime soon, she says.

“I’ll be at 203 during the day and JD’s at night,” says the infinitely energetic, admitted workaholic, minutes before she starts a service shift at Reata. “Reata’s a little understaffed right now, so I’m helping out over there, too.”

As its name implies, JD’s primary focus will be on burgers, made with “thinnish” patties, Howell says; most burgers will be double-pattied. There will be seven to 12 burgers, some straightforward, some gourmet. Her burgers will taste different than most, thanks to the bread she’ll use: a sweet sourdough from Sweet Mesquite Bakery out of Houston.

“The ingredients are all going to come from Texas, from Fort Worth as much as possible, but definitely Texas,” she says.

Hand-cut fries will be among the sides, along with fried onions. For appetizers, look for fried green tomatoes and gussied-up deviled eggs. Desserts will be numerous, she says, but will definitely include banana pudding and fried pies in flavors such as apricot.

“The older ladies in my family taught us kids these great down-home, country desserts,” she says. “There may be more desserts than burgers.”

For a sneak peek of Howell’s food, head to this year’s Fort Worth Food + Wine Festival, where she’ll be cooking burgers at the festival’s premiere event, Burgers, Brews + Blues, on April 2.

The Fort Worth Food + Wine Festival is March 31 – April 3 at various locations throughout the city. For tickets and information, visit fortworthfoodandwinefestival.com. For updates on JD’s Hamburgers, visit jdshamburgers.com